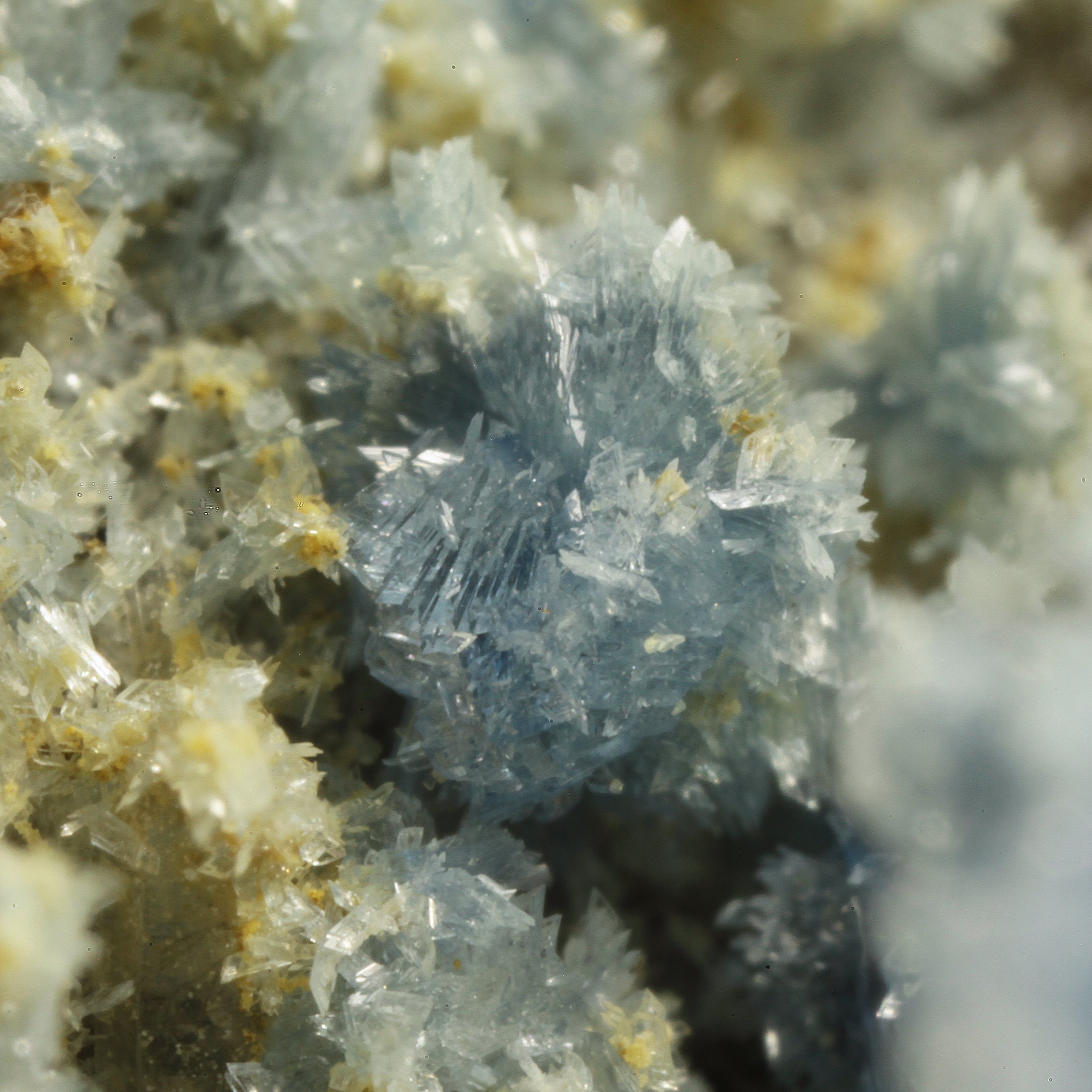 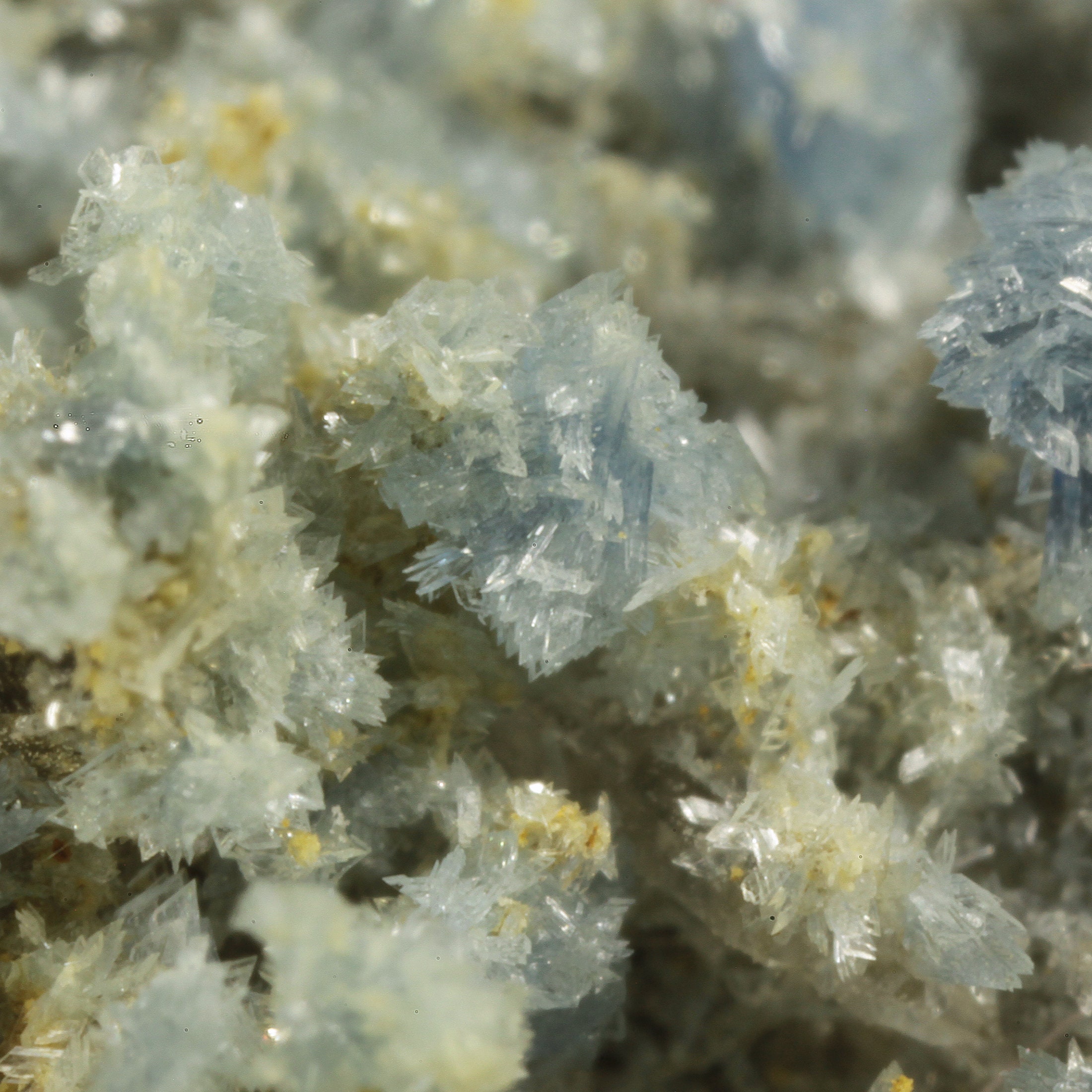 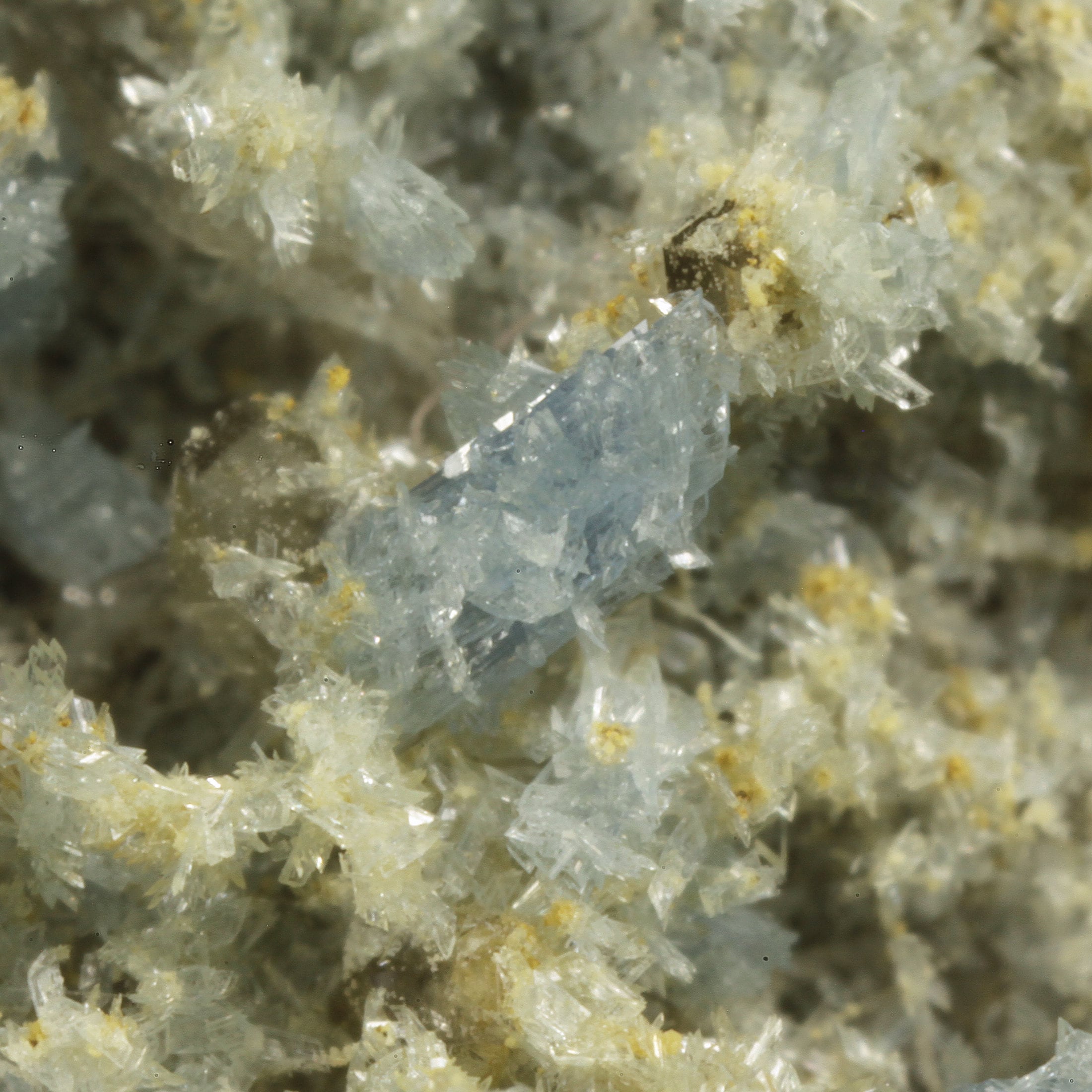 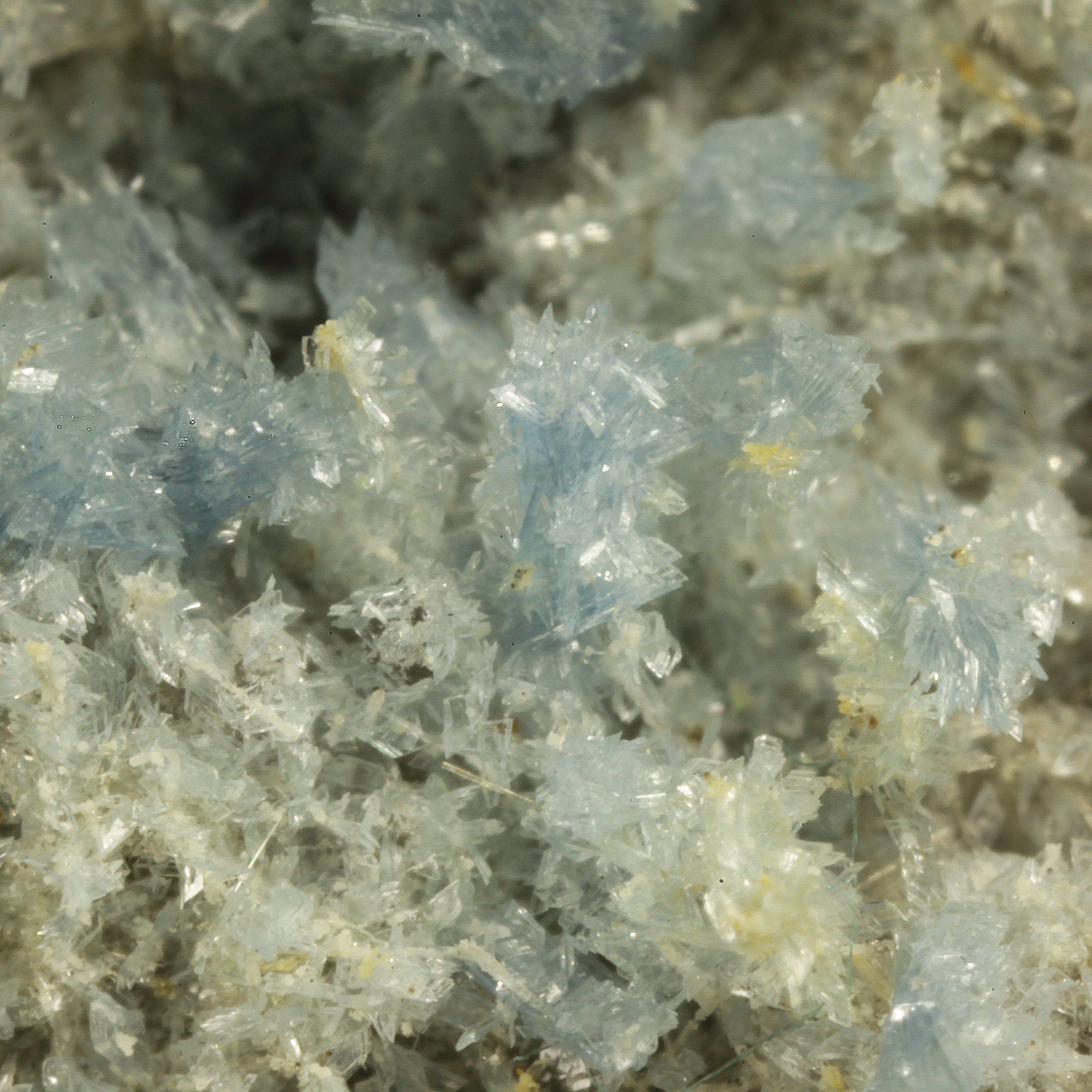 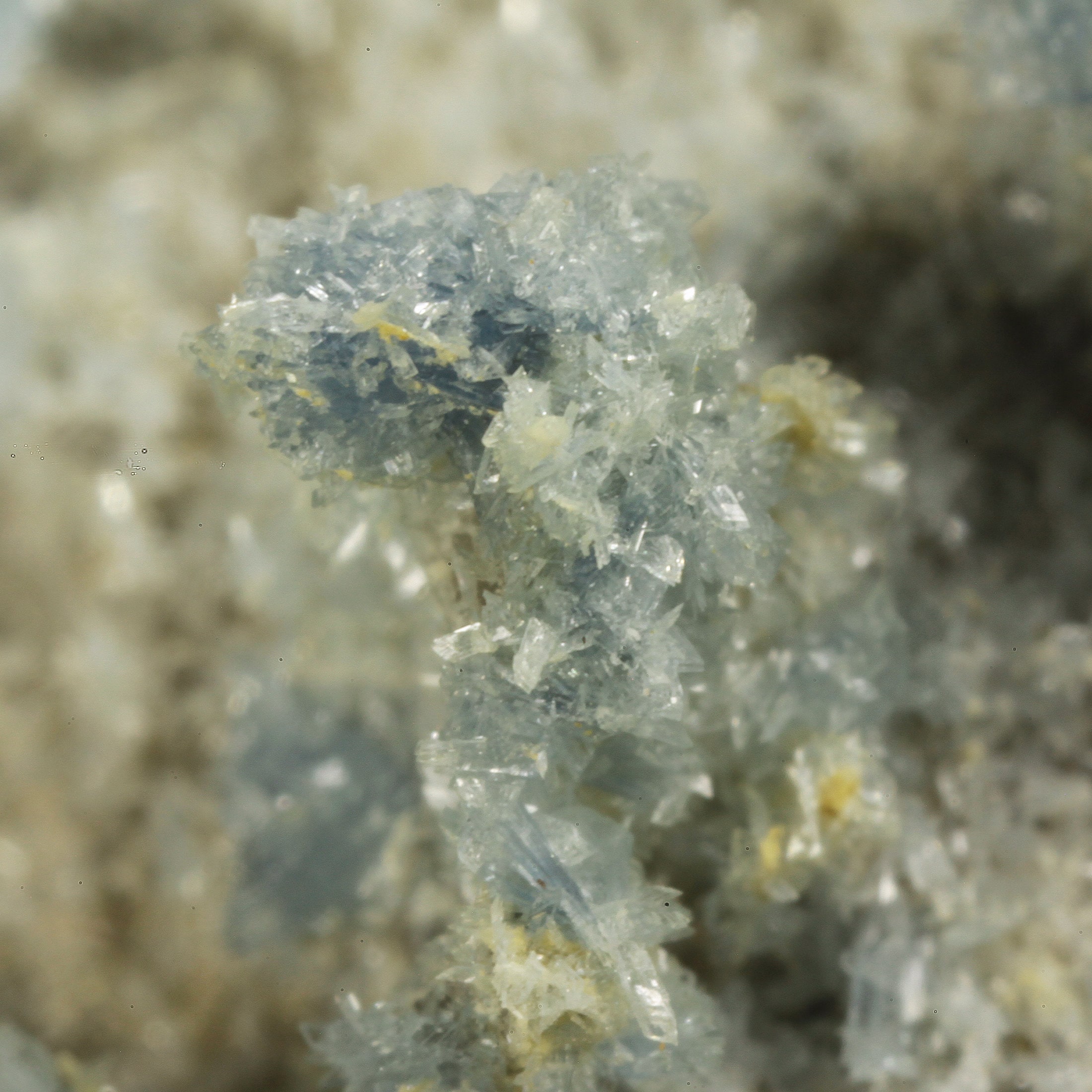 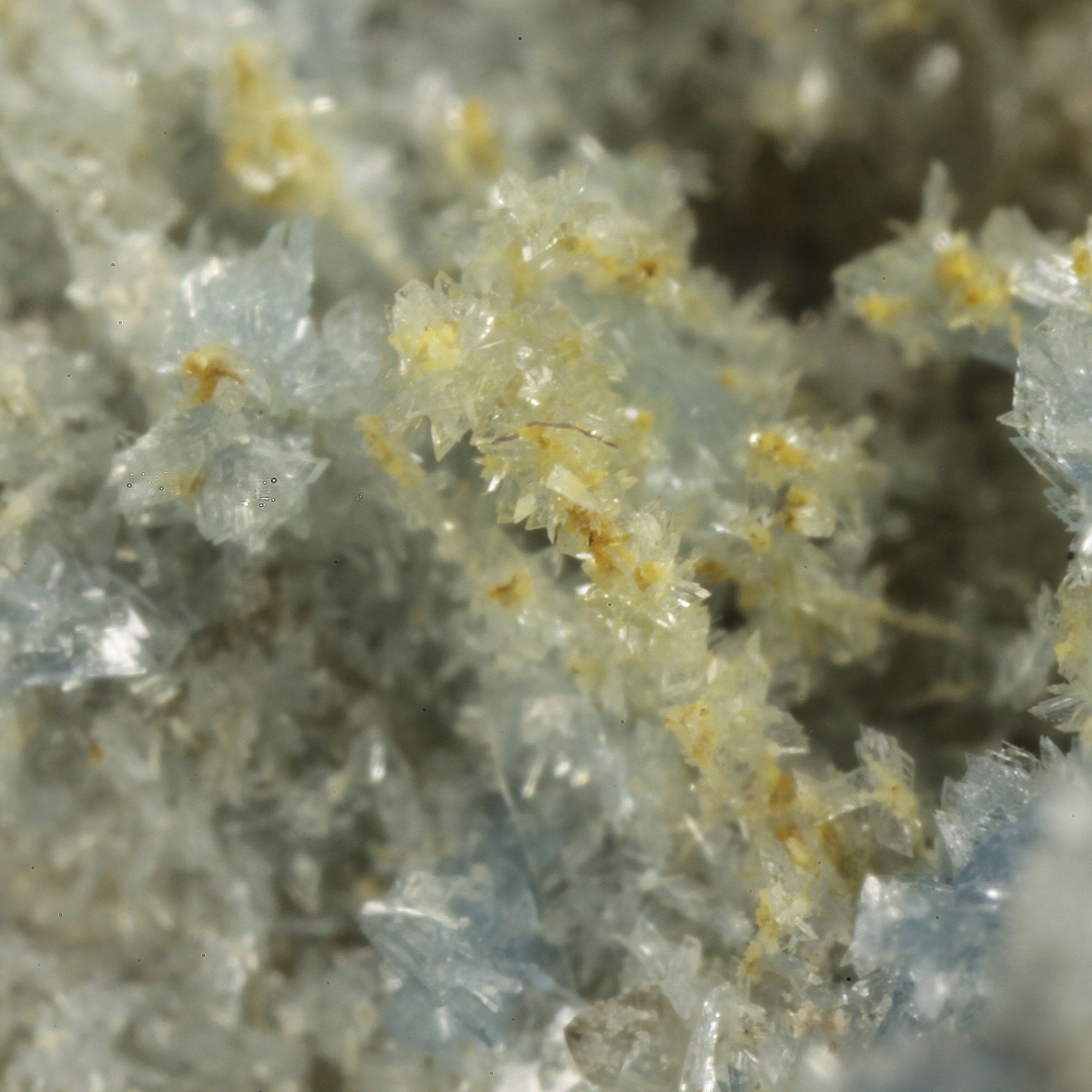 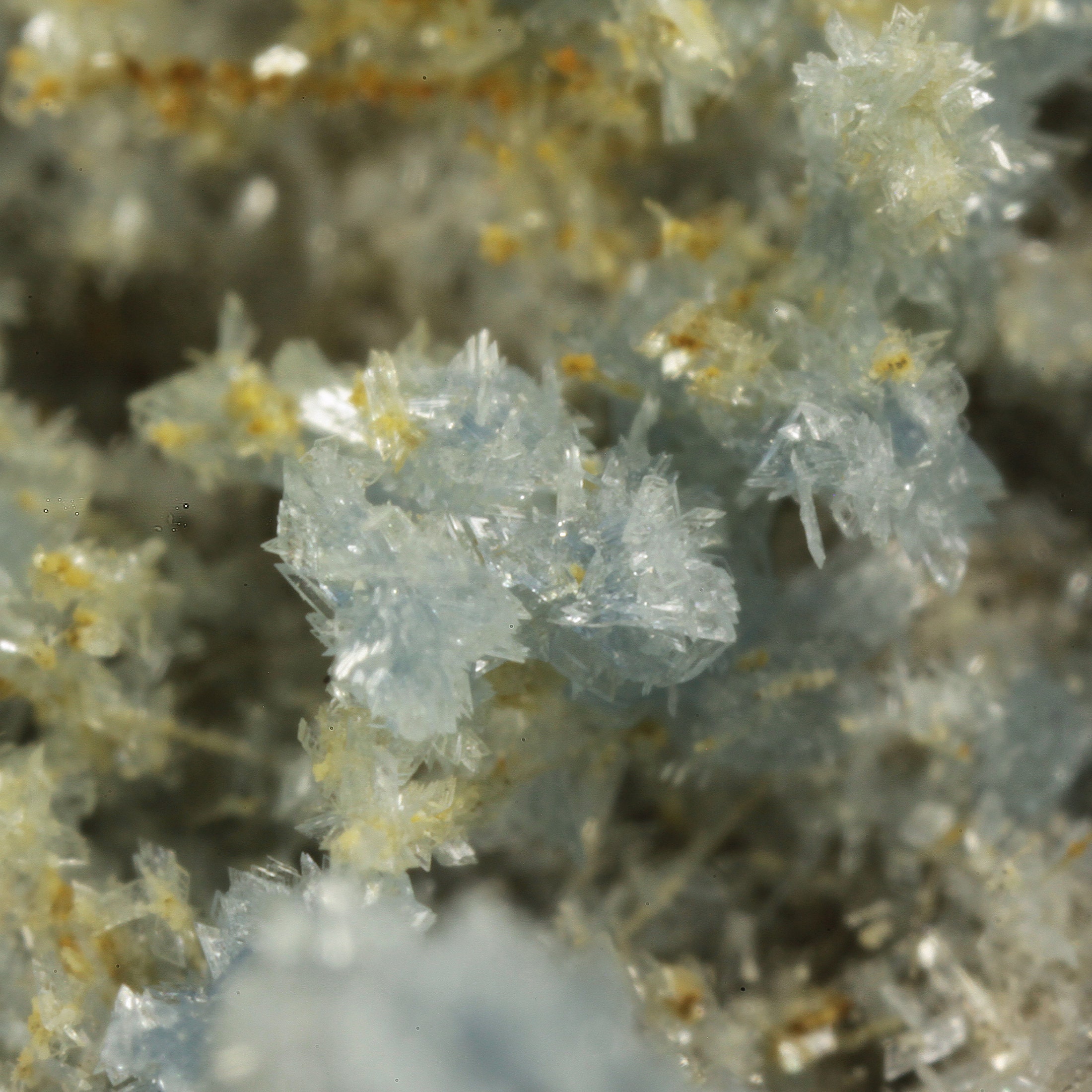 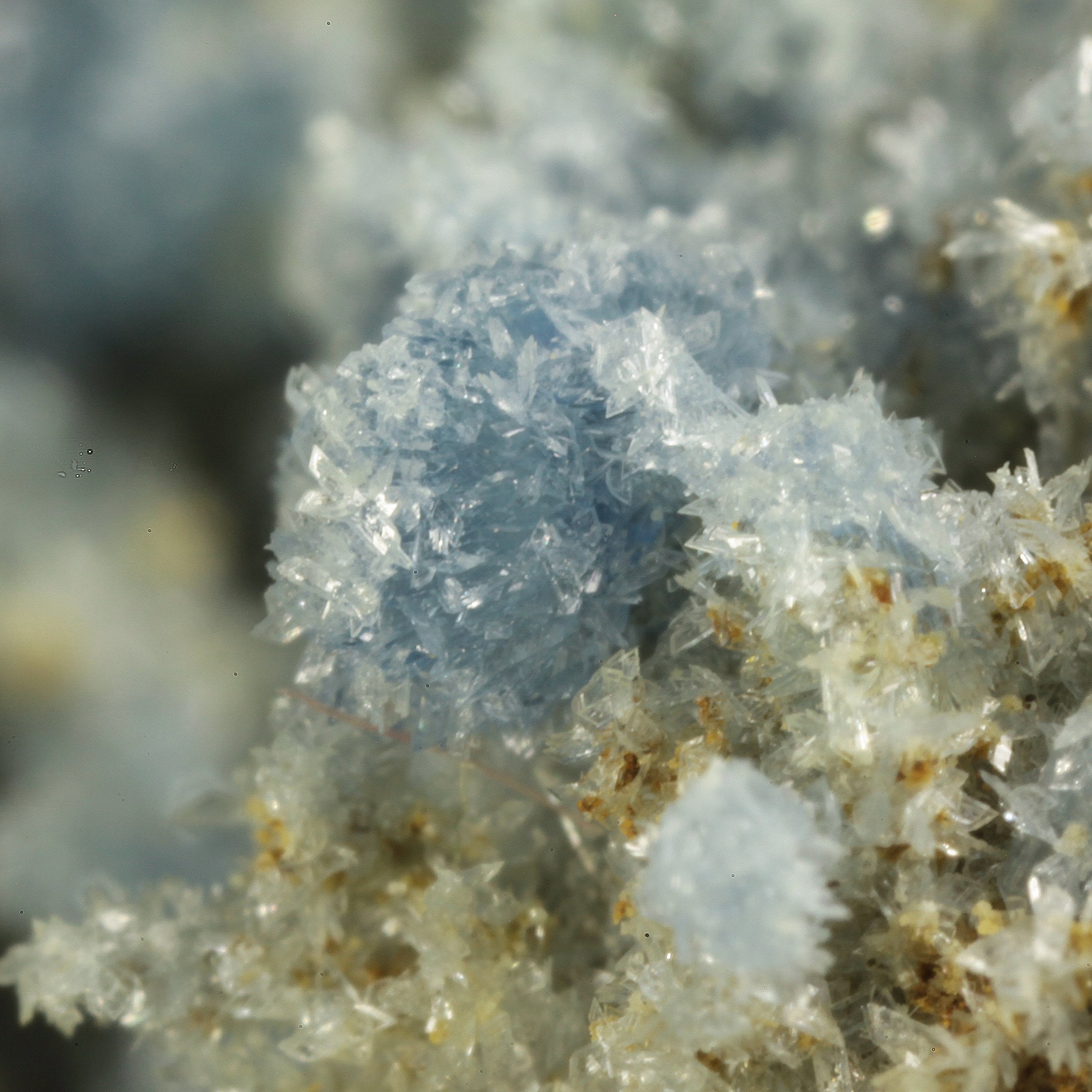 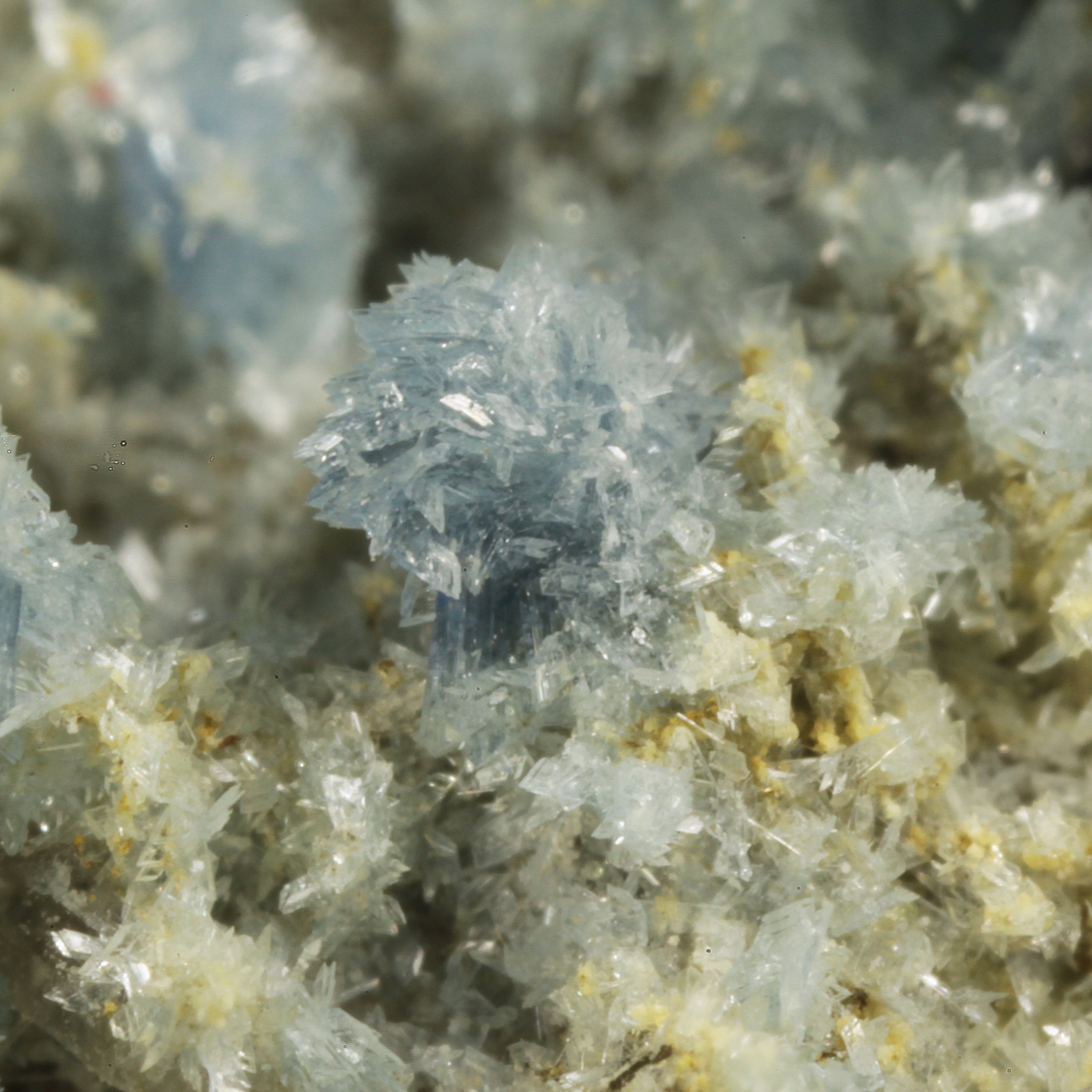 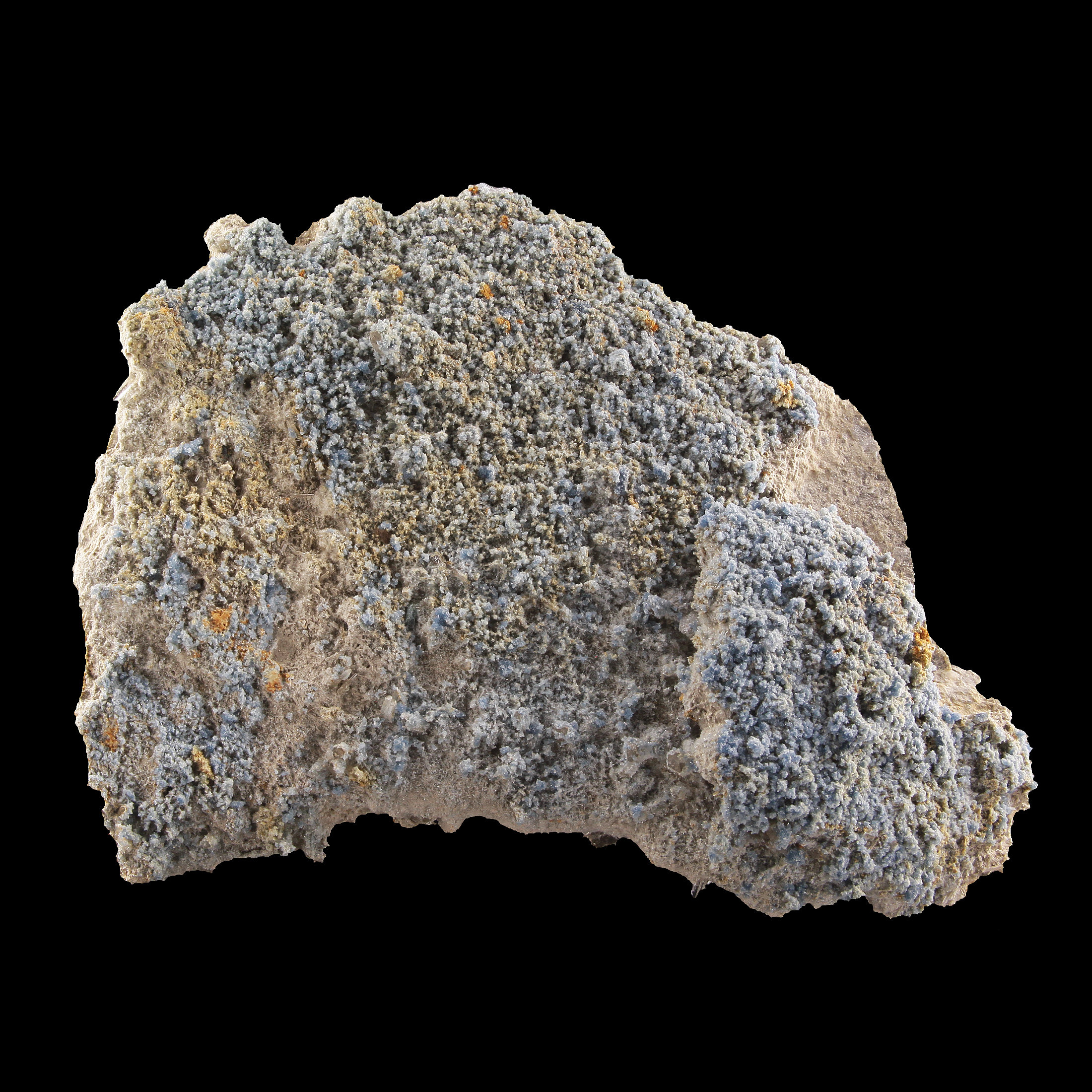 From the major find of 2006, this is undoubtedly one of the most significant and momentous discoveries ever made at this locality. Not since the days of World War II has there been such a remarkable find of this material. These are simply put, some of the largest overall Vauxite specimens in the world. There are two factors that make these very limited specimens so important.

First, you can see there is full coverage of remarkable, very well crystallized, ridiculously rare, small, bladed, beautiful blue color, radiating aggregates of Vauxite which are associated with micro, fibrous, colorless "strands" of the super rare phosphate Metavauxite, plus tabular micro crystals of pale green Paravauxite which are partially altering in places to tan / orange Sigloite along with small whitish spheres of Wavellite which means that this piece is just a dream for phosphate collectors. It is incredibly rare to have FIVE individual phosphate species all on one specimen like this, and the fact that this mine is the TYPE LOCALITY for Vauxite, Paravauxite, Sigloite and Metavauxite makes it even more enticing. All of these minerals (except for Sigloite which was described later) were was discovered along the Contacto and San Jose veins in this mine and were first described by Sam Gordon and Mark Bandy. If you look closely, you will see there are also some small gem Quartz crystals on the piece as well, which is really a nice touch to these already amazing specimens.

The second significant attribute of these pieces is the fact that they formed on a solid Quartz-Diorite porphyry matrix, and not crumbly clay (after Allophane) which means that they are MUCH sturdier than your typical specimen of Vauxite from this mine. This firm matrix allows the piece to be displayed with ease. Now, you must note that despite the sturdy matrix, the crystals themselves are somewhat brittle and must be handled with care. Nonetheless, this is a MAJOR find of these incredibly rare minerals, the likes of which I've never seen from Bolivia, or any other world locality. We have photographed the crystals with a Canon MP-E 65 mm macro lens to show that they are truly terminated crystals and not just a mass. It is very difficult to obtain any specimens of these incredibly beautiful and rare phosphates and to find all three "Vauxites" together on one piece is amazing. It is so unbelievably difficult to find a large cabinet sized, beautifully crystallized matrix specimen of Vauxite (et al.) from Bolivia like this one.