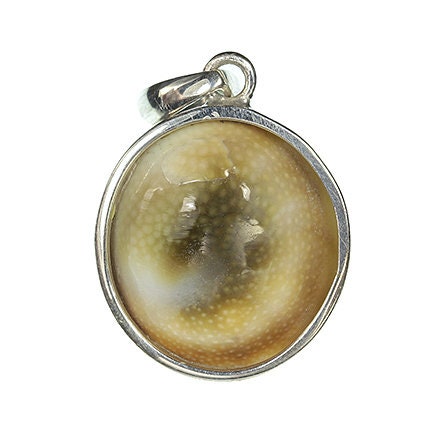 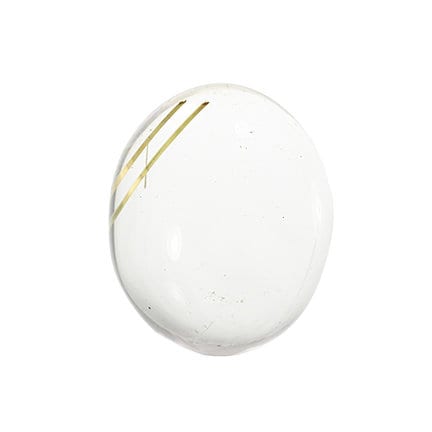 There are a handful of organic substances that have made their way into the world of gems and jewelry, i.e., Pearl, Coral and Amber. A recent addition to the gem market are the operculum of turban snails that are marketed as "Shiva's Eye" gems. The operculum, meaning little lid, is an anatomical structure like a trapdoor which exists in many groups of sea snails and freshwater snails, and also in a few groups of land snails. The operculum of the Turbo petholatus snail is most commonly used for these beautiful gems. The swirling coloration that ranges from silvery grey tones to sandy beige hues, with shades in between makes for a very eye catching and unique mix. The reverse side of the stone shows the natural growth pattern often observed in snail shells, with a stark white backdrop and a distinct spiral. The stone is set into a lovely sterling silver pendant (no chain included). If you collect unusual organic gems, don't miss out on this very attractive piece!