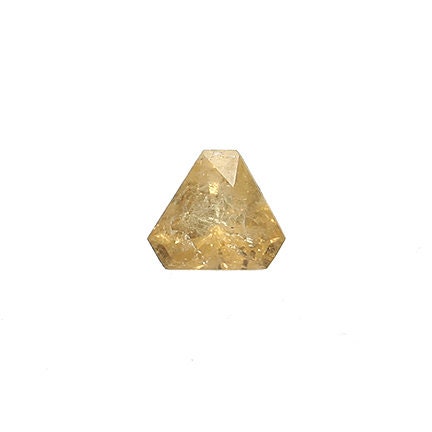 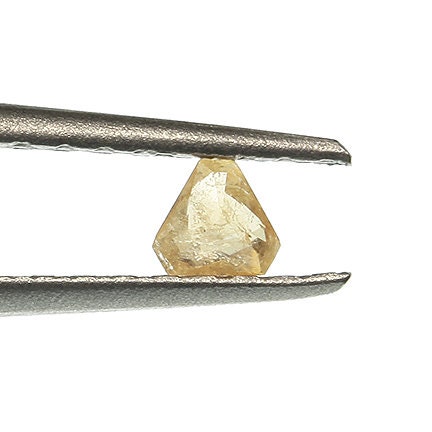 In the gem world, Garnet comes in every color of the rainbow. Some of the best orange Garnets in the world are those from the Nigerian gem fields. Only recently have these new Spessartine Garnet gems hit the market and they are some of the most popular and hard to find gems around! They immediately were recognized as being some of the best orange color Garnet ever found, and it seems that the deposit has been mined out almost as fast as it was discovered! This stone is a good quality, bright, VVS clarity, orange color gemstone with a "Cut Corner Triangle Brilliant" cut. This material is almost totally pure in Manganese and has very little Iron content, which is why the stone is so orange and not red as is often the case with Spessartine. This gem could be called what is being marketed as "Mandarin Garnet", because of the intense orange color. This strong color is nearly exclusive to these Garnet gems and that is why it has become so popular and in some cases very pricey. It seems as though this material has really dried up in recent years, and very little is available on the market, so don't miss out.