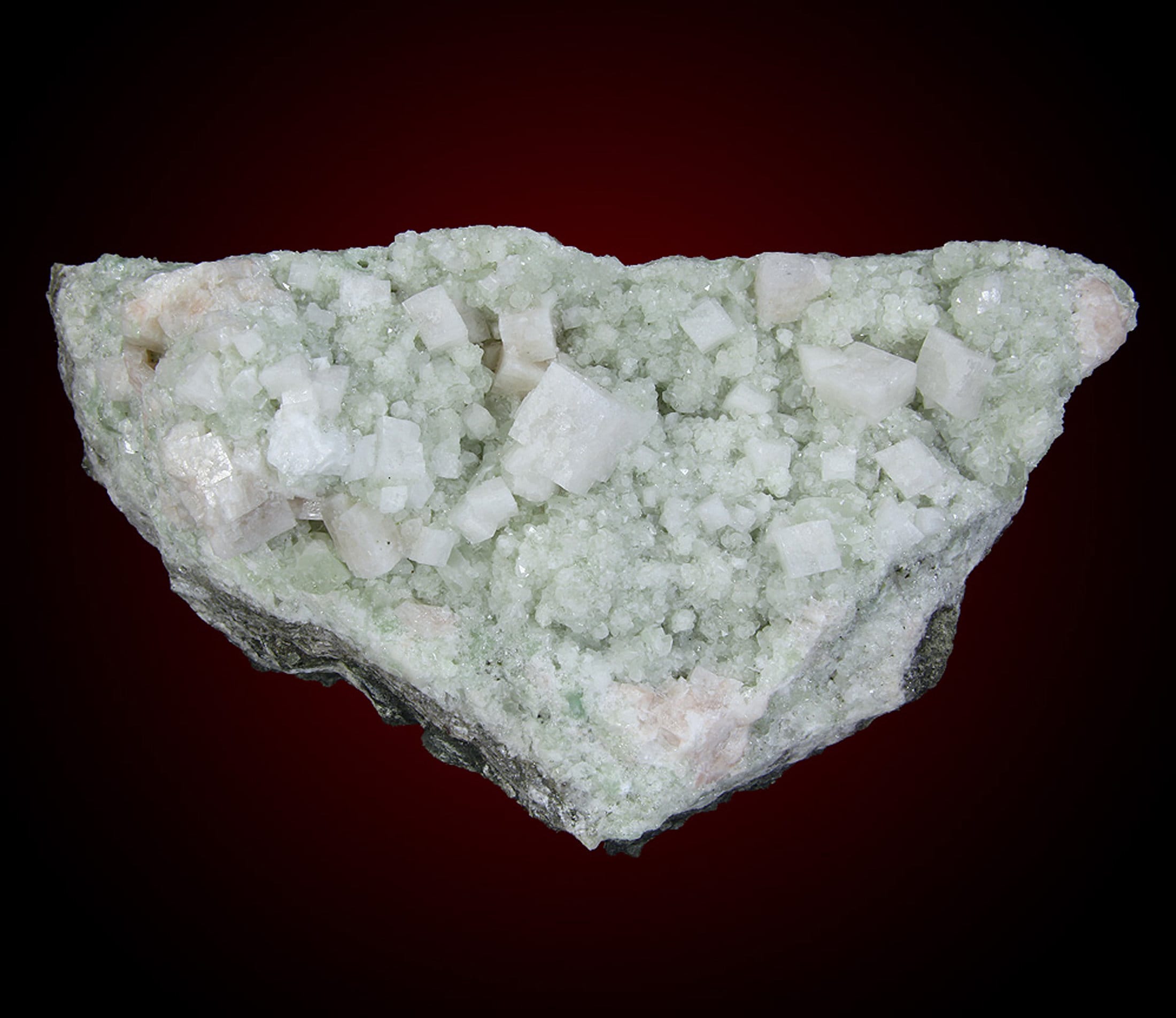 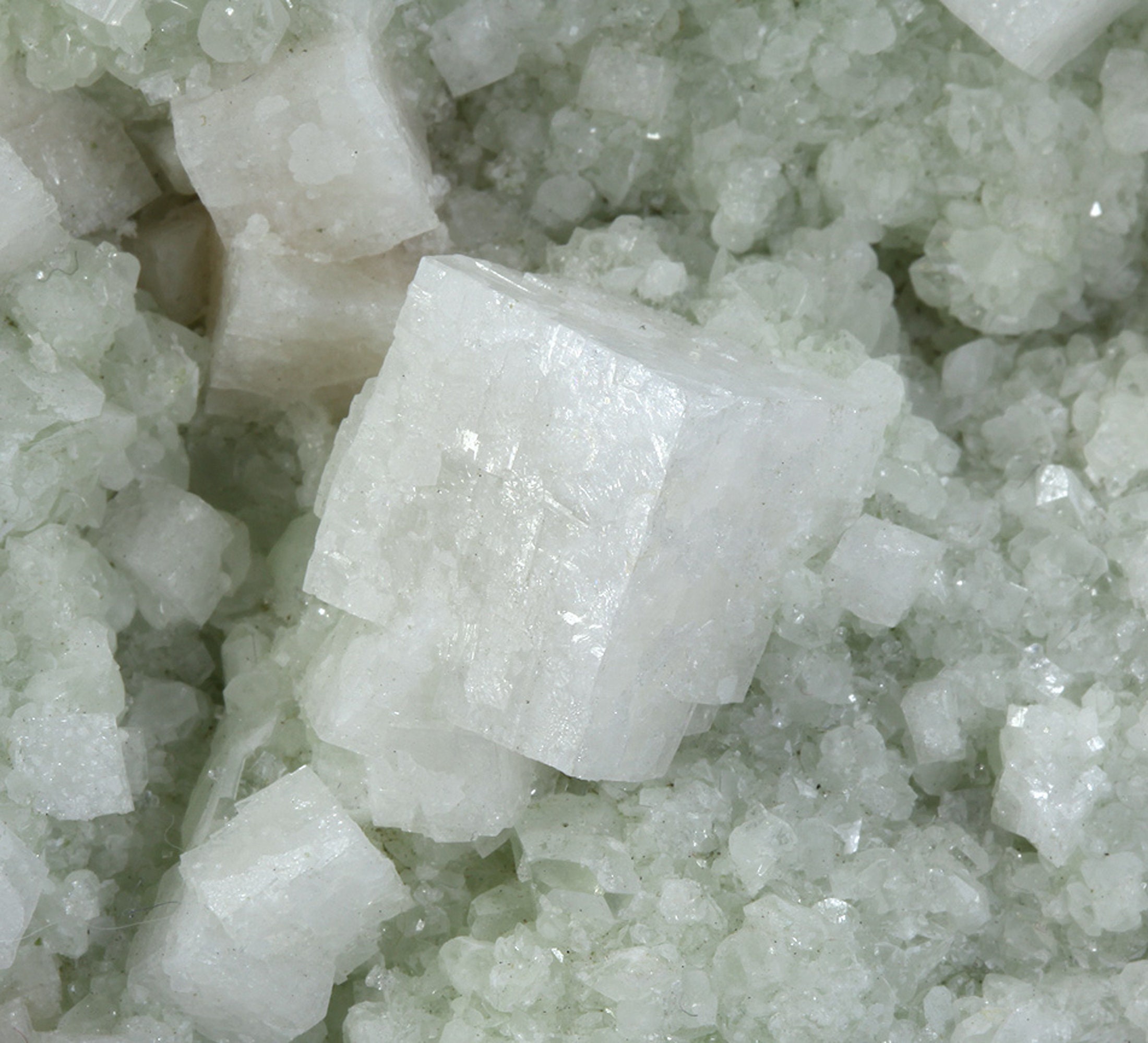 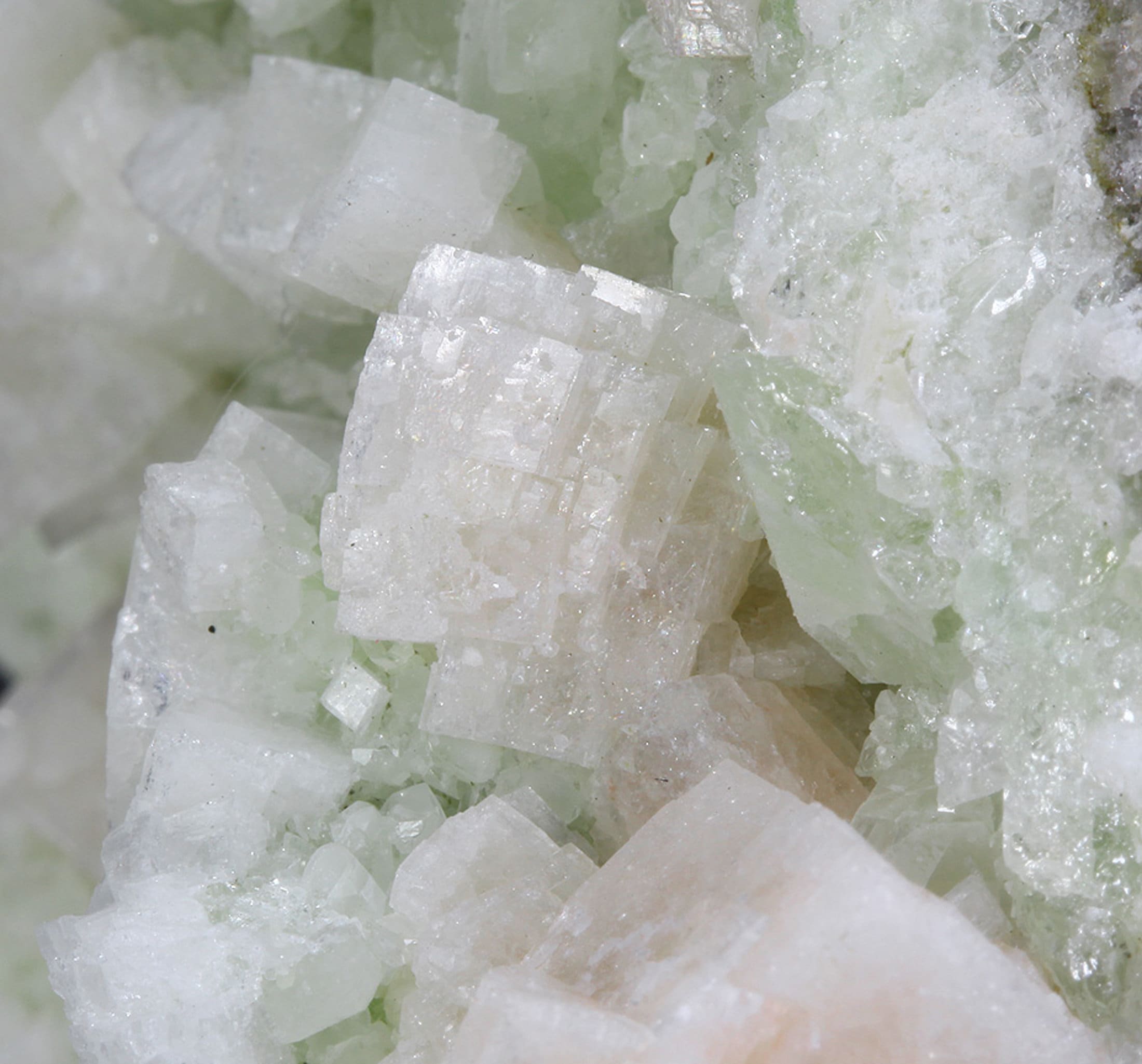 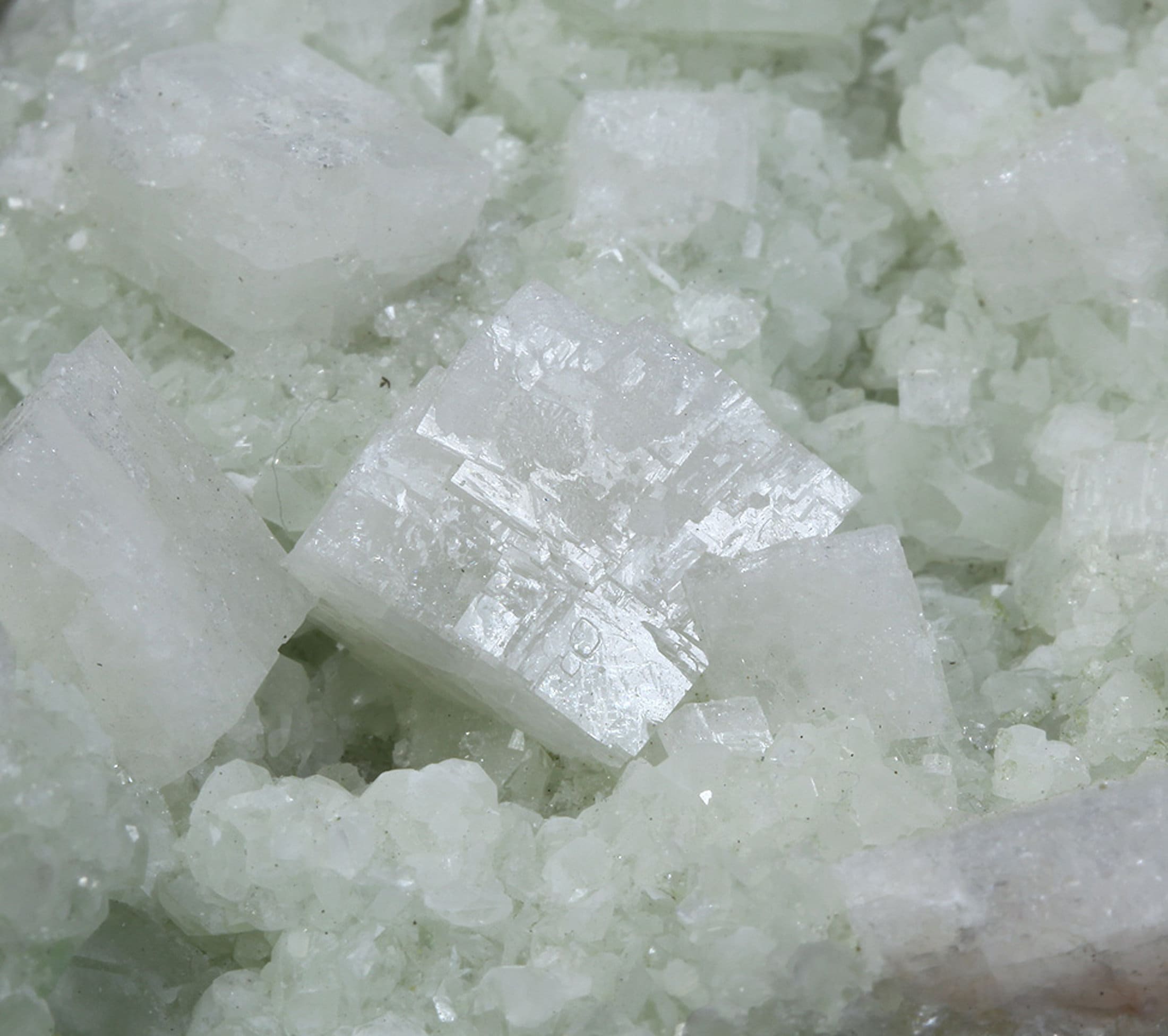 This specimen features several sharp, lustrous, pearly, pseudo-rhombohedra of Chabazite associated with green Prehnite on basalt matrix. The Chabazites are mostly white, but they do have a faint peach-pink color in areas, which is rare in my experience with this material.

The quarry at Upper New Street is over 100 years old (it opened in 1893). During the mid 1980's to early 1990's, there was a lot of collecting that took place between the Upper New Street and Lower New Street Quarries in an area that is affectionately referred to by some as "Middle New Street". The majority of the specimens from this area are still labeled as being found at Upper New Street even though they were not found in the quarry itself. Nonetheless, this is one of the most famous Trap Rock quarries in New Jersey and is probably most famous for its amazing and unique Prehnite casts after Anhydrite (sometimes called "fingers" or "snakeheads"). This mineral is not seen in well crystallized specimens from many localities, and the color contrast of this piece combined with the fact that it is from a now defunct locality makes it a very attractive and desirable East Coast classic.