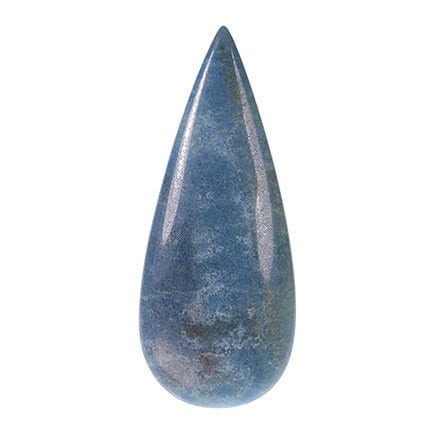 A really cool rarity from one of our good sources overseas. This material was analyzed and confirmed before it was polished, so it is legit. Trolleite is a fairly basic, yet very rare aluminum phosphate which often forms in soft blue masses, most notably from Sweden. This particular piece has some of the STRONGEST color for Trolleite that I have seen from any locality. It's a very stark blue hue and really stands out when viewed up close. The Trolleite is actually included in Quartz, which is the other component of this "Pear Cabochon" cut stone. If you collect rare gems, or rare inclusion gems, you can't afford to pass this one up. How often does one have the opportunity to purchase something so colorful and rare from any locality?