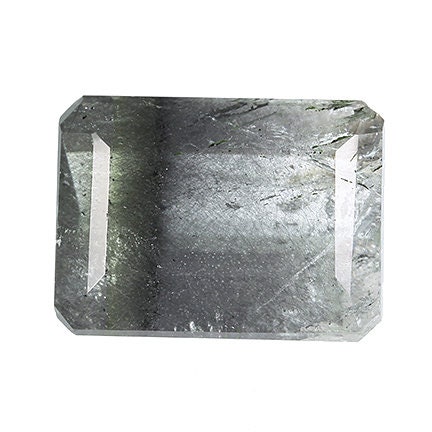 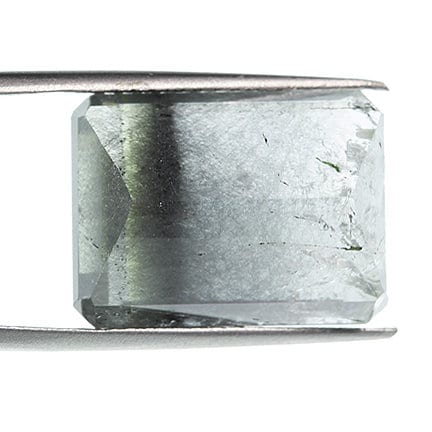 Montebrasite is a lesser known analogue of Amblygonite, but it turns out that a large percentage of the material that has been labeled as Amblygonite over the decades is more than likely Montebrasite. Apparently, Montebrasite is the hydroxyl (OH) member of the series, and is FAR more common than Amblygonite which is the fluorine analogue. A number of tests have revealed that the vast majority of the "Amblygonites" in the world are Montebrasite, so keep this in mind when you see the material offered for sale.

This would be a very good sized stone of Montebrasite on its own, but it is actually the host for the rare lead antimony sulfosalt Boulangerite which is seen as thin gray "needles" included inside. I've never seen the association before, so I was certainly surprised when I laid eyes upon it. This stone was analyzed by Dr. Jaroslav Hyrsl, who confirmed that the "needles" were in fact Boulangerite. An exceptionally rare and unusual gem for anybody who likes inclusion stones or just oddball pieces.