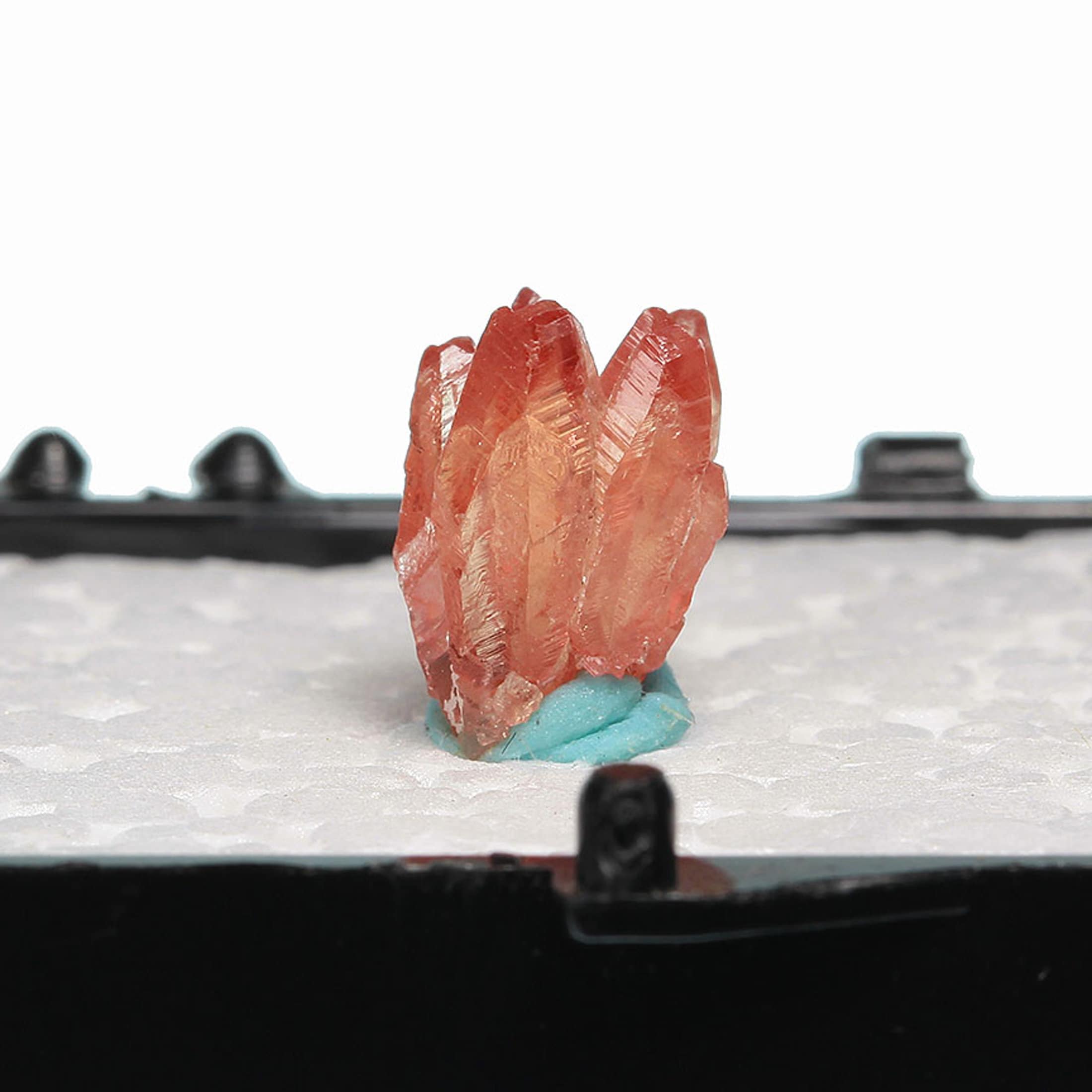 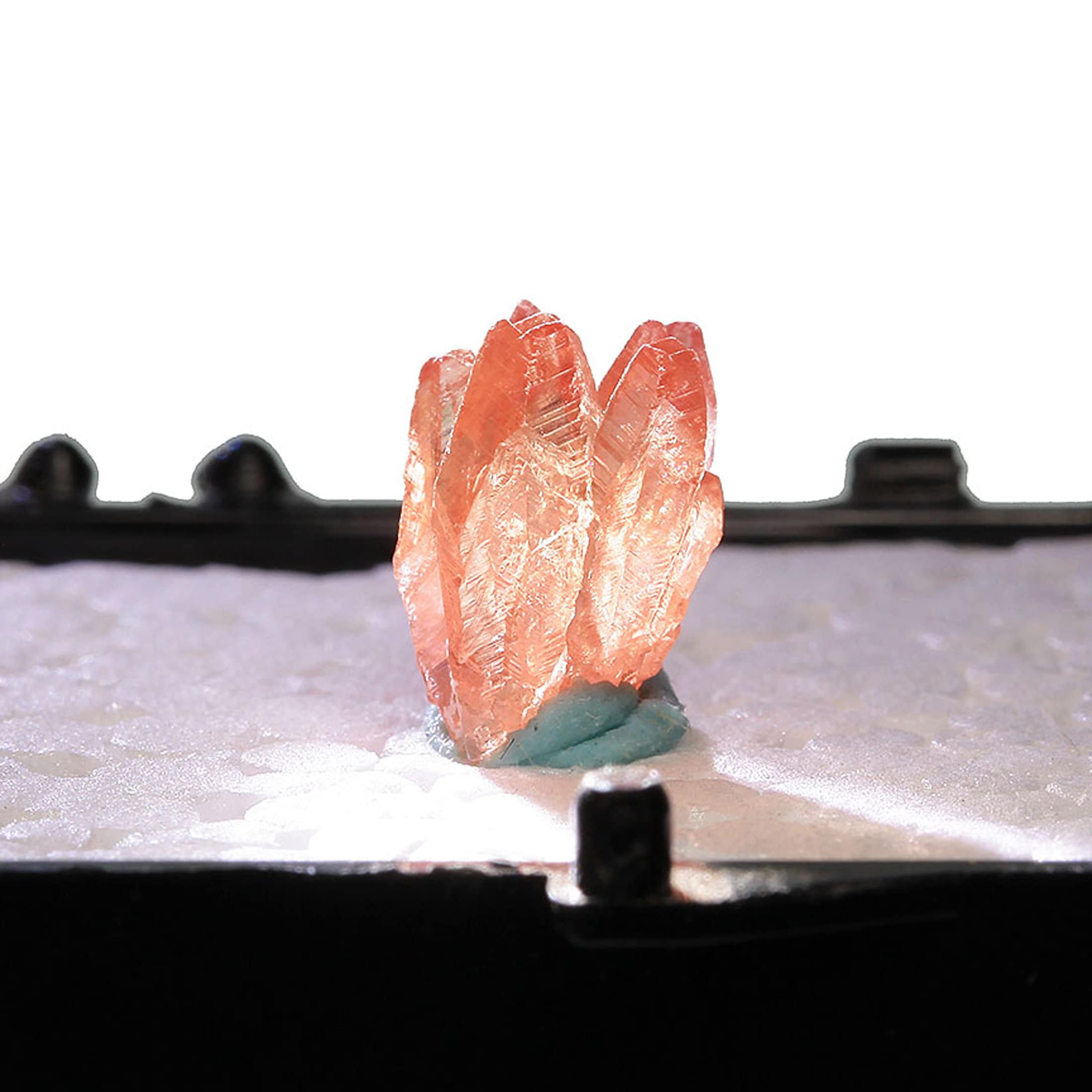 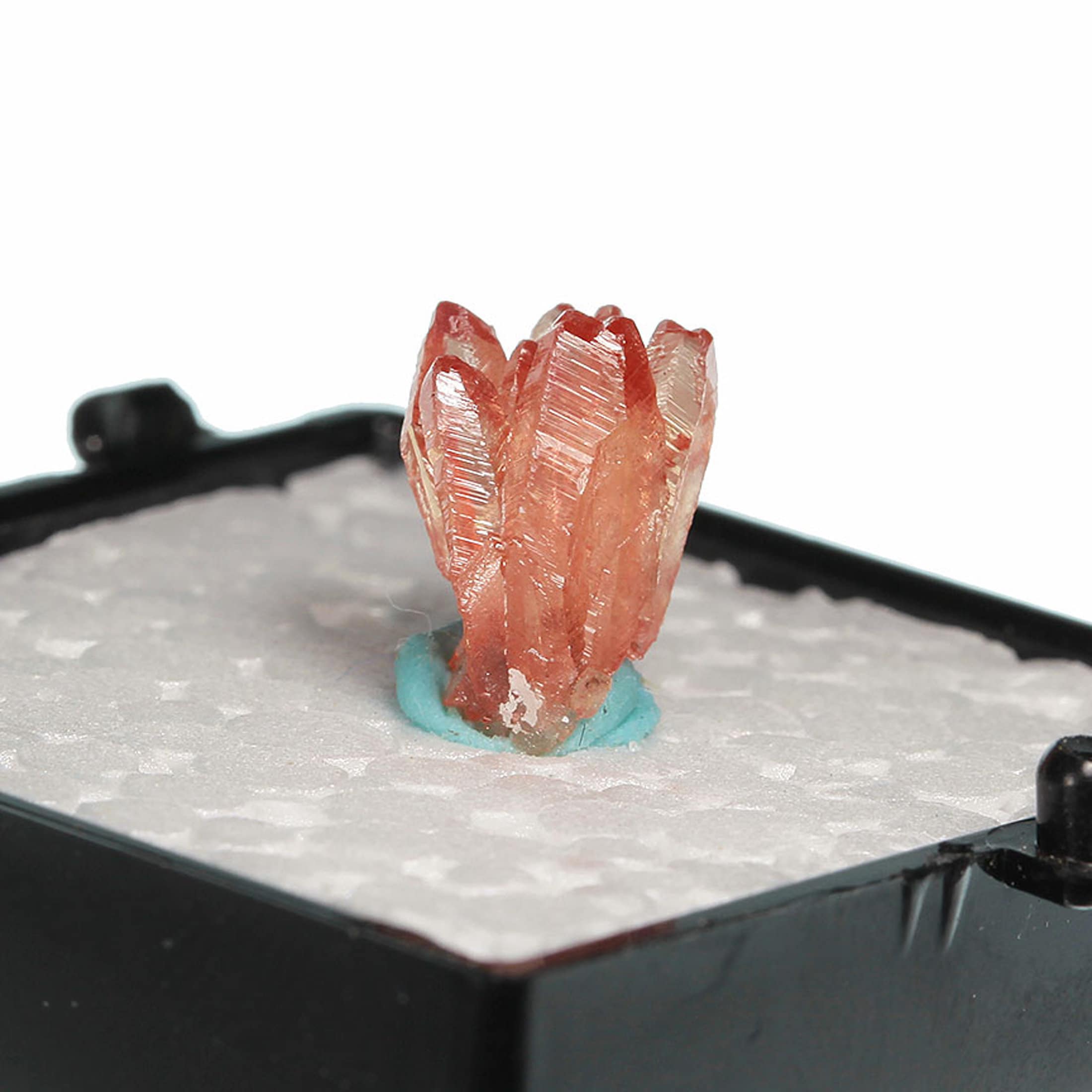 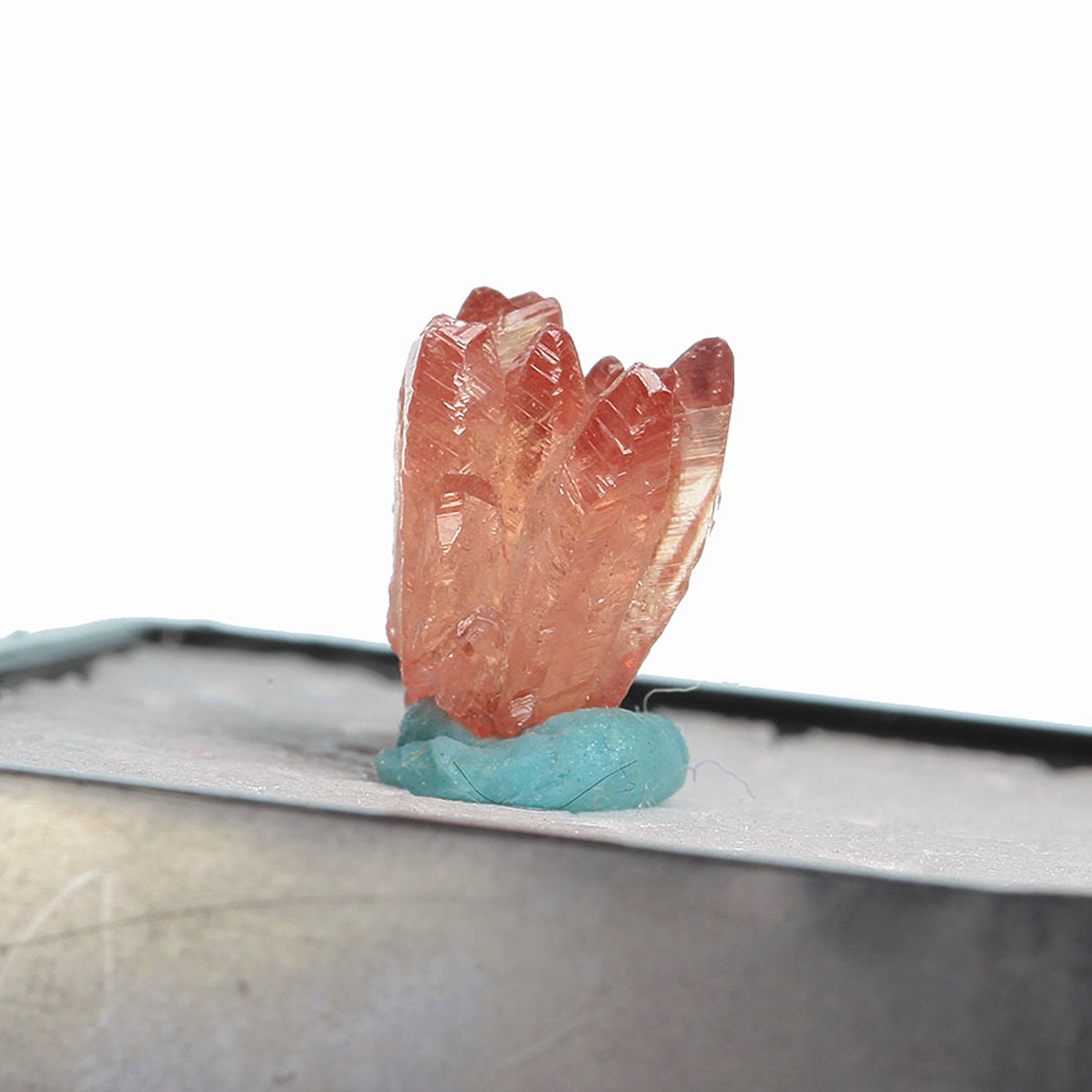 A lovely "flower"-shaped group of fiery reddish-pink Rhodochrosite from the world famous N'Chwaning I Mine in South Africa. These Rhodos are among the finest quality examples of the species in the world, and easily some of the most highly sought after material among collectors since they came out in the 1970s. The group shows the classic "dogtooth" scalenohedral crystals with excellent gemminess and luster. These specimens, including the smaller ones, continue to rise in value on the market, and if you're a thumbnail collector, or you like Rhodochrosites, this is a good representative piece of this classic material that won't break the bank.