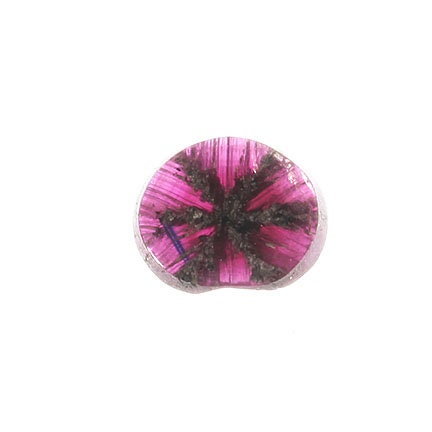 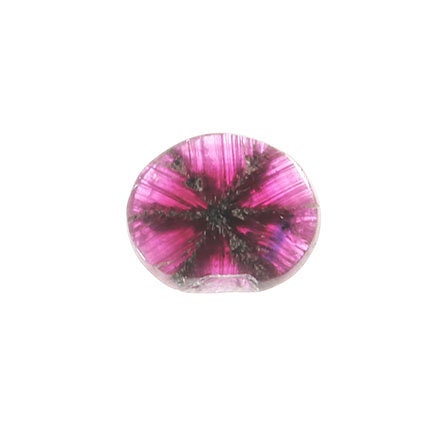 Rubies are regarded amongst the most valuable gems in the world, and despite the fact that rather large crystals of red colored Corundum are found in multiple world localities, transparent crystals are few and far between. In addition to the scarcity of gem Corundum crystals is the elusive "Trapiche" habit that is found in a very small percentage of Ruby crystals, most notably from Myanmar. This piece is a polished cross section (slice) of a "Trapiche" Ruby crystal with a rich reddish-pink hue that glows with good backlighting. If you look closely you can see a small but distinct blue "stripe" in the corner, making this an incredibly rare bi-color Ruby / Sapphire combination stone! The "legs" or "spokes" in the stone are rather sharp with fine balance hexagonal symmetry. To find a bi-colored stone with a Trapiche habit is exceptionally rare in the mineral world, and this piece an excellent example of something that few people have seen outside of the material from Myanmar. This piece would make a superb addition to a gemstone suite or a collection of gem crystals. It could also be set to create a unique piece of jewelry.