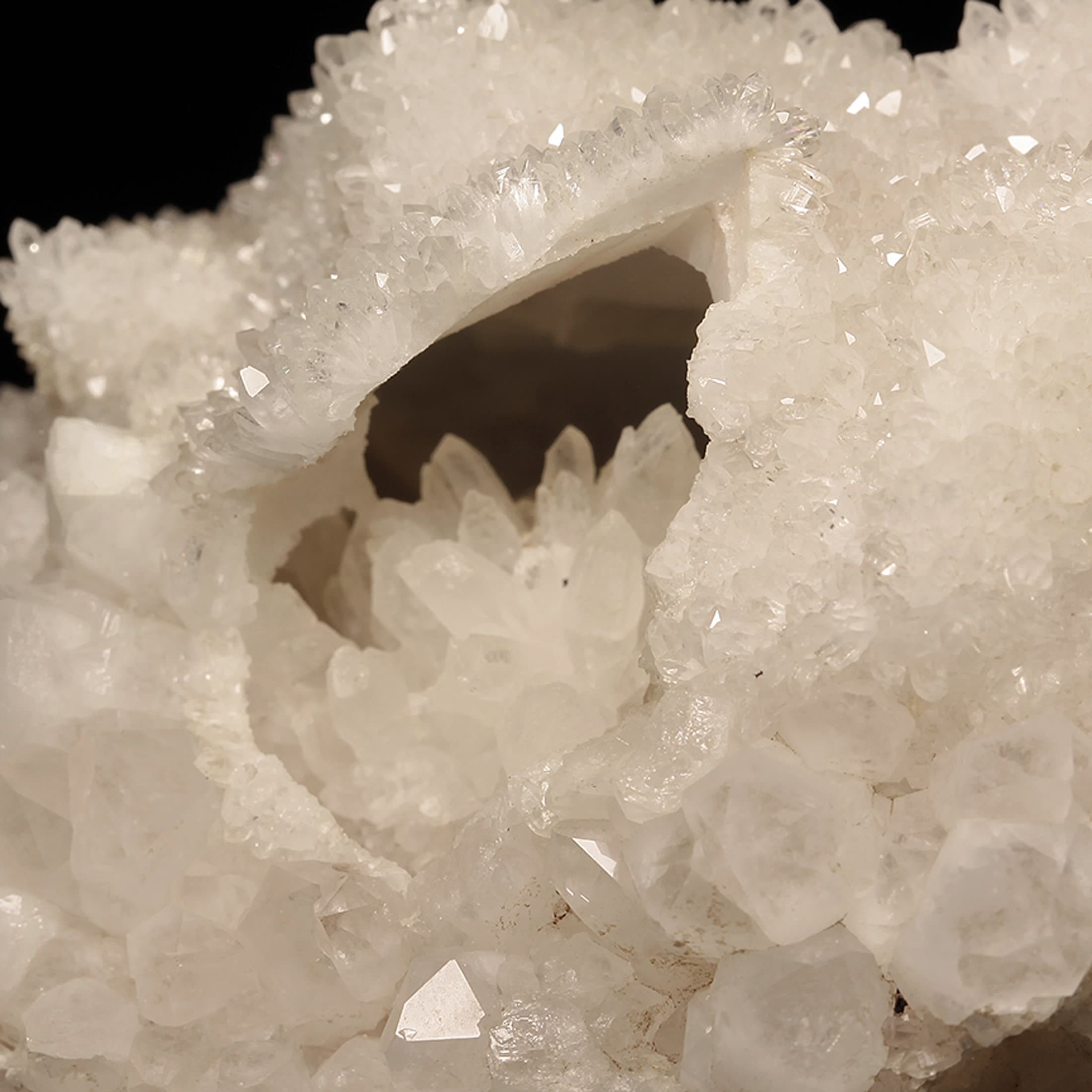 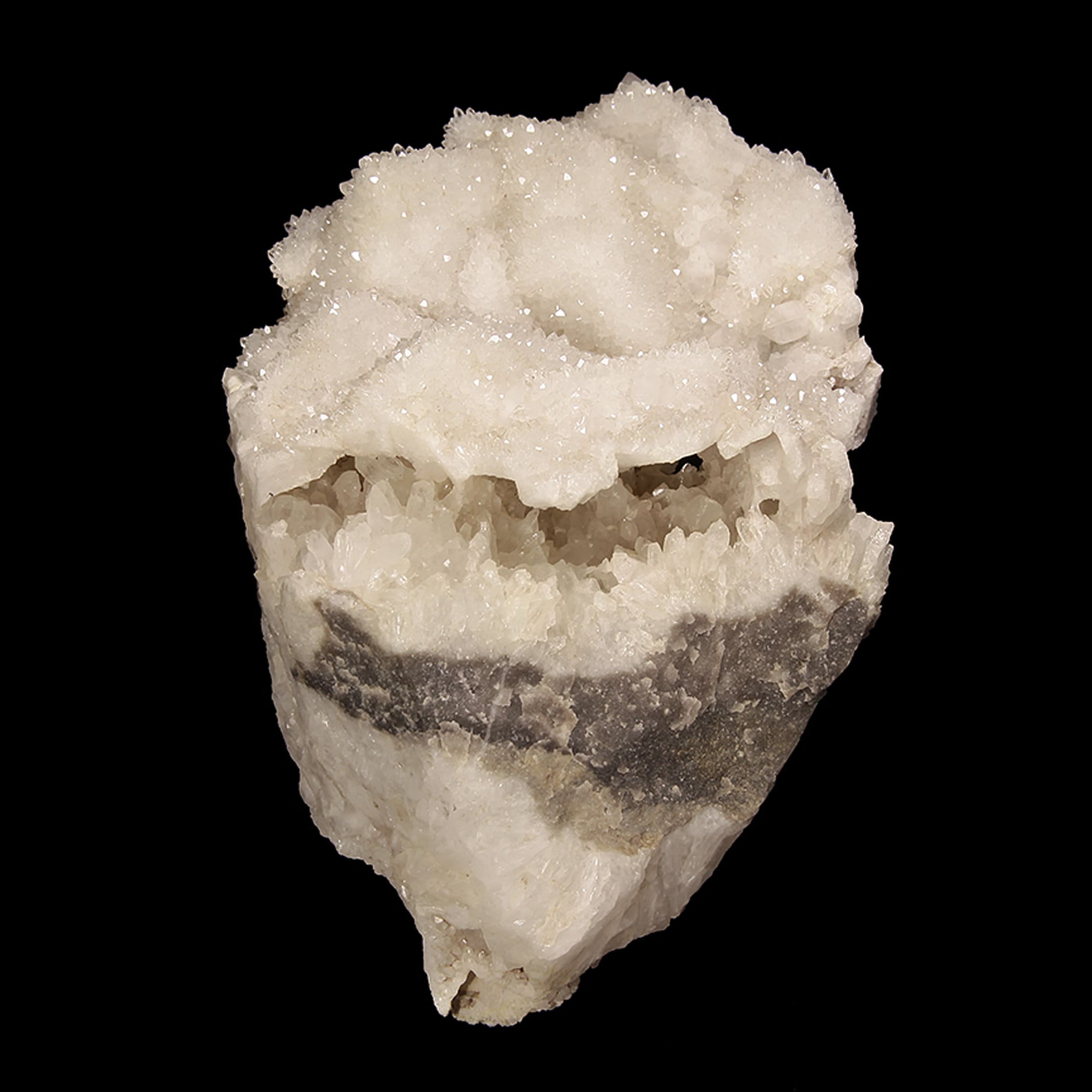 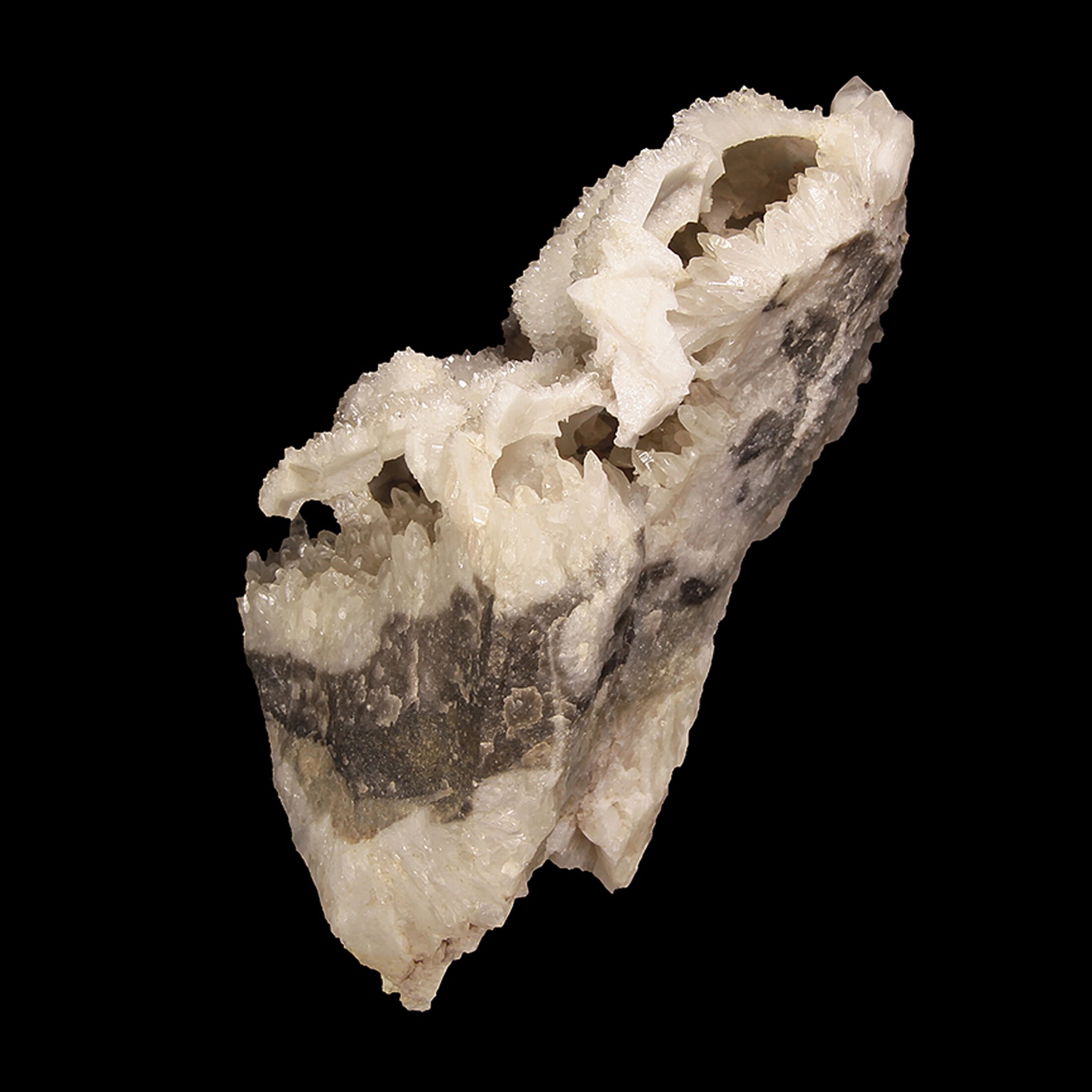 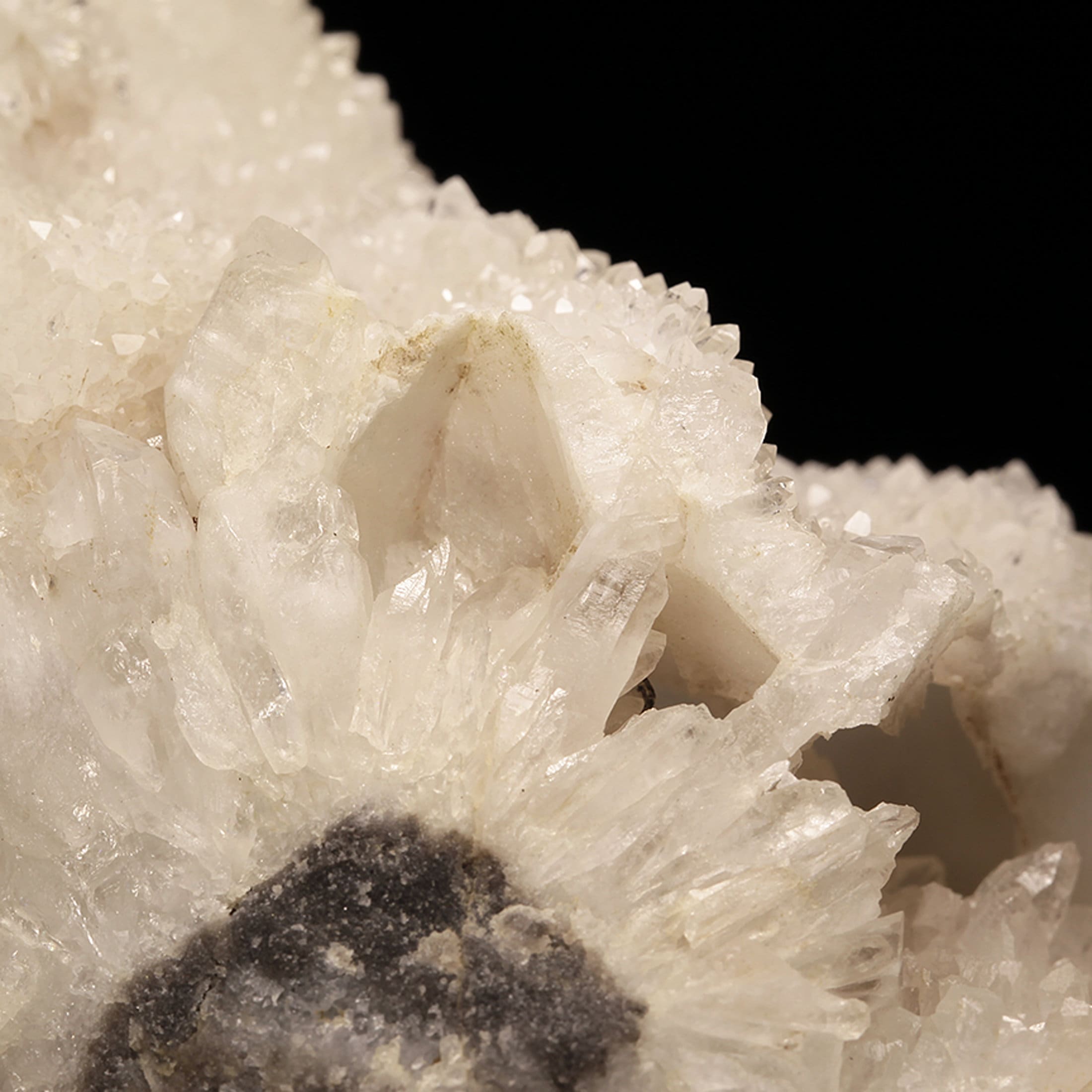 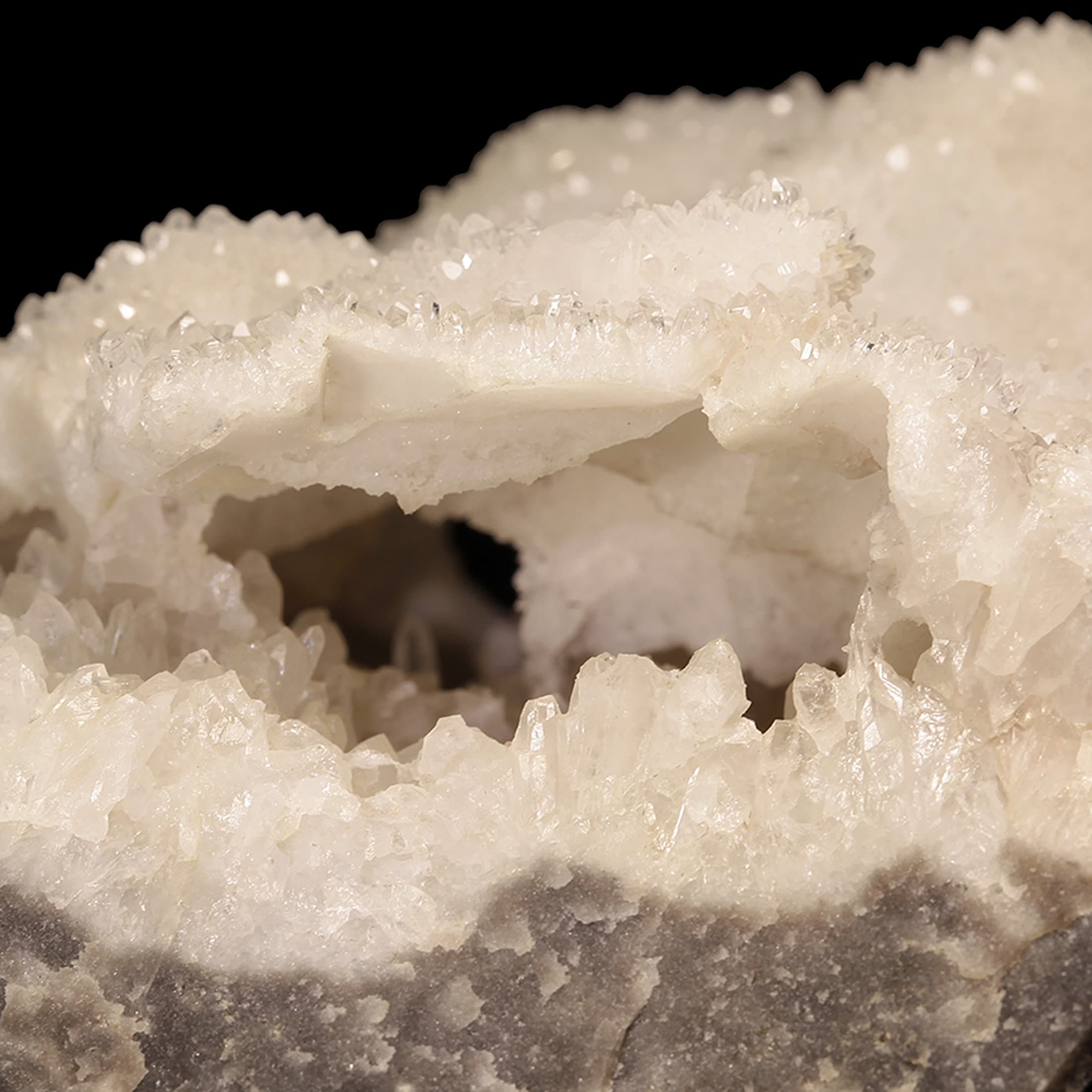 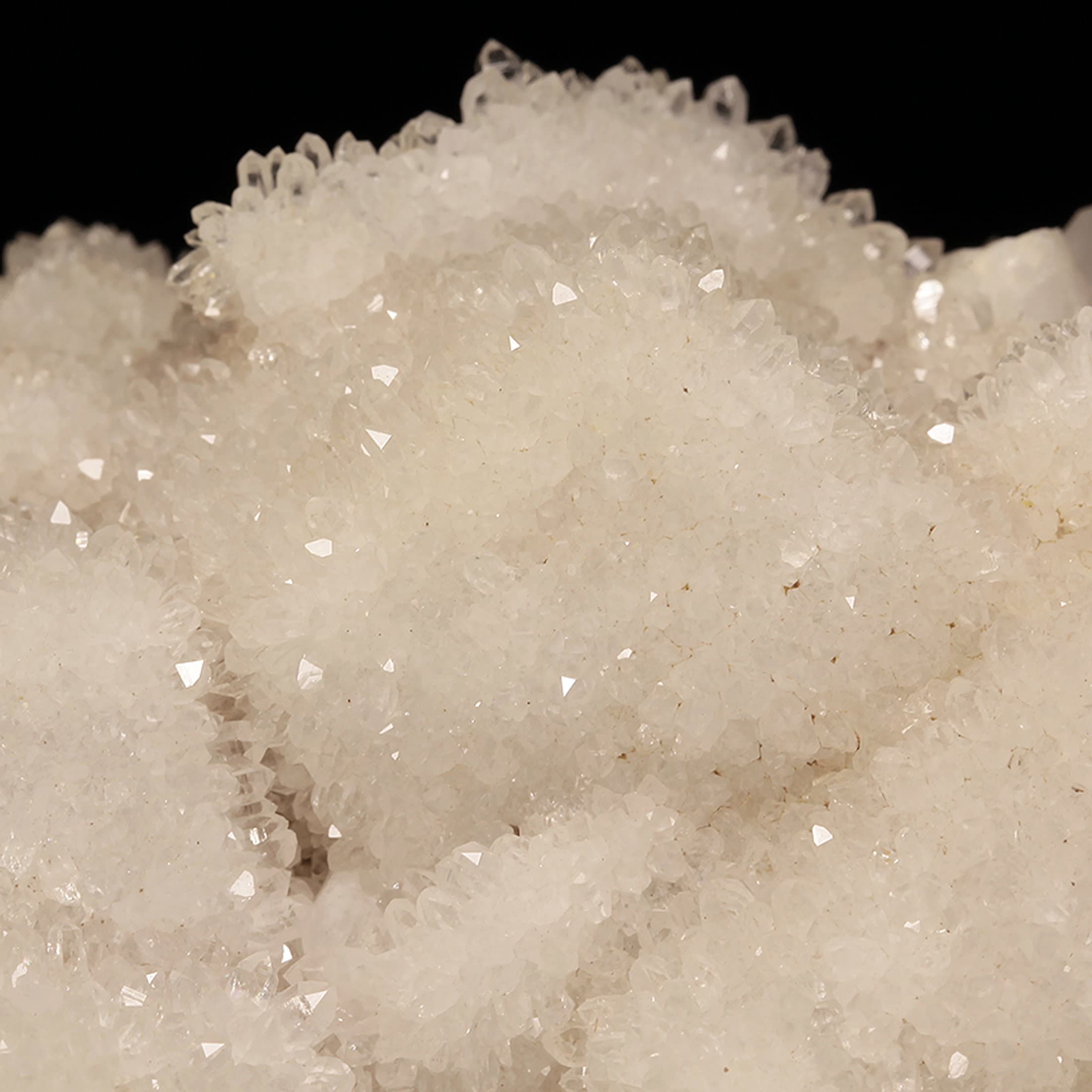 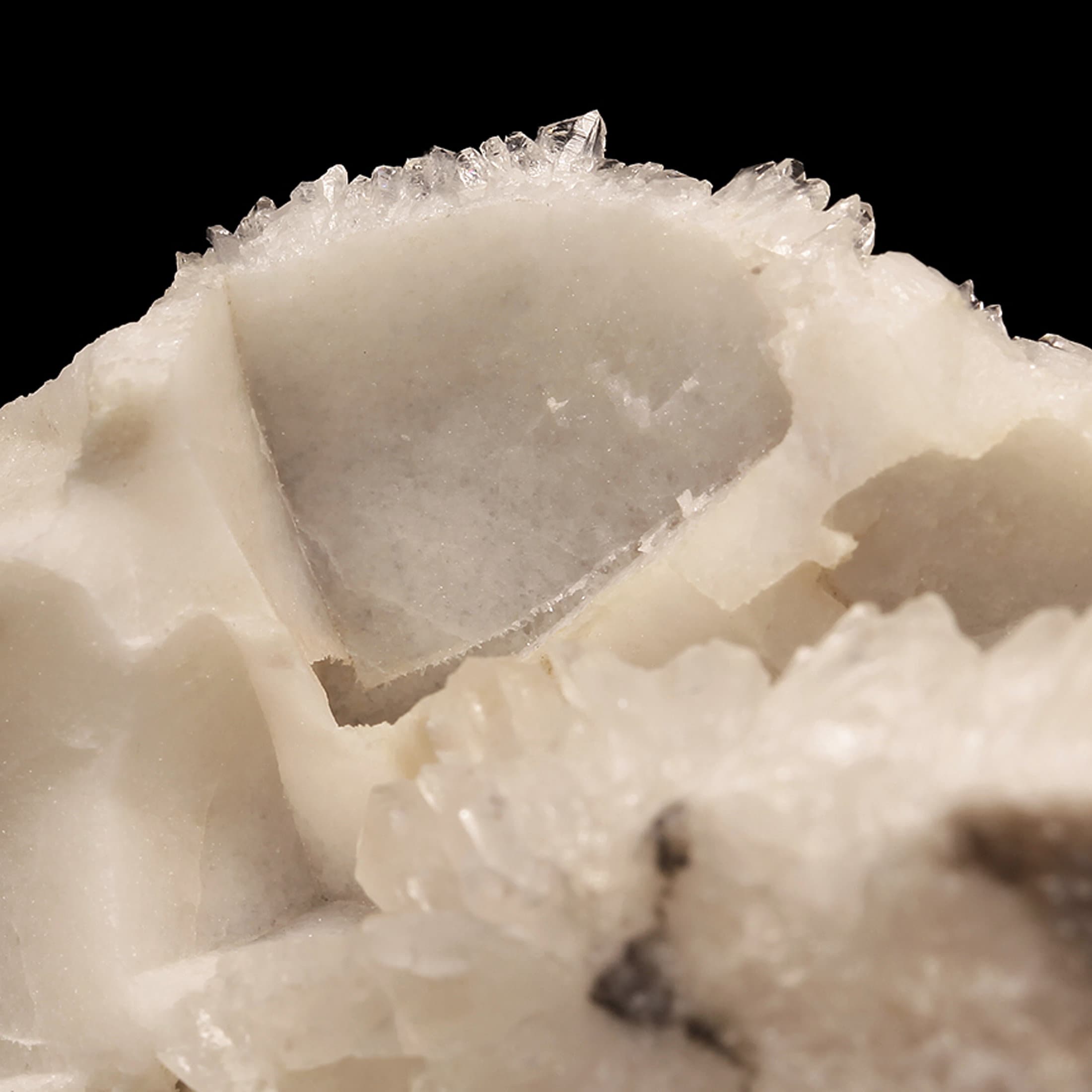 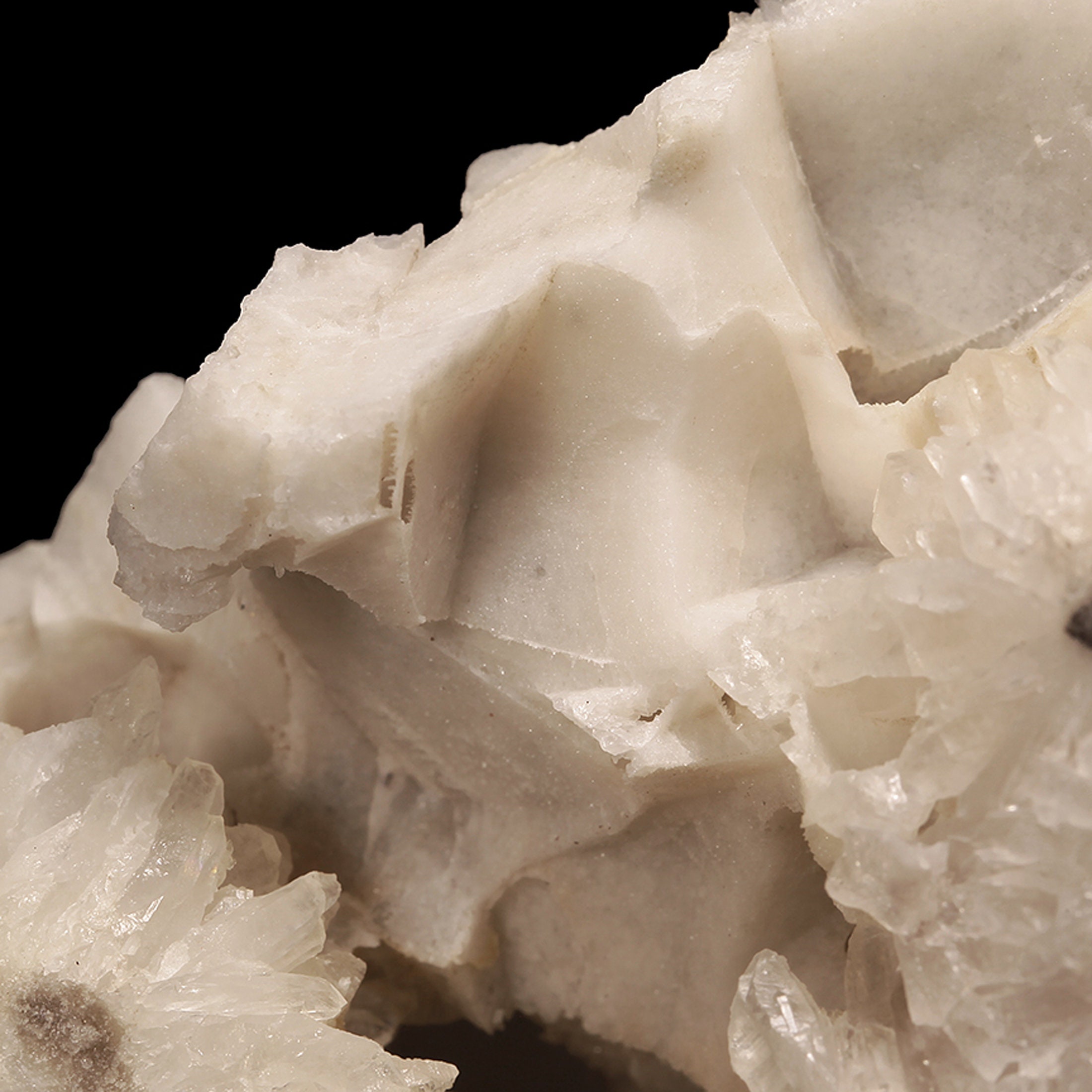 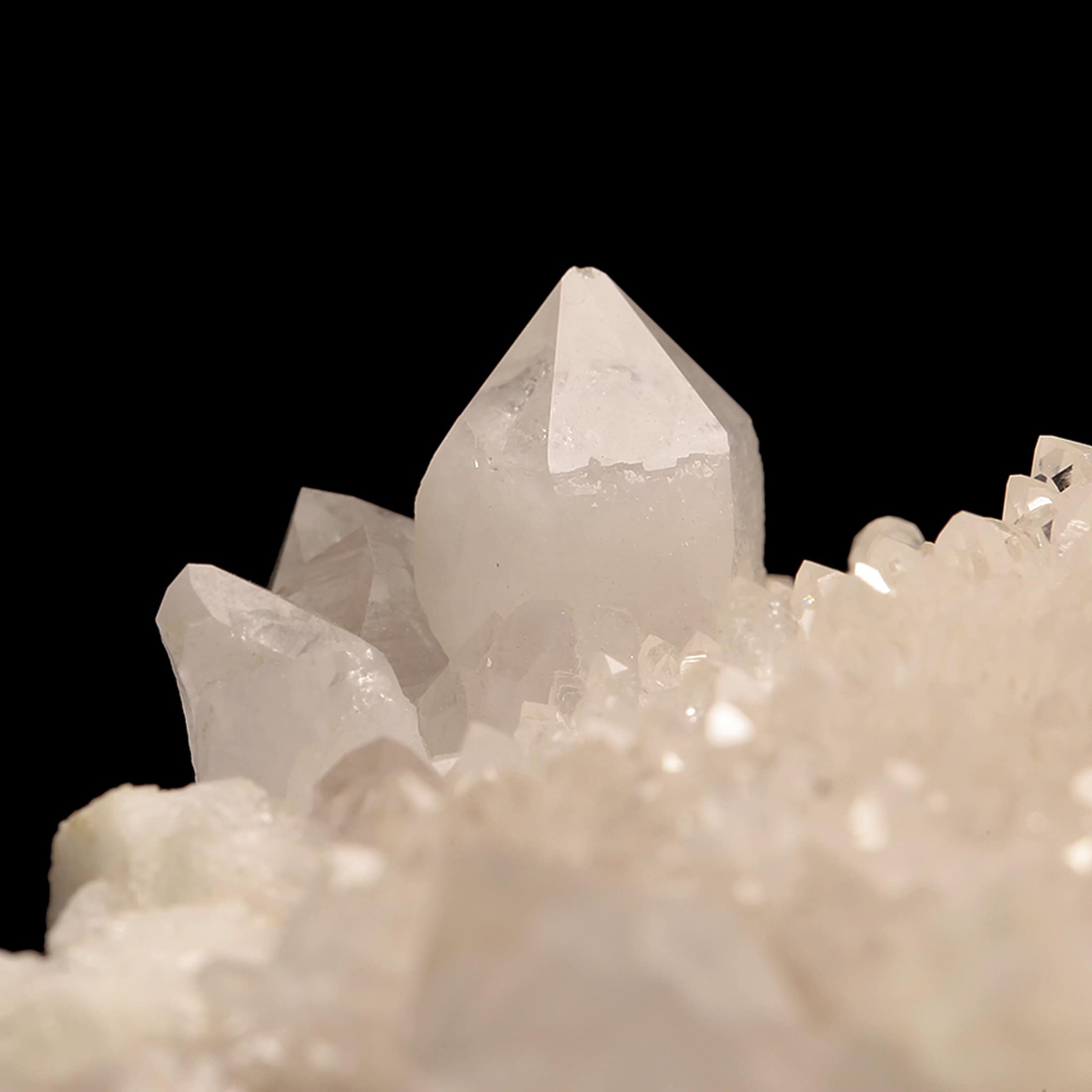 A really cool "cast" (sometimes call an epimorph, but some people are now calling them perimorphs) from our beloved San Juan Mountains of Colorado. This piece is from the famous Mineral Farm locality near Ouray. What I love about this specimen is the fact that multiple generations of crystallization took place. The top most layer features sparkling, drusy white Quartz crystals which have formed complete "casts" after preexisting scalenohedral Calcite. What's really interesting is that when you look underneath this layer, you can see a hollow area where you have a cave-like formation of another generation of sharp, gemmy, colorless prismatic Quartz crystals. There's a very large amount of space between the top most layer and the underlying Quartz crystals on the matrix. We've tried to illustrate this in the photos as well as possible, but it has such great three-dimensional depth and beautiful crystallization, that you really have to see it in person. I've never seen a piece with such well-defined casts and second and third generation deposition like this piece. Over the years, our family has handled hundreds of these San Juan replacements, but this one is special and different.