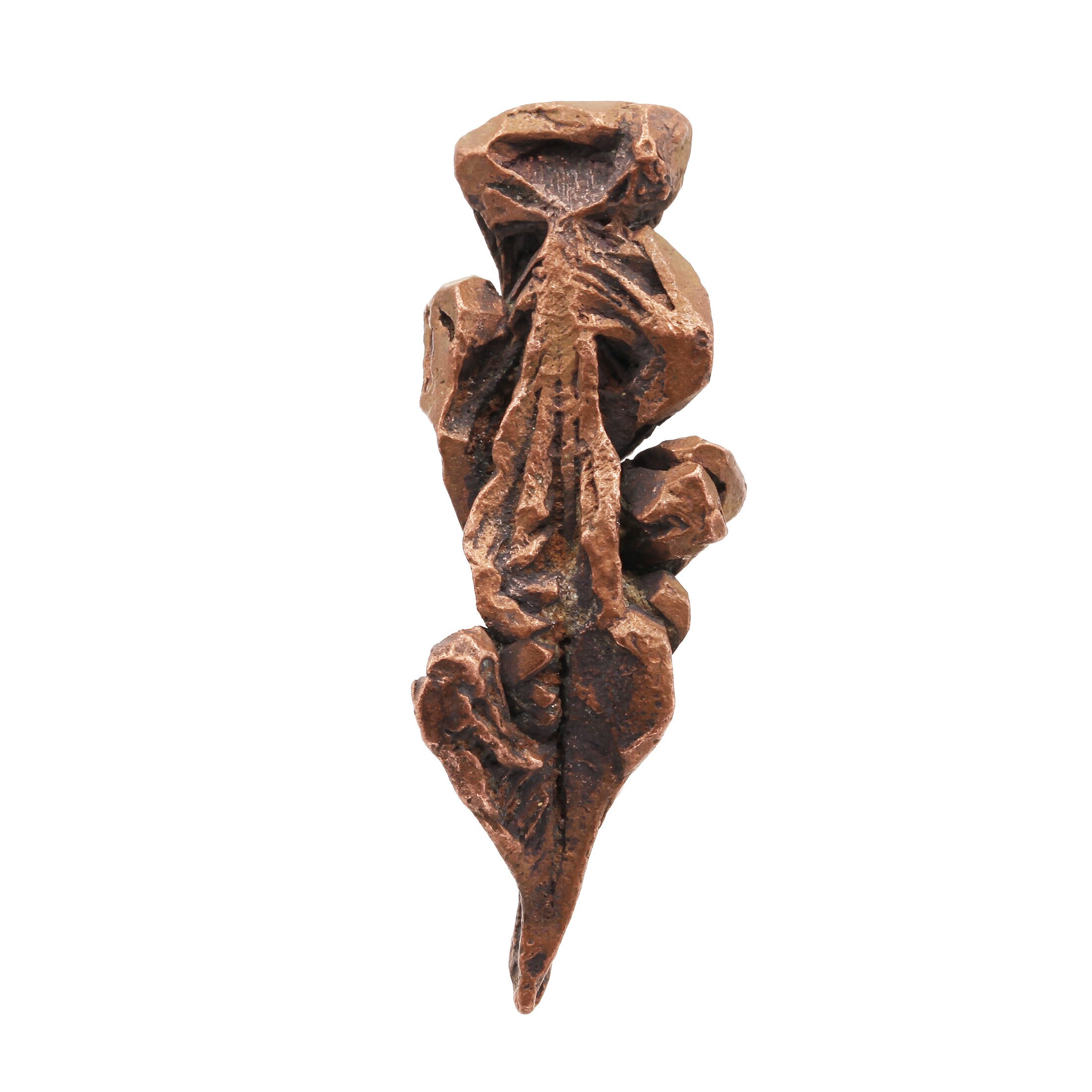 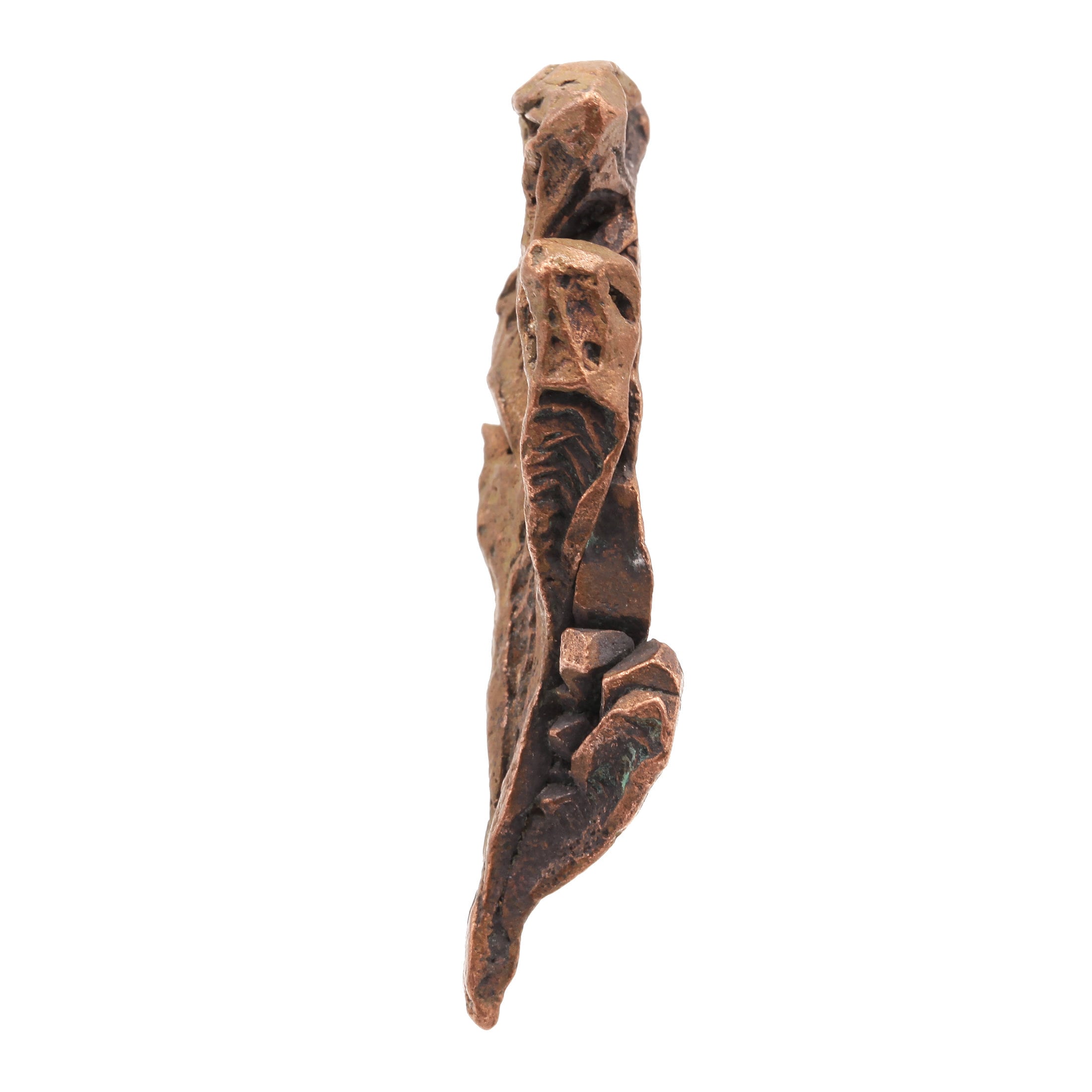 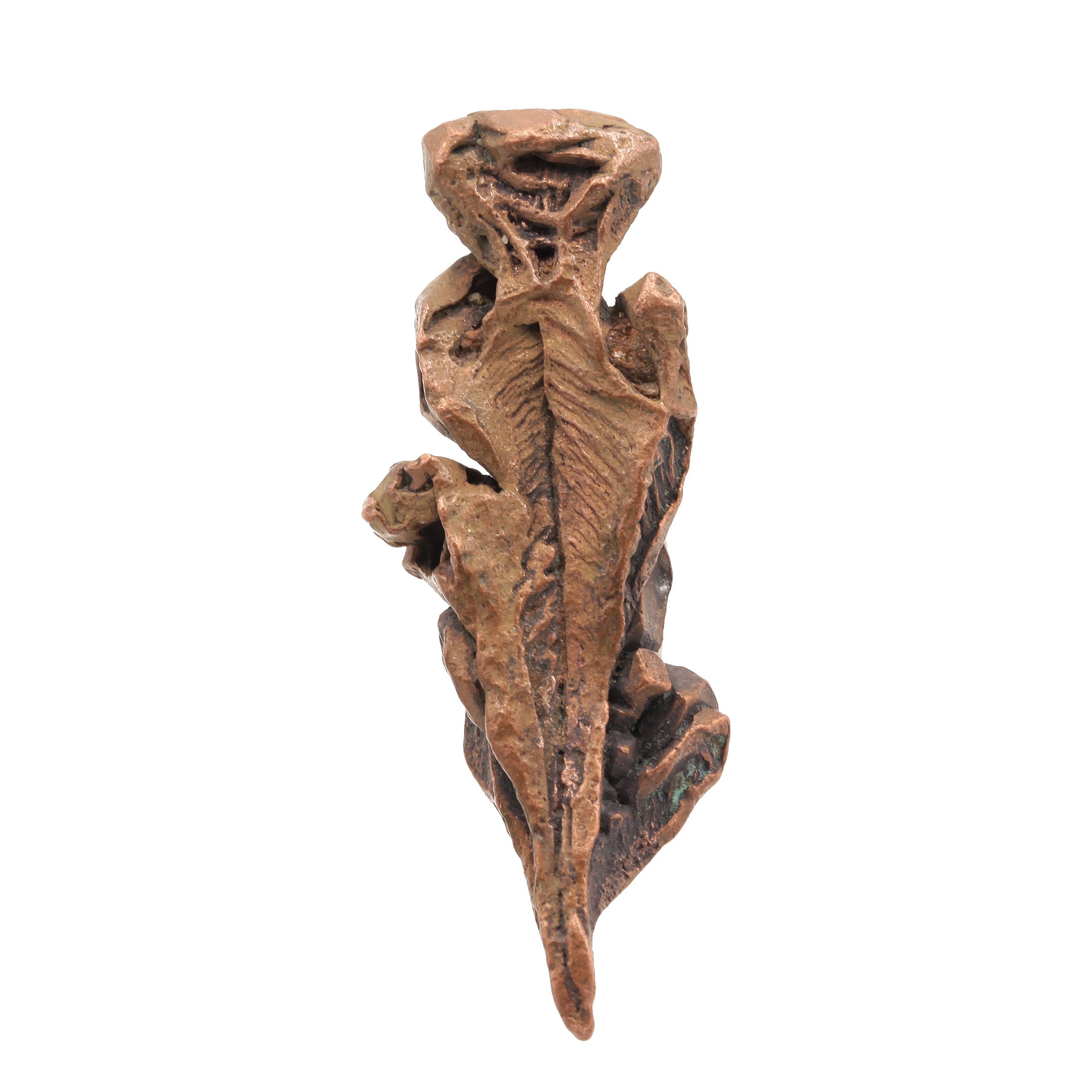 This beautiful specimen of Native Copper features a pleasing combination of defined "Spinel"-twins and well-formed crystals intergrown to create a display quality miniature. The piece is highlighted at the top by a wonderful dodecahedral crystal of Copper with both smooth well-formed positive faces and skeletal or "hoppered" negative faces sitting atop an elongated group of "Spinel"-twins which branch out along the length of the specimen. Each of the smaller "arms" of these twins is terminated by fine quality, well-formed dodecahedral crystals of Copper. The blending of both the euhedral crystals with their defined geometric form against the free-flowing, almost organic appearance of the twins make this one of the most attractive and desirable pieces that we purchased. The piece is completely pristine on all sides, and this is what is referred to as a "floater" with no point of attachment anywhere. It's rare to find both sharp, well-formed crystals along with the gorgeous "Spinel"-twins on the same specimen like this from this locality. The Rocklands Mine (also known as the Rocklands Group Copper Project) is a large copper deposit in northwestern Queensland, Australia and wasn't known primarily for producing much in the way of specimens. We started to see some arborescent / dendritic specimens of Copper trickling out in 2017, but in 2019 there was a major discovery of significant and important CRYSTALLIZED Copper specimens! At the Tucson Show in 2020, we were fortunate have a good friend who works at the mine, and gave us first choice to hand select from a parcel that he brought especially for us.