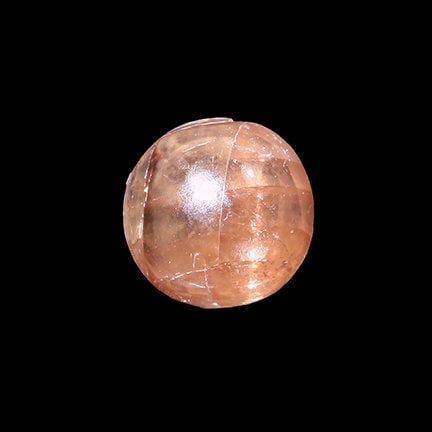 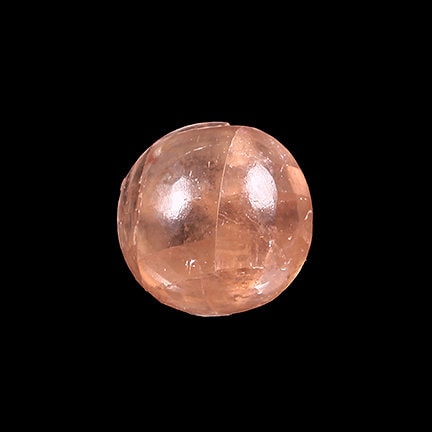 Rhodochrosite is not terribly common in gem quality material, and if you eliminate a few mines in Colorado, South Africa and the Uchucchacua Mine in Peru, there are few places left in the world where good stones can be found. There are some specimens from Kazakhstan, that might not be considered top gem quality, but they are certainly gemmy, and in the case of this stone, can show a rare Cat's Eye effect that is not seen in more well-known Rhodochrosite localities. I honestly did a double take when I first saw this stone, as I don't think I've ever encountered another one like it, certainly not from Kazakhstan. This Round Cabochon cut gem has a medium orange-pink color with moderate gemminess / good translucency, but the most important aspect is that when you shine a strong light on it, you can clearly see a Cat's Eye appear (best seen in the first photo on the right edge of the stone). Now this isn't the world finest example of a Cat's Eye gem, but have you ever seen a Rhodochrosite that showed a Cat's Eye like this? I know there are a lot of people who love Rhodochrosite, and gems like this are nearly impossible to obtain, especially since it was mined in the late 1980s / early 1990s and will probably never be available on the market again. Don't miss out on this one if you want to fill a hole in your collection, as I will probably never have another one like it again.