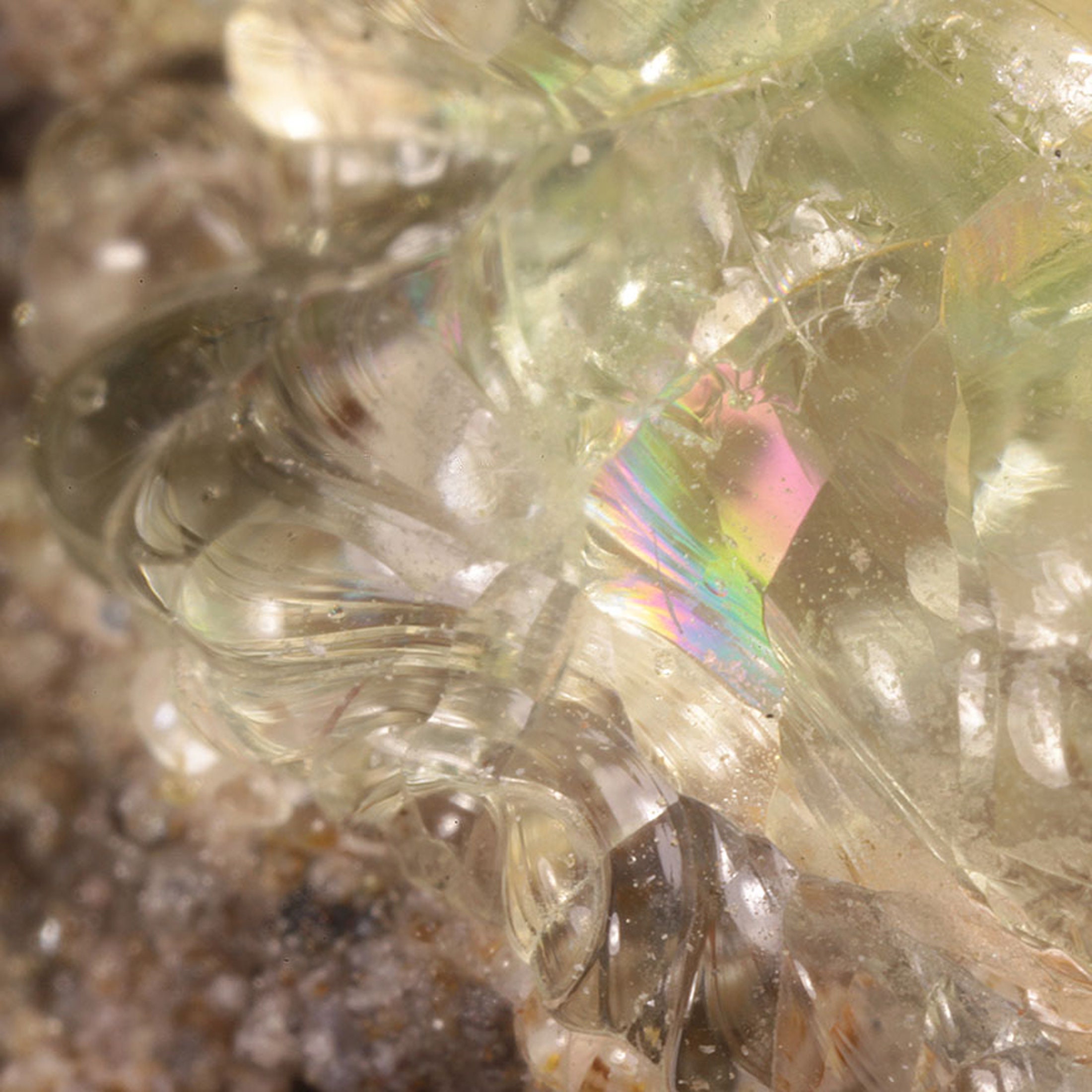 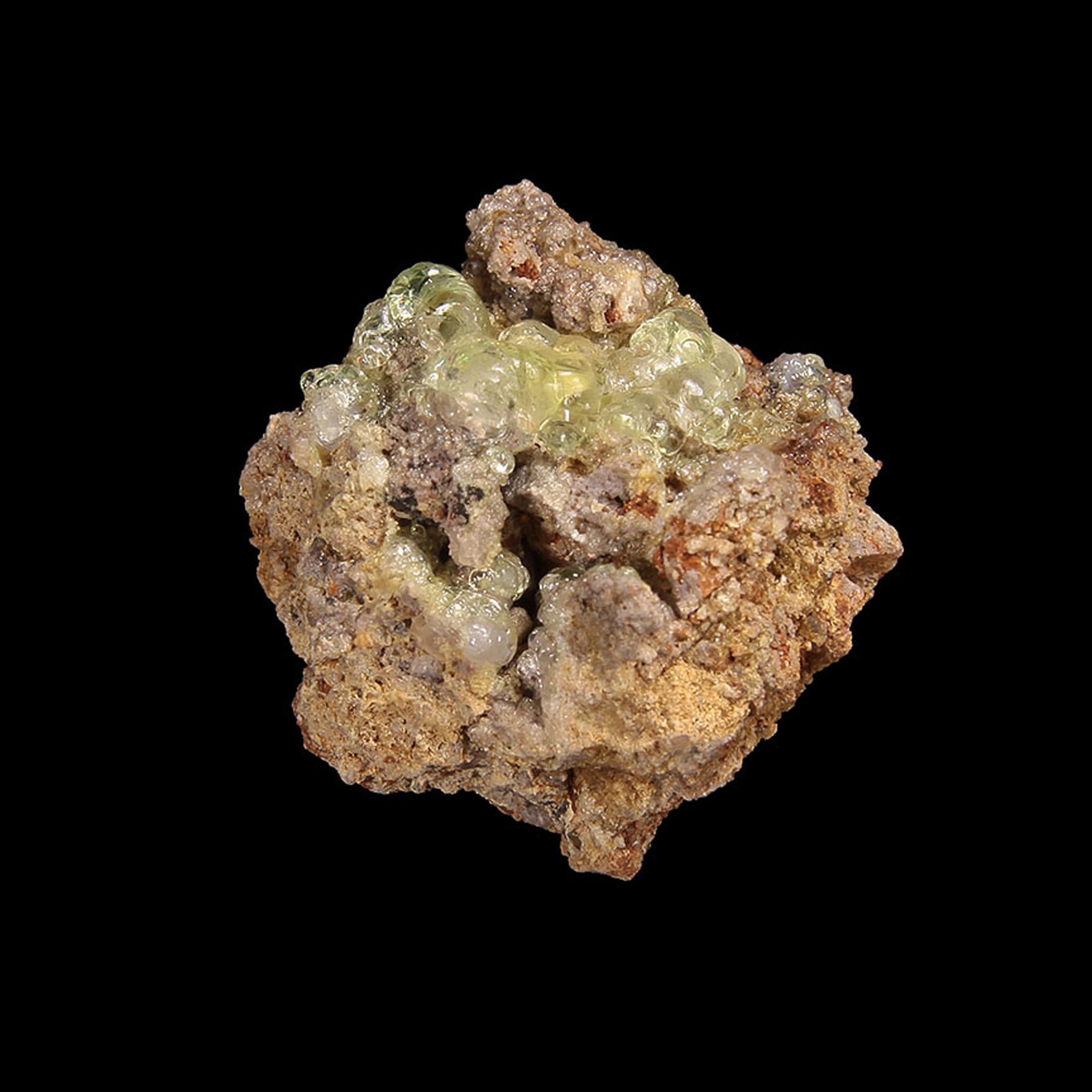 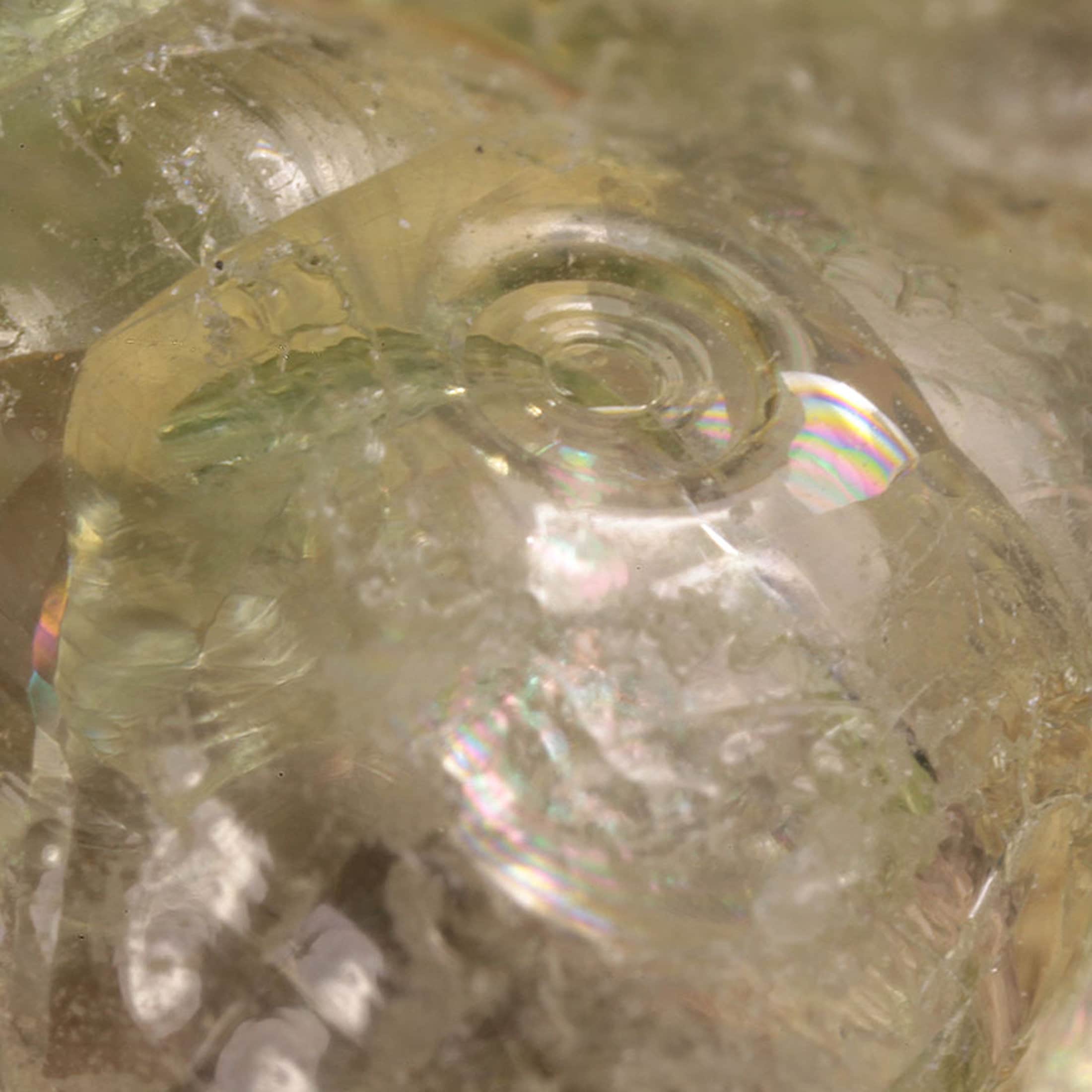 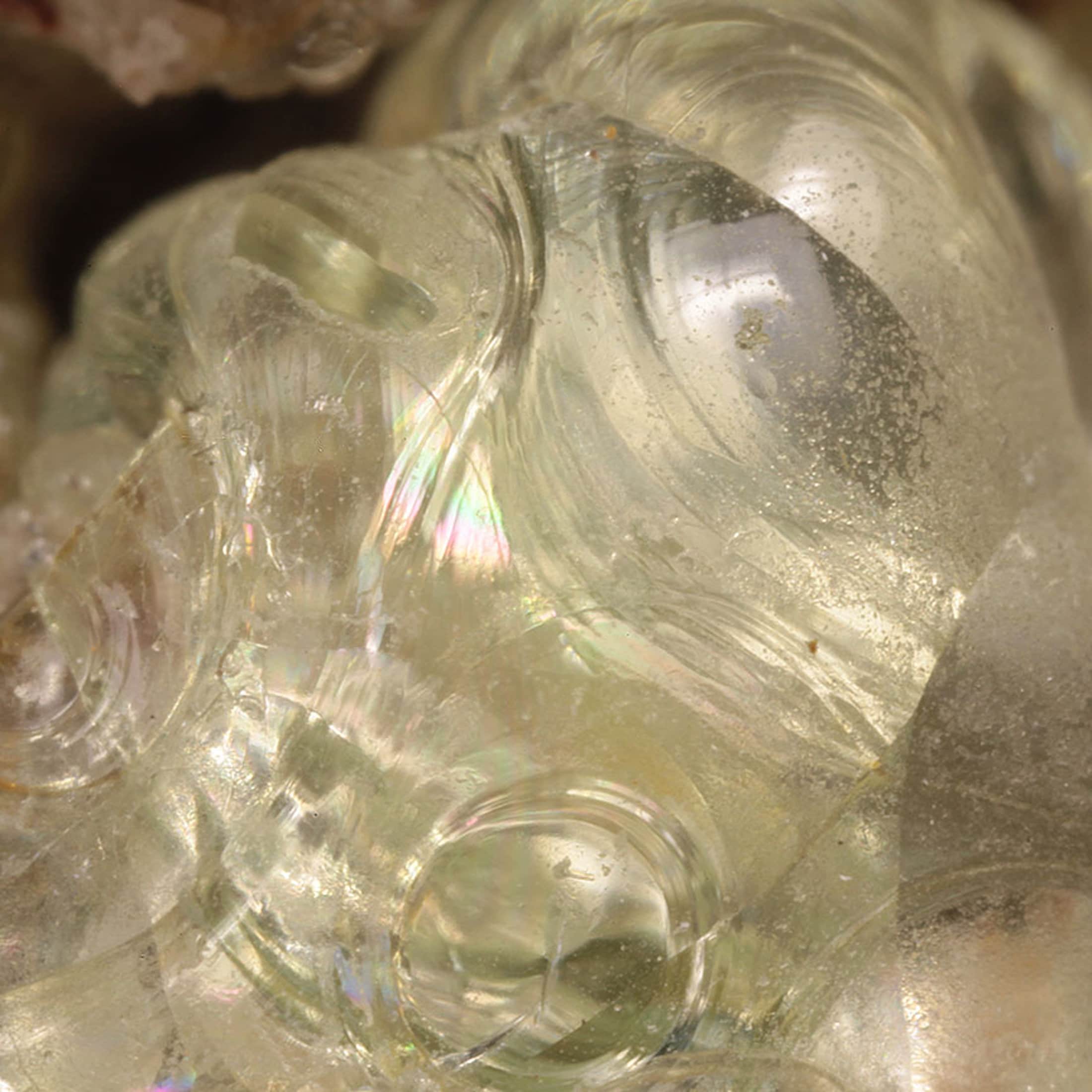 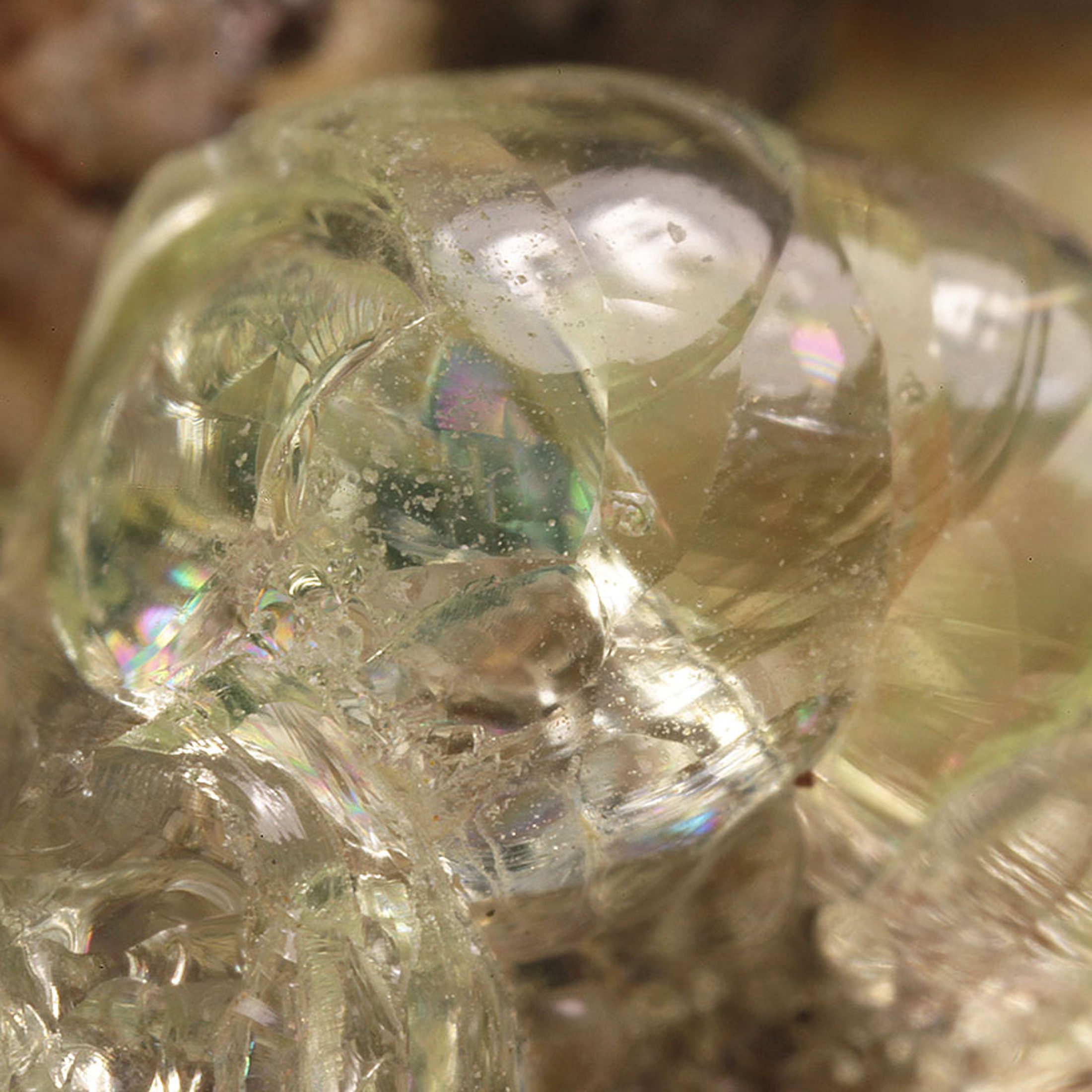 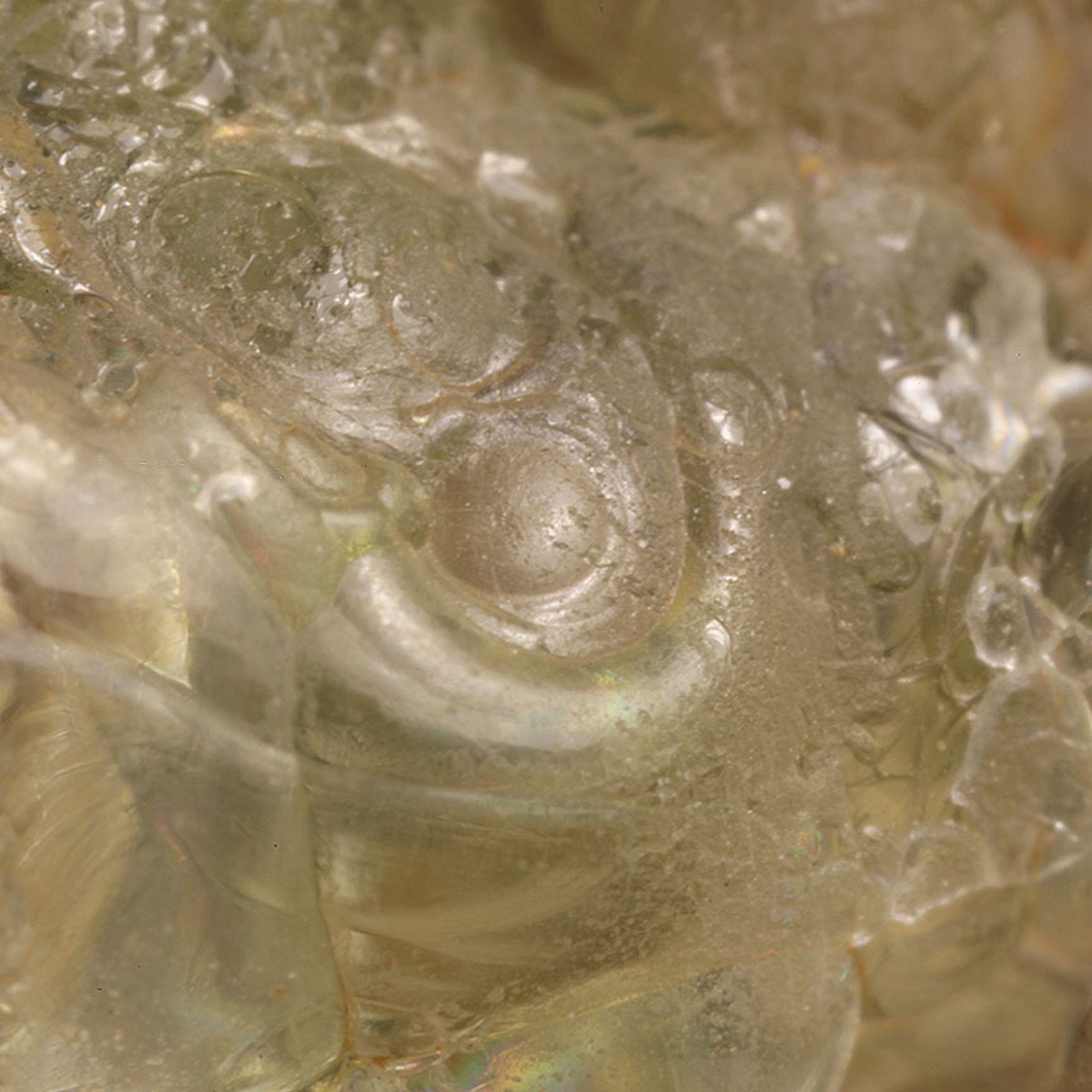 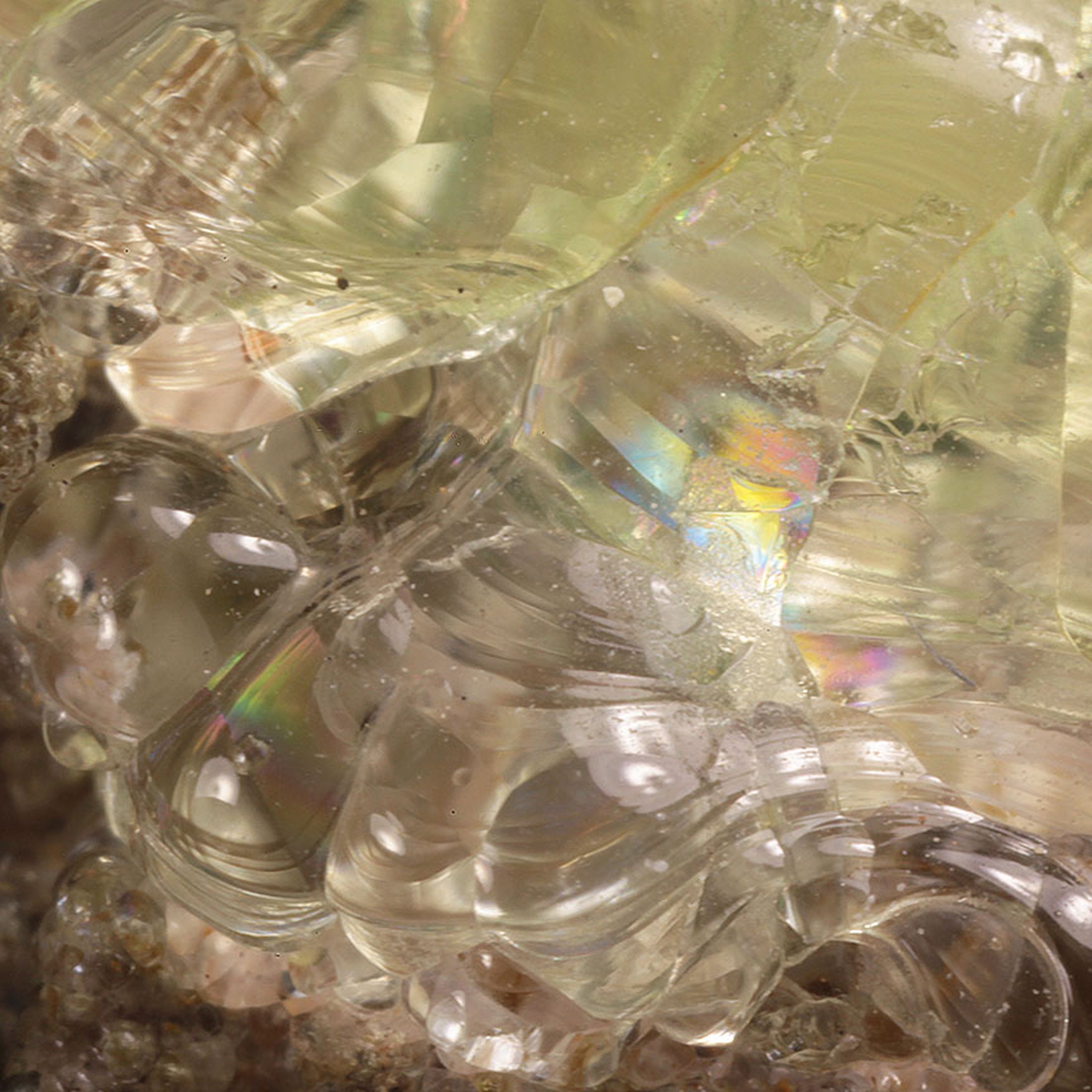 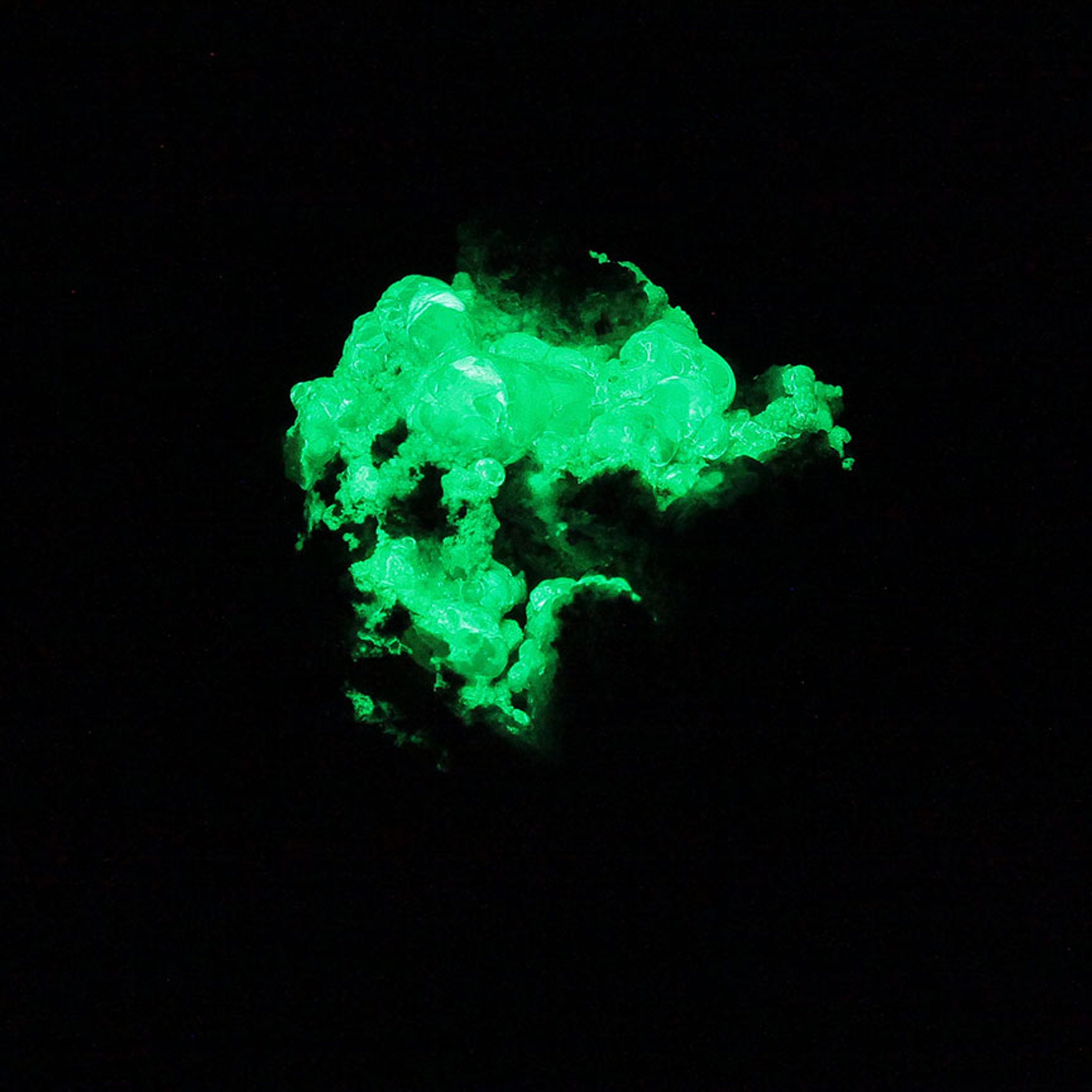 A beautiful specimen of the fairly new Hyalite Opal (now properly called Opal-AN) that started trickling out of central Mexico at the end of 2013 according to reports. Typically, Hyalite is colorless and not terribly eye-catching, but these new Mexican specimens have really given collectors an amazing impression of how fine and attractive this material can be. With that said, this piece shows a lovely greenish-yellow hue in indoor lighting, but it gets better. If you take it in the sun (even in a shaded area), you will notice a natural daylight fluorescence that is not commonly observed in Opal, but you can take it one step further because under both SW and LW UV light, the fluorescence is about as electric and intense as it gets for any mineral. Additionally, there are some small areas of multicolor iridescence that can be seen in a few of the "balls", which is rare in my experience with the material. An amazingly bright yellow-green glow can be seen that is almost unmatched in fluorescent minerals.

It has been said that gamma spectroscopic data indicates that this brilliant color is possibly attributed to the presence of uranium in the form of a uranyl (UO2 2+) molecule! I suppose it's not terribly surprising that uraniferous Opal would have this kind of fluorescence, but it's certainly rare and very attractive. This particular piece features several gemmy to translucent, globular "spheres" of Opal-AN on host rock matrix. The color ranges from a soft greenish-yellow to virtually colorless. They look like little beads of jelly. I have seen similar specimens from Erongo, Namibia, but the Mexican pieces have larger "balls", a richer coverage of the Opal itself, and stronger color is some cases. This is the kind of material that would be perfect for anybody who appreciates Opal as a species, and definitely should be on the radar of any fluorescent mineral collector! From what I'm told the find was incredibly limited, and if you want one, get one now as they are already scarce on the market. It should be noted that Hyalite is not a species, nor a variety of Opal, as the material is now called Opal-AN (the listing on www.mindat.org states that "The "A" in the name stands for amorphous; the subscript "N" is to imply its structure is network-like similar to silica glass; however, it still contains about 3-8% water"). Lastly, the exact locality for this material has not been disclosed, or possibly is not known by those who brought it to the market, so I'm simply labeling it as Zacatecas, Mexico.