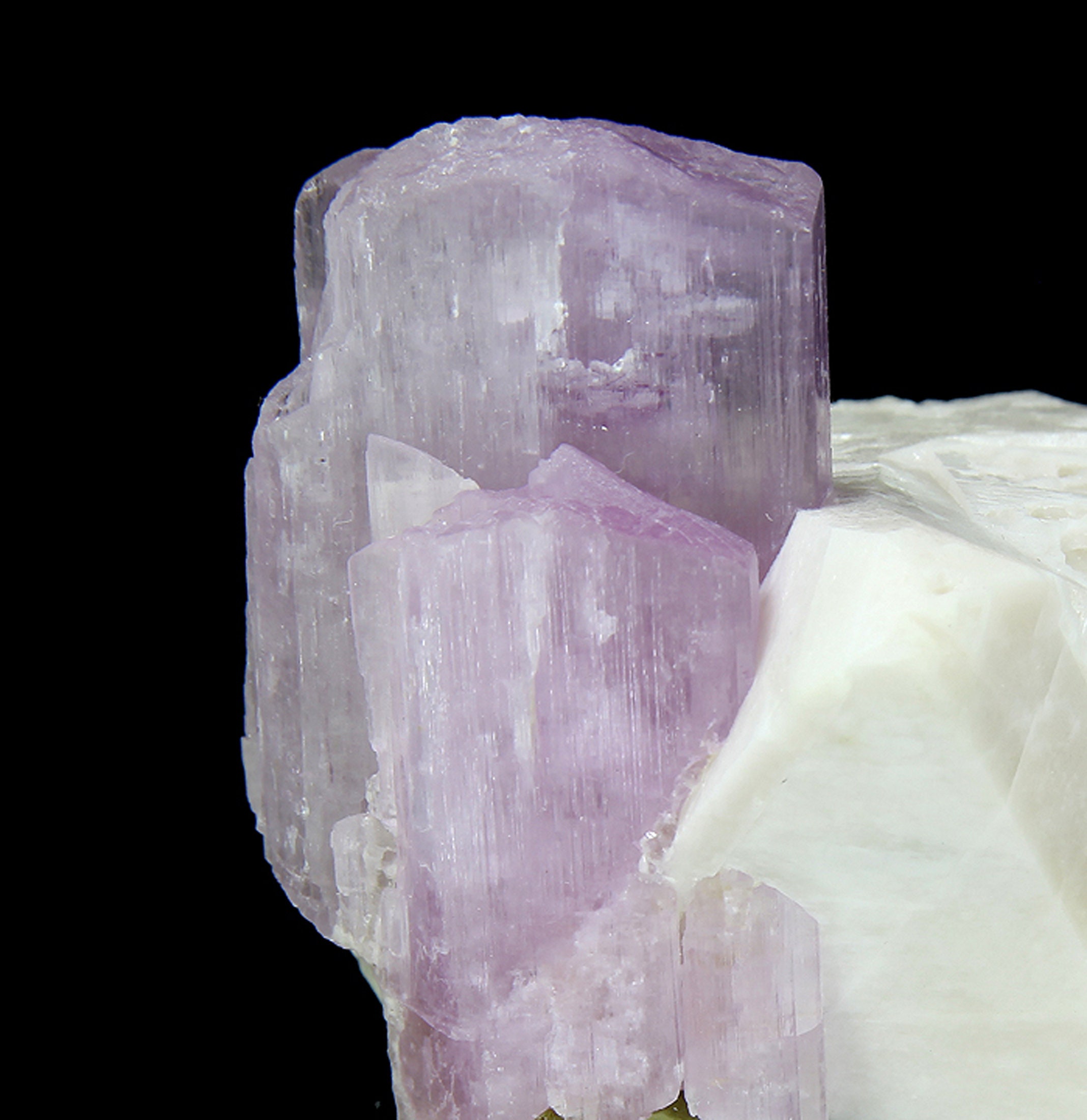 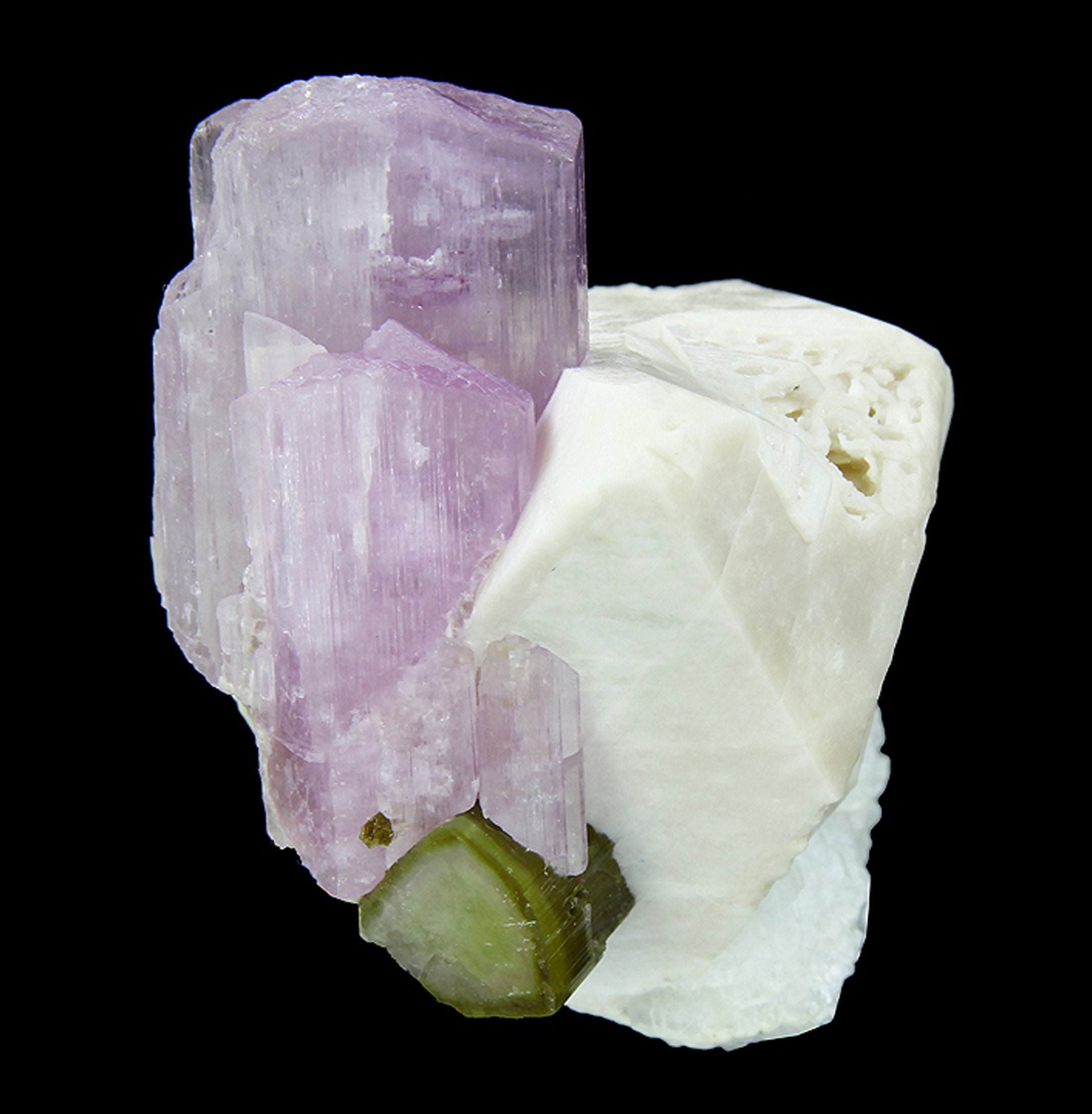 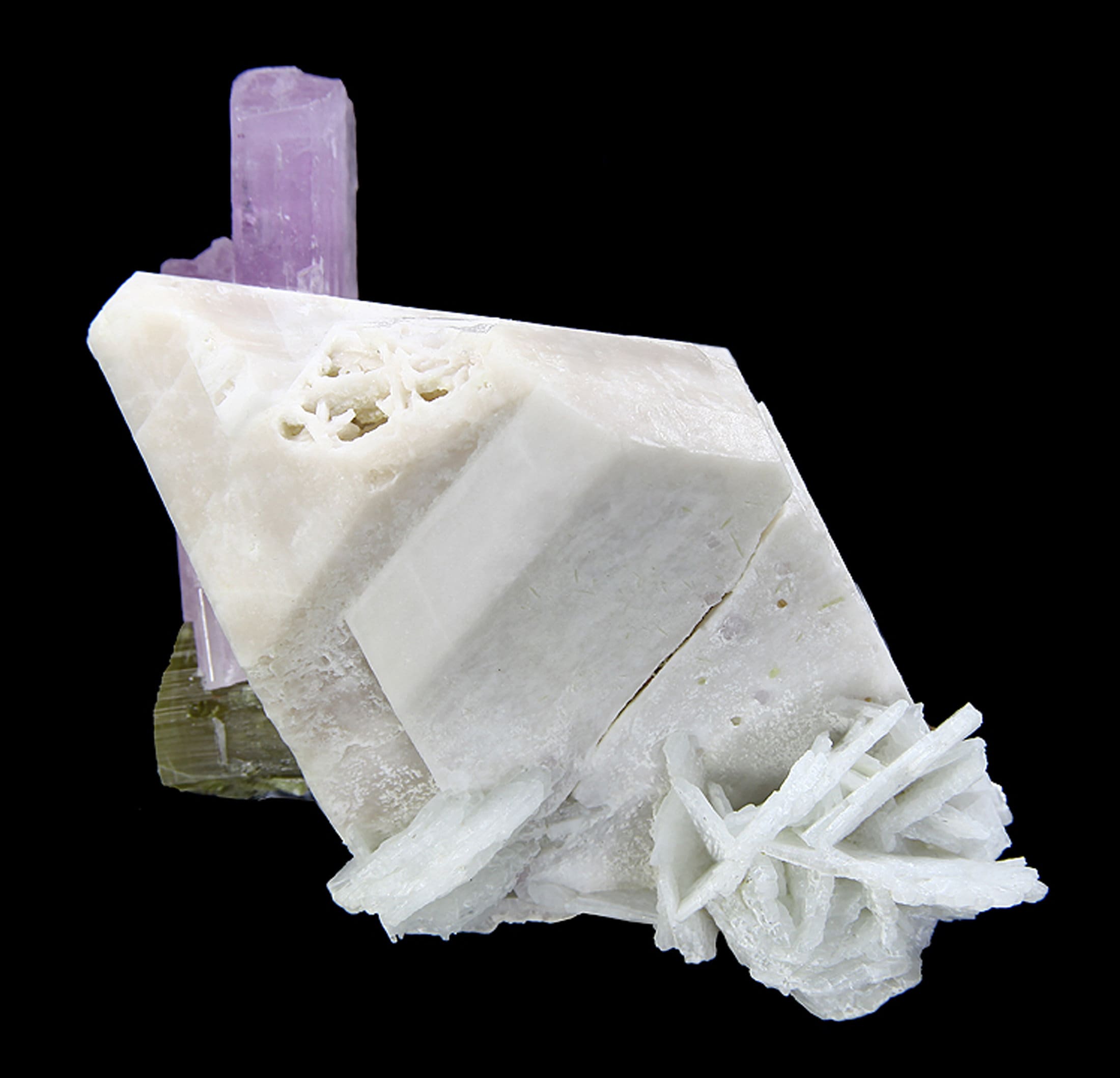 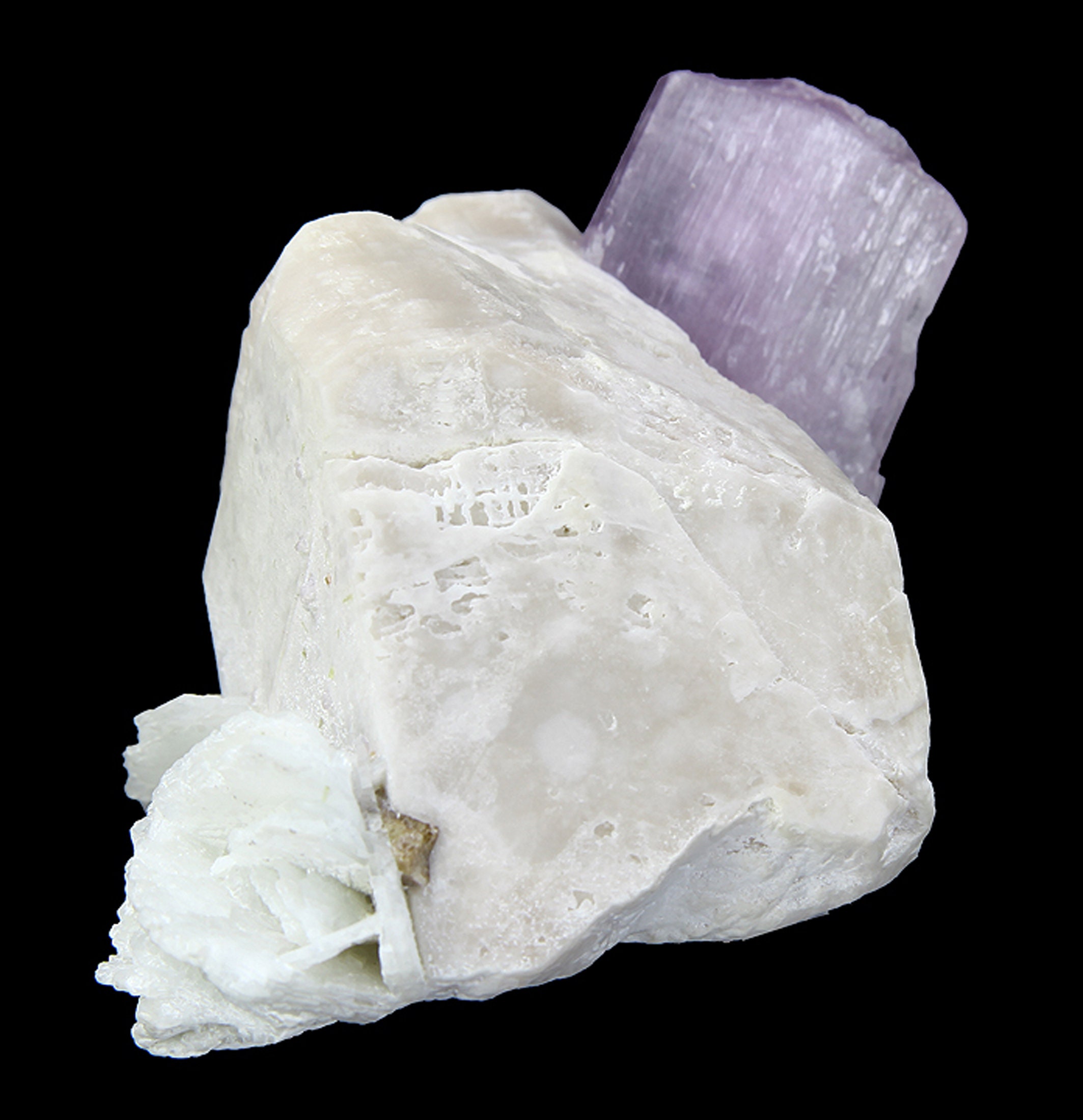 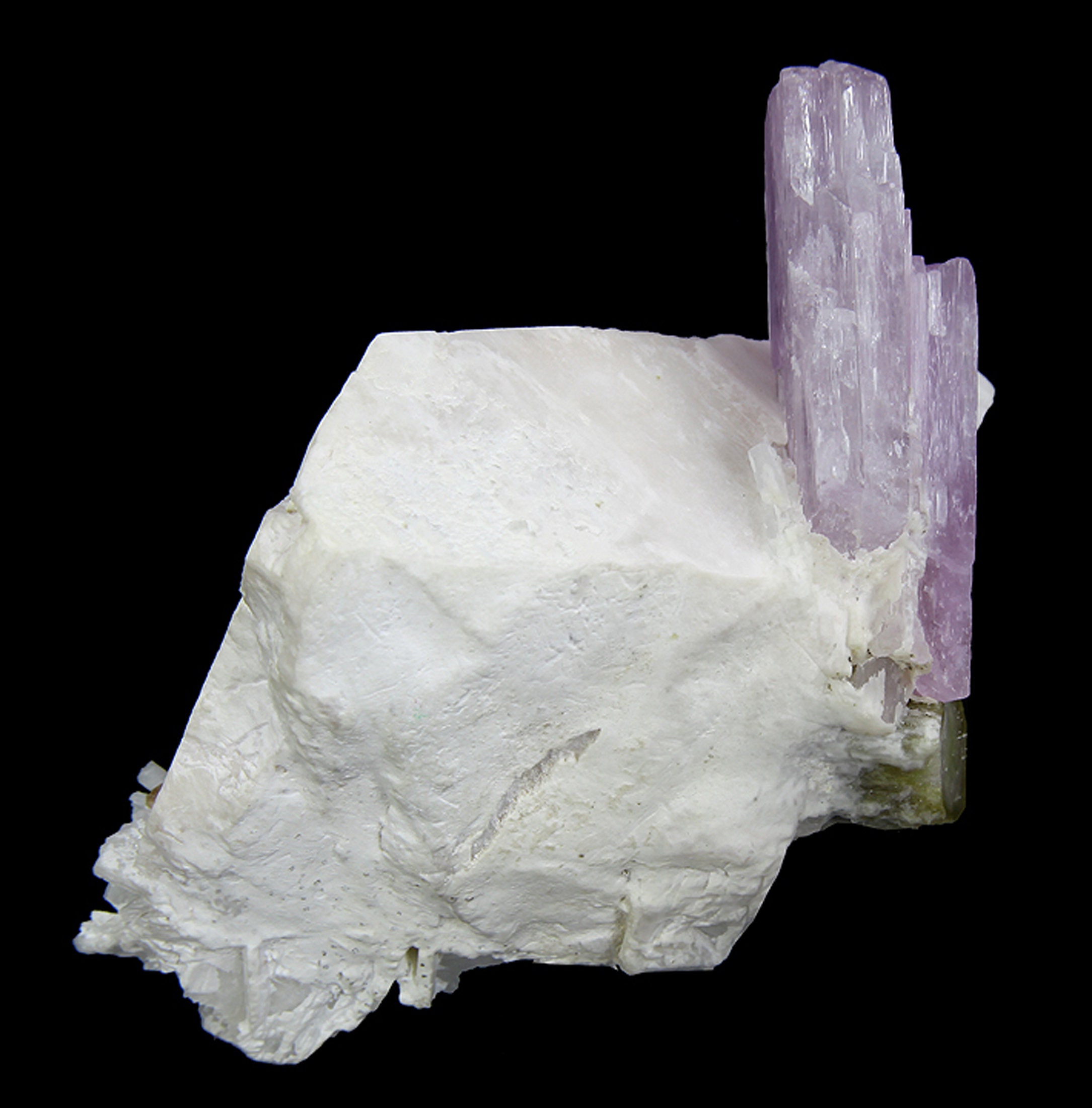 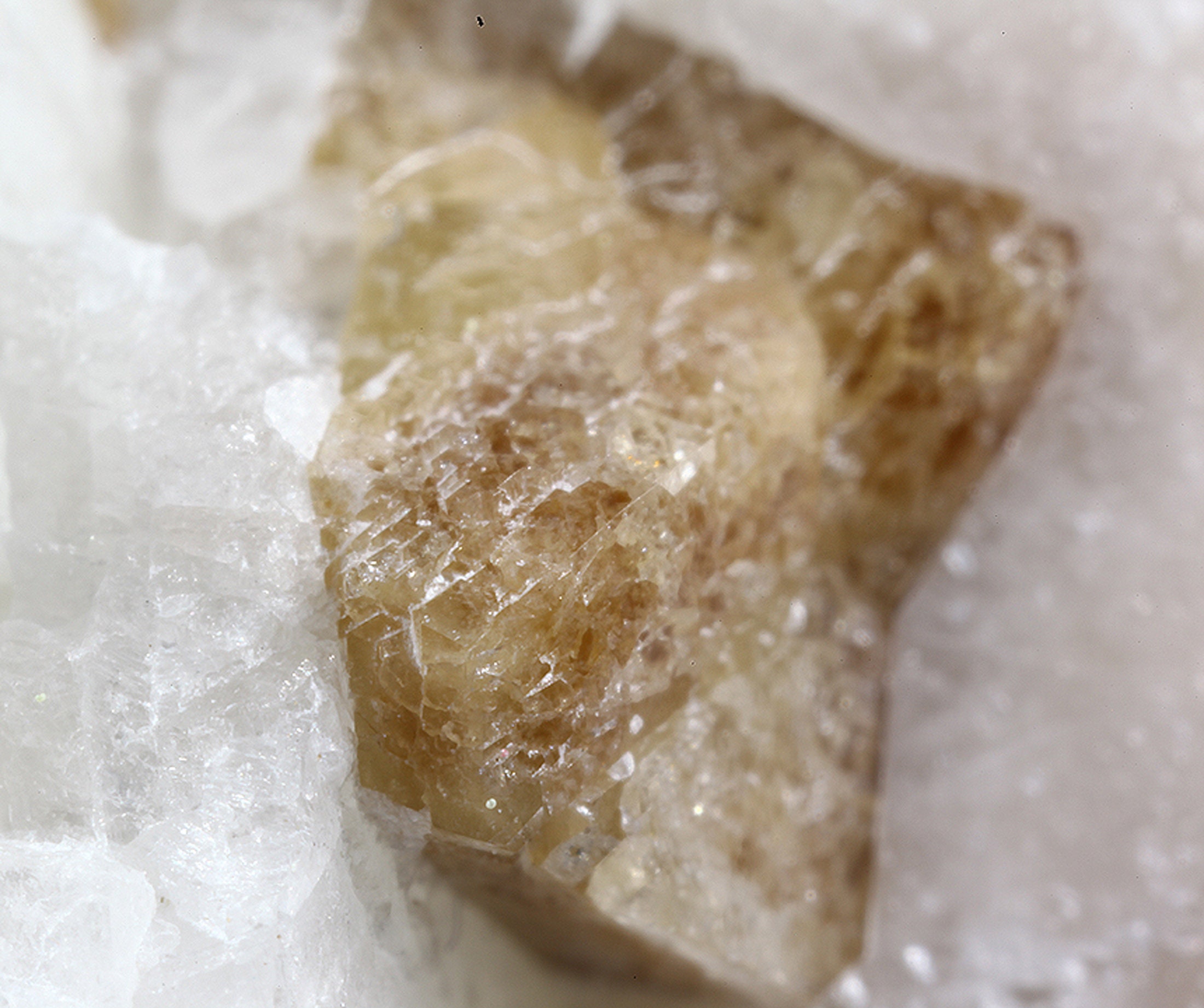 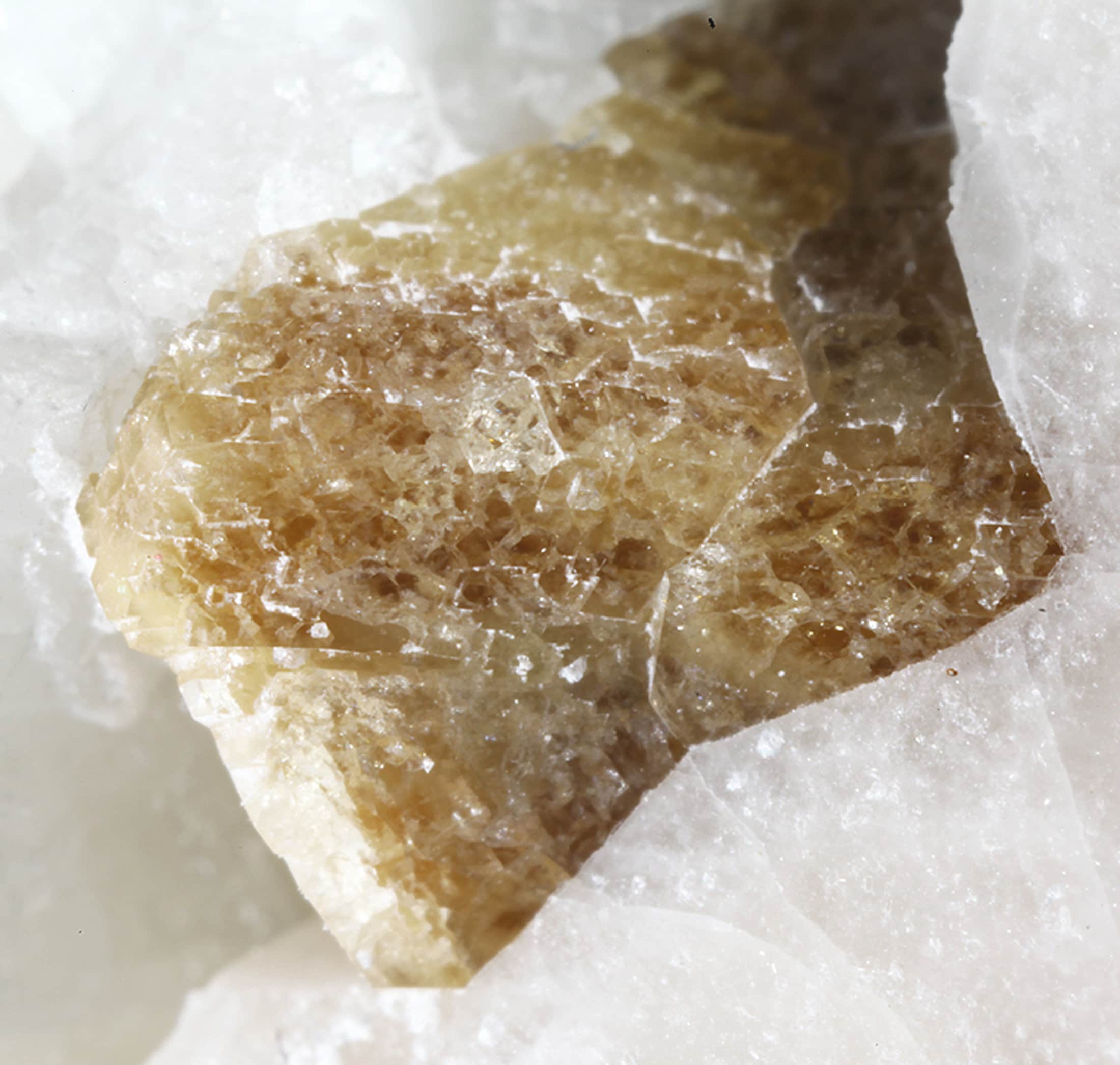 A beautiful and rarely seen MATRIX ASSOCIATION Kuznite specimen from Afghanistan. Five distinct minerals on the same specimen with good color, aesthetics and balance. The focal point of the piece is the pair of sharp, lustrous, translucent, purplish-pink prismatic crystals of Spodumene (var: “Kuznite”) (one of which shows a distinct twin line) which are aesthetically flaring off a sharp, cream/buff colored blocky crystal of Microcline with an associated “rosette” of white bladed Albite (var: “Cleavelandite”) near the base. Additionally, and most importantly, you can see a Tourmaline crystal at the base of the Kunzites which has a unique “cucumber” appearance with a dark green outer “rind” and a soft cucumber green interior. Lastly a small, sharp, lustrous bronze colored octahedron of the Microlite Group (most likely Fluornatromicrolite) is wedged between the Albite and Microcline on the reverse side of the specimen. I have only seen a handful of matrix specimens featuring Microlite crystals from Afghanistan, and this is the ONLY specimen I’ve ever had to offer with Kunzite and Tourmaline associated with Microlite together. From my father’s collection originally, he purchased it around 2001, and it was the only Kunzite from Afghanistan that he had in the collection to the best of my knowledge. He noted the significance of this hard to find association, and that was the main reason why he kept the piece for himself. There are hundreds of Kunzite specimens on the market from Afghanistan, but you don’t see pieces like this anymore, typically only single crystals, so if you’re in the market for an interesting and eye-catching matrix display specimen of this material, don’t pass this one up.