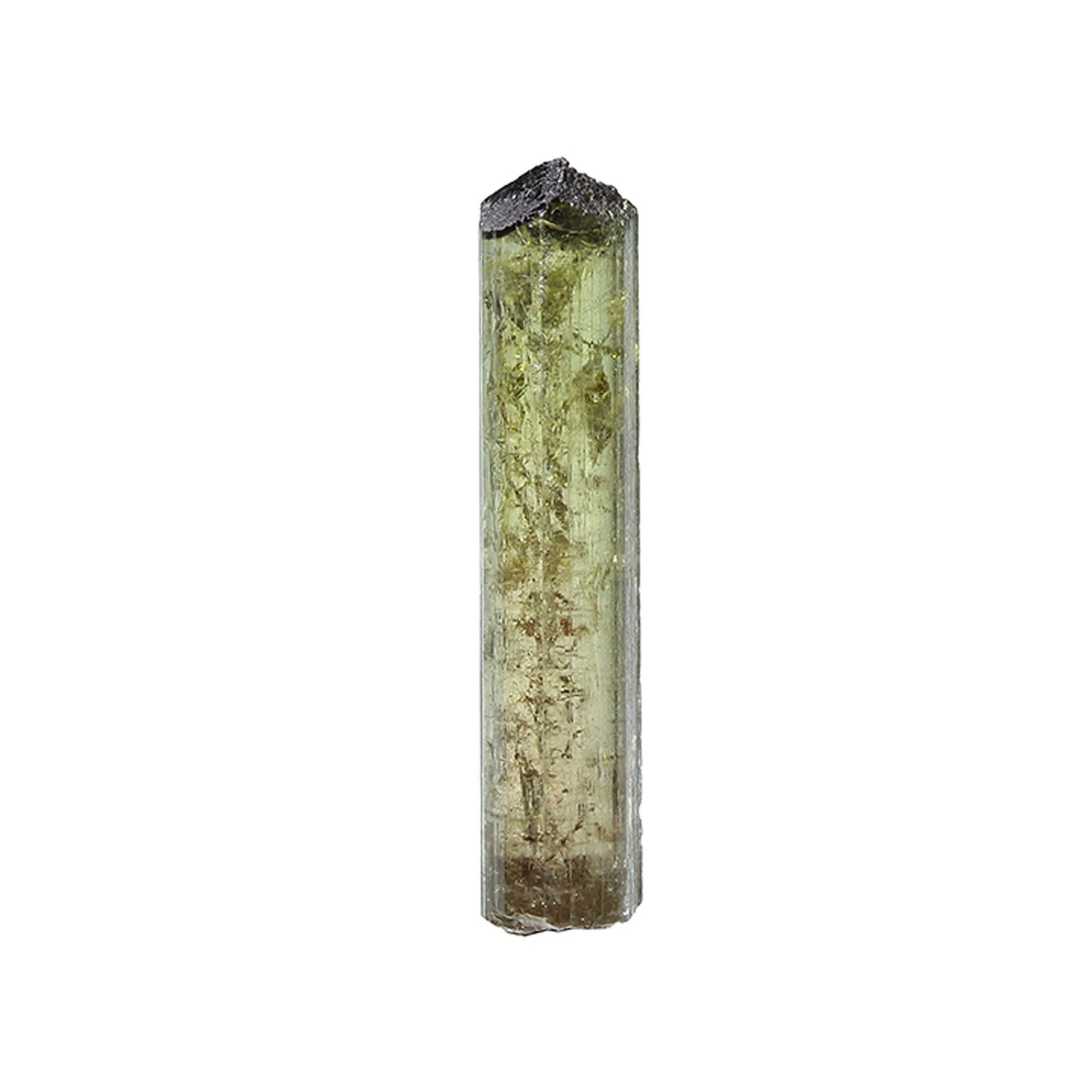 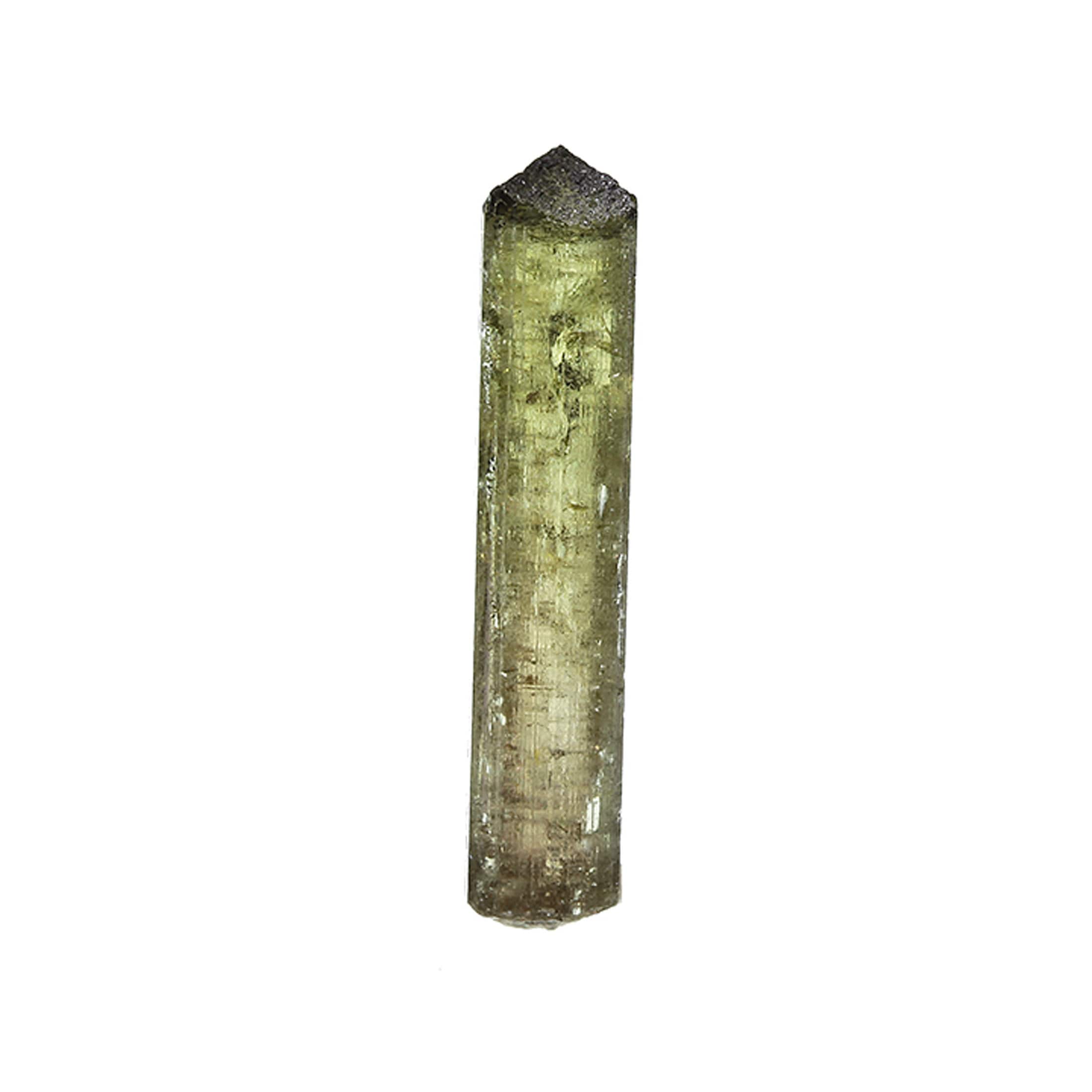 One of the rarely seen “tête noire” / “testa nera” (black head) Tourmalines from Vohitrakanga. It has a notably interesting “extra virgin olive oil” greenish color with a distinct black color on the pyramidal termination. Near the base of the crystal, the slightest amount of pink can be seen. The prism is remarkably lustrous, bright and glassy and internally, there’s plenty of gemminess, though it’s not water-clear. This is a rare color for Tourmaline, especially with the interesting “black head”, not unlike Tourmalines I’ve seen from Elba Island, Italy. This crystal was sold to me as being Liddicoatite, but as of 2011, Liddicoatite is a “non-approved” mineral species (it’s now called Fluor-Liddicoatite), but for the purposes of this crystal, I'm going to refer to it as Liddicoatite. There are more localities for Liddicoatite in Madagascar than any other country worldwide. Originally, it was named after the gemologist Richard Liddicoat, the former president of the Gemological Institute of America.