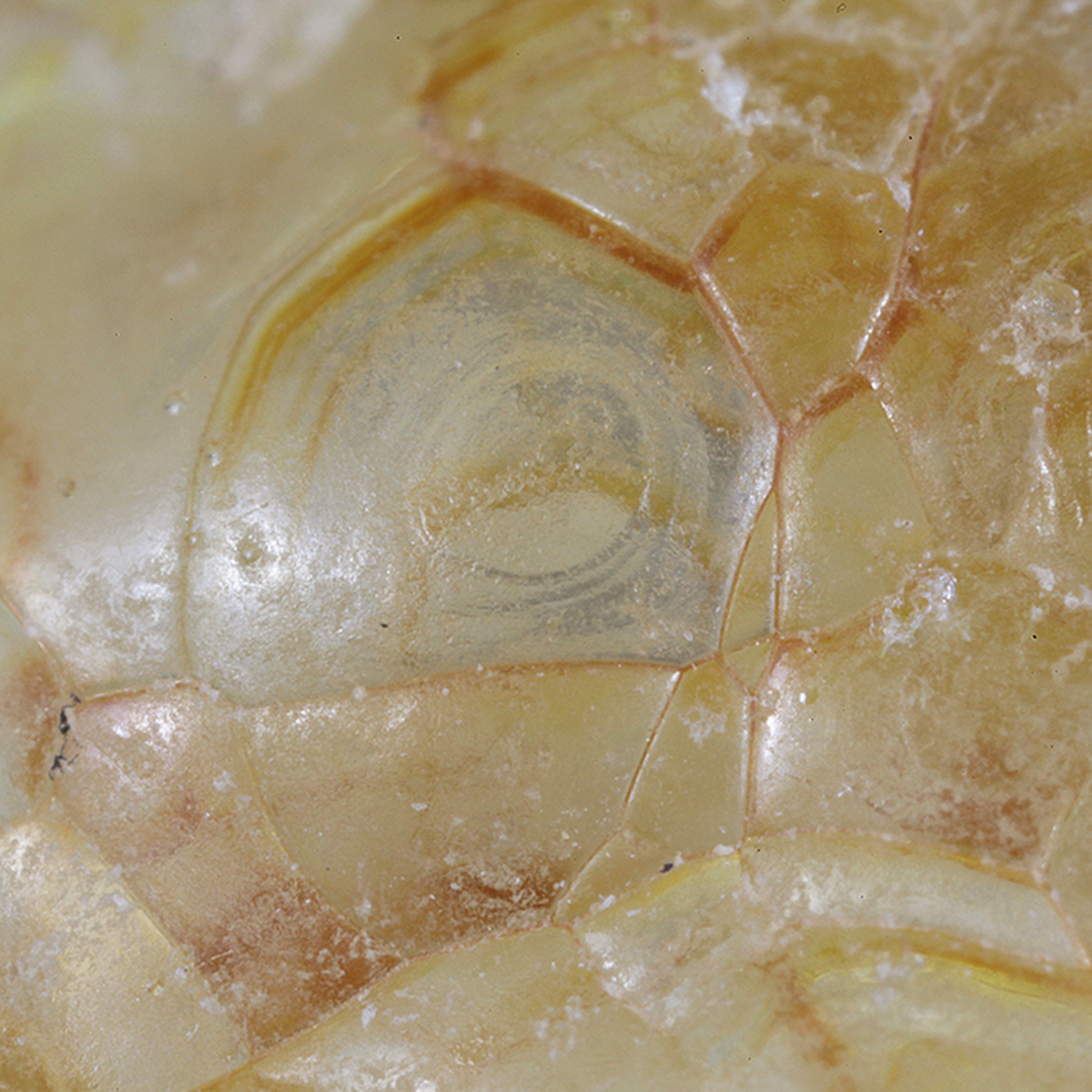 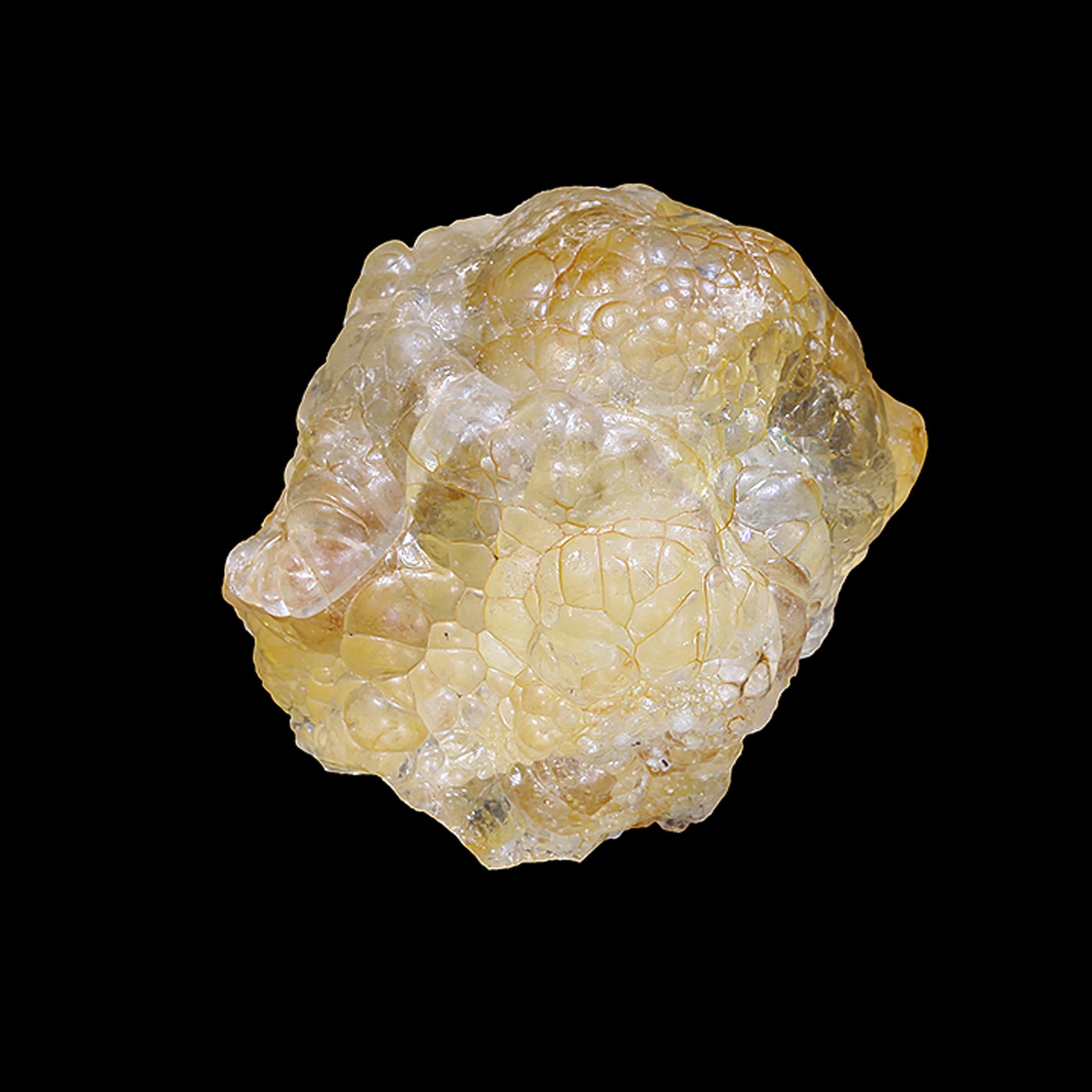 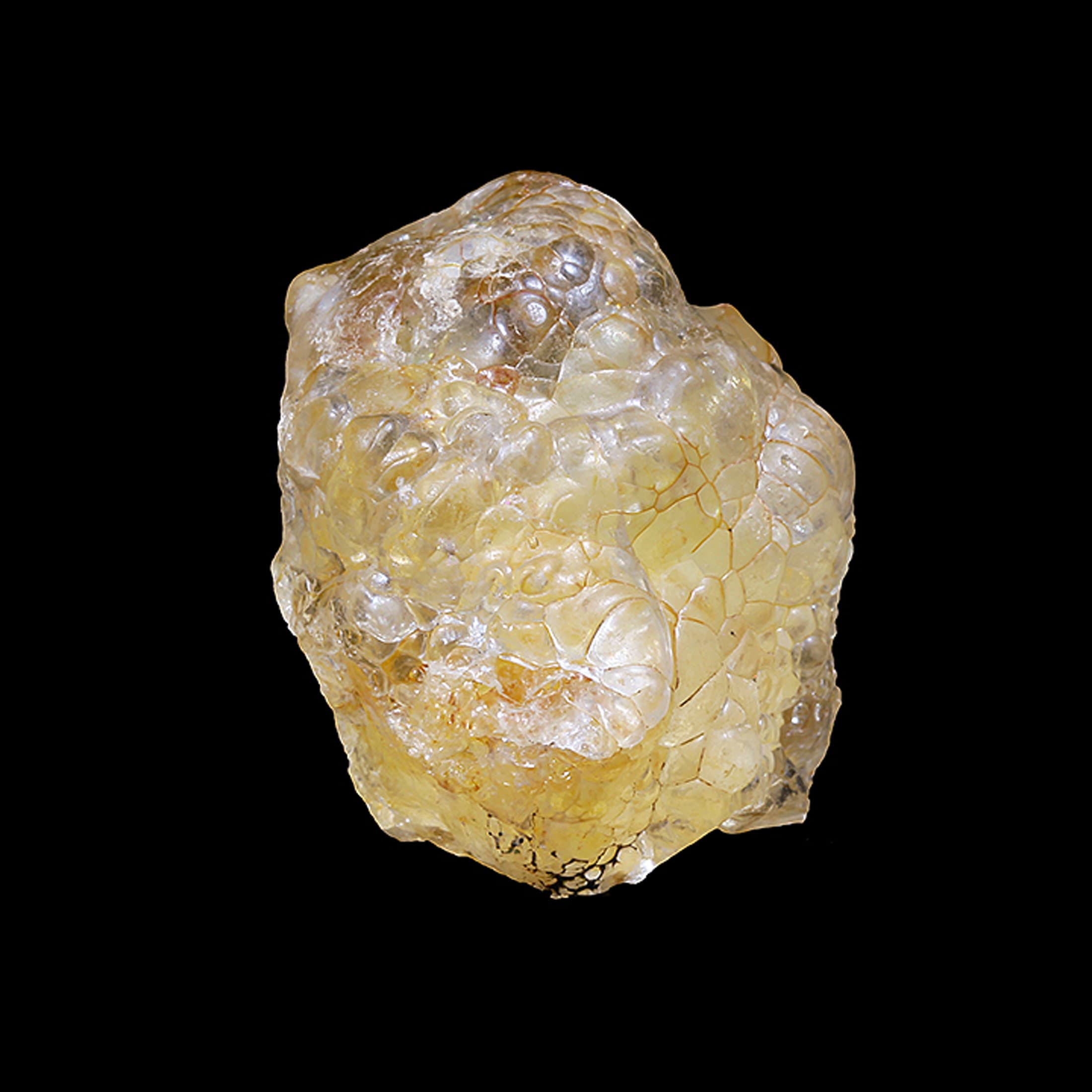 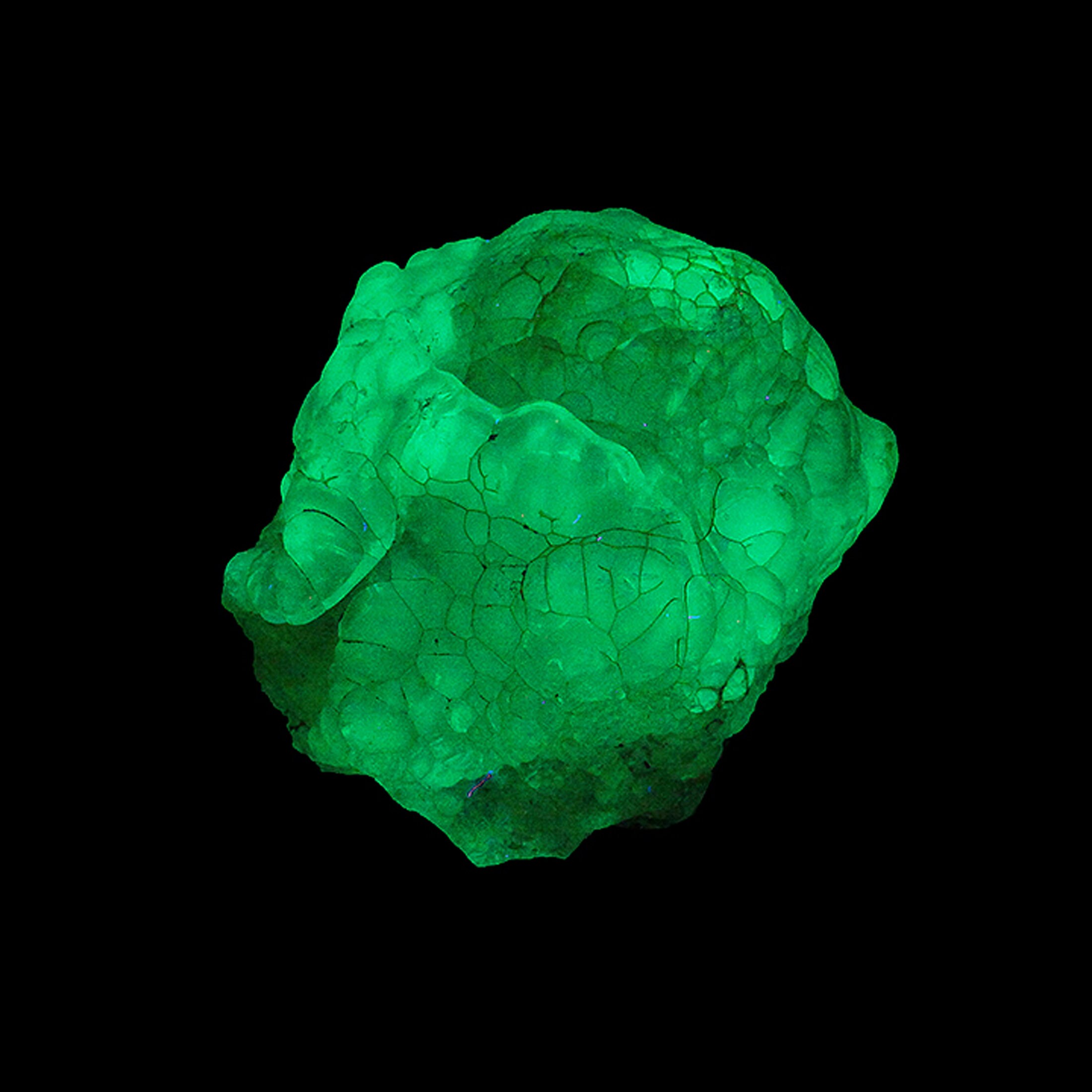 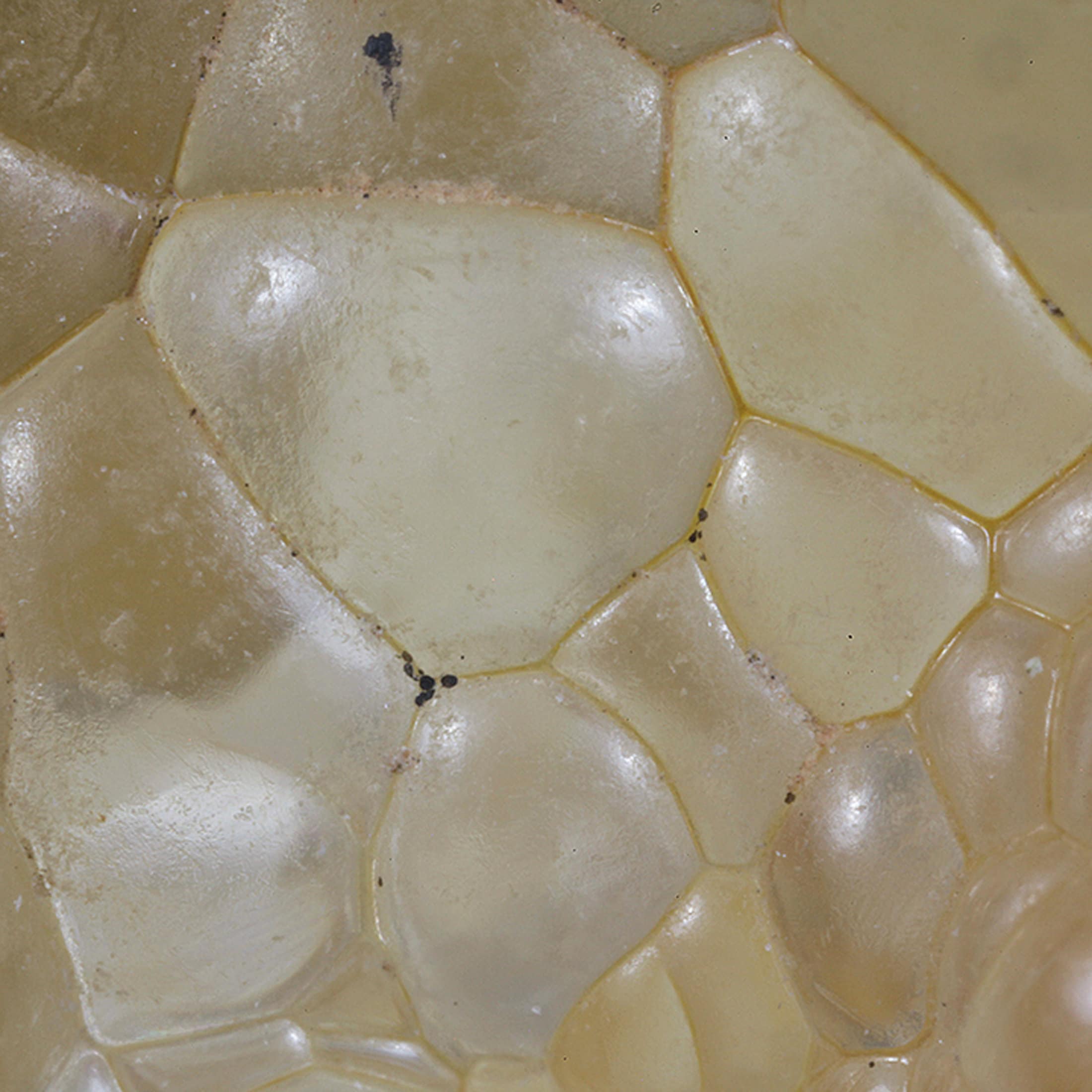 A rather gemmy, soft golden orange color, lustrous, globular group of “Blood Vessel Opal” / Hyalite Opal featuring a group of intergrown “spheres” which get their color from tiny inclusions of iron oxide. A little below the surface, the specimen shows the thin “capillary”-esque lines that give it such a unique appearance. One typically does not see Hyalite Opal of this quality and color on the market. Only a tiny bit of damage on the back, and attractive to be sure.

** PLEASE NOTE: We use professional grade UV lights to photograph all of our pieces, which are pure UV and more powerful than virtually any UV lights that can be purchased at retail stores. Lights purchased outside of scientific suppliers often have mixed wave bulbs with a much lower wattage, and not all minerals (including Opal) fluoresce under different UV waves. For example, these particular Hyalite Opals show strong green fluorescence under short wave UV but almost no fluorescence under long wave. Therefore, they do not fluoresce well under mixed wave lights.
Locality: San Luis Potosi, Mexico