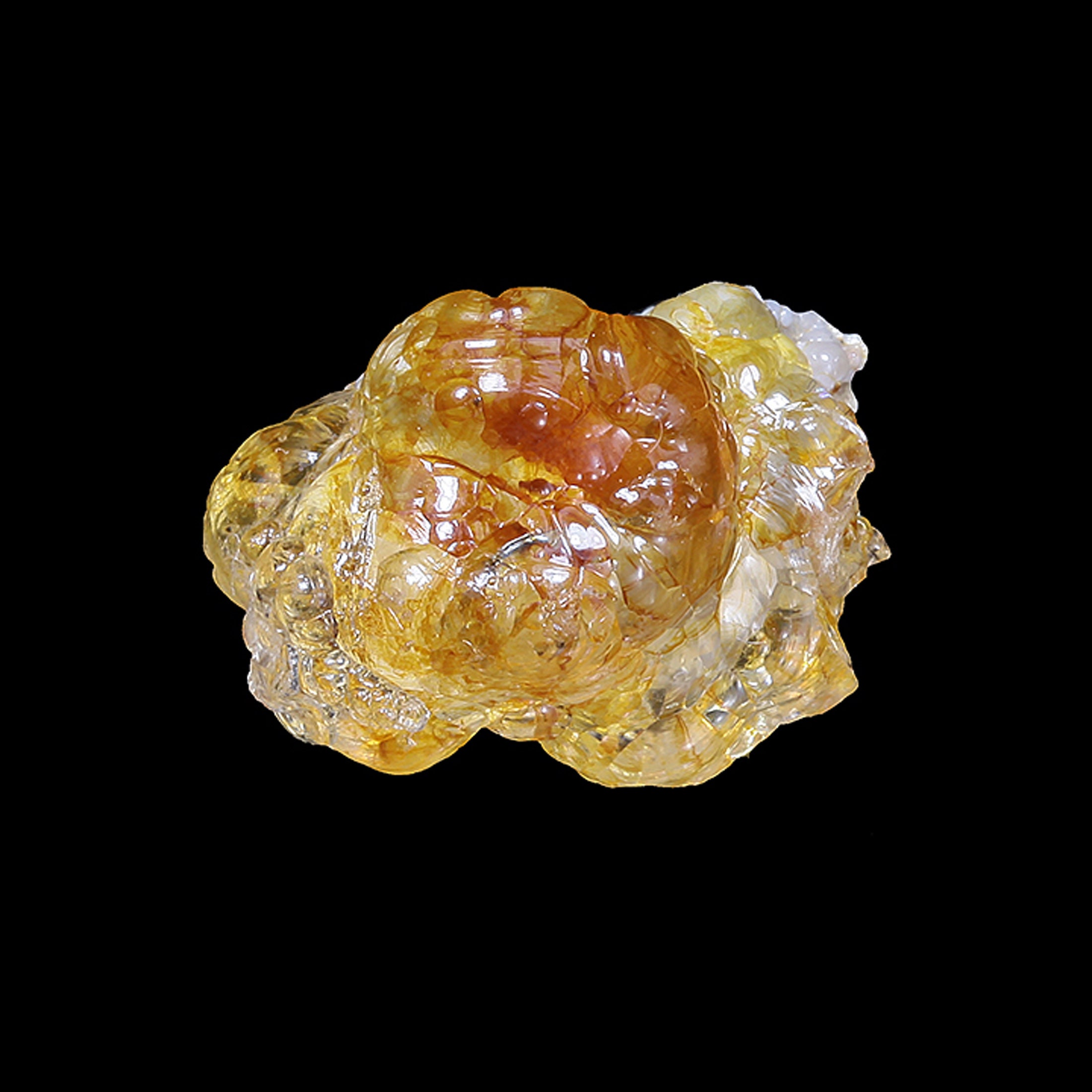 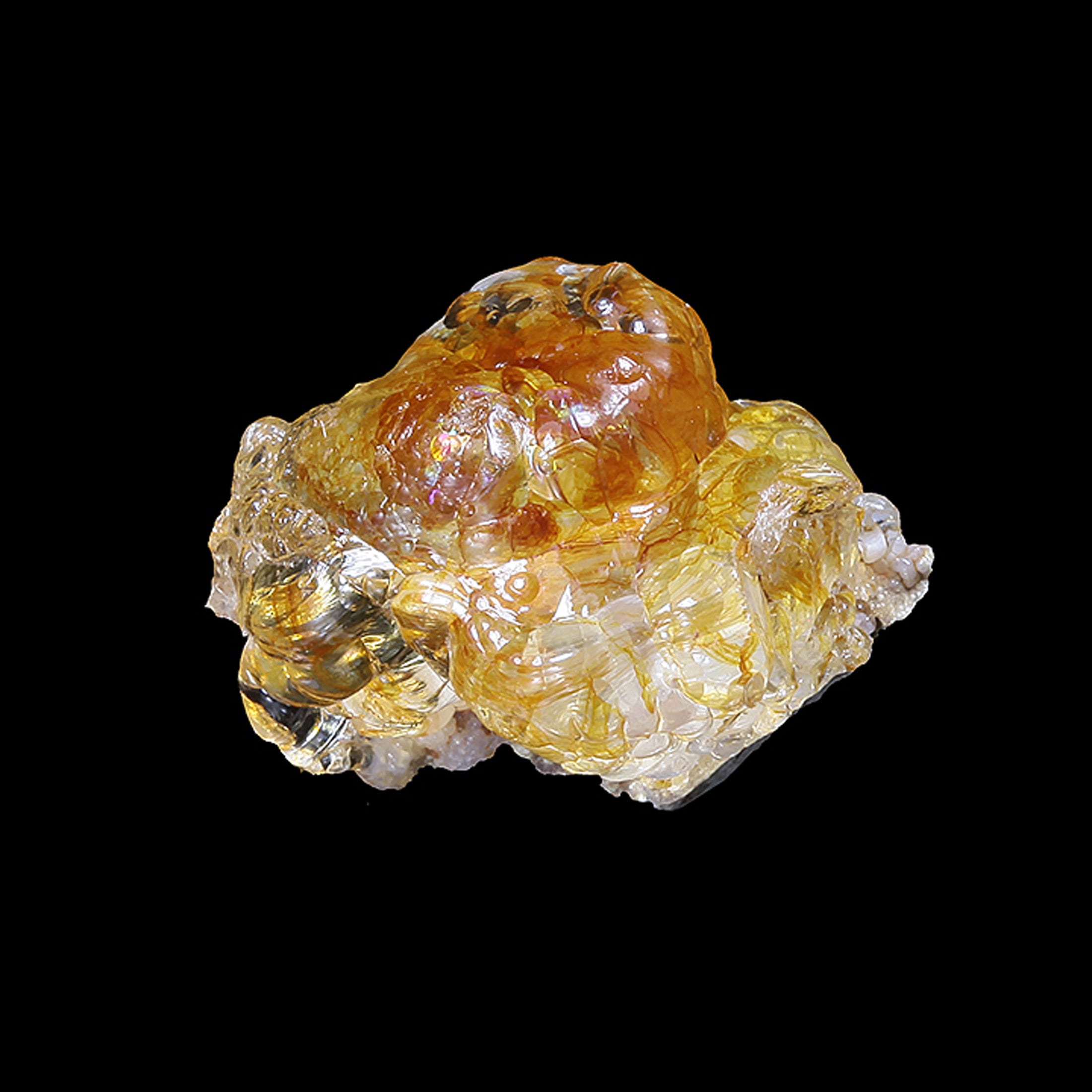 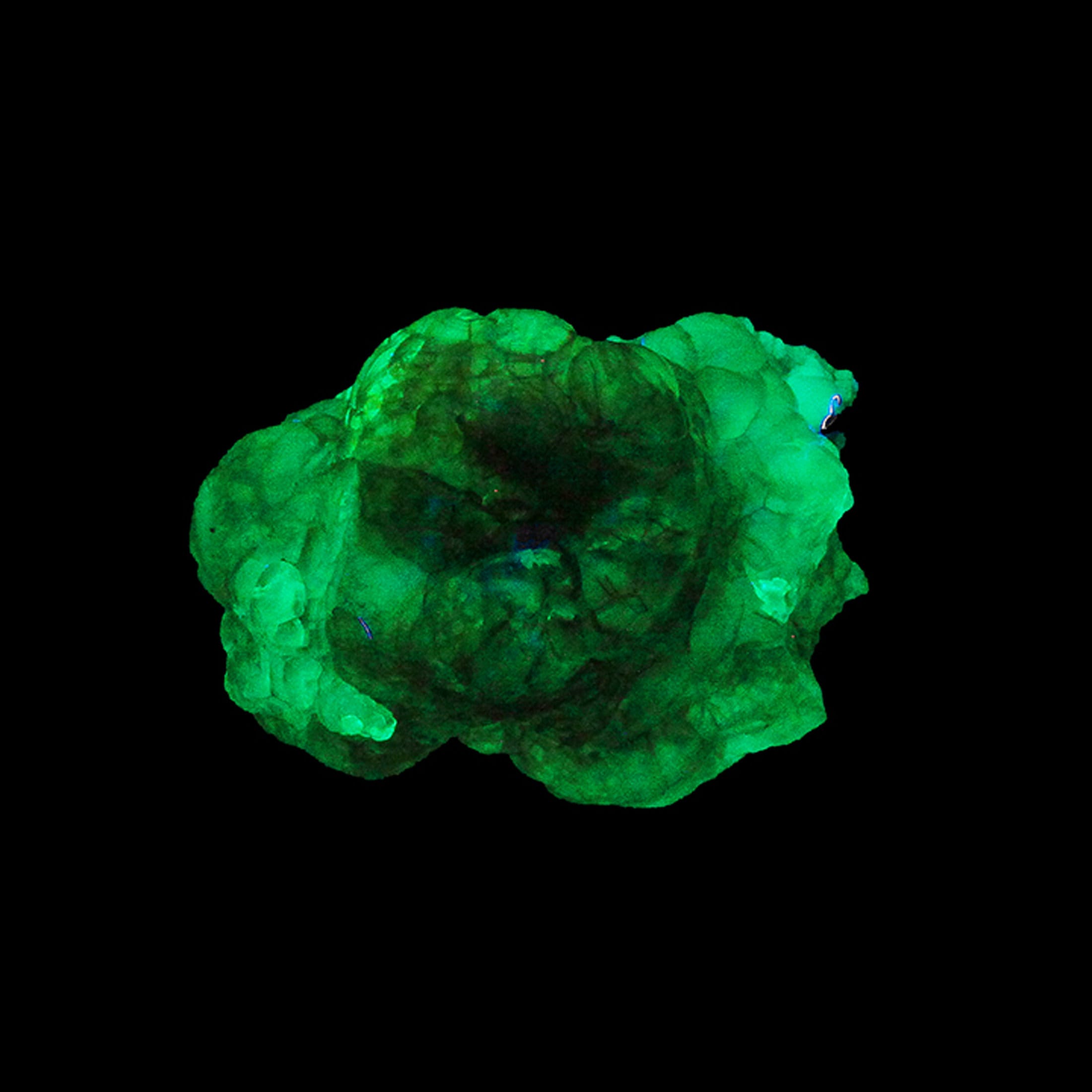 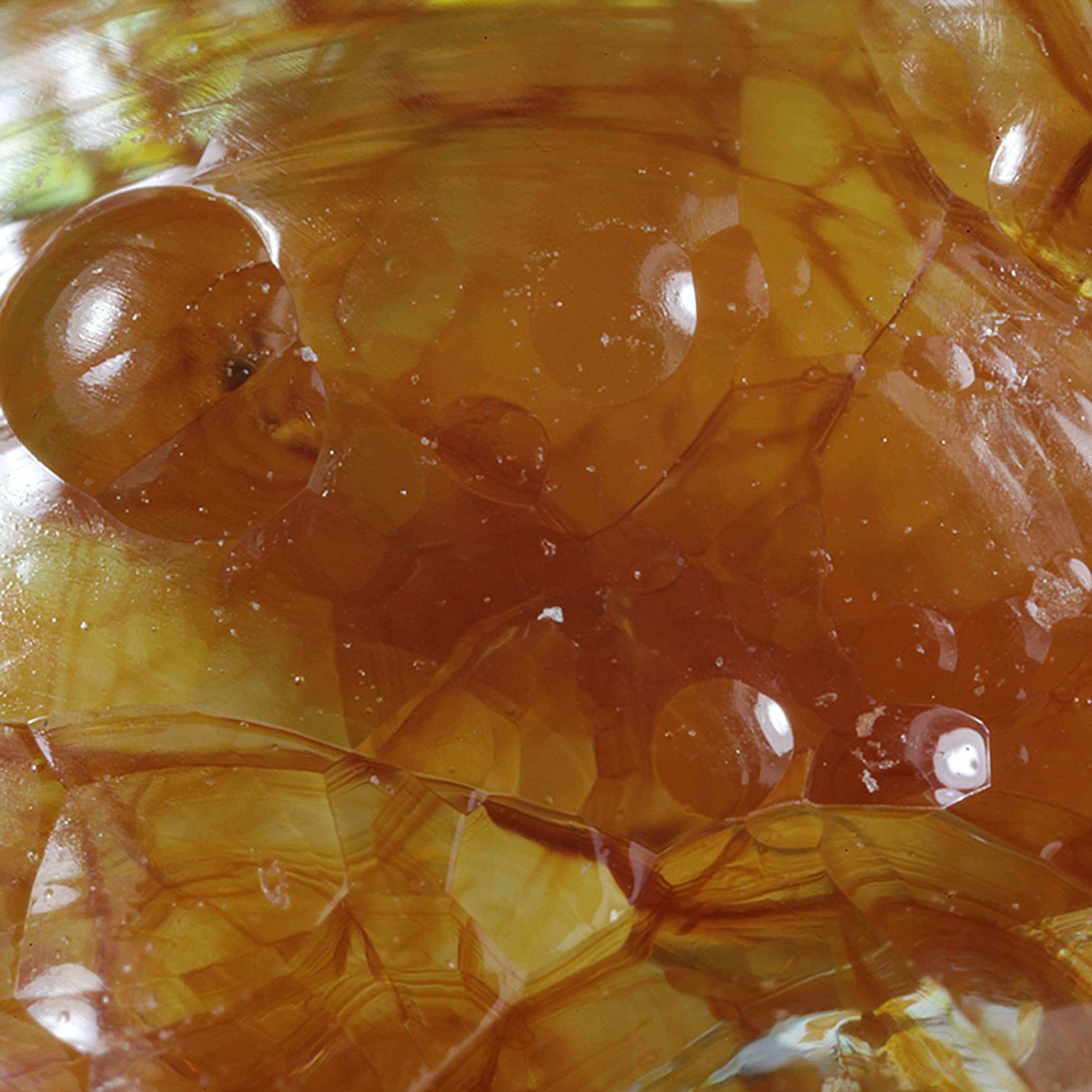 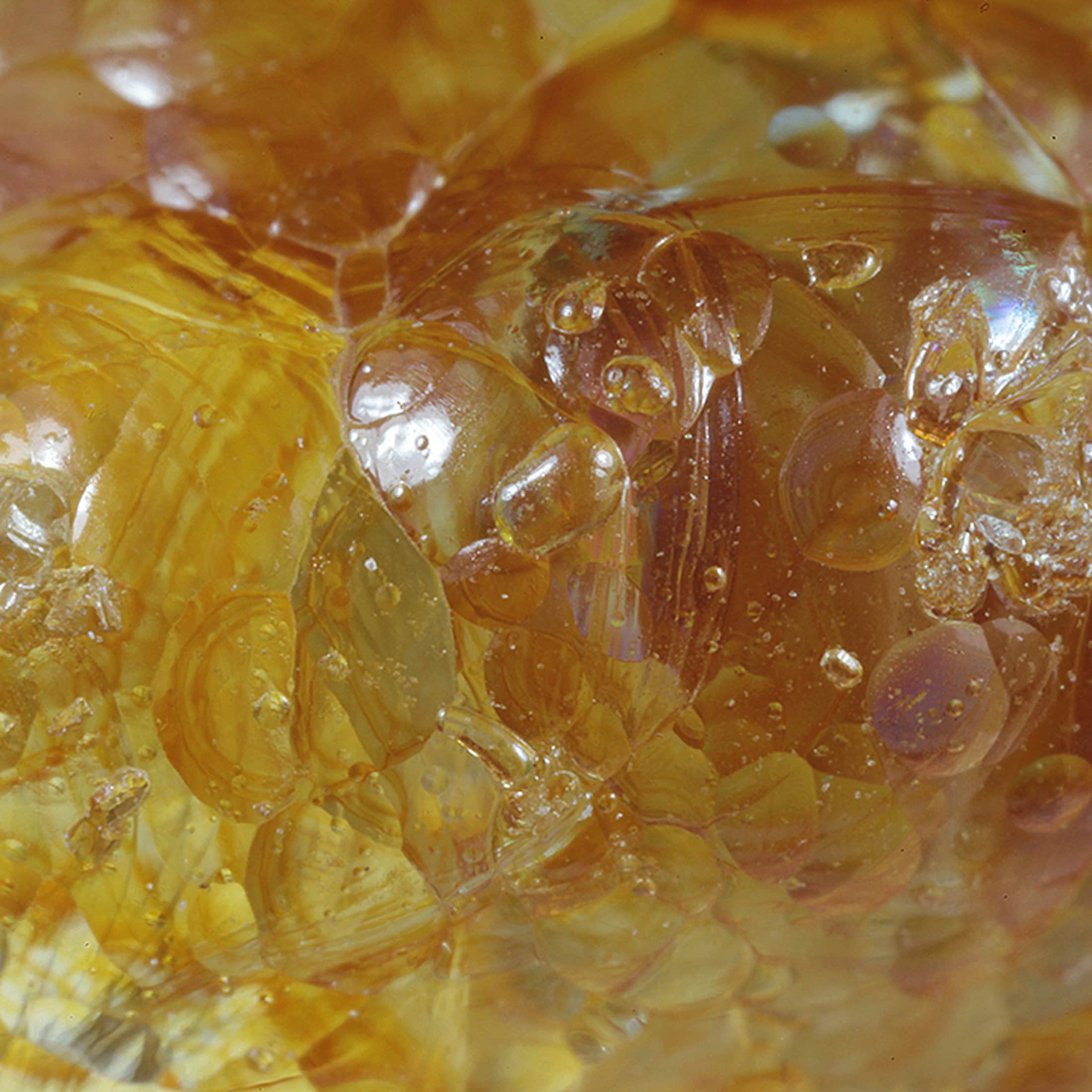 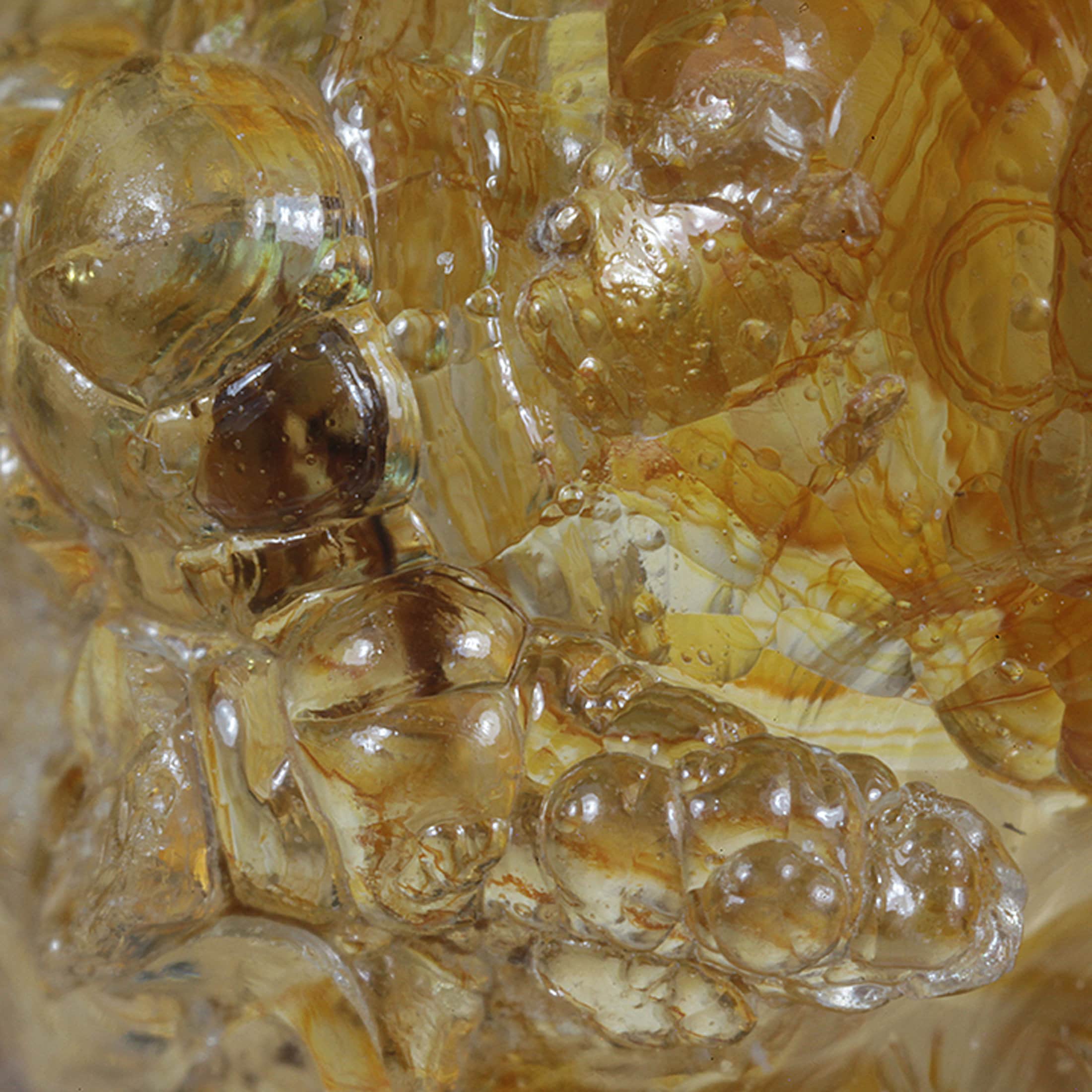 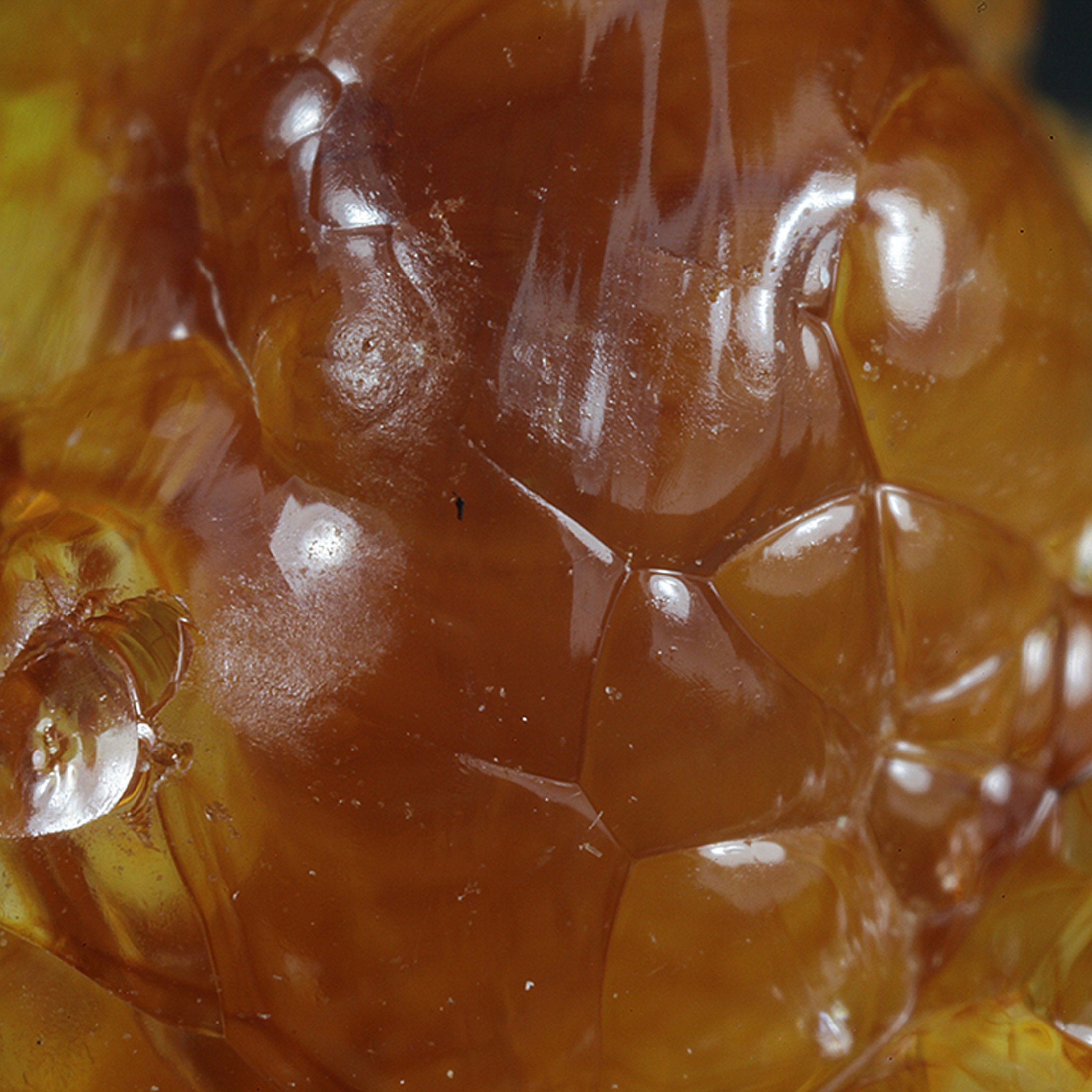 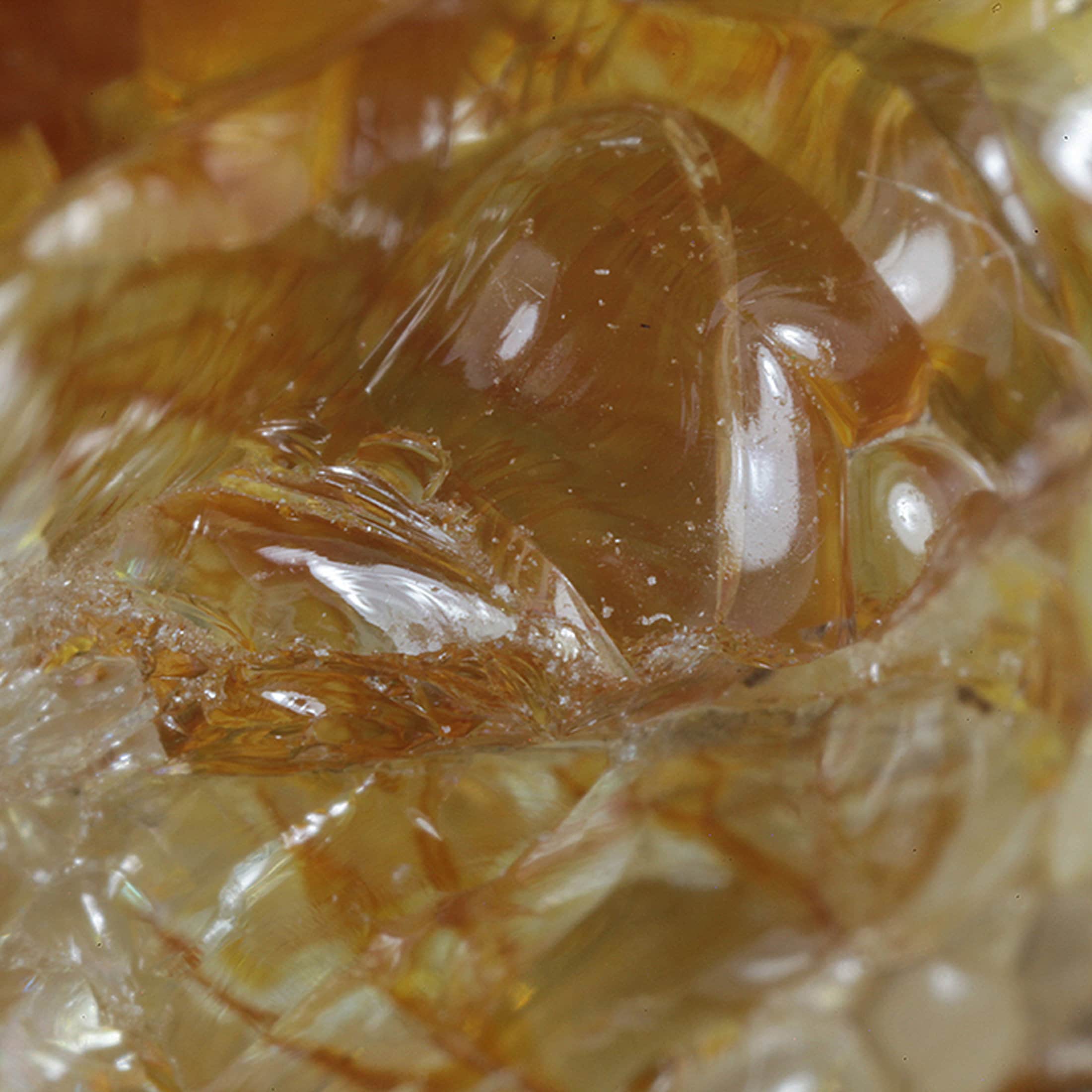 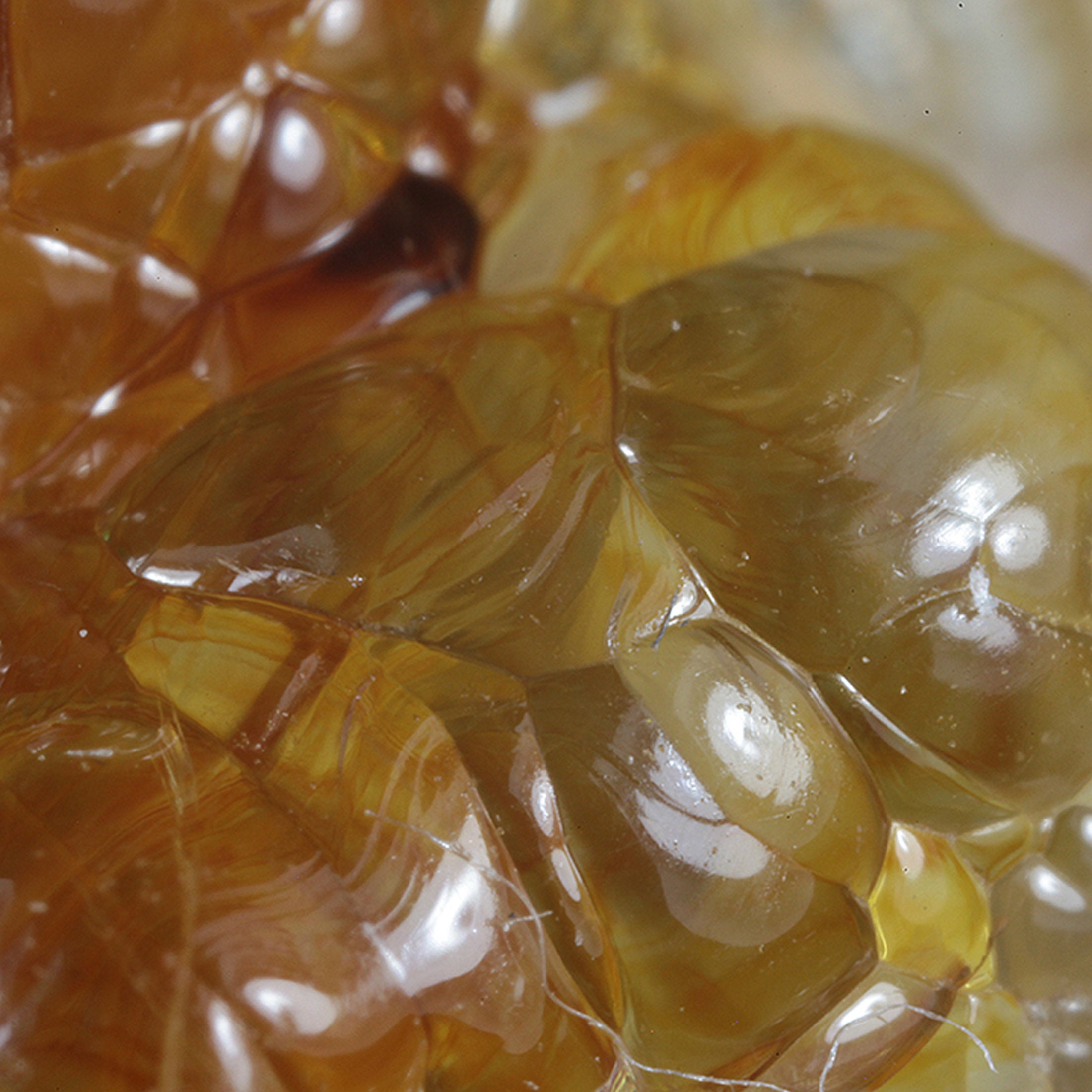 A beautiful stacked / curled group of glassy tightly intergrown “beads” of gemmy brilliant orange color “Blood Vessel Opal” from this newly discovered locality. A wonderful thumbnail with excellent form and color. The strong orange hue is caused by inclusions of iron oxide, which have left small lines near the surface, creating the “capillaries” or “blood vessels” from which this material gets its nickname.