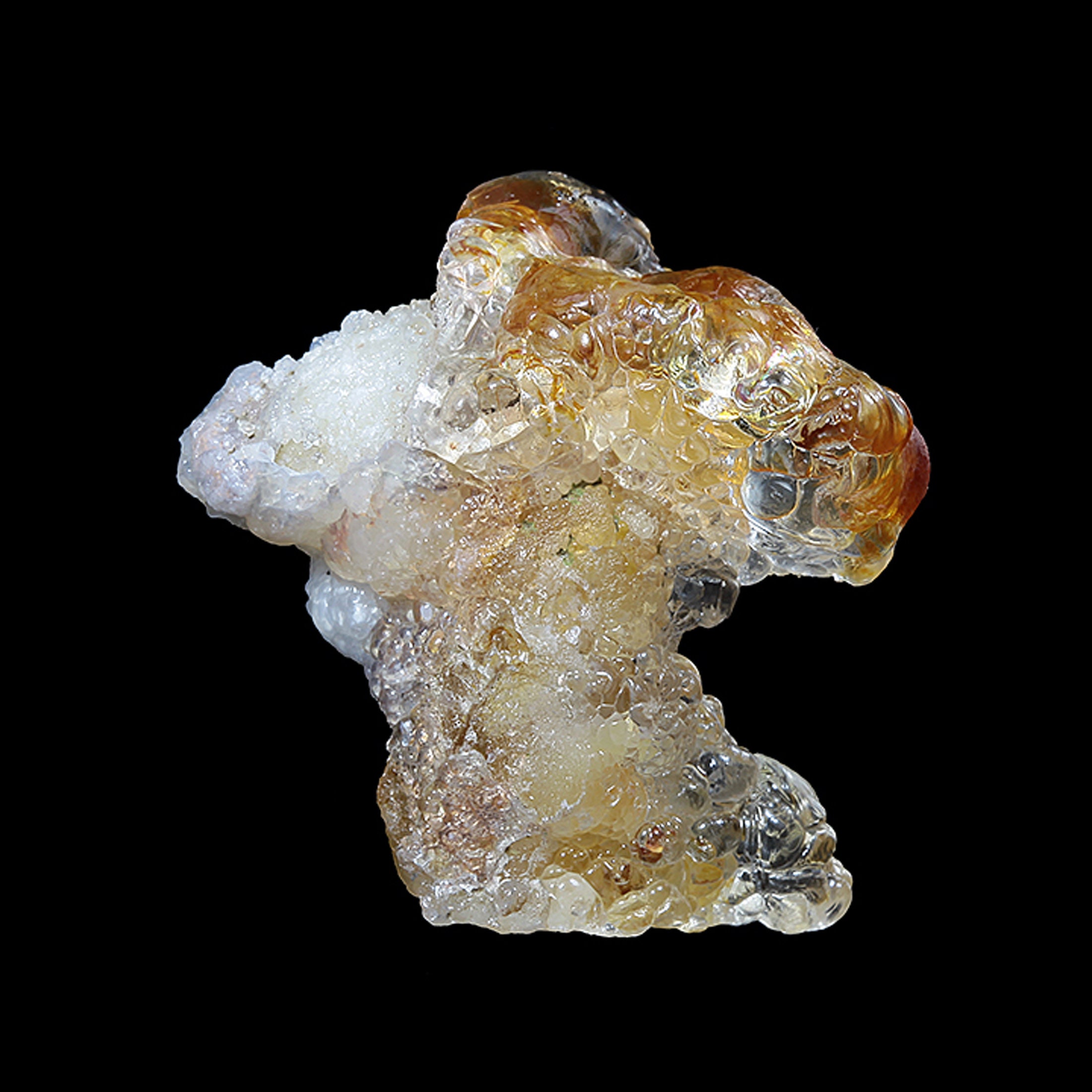 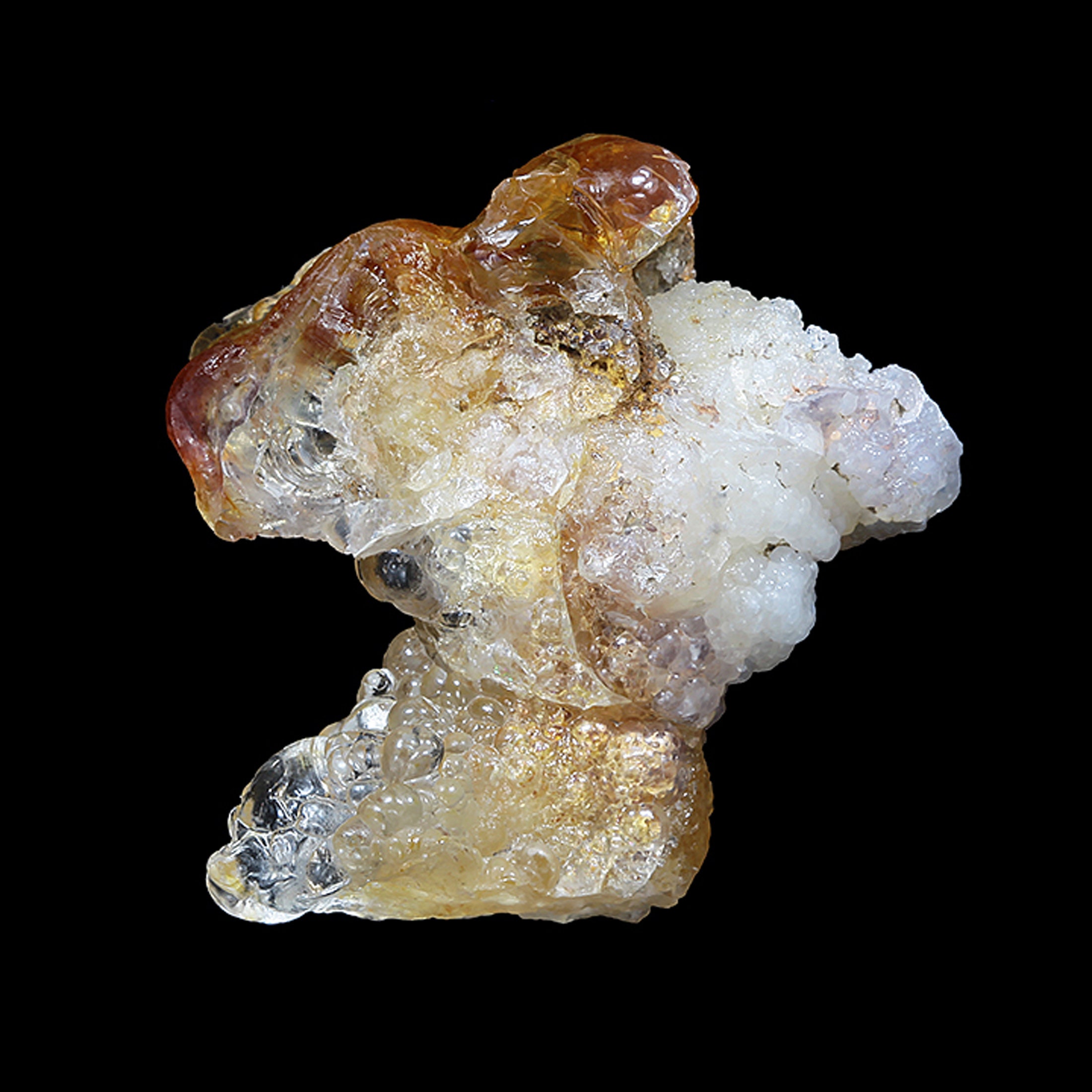 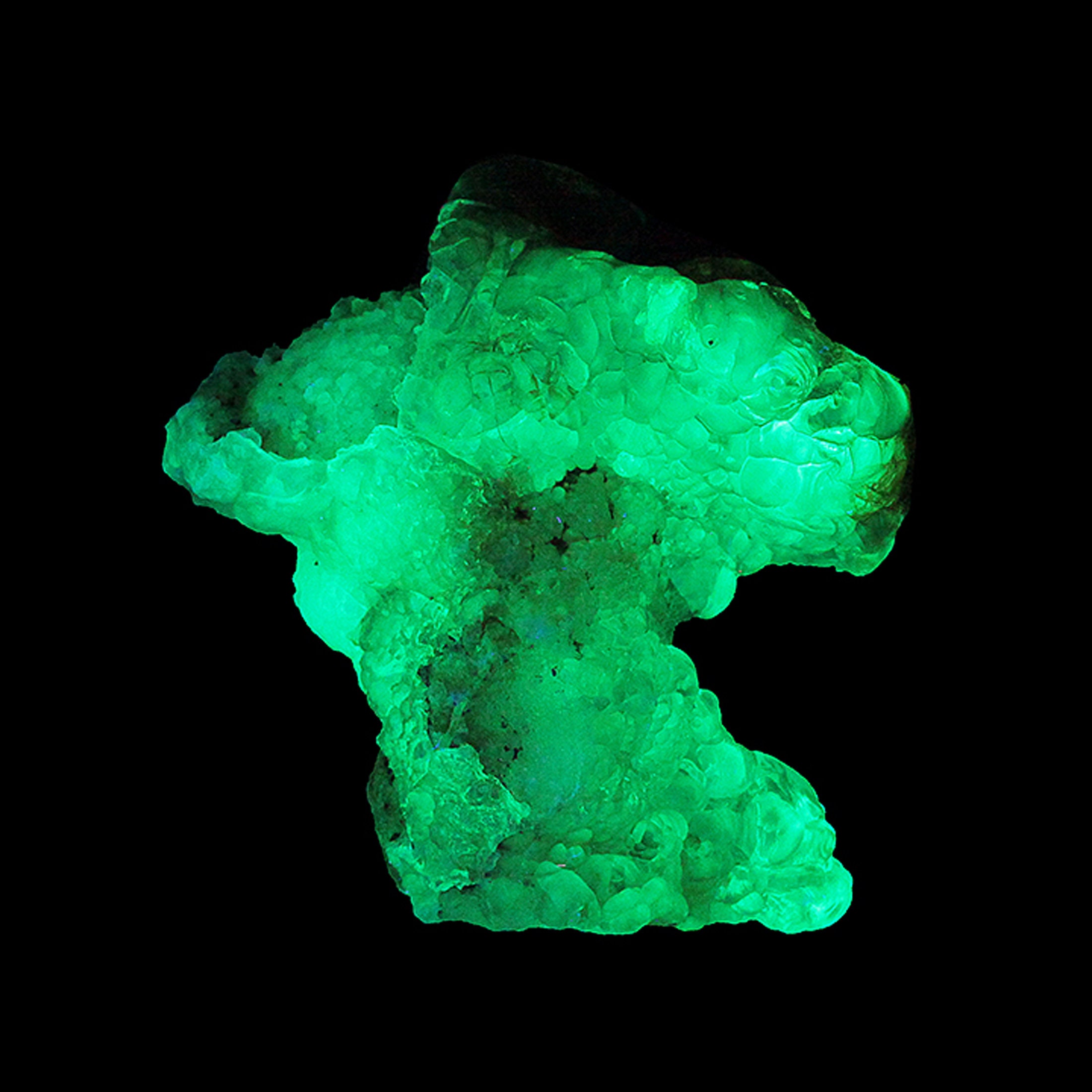 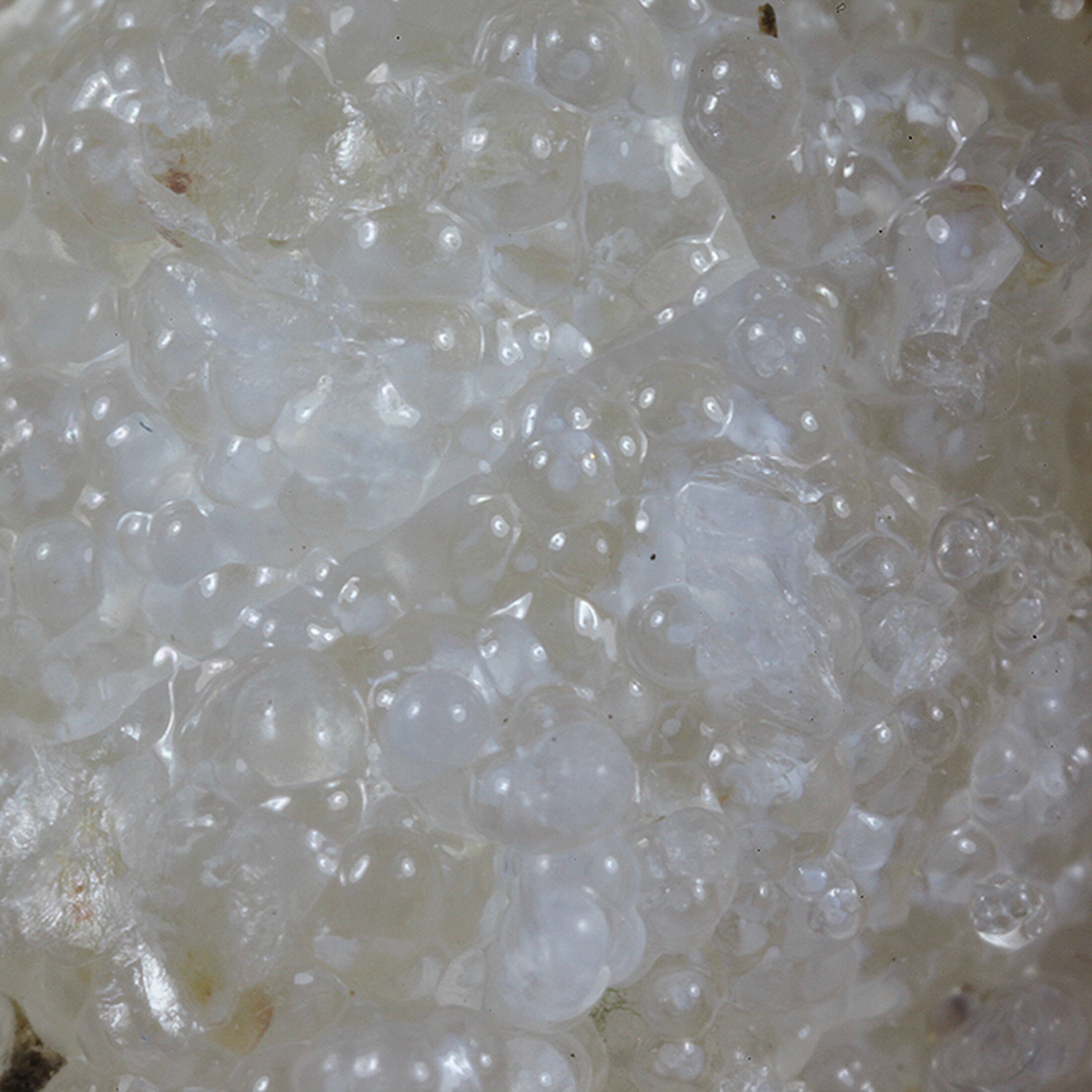 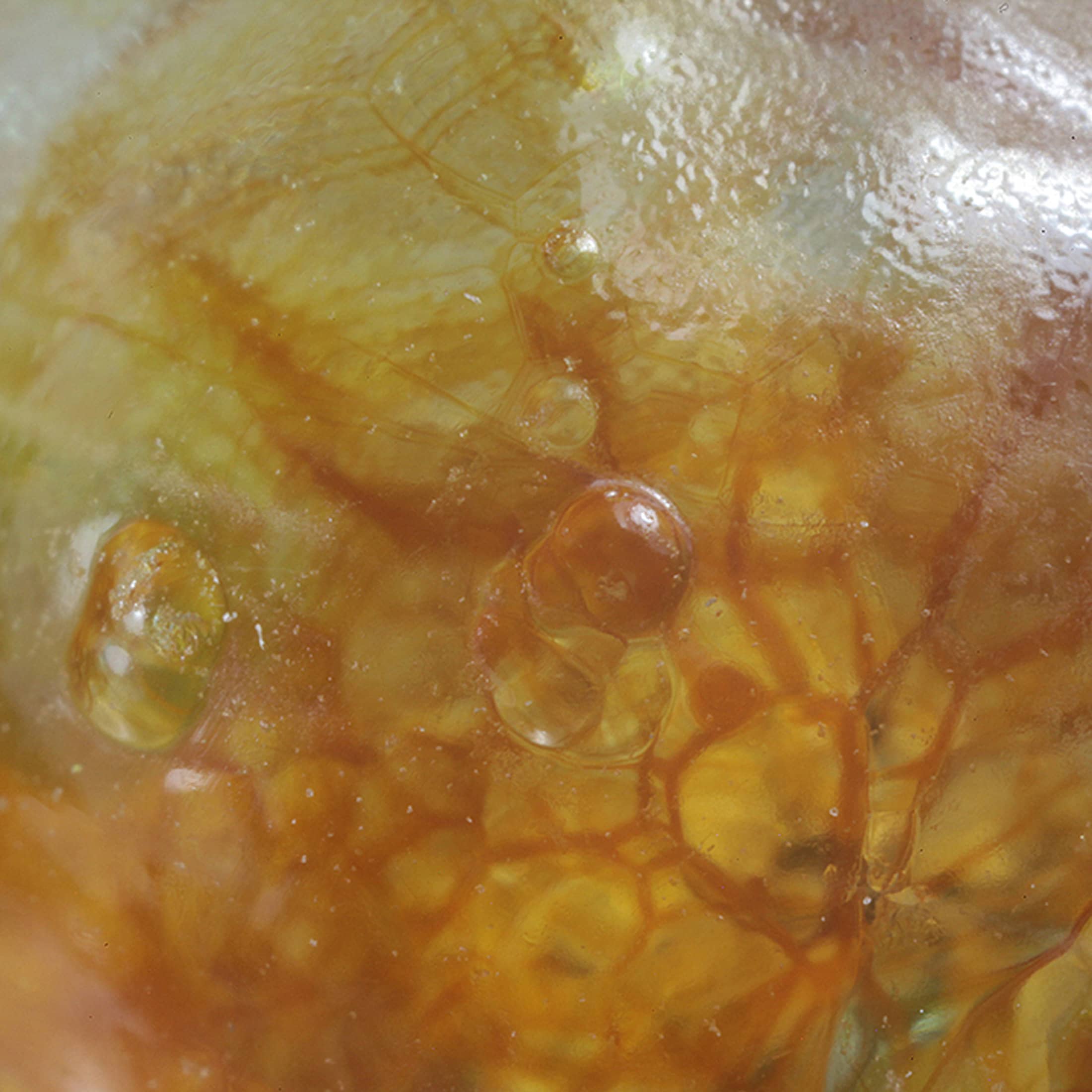 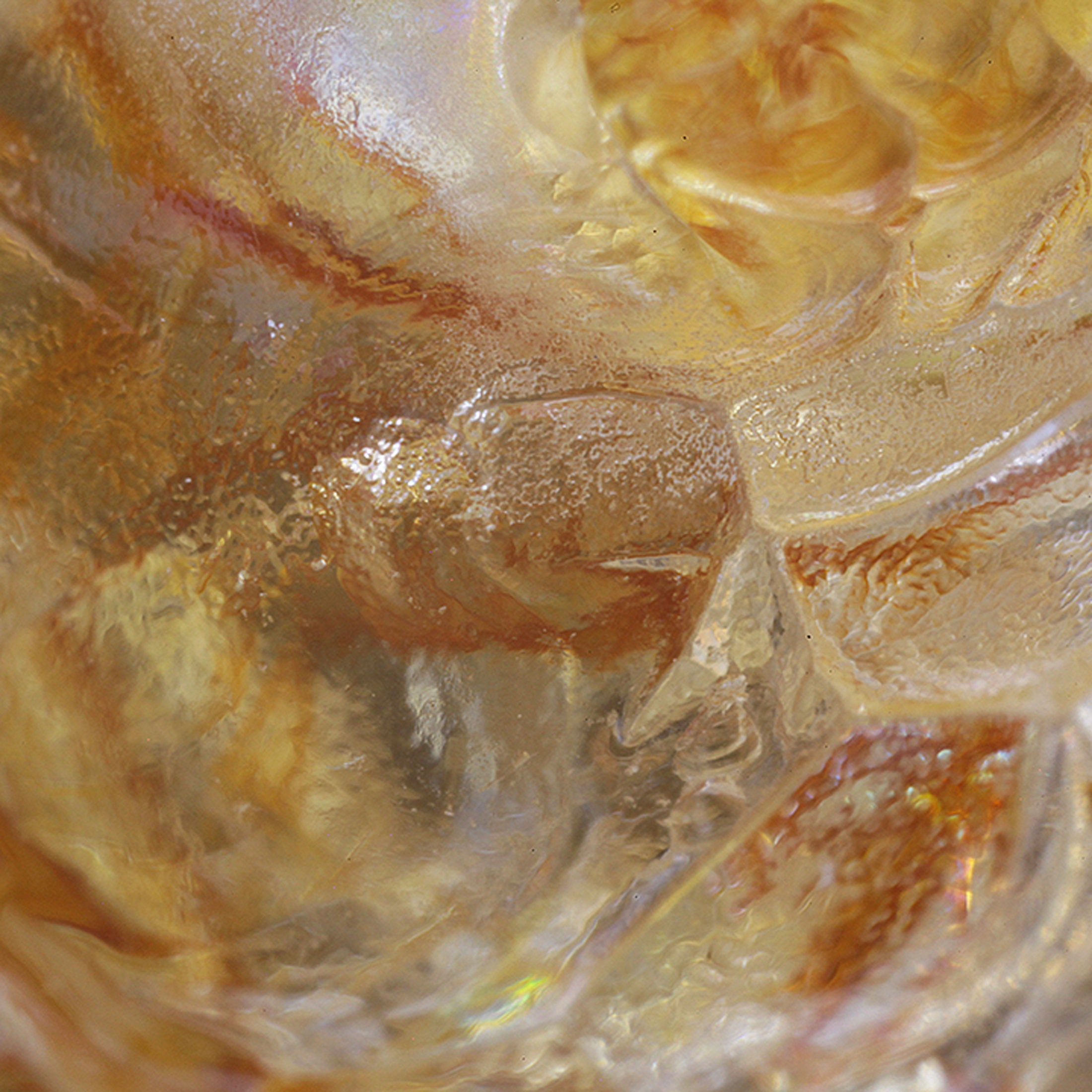 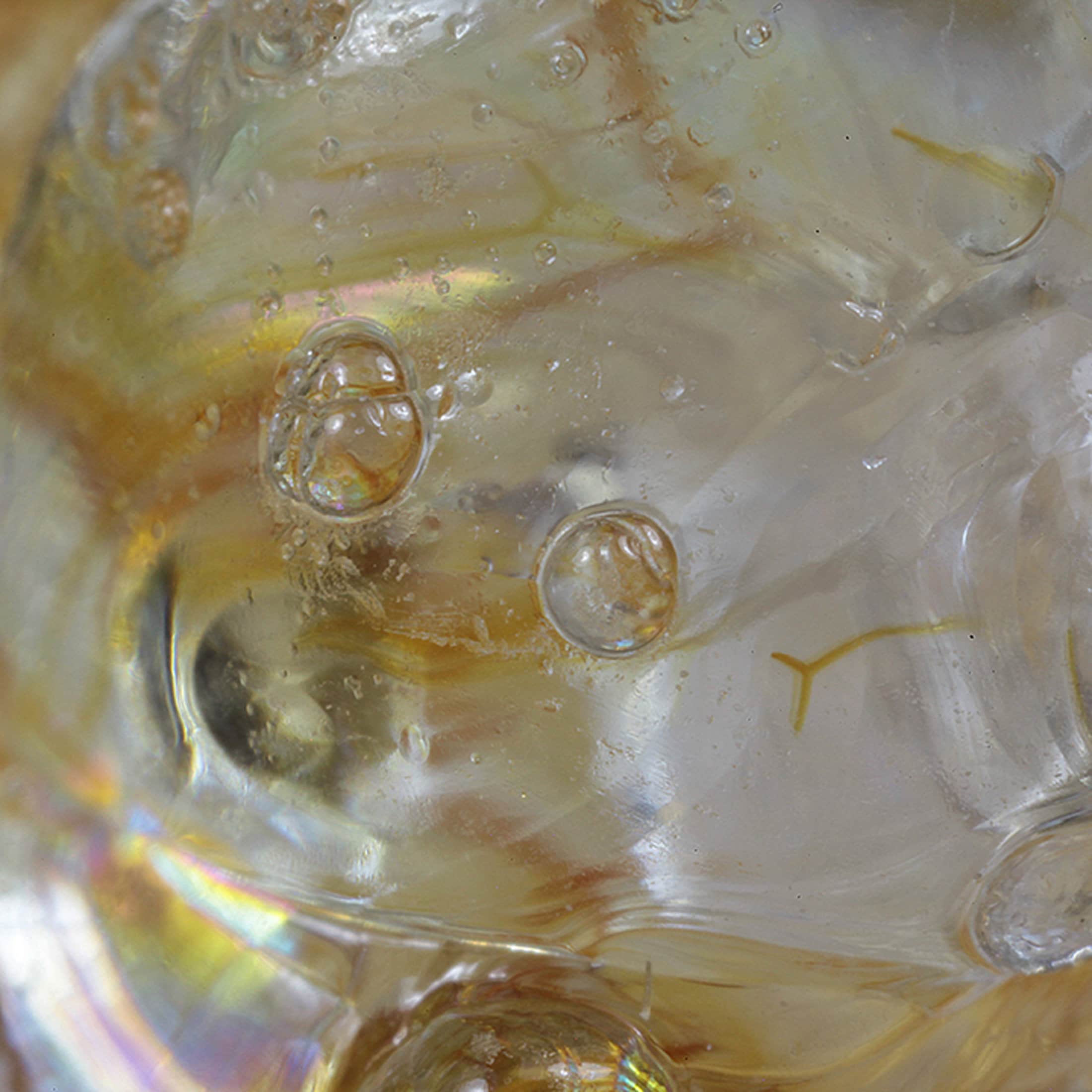 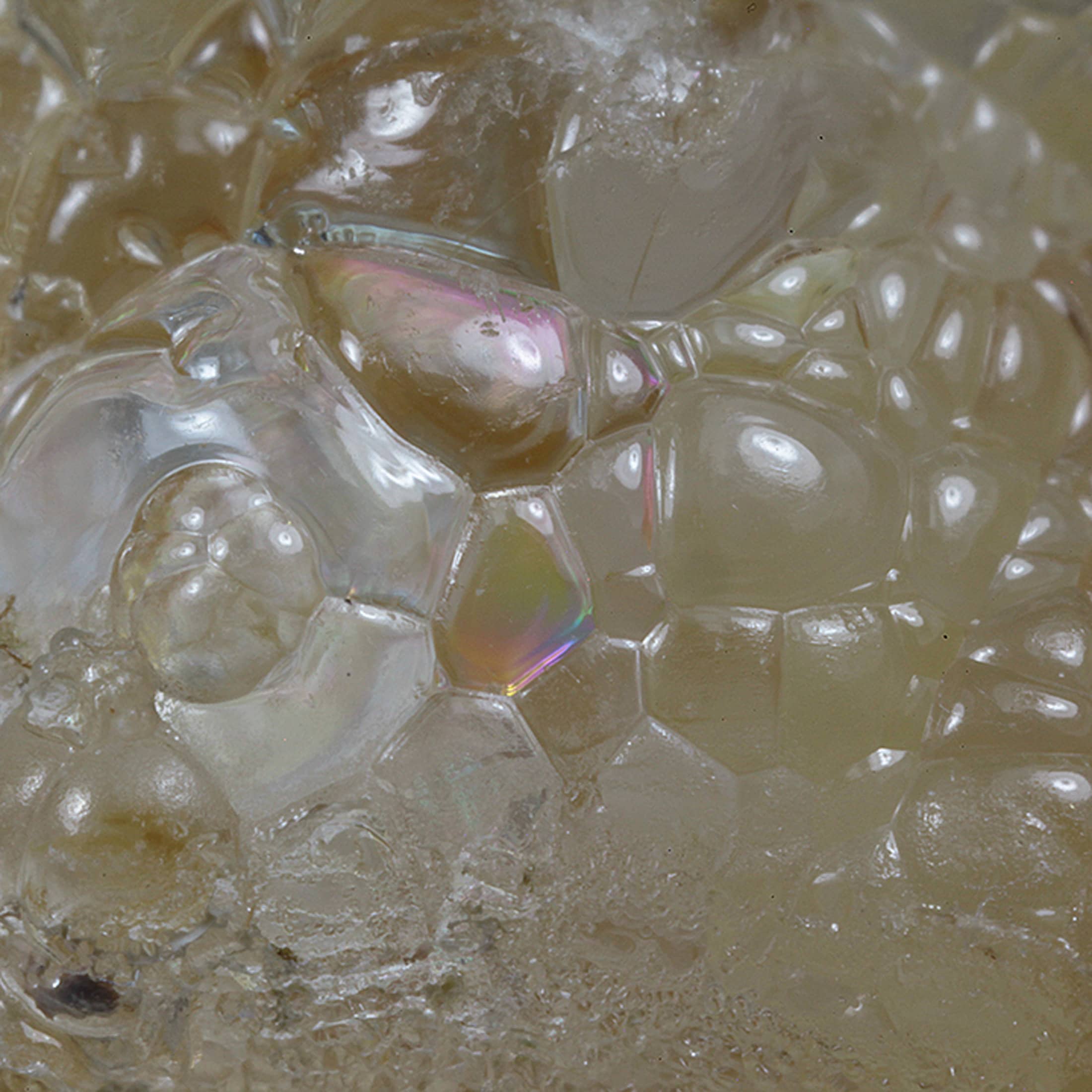 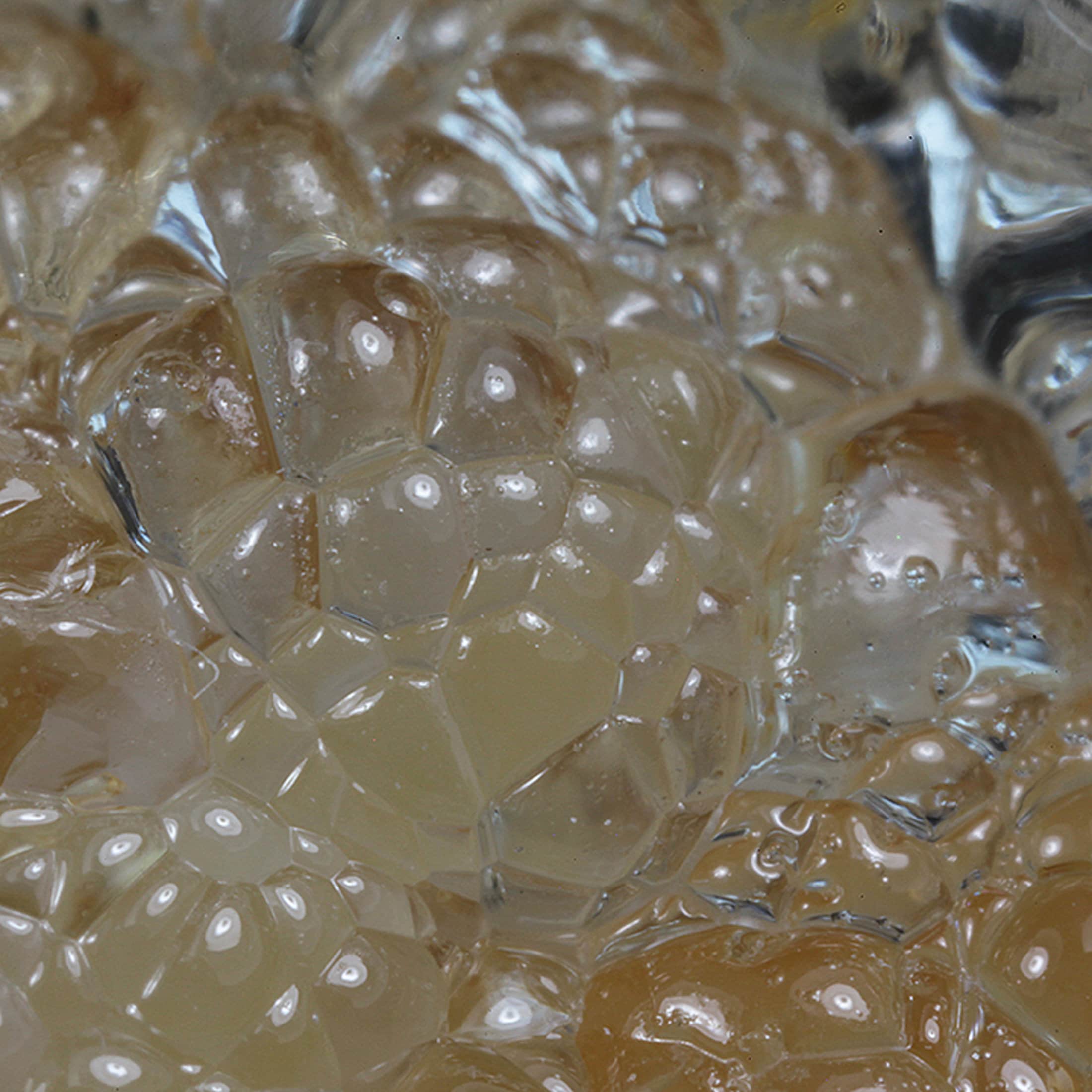 Wow, I was impressed when I saw this piece as the sheer aesthetics are almost unheard of for the material. Typically it’s impossible for these Hyalites to form in such a pleasing three-dimensional shape, but this piece breaks the mold. Not only is it incredibly showy, but it has a wide range of colors starting with a fiery orange-red hue on one end which grades across the specimen into nearly colorless / pale golden color and is actually opaque WHITE at the base. The gemmier portions of the piece have great luster and that classic “glass-bead” like appearance that is well known in Hyalite. For an added touch, there’s even a contrast of textures on the piece, where some of the globules are smooth and glassy, while other have a coarse surface. Lastly, the richer colored areas are a textbook example of the “Blood Vessel Opal” from this locality where the iron oxide inclusions have formed thin lines near the surface to give it an almost organic appearance. Very good quality and highly displayable. Only a little damage mostly on the back / sides of the piece.