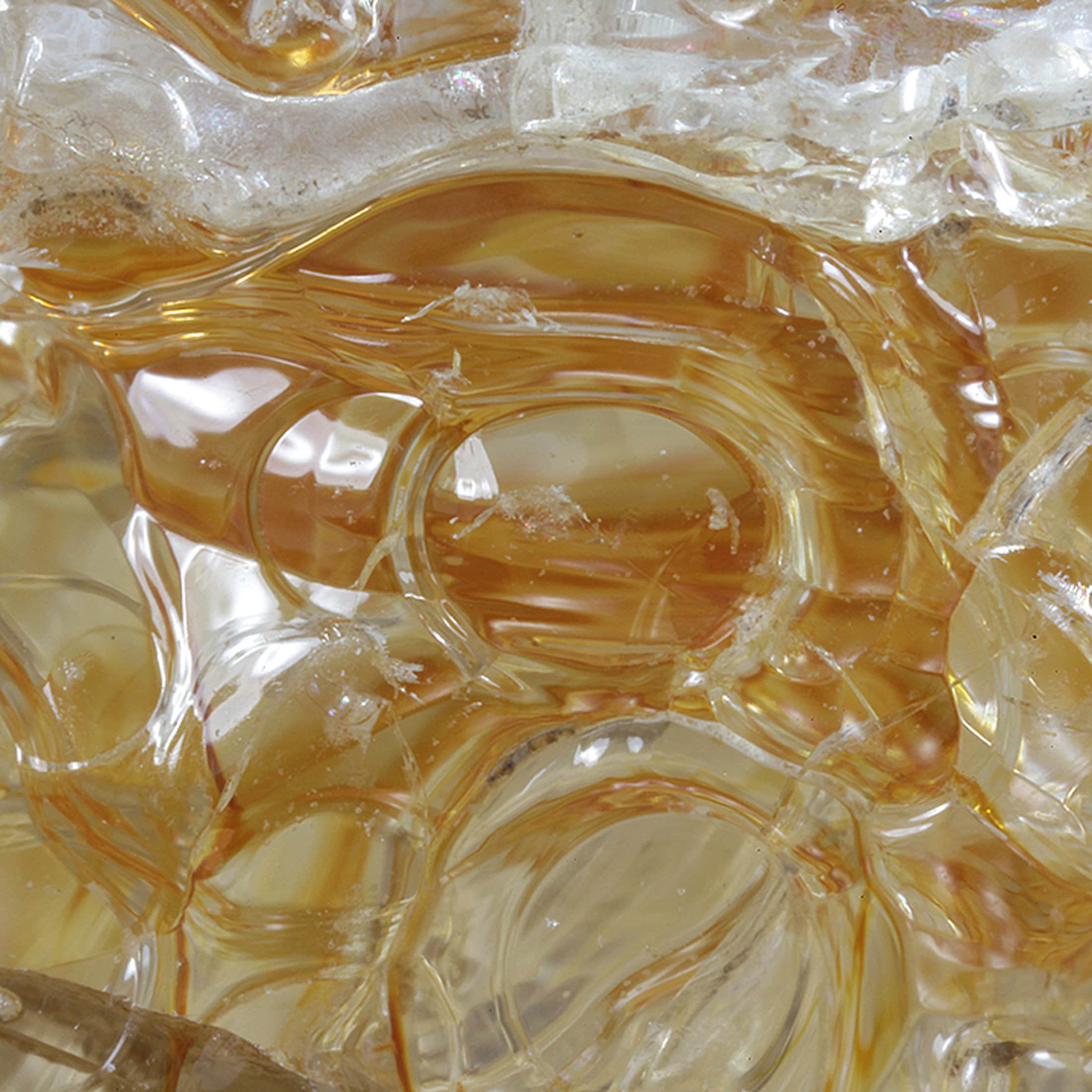 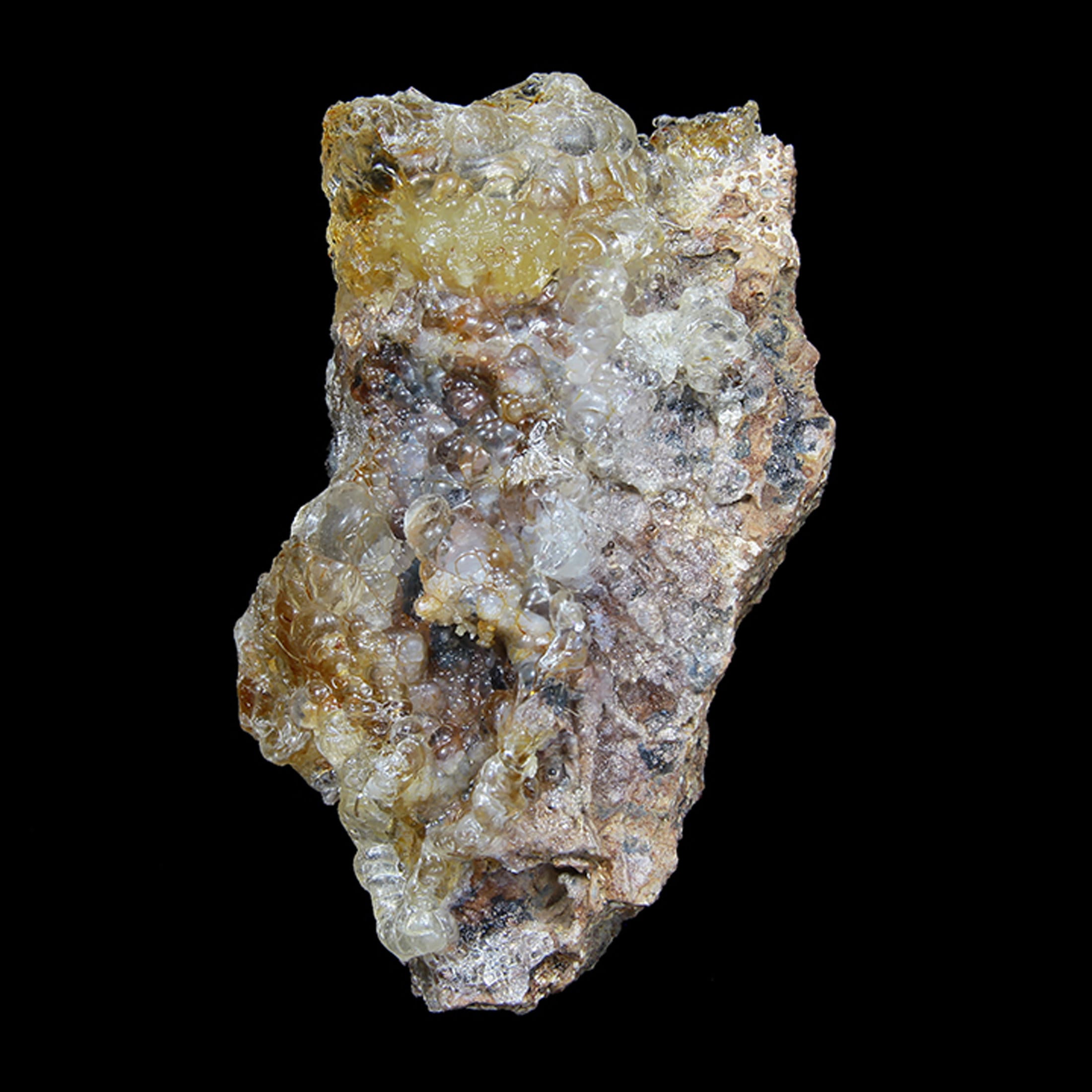 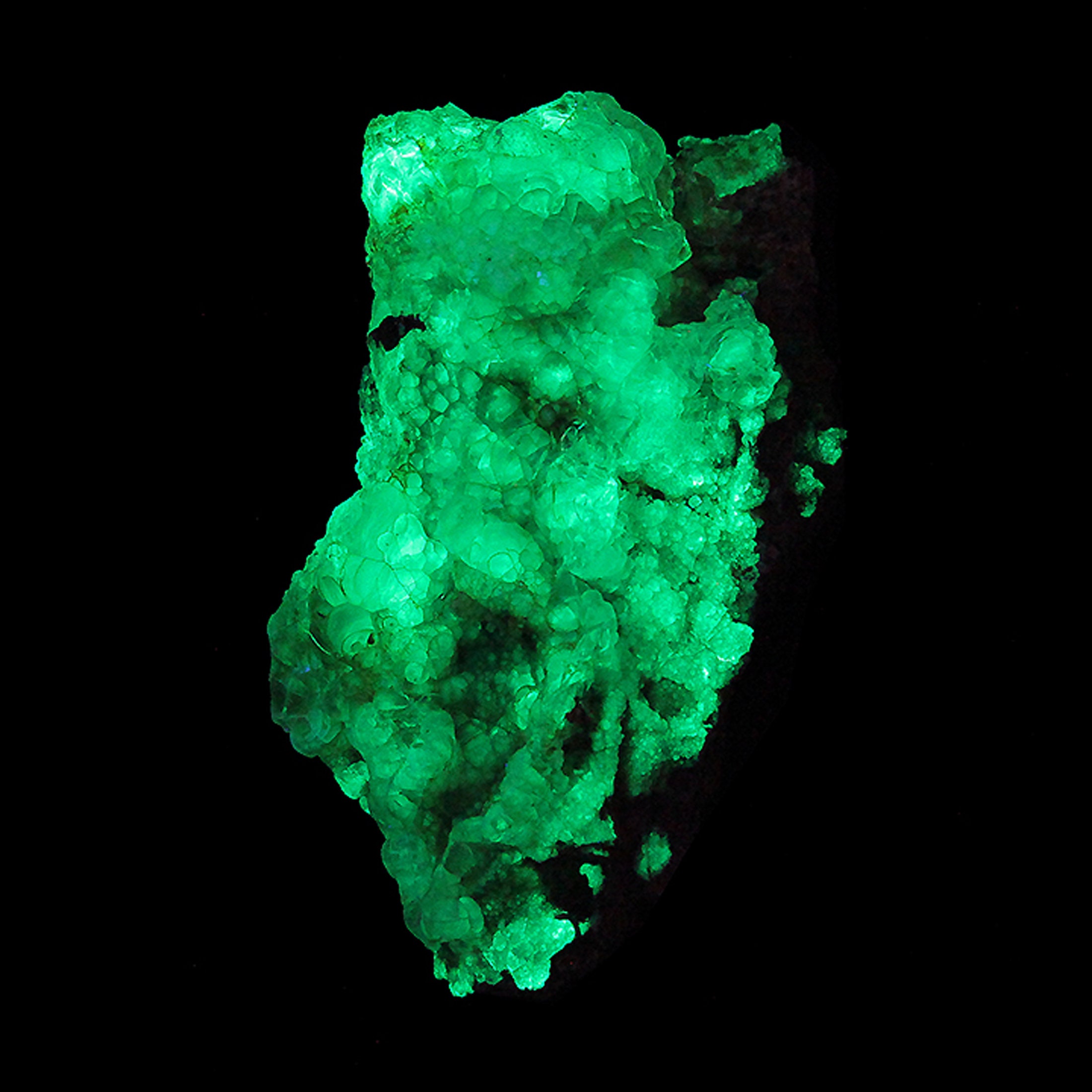 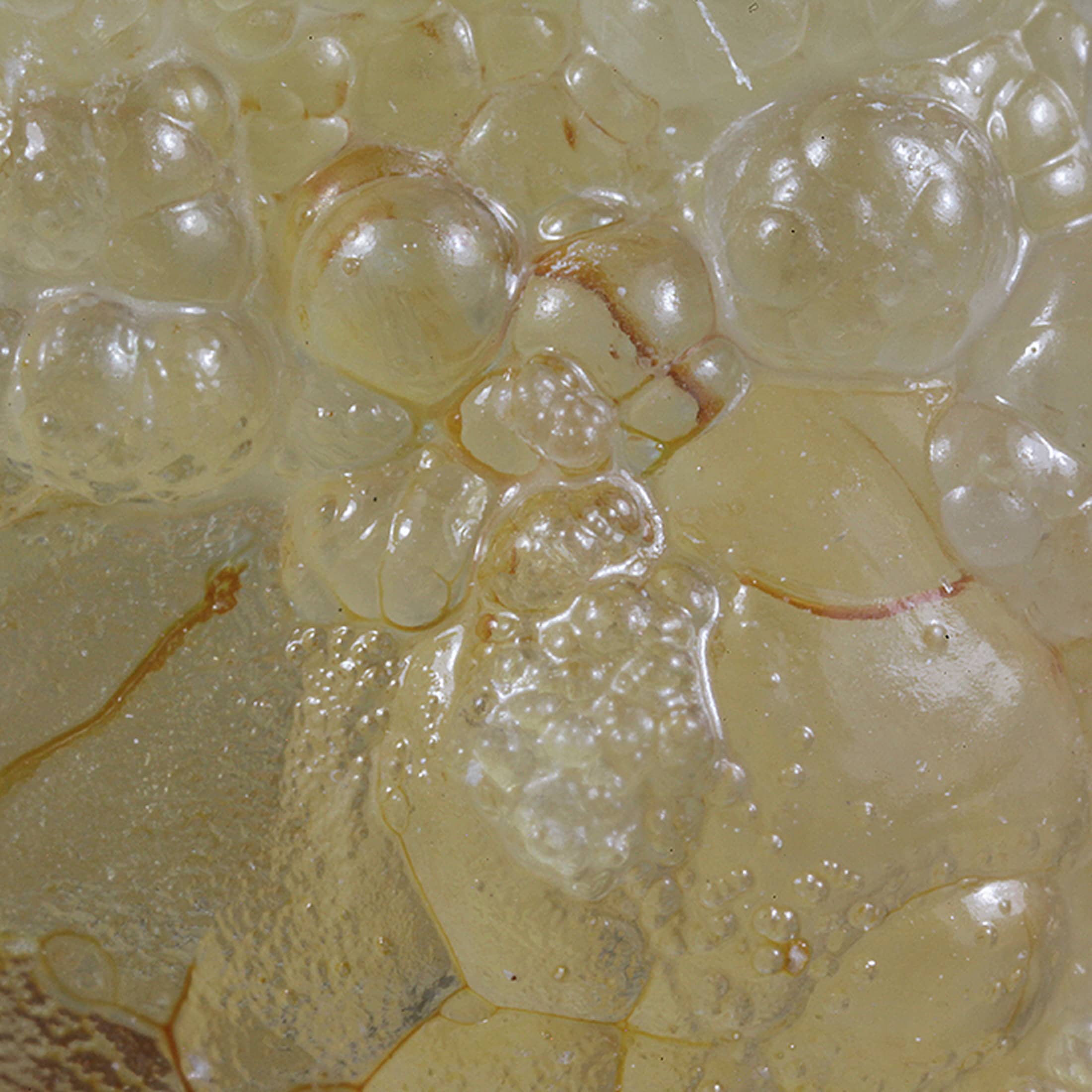 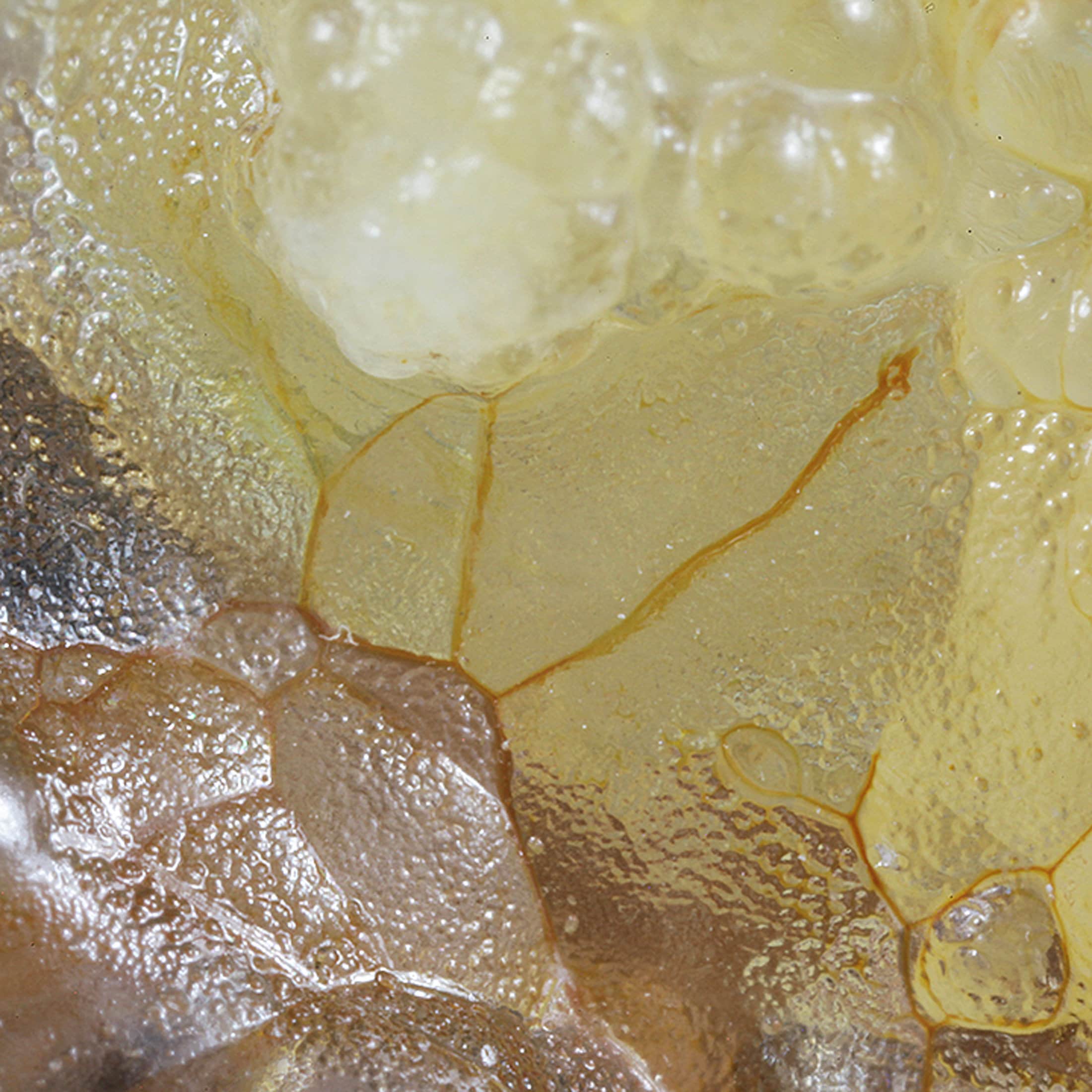 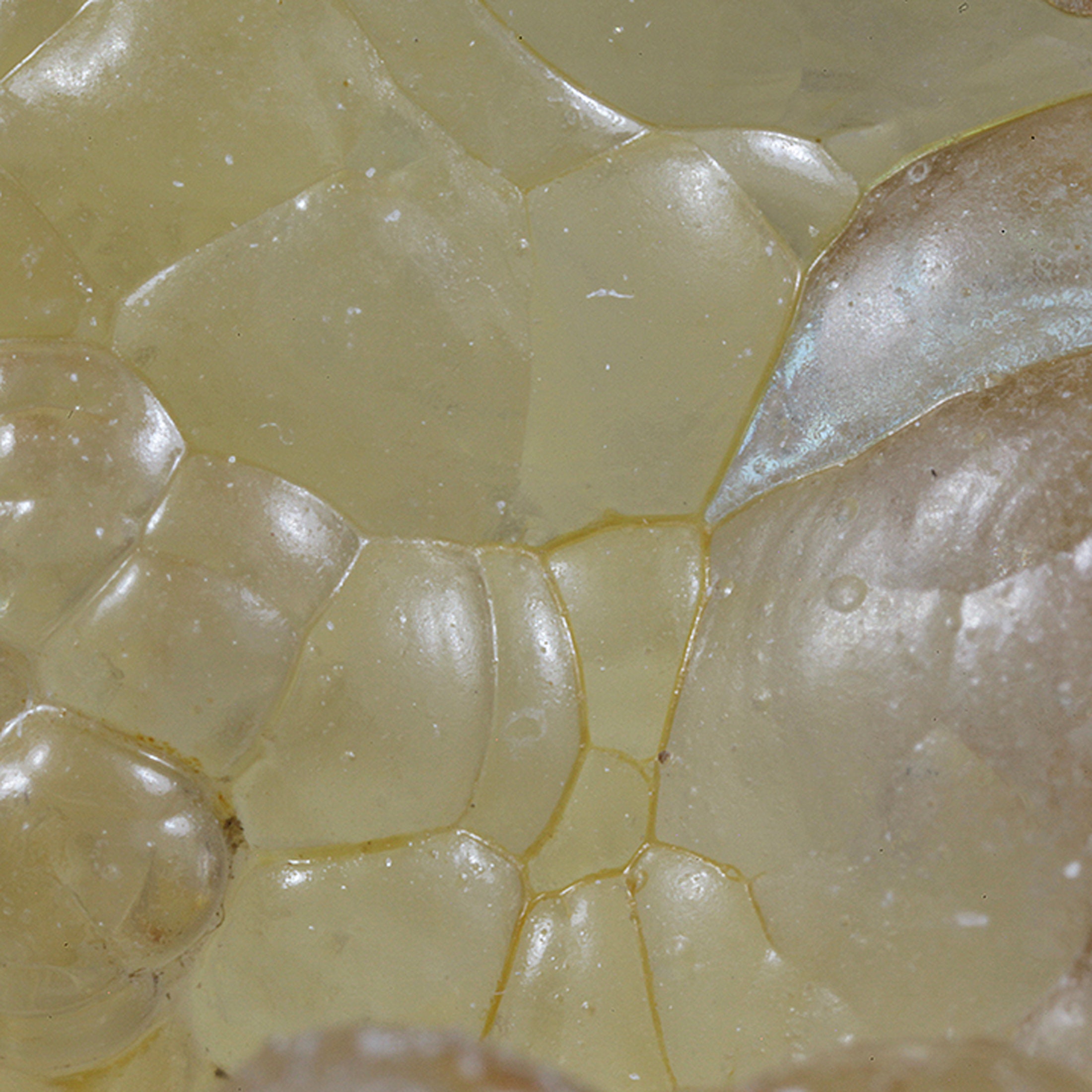 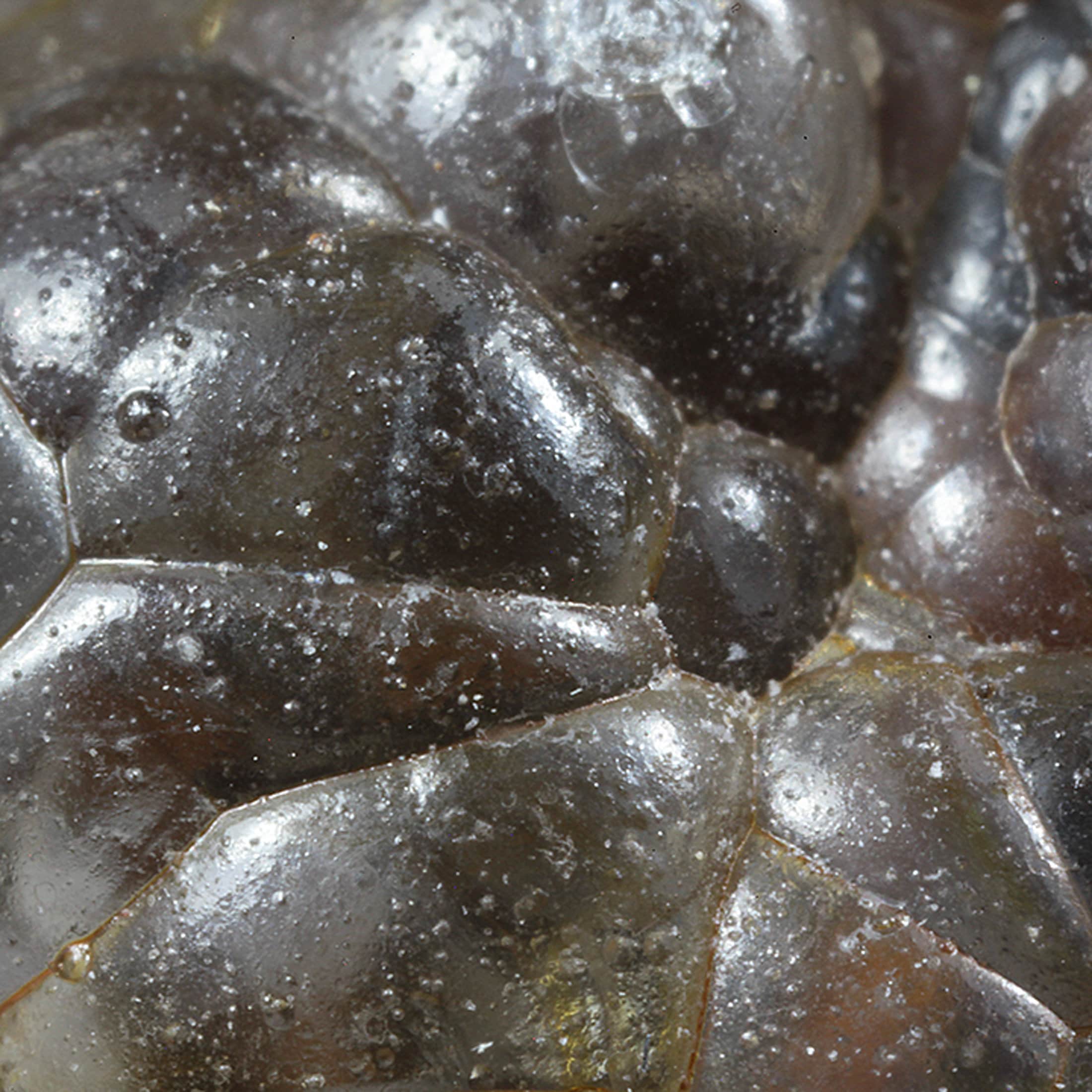 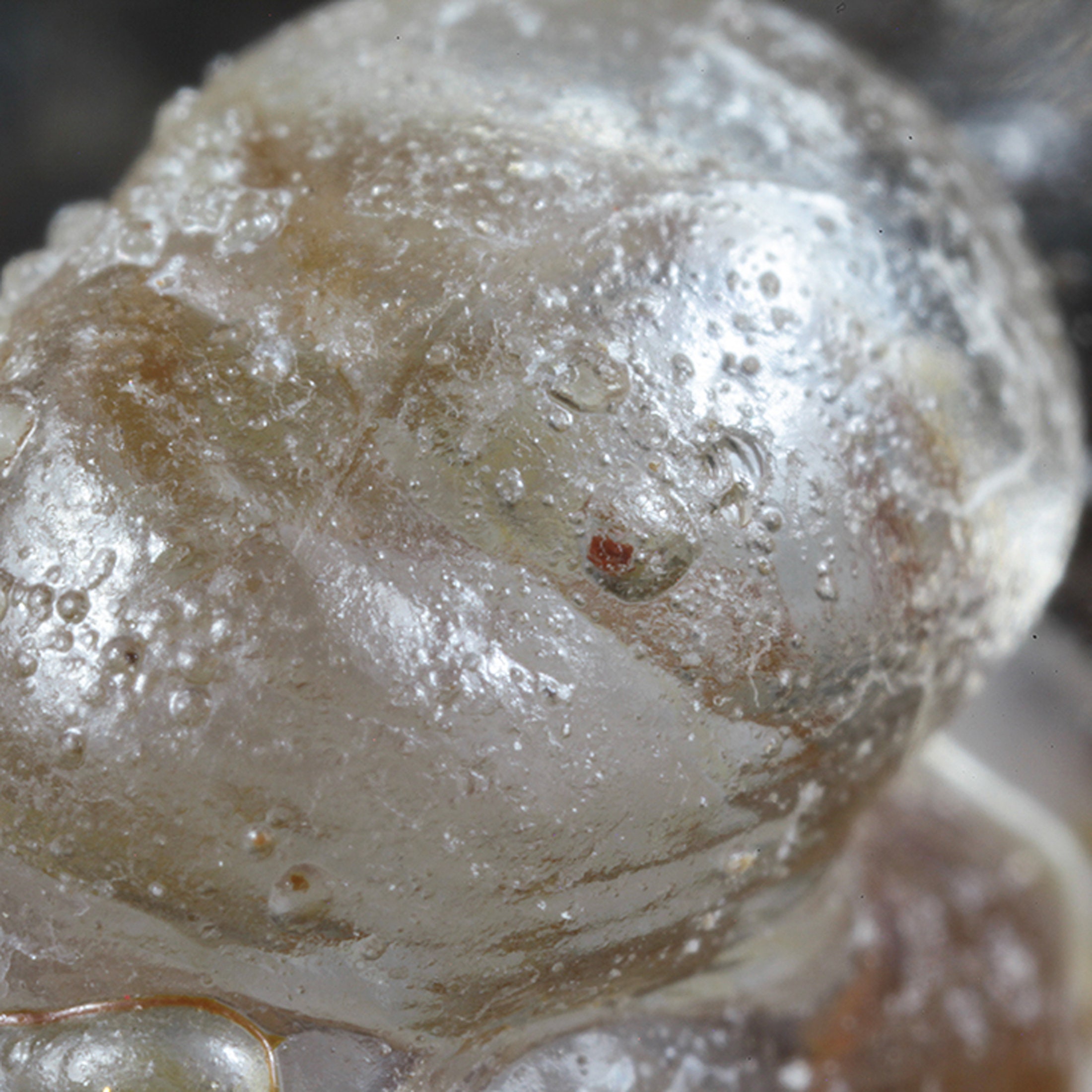 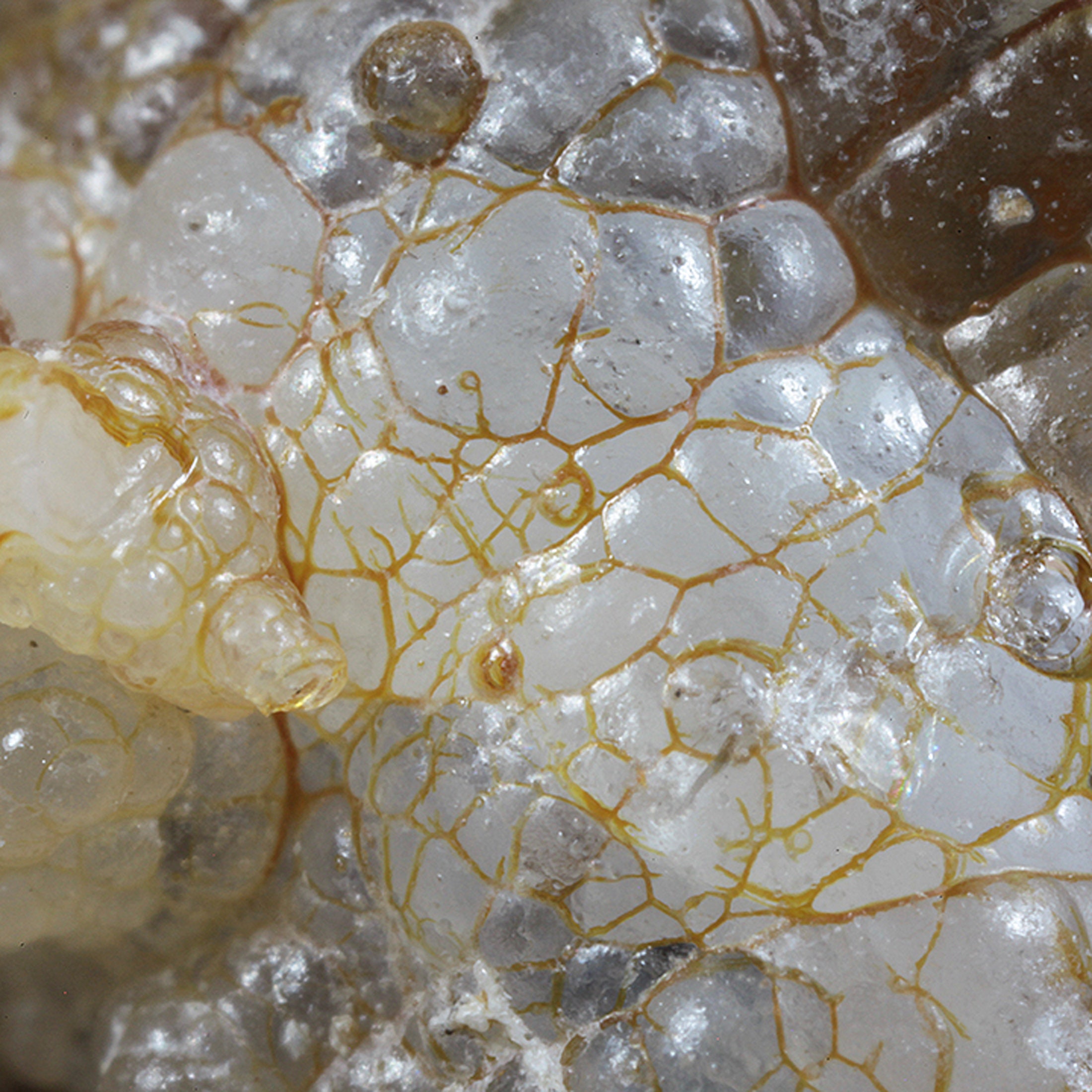 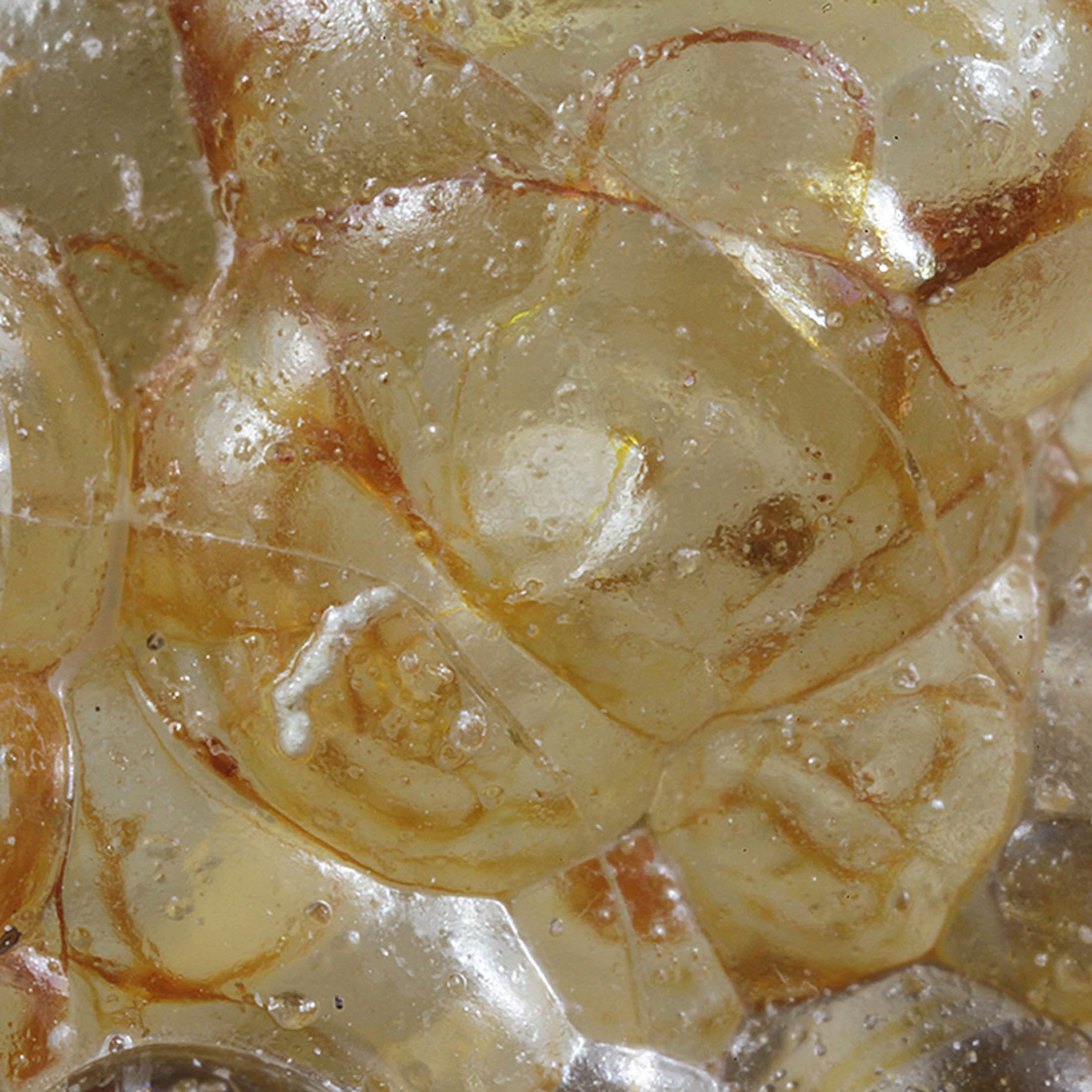 A rarely seen matrix specimen of Hyalite from San Luis Potosi, Mexico featuring bead-like gemmy, colorless spheres which are included with a small amount of orange iron oxide to give it the “blood vessel”-like inclusions, hence the nickname “Blood Vessel Opal”. Interestingly enough, the piece has a dual texture effect where some of the globules are perfectly smooth, while others have an “alligator skin” appearance on the surface. One can spend a great deal of time looking at this piece with a loupe! The top portion of the piece is contacted, but this is nearly a cabinet sized piece of this material. The specimen has a three-dimensional flowing appearance as the Opal formed little ridges here and there, giving it a lot of character. Very attractive and just plan different from most of the specimens in this update.