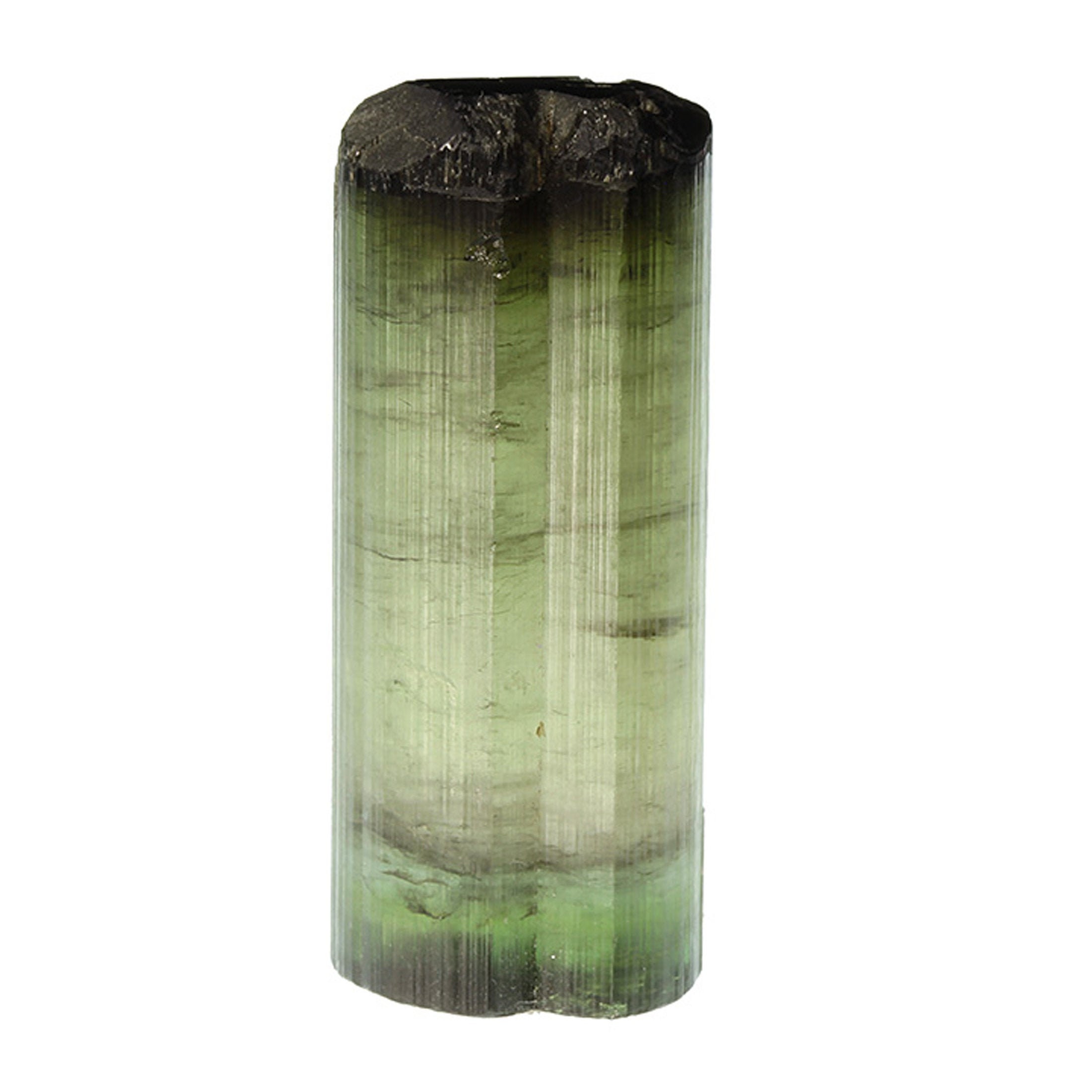 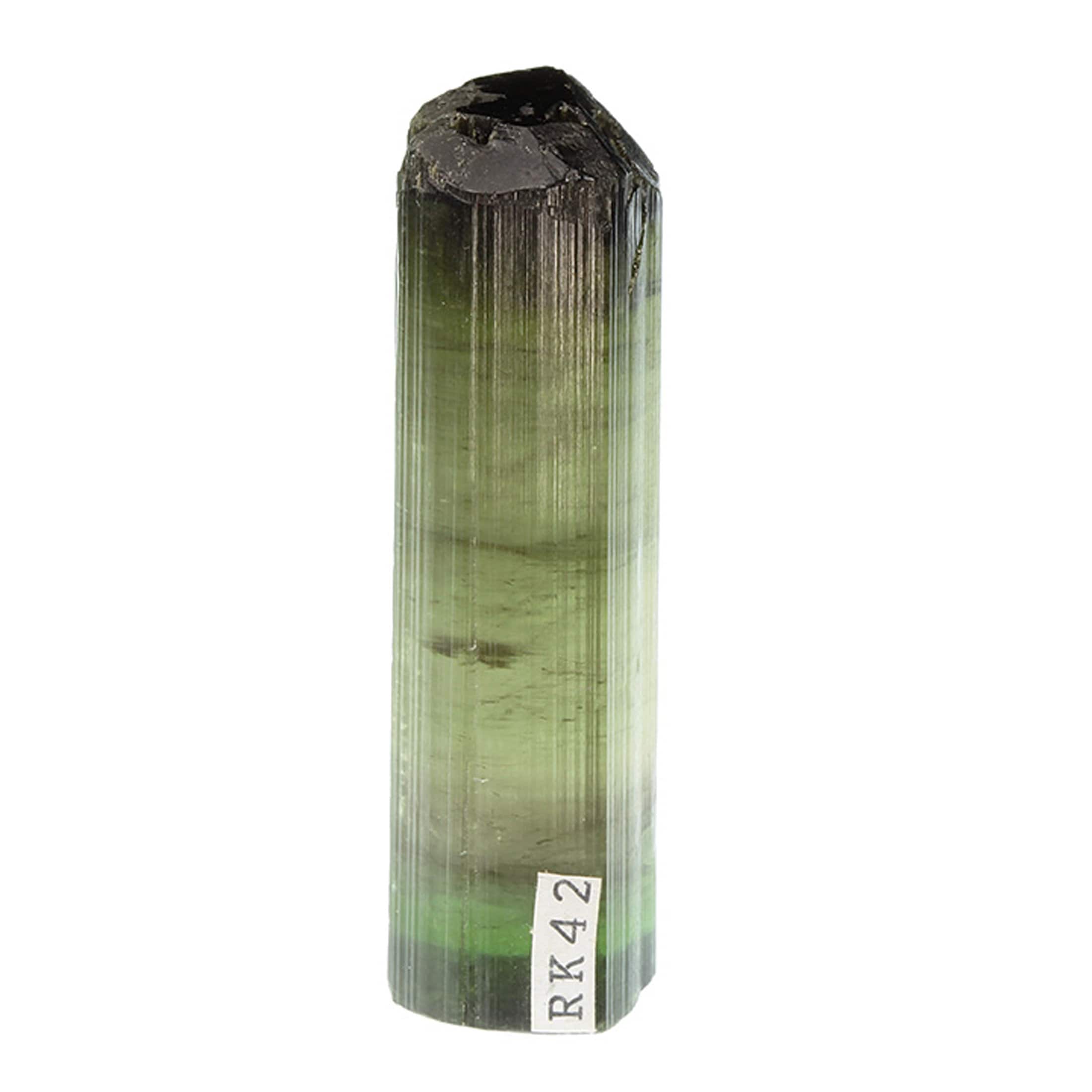 A rarely seen example of the classic “black head” Tourmalines from the famous Himalaya Mine in San Diego County. The piece is from the collection of my brother, Brett Kosnar, who received it as a gift from my father in 1985. As a matter of fact, a small piece of paper with my father’s collection number (RK42) can be seen glued near one of the terminations. This piece may have been mined in the 1960s or 1970s, but I honestly haven’t seen many of them, and I don’t know specifically when they were found. This piece is a gorgeous multi-color doubly-terminated “floater” crystal with fairly good luster along the striated prism faces and both terminations. The basal termination has a fine chrome green hue, which gives way into a thin pale blue-green zone, and then another thin zone with a very pale pink hue. After that, the majority of the crystal shows a “straw” yellow color which grades into a softer green hue, then a stark black zone on the pyramidal termination on the other end. These “black head” crystals are not common from the Himalaya Mine, and they somewhat remind of the classic “Moor’s head” Tourmalines from the island of Elba. A rare and UN-repaired Tourmaline example from this beloved locality in California.