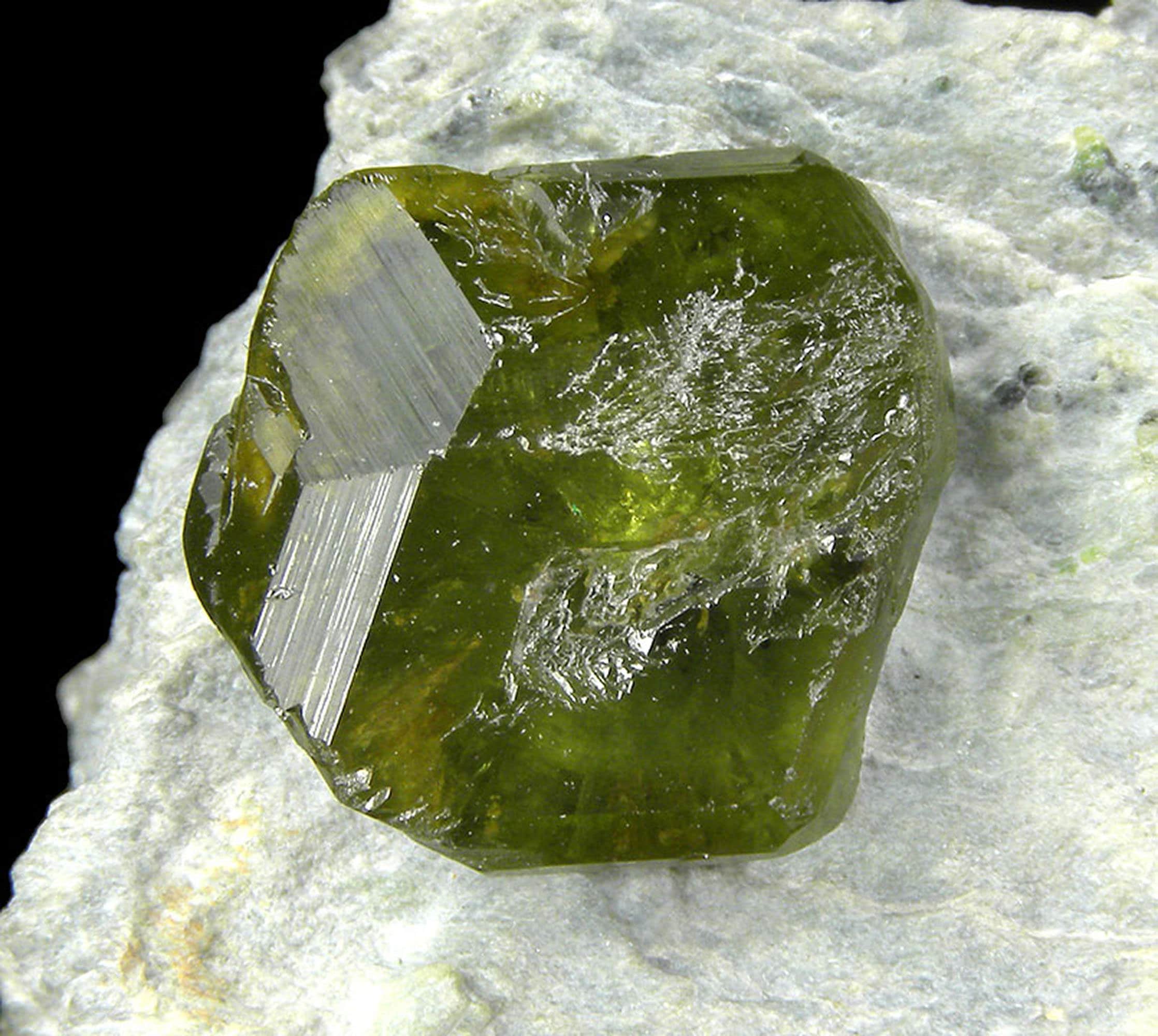 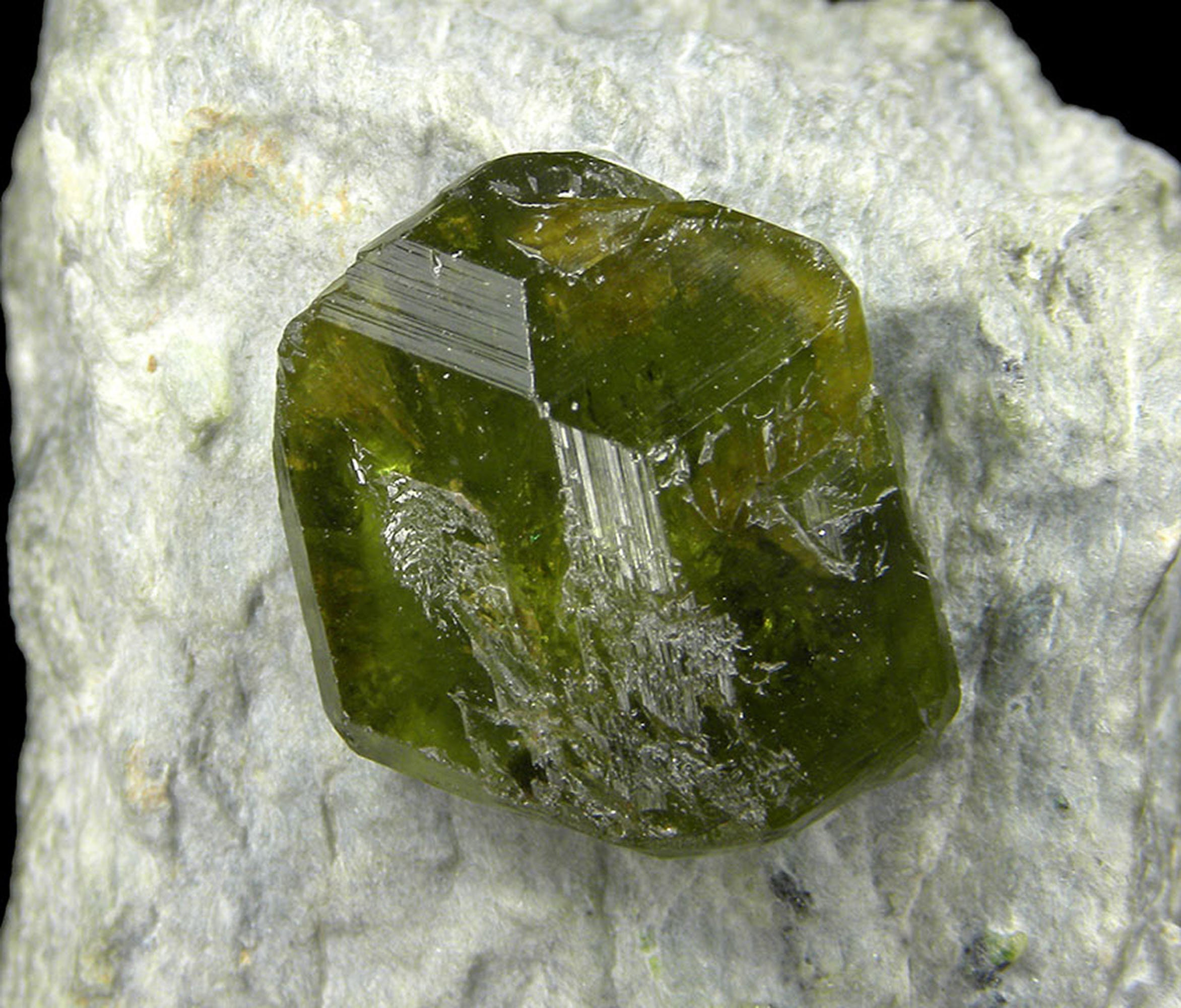 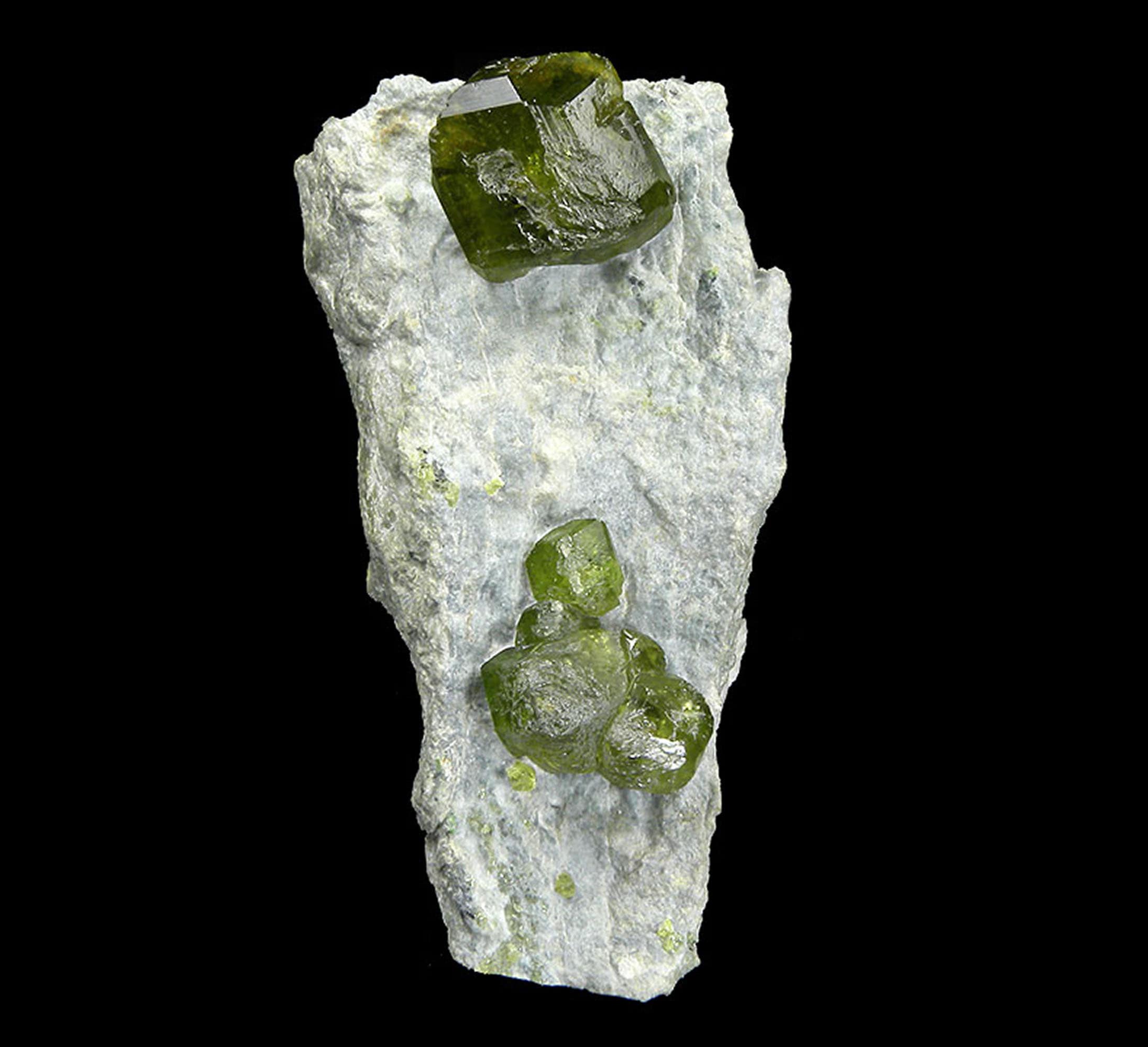 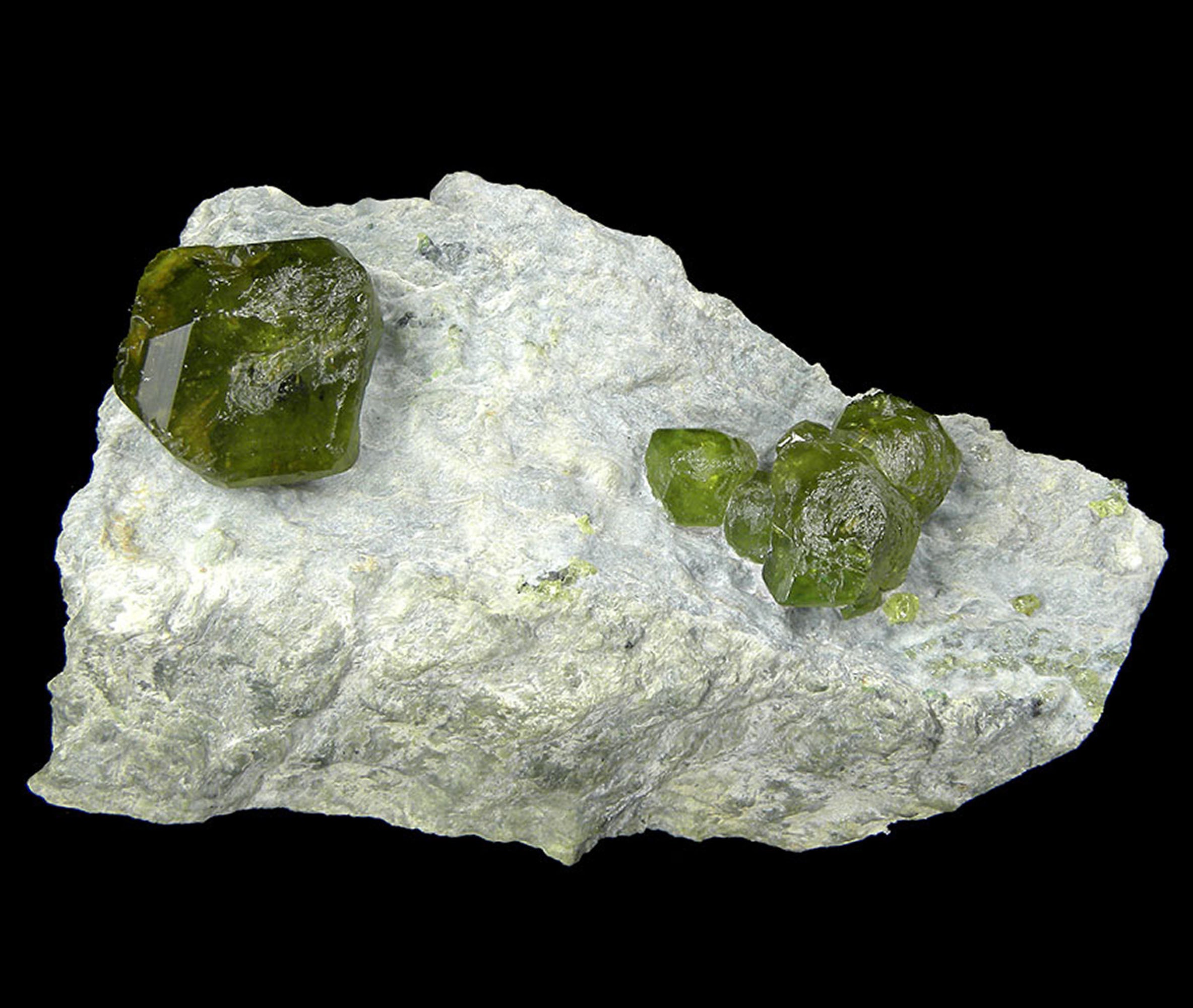 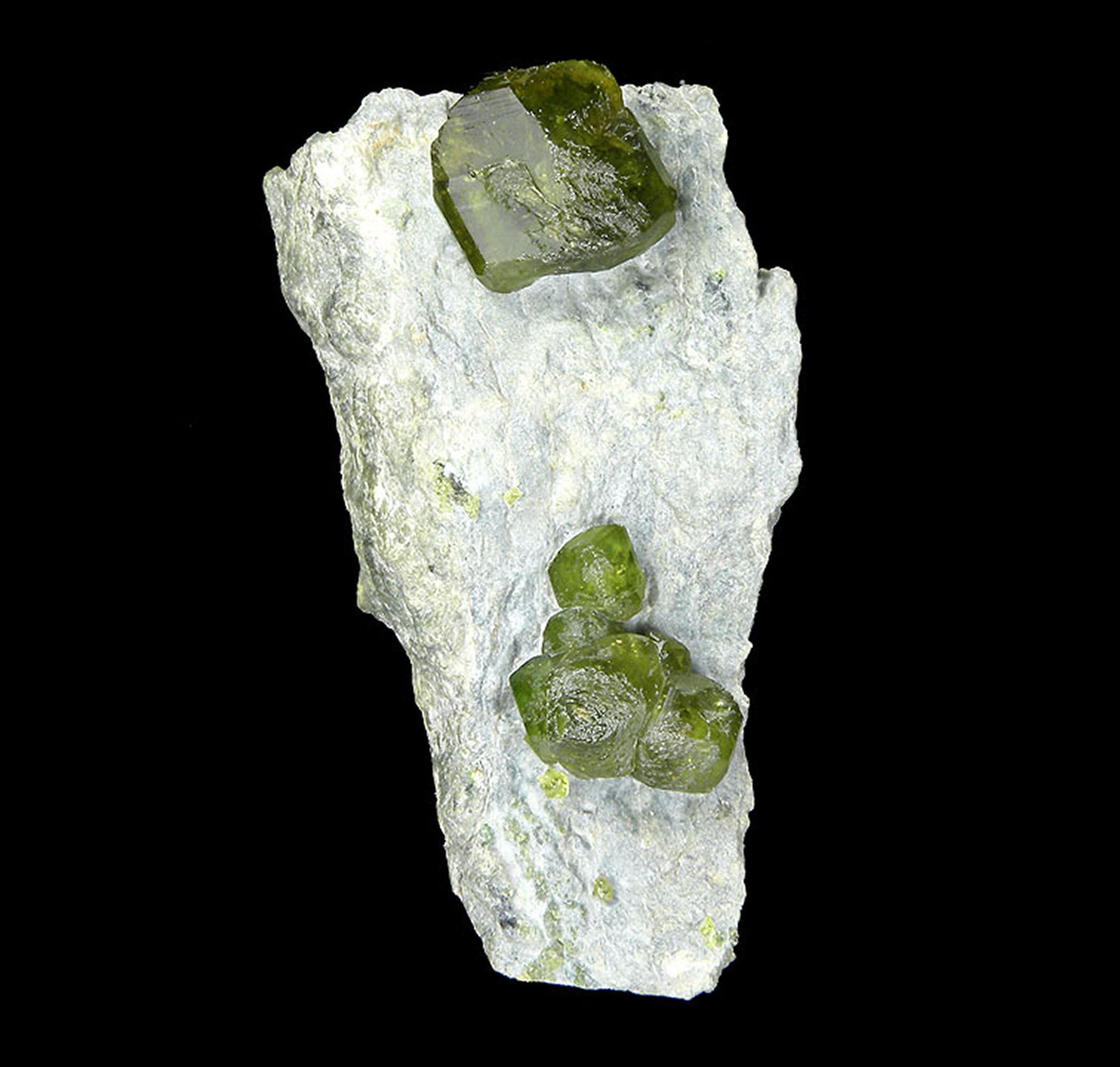 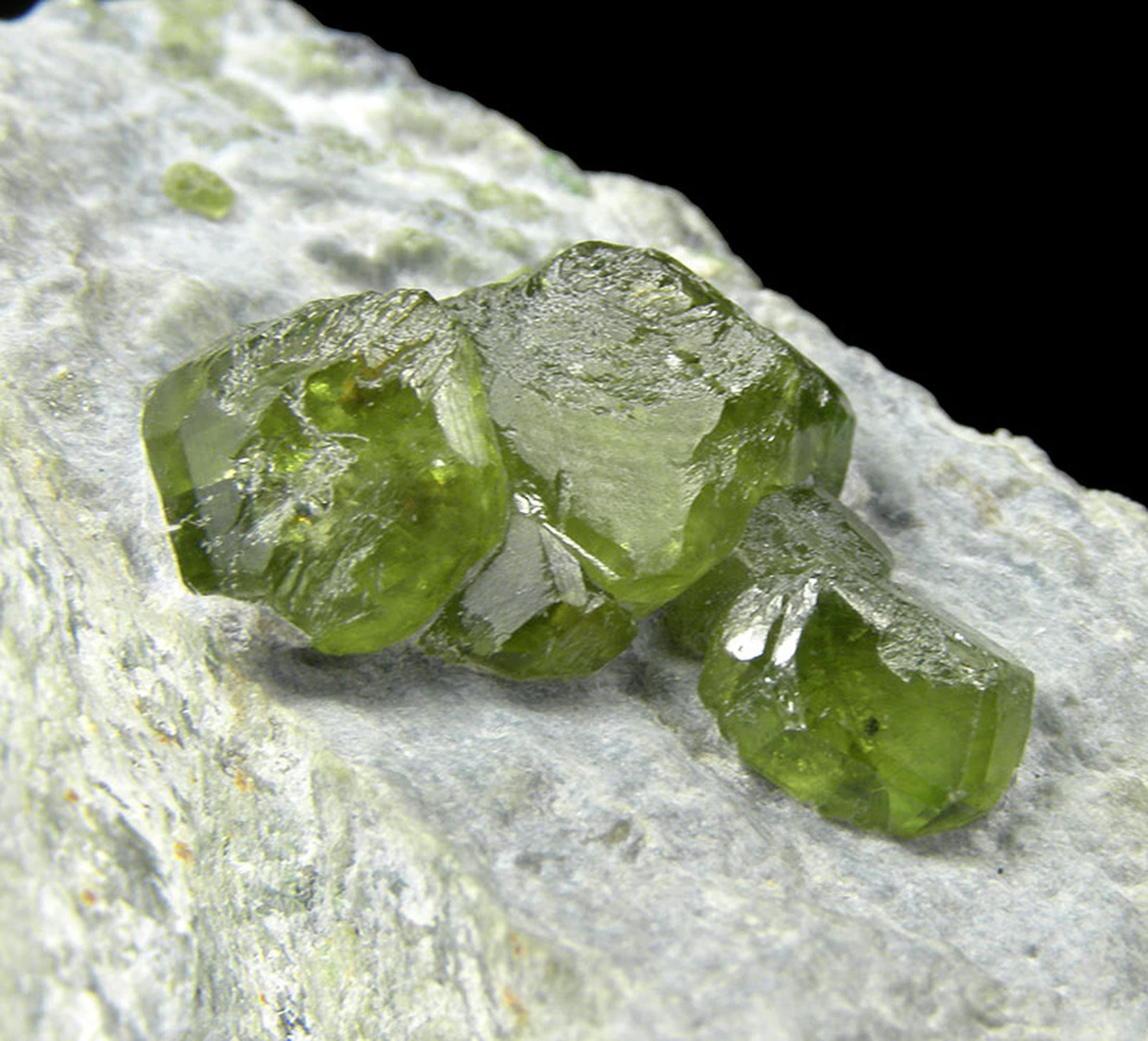 Certainly the largest crystal of any piece in this lot resides on this specimen. It is well isolated with excellent dodecahedral form and despite how it may appear in the photos, it is not broken, but rather has an interrupted growth. All of the crystals are good sized for the locality with a beautiful golden-green hue. For luster, sharpness and gemminess, they are all above par. One of the smaller crystals is nearly water-clear with great luster. A good small cabinet matrix specimen with what would be considered a large crystal from Sferlun.

When it comes to Alpine Garnets, the Italian specimens are among the best in the world! Whether it be Grossulars or Andradites, the Italian specimens have set the standard for the Alpine material. The Demantoids from the famous Val Malenco (Malenco Valley) are among the most well-known and highly sought after Garnets in the world. These are true Alpine classics, and the best specimens are breathtaking from the standpoint of color, crystal size, gemminess, luster and rarity.

I recently acquired a small parcel of specimens from the famous locality at Sferlun which were collected approximately 30 years ago (late 1970s – early 1980s), and remained in a private collection for decades. I am told that these pieces originally came through the Magistretti collection in Italy.

These are great specimens of this world famous material, which are typically not seen very often on the market. Good Demantoids from Italy are always in demand, and good matrix Garnets from ANY locality are certainly hard to come by. Lastly, a few of the specimens in this lot are some of the largest individual pieces of this classic material that I’ve handled.