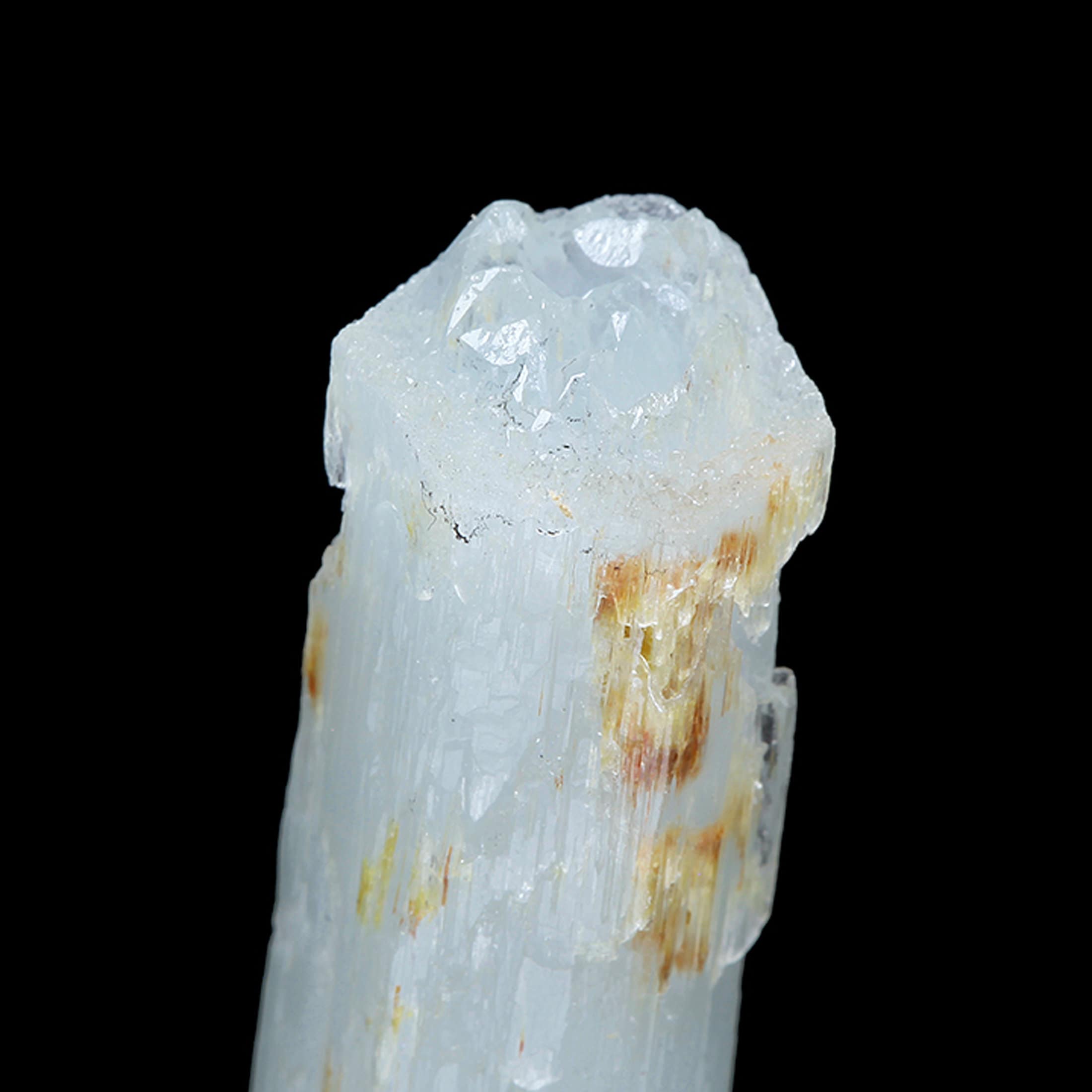 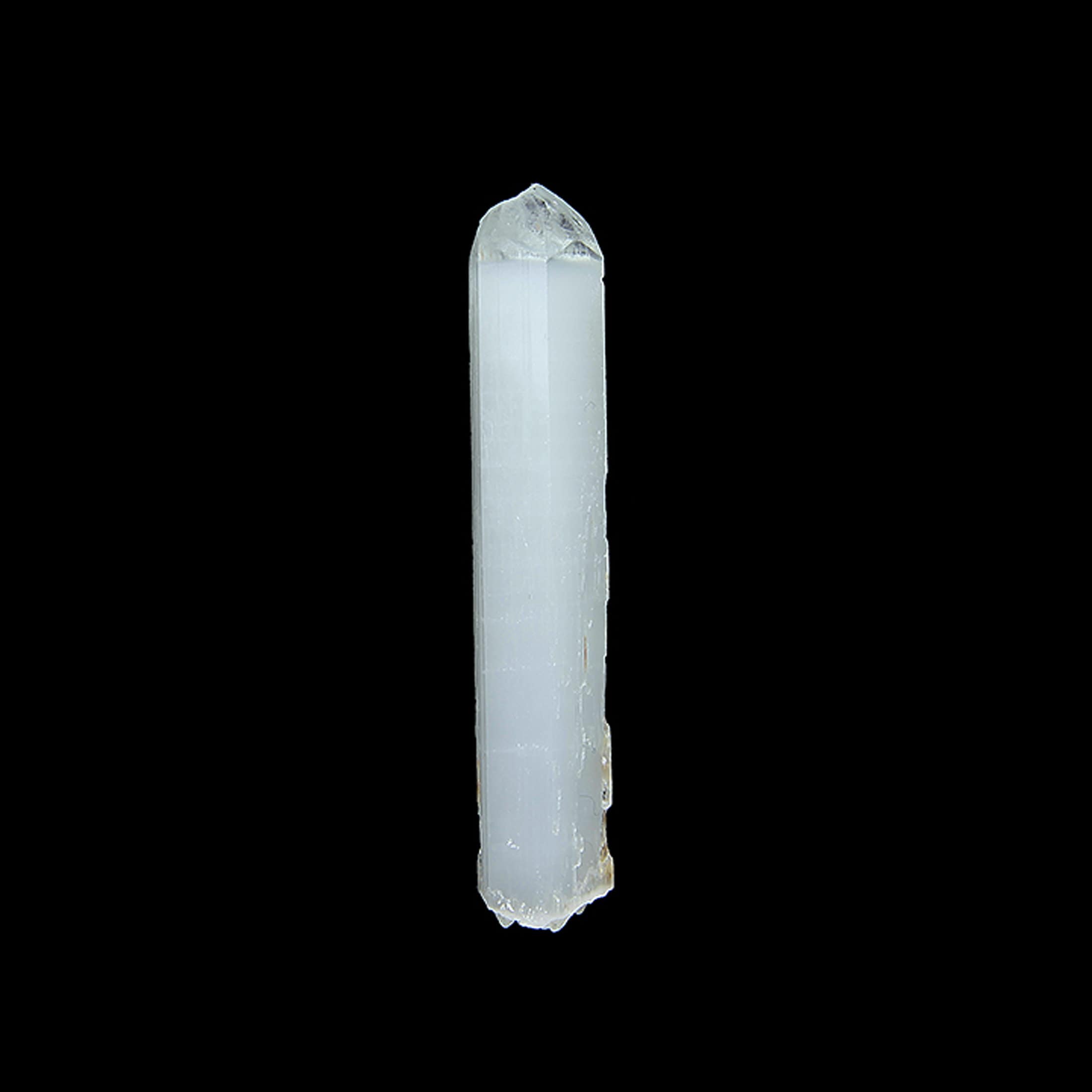 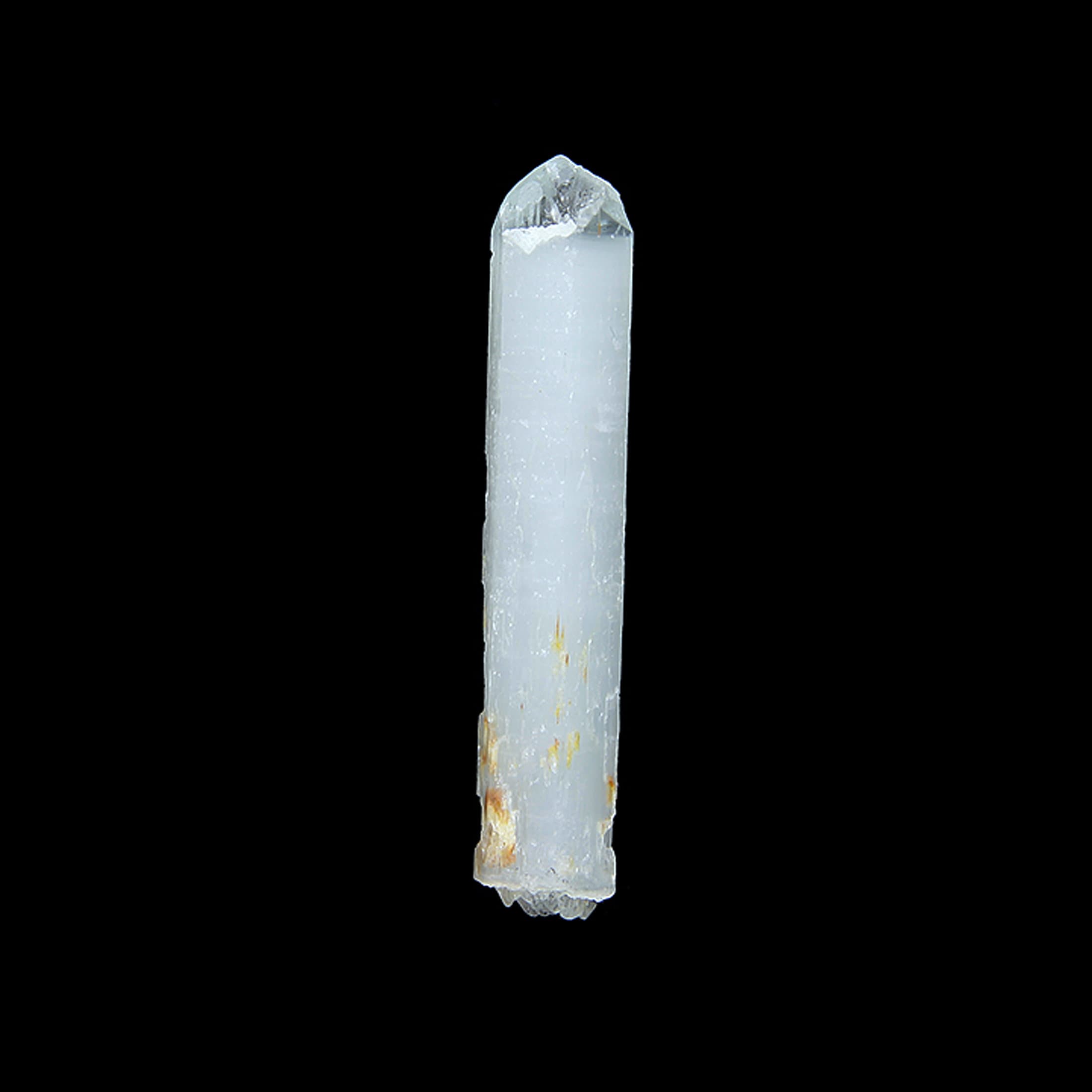 From an isolated, small pocket that came out in 2011, this was one of only a handful of crystals recovered according to my source who acquired them directly at the locality. These crystals are not quite blue, not quite green, but somewhere in between. I won’t call them Aquamarines, but they do have an interesting color. To me, the most important fact about this piece is that it’s so sharp and well-formed. Beryl crystals from Madagascar can often be etched, dull or poorly crystallized, and this one is a fine example of an elongated hexagonal prism with first and second order pyramidal modifications on the termination. It should be noted that the piece is doubly-terminated, with a recrystallized base. The topmost portion of the piece is quite gemmy, nearly transparent, while the rest of the crystal has a gentle translucency. The back of the termination on this crystal has an indentation where there was incomplete growth, but it’s not damaged or even contacted, but has a small bit of Feldspar that kept it from fulling forming. A curious and unusual Beryl crystal for anybody who collects gem crystals, Beryls in general, or minerals from Madagascar.