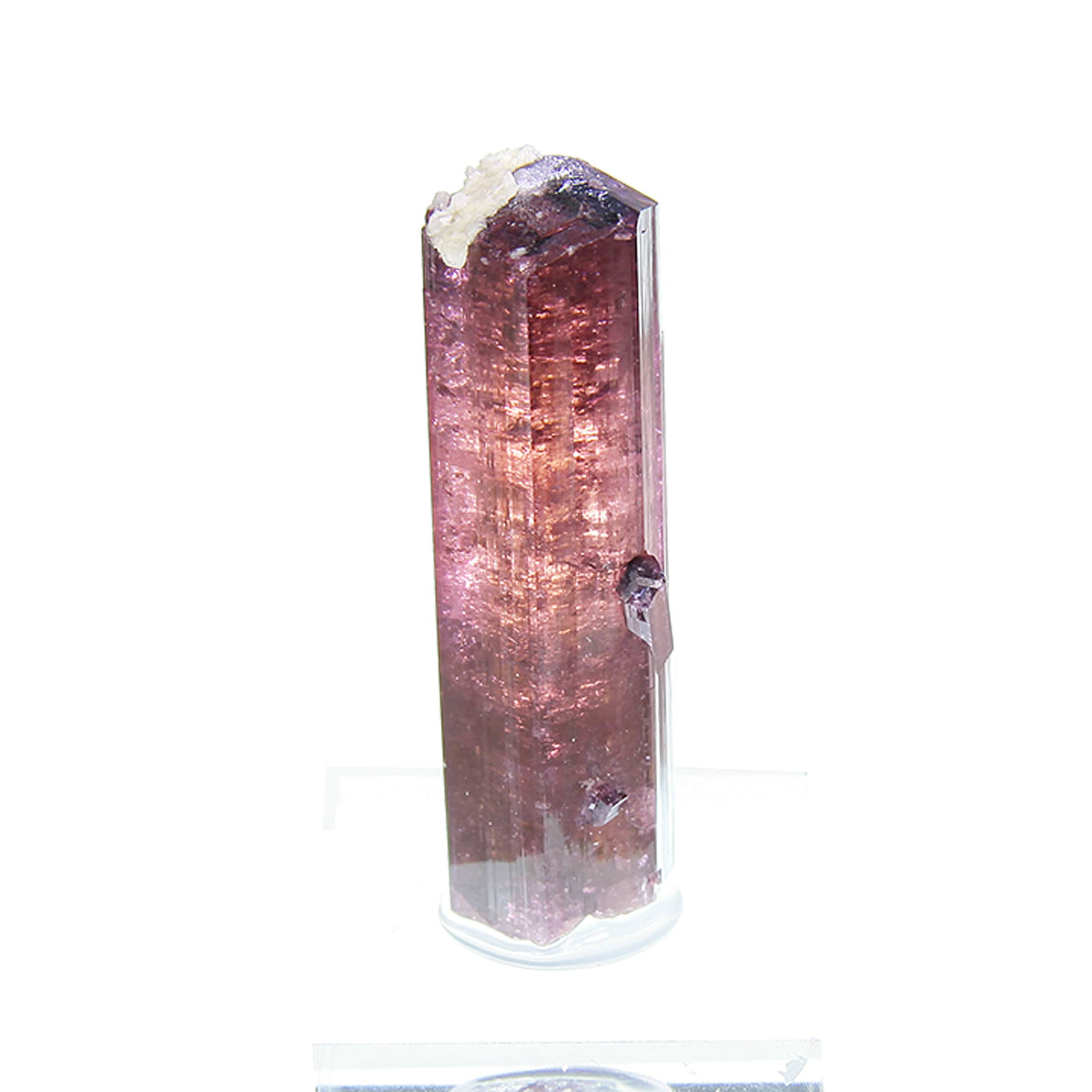 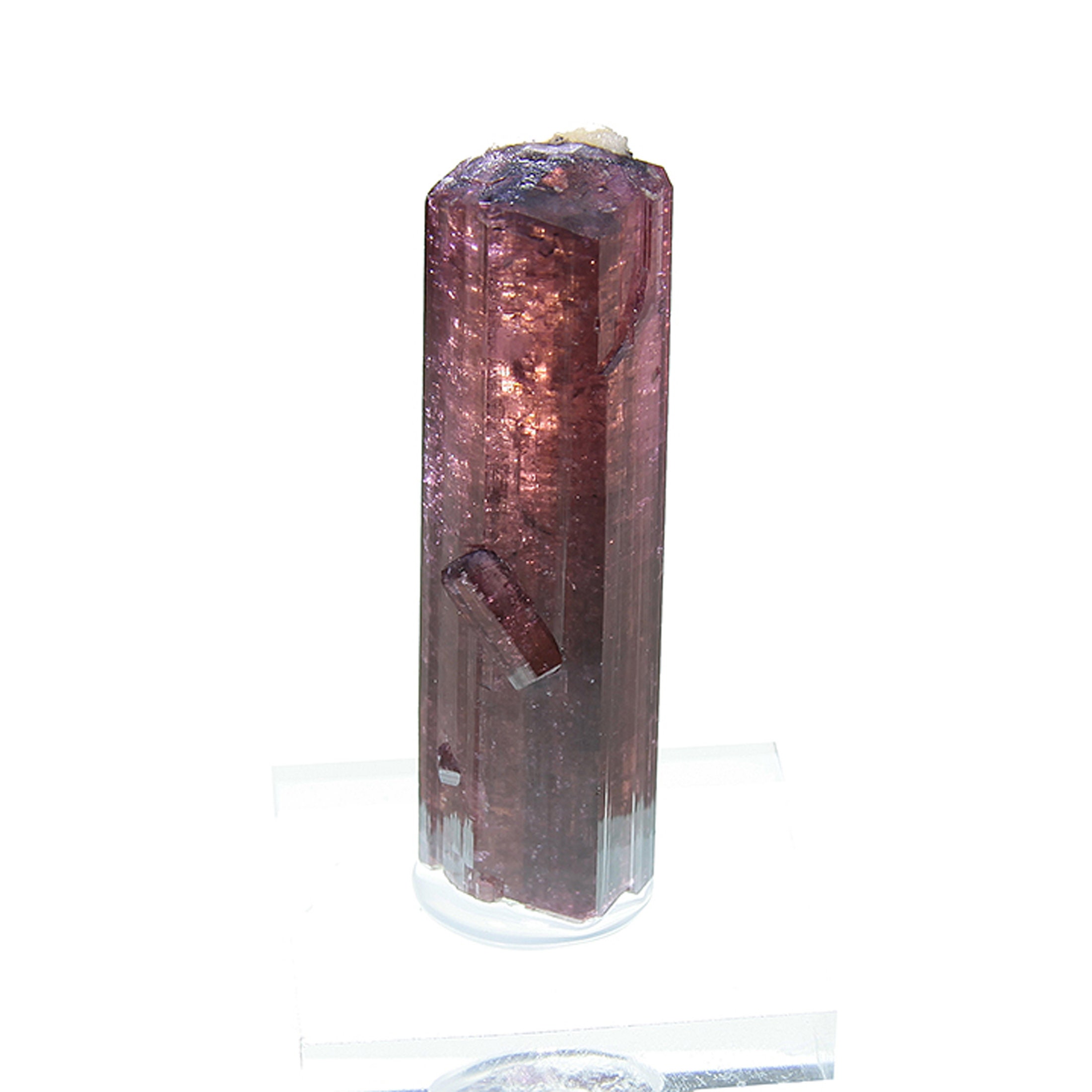 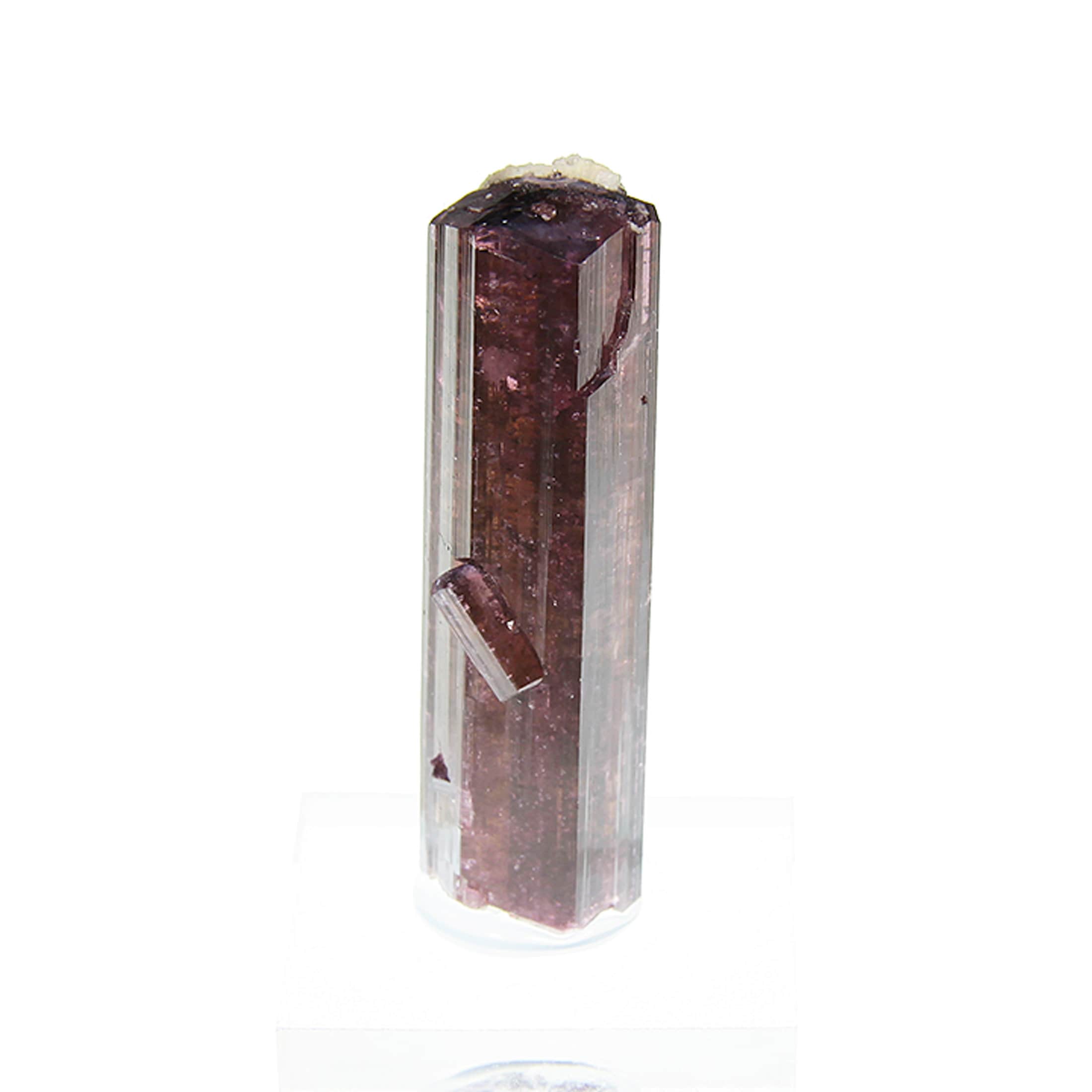 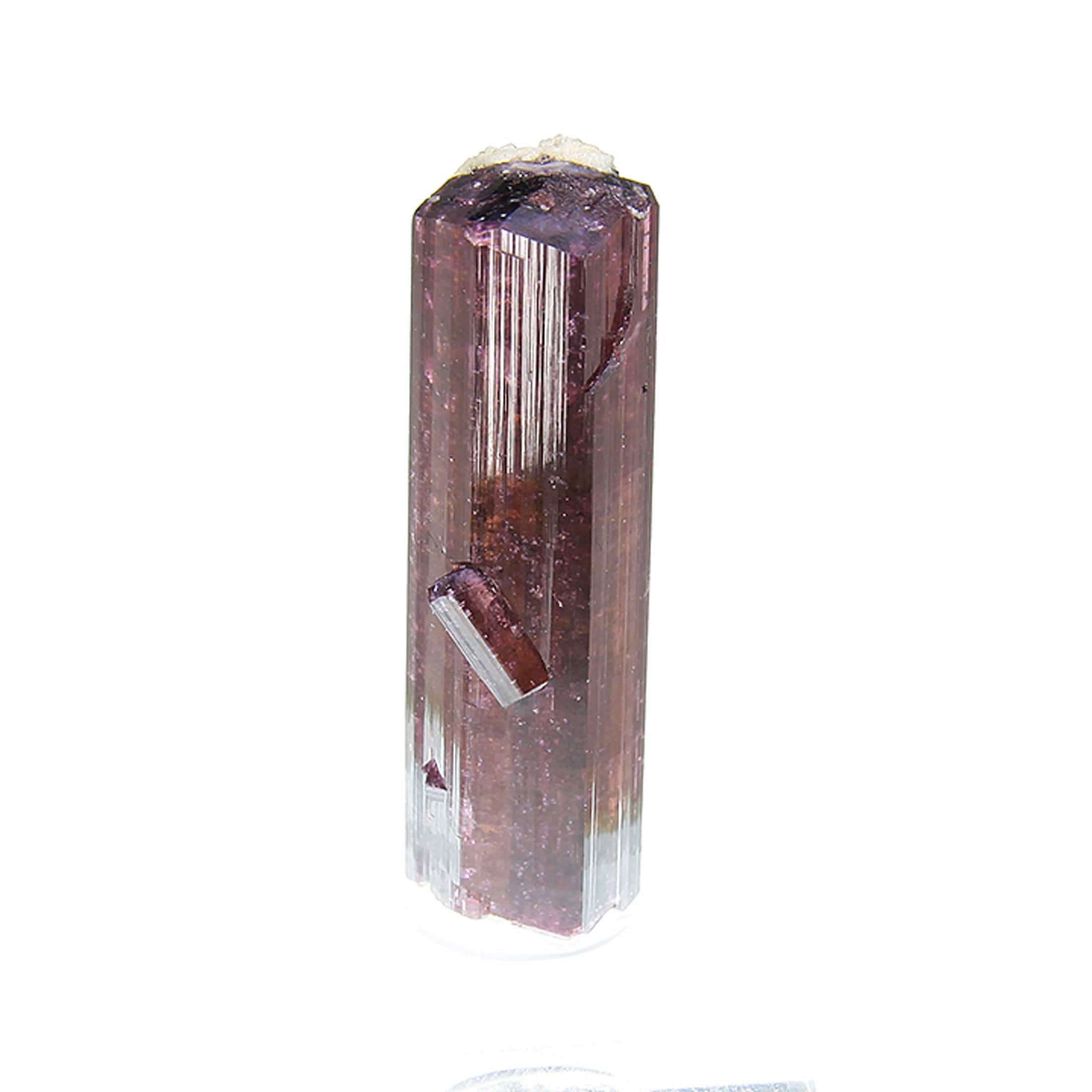 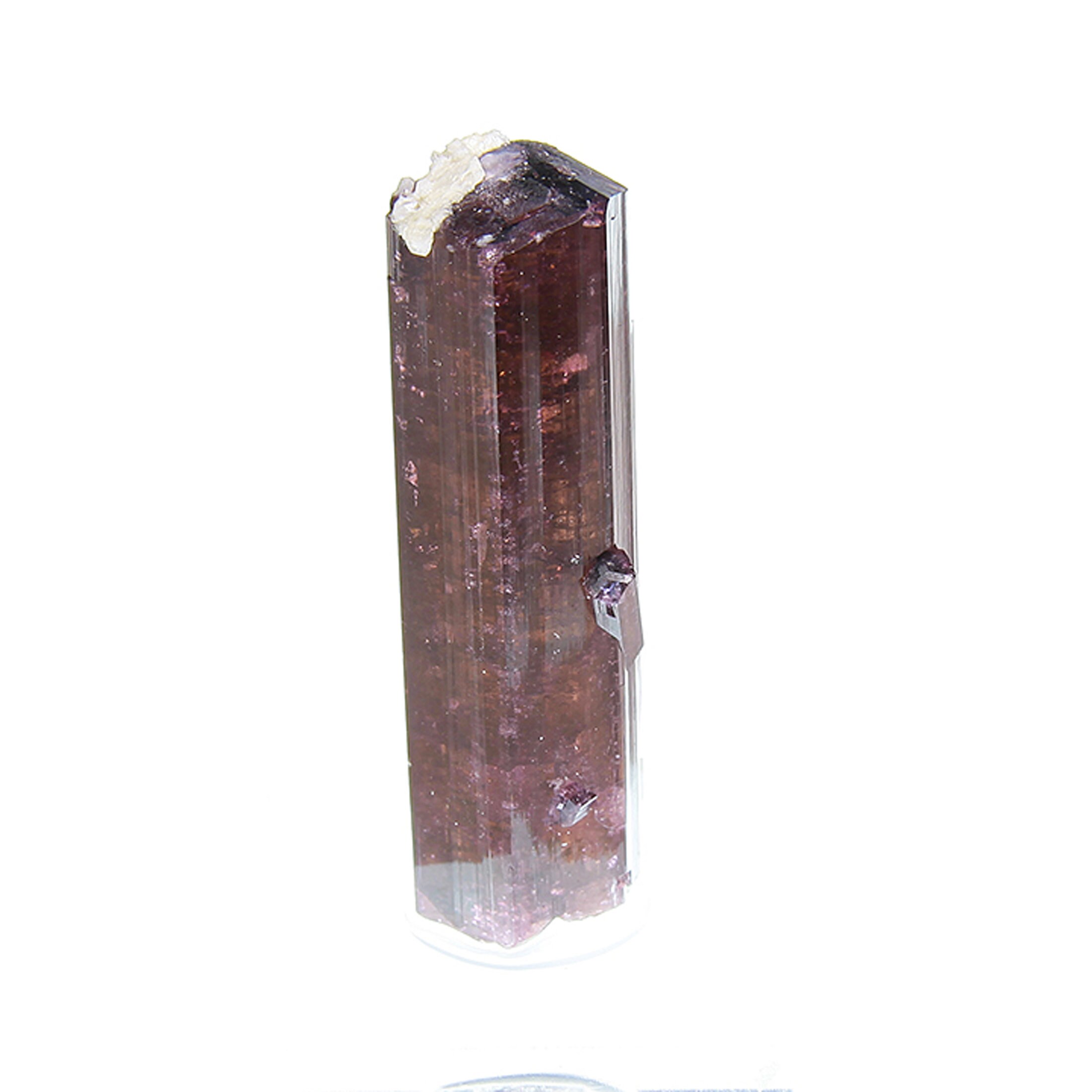 Liddicoatite is one of the most interesting, colorful and extremely rare Tourmaline species out there. This piece was collected in 2013. This crystal was sold to me as being Liddicoatite, but as of 2011, Liddicoatite is a “non-approved” mineral species (it’s now called Fluor-Liddicoatite), but for the purposes of this crystal, I'm going to refer to it as Liddicoatite. There are more localities for Liddicoatite in Madagascar than any other country worldwide. Originally, it was named after the gemologist Richard Liddicoat, the former president of the Gemological Institute of America. Many of you are probably familiar with the great multi-color polished slabs of Tourmaline from Madagascar that show a wonderful array of patterns and color arrangements, but typically Liddicoatite is not often seen in euhedral, well-terminated crystals. This specimen is an attractive and good sized crystal with superb form, luster and sharpness, and interesting pinkish-golden hues when backlit depending on the light in which it’s viewed. The most intriguing aspect of the piece (though hard to see in the photos), is that when the piece is lit from the side, if you view the termination at the correct angle, it shows a strange and distinctive dark inky-blue-purple color in the form of a light coating on the surface of the termination. These specimens seem to be dwindling fast, and the pegmatites that are producing them are running dry quickly according to Dr. Federico Pezzotta, who sold this specimen personally, as he collected it himself in Madagascar.