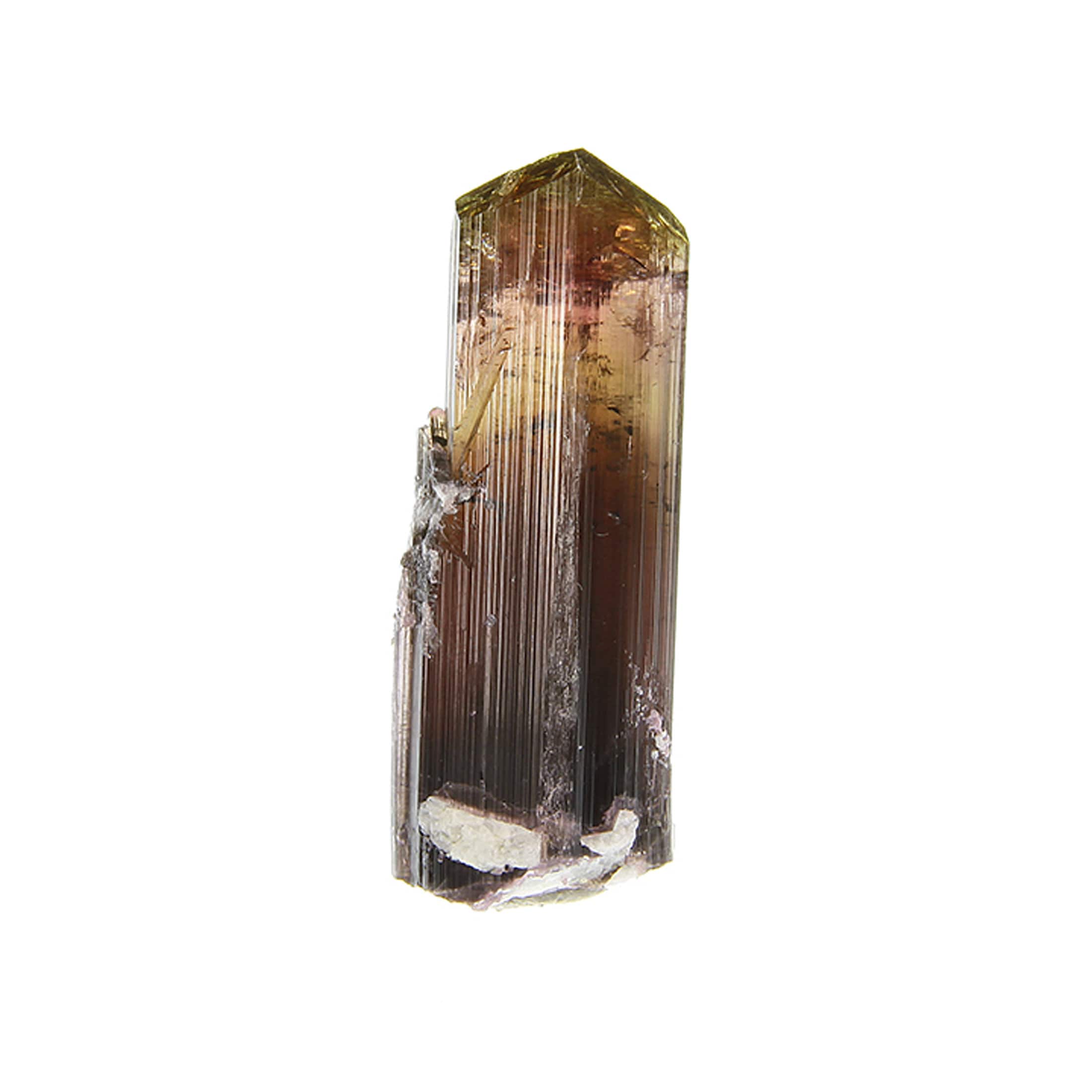 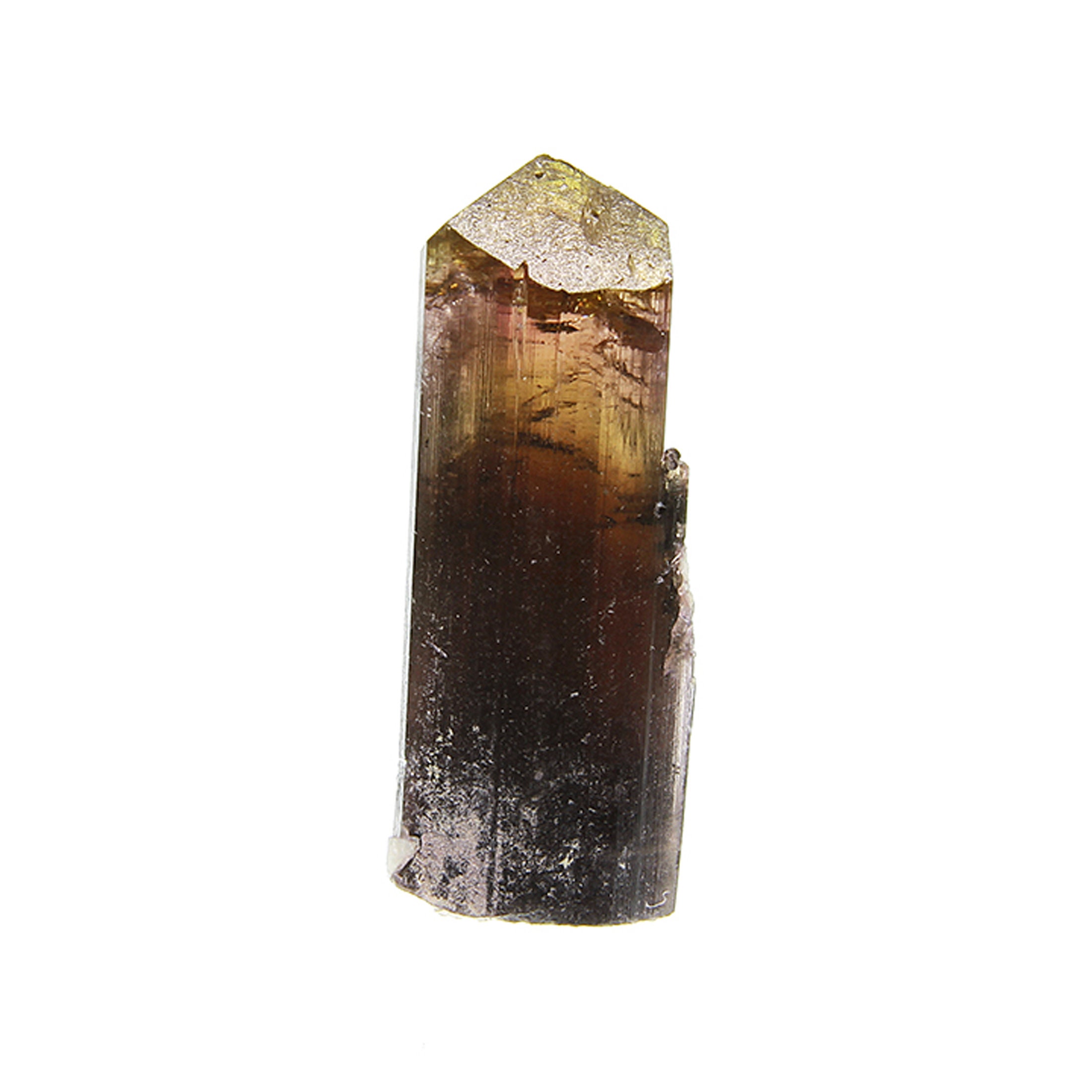 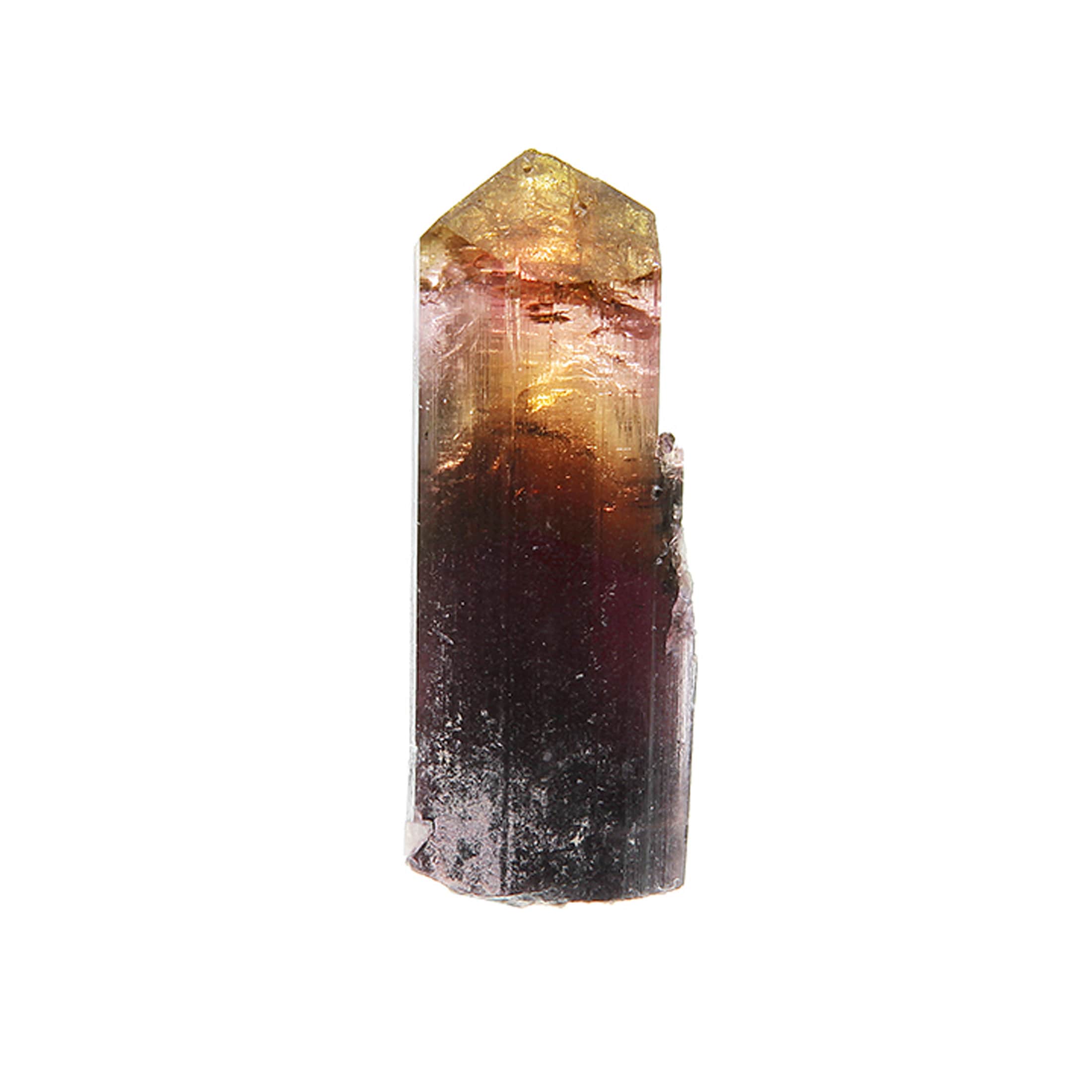 An interestingly colored Liddicoatite Tourmaline from a discovery in 2009 in the Camp Robin area of Madagascar. I know that a lot of Tourmalines are simply labeled as being “Camp Robin”, but I acquired this one directly from Federico Pezzotta, who said it was from Ambohimahasoa. The coloring starts with a RARELY seen yellow pyramidal termination. Yellow is arguably the rarest color seen in Tourmaline, and to find a good sized crystal like this with a yellow termination is not common from any locality. The termination transitions into a soft pinkish hue, and then makes a dramatic shift into a dark golden/reddish-brown to a nearly black hue. You need strong backlighting to see the color in the lower portion of the crystal, but the combination of yellow and golden-brown together is bizarre to be sure. Think of all the Tourmaline crystals you’ve seen, and how often have you come across one with this kind of coloring? Only a tiny bit of damage with good luster and form. It should be noted that this crystal was sold to me as being Liddicoatite which was originally named after the gemologist Richard Liddicoat, the former president of the Gemological Institute of America. As of 2011, Liddicoatite is a “non-approved” mineral species (it’s now called Fluor-Liddicoatite), but for the purposes of this crystal, I'm going to refer to it as Liddicoatite, which is part of the ever re-defined and confusing Tourmaline Group.