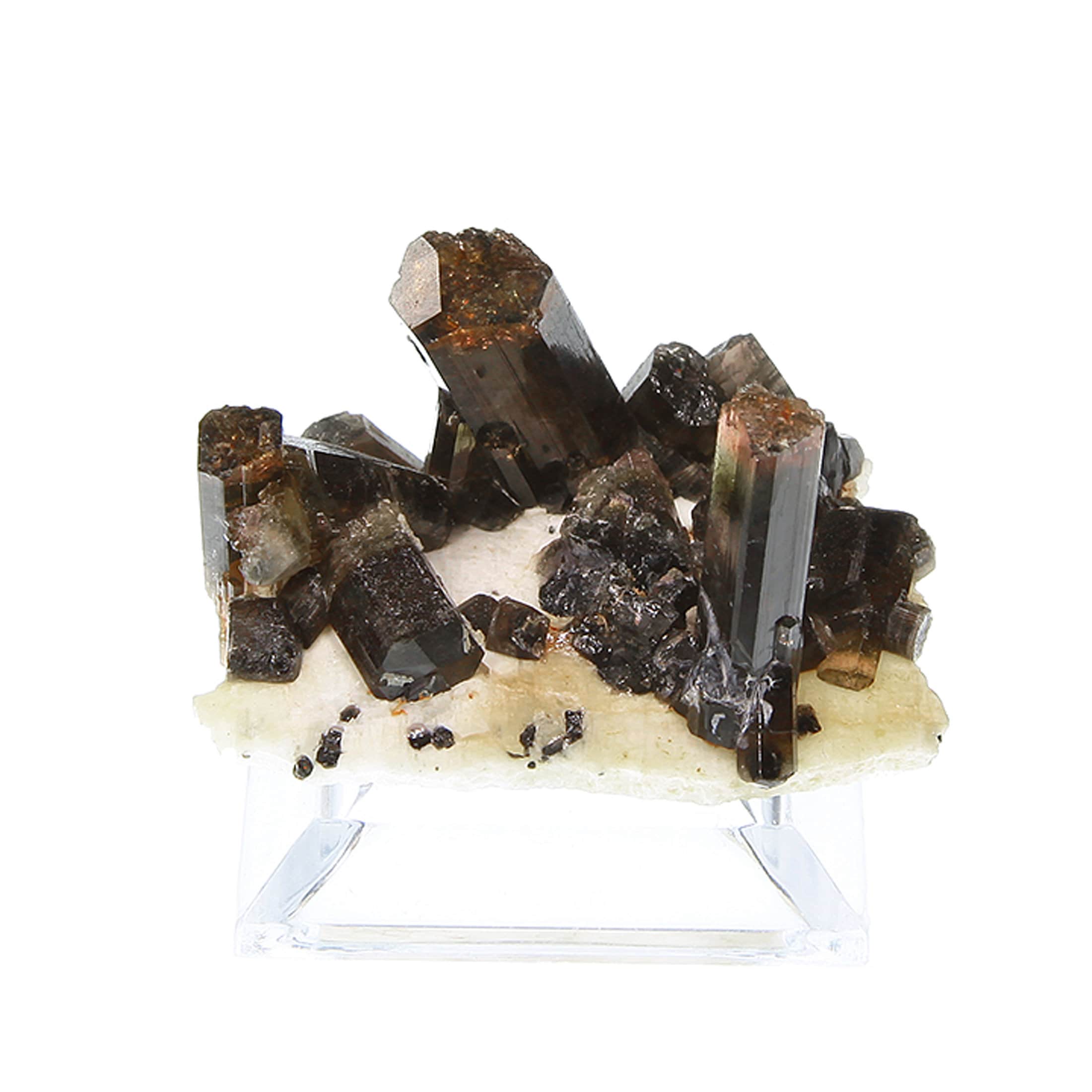 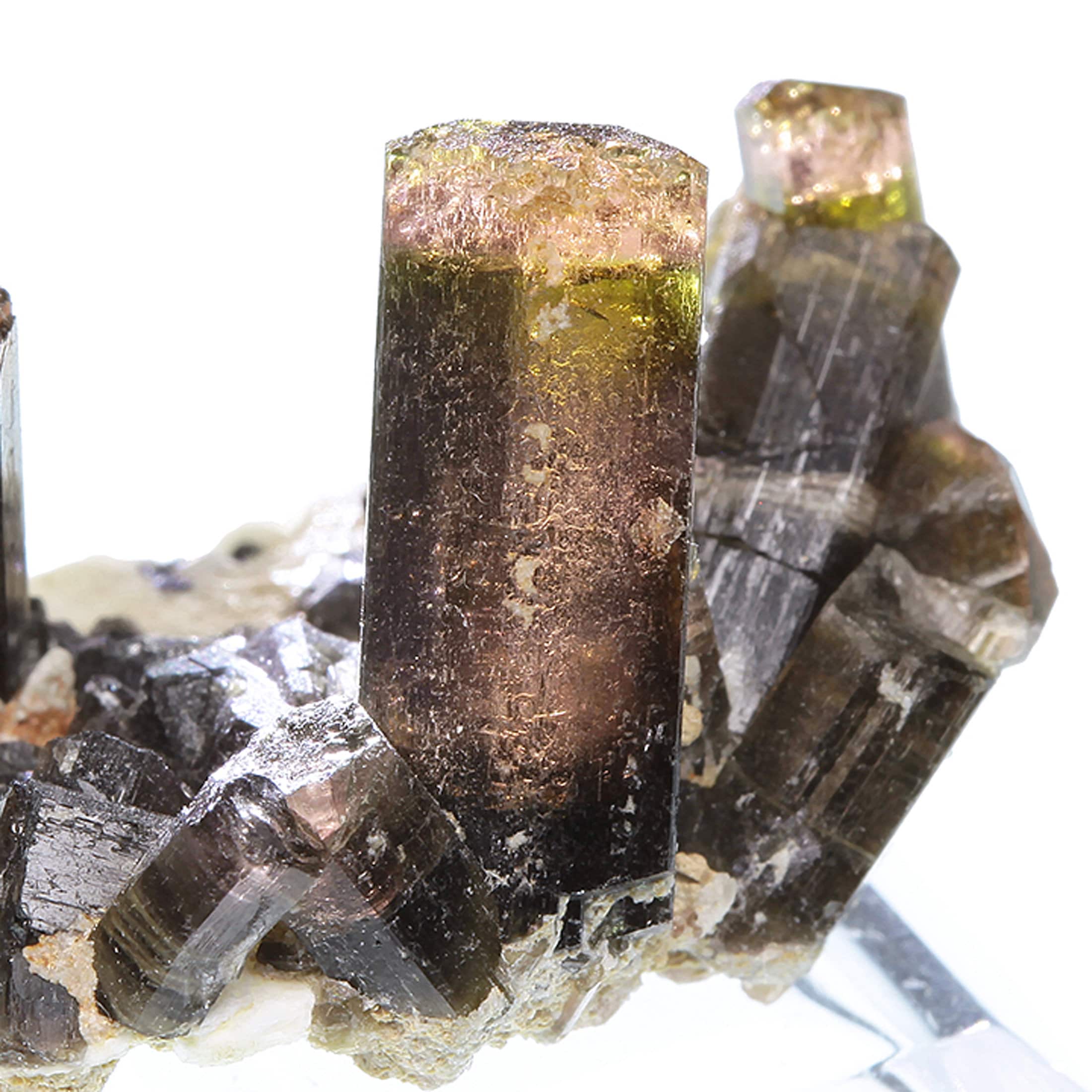 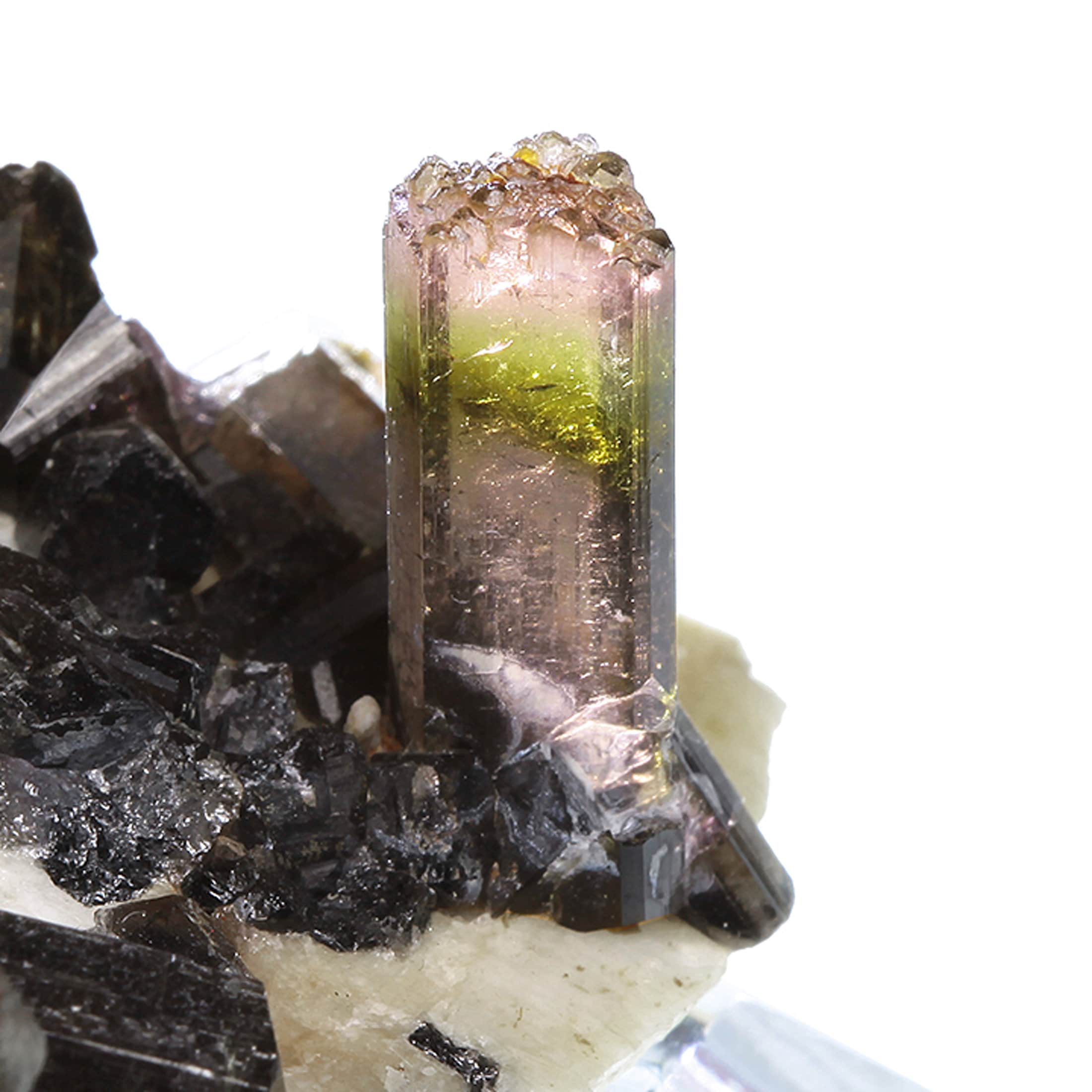 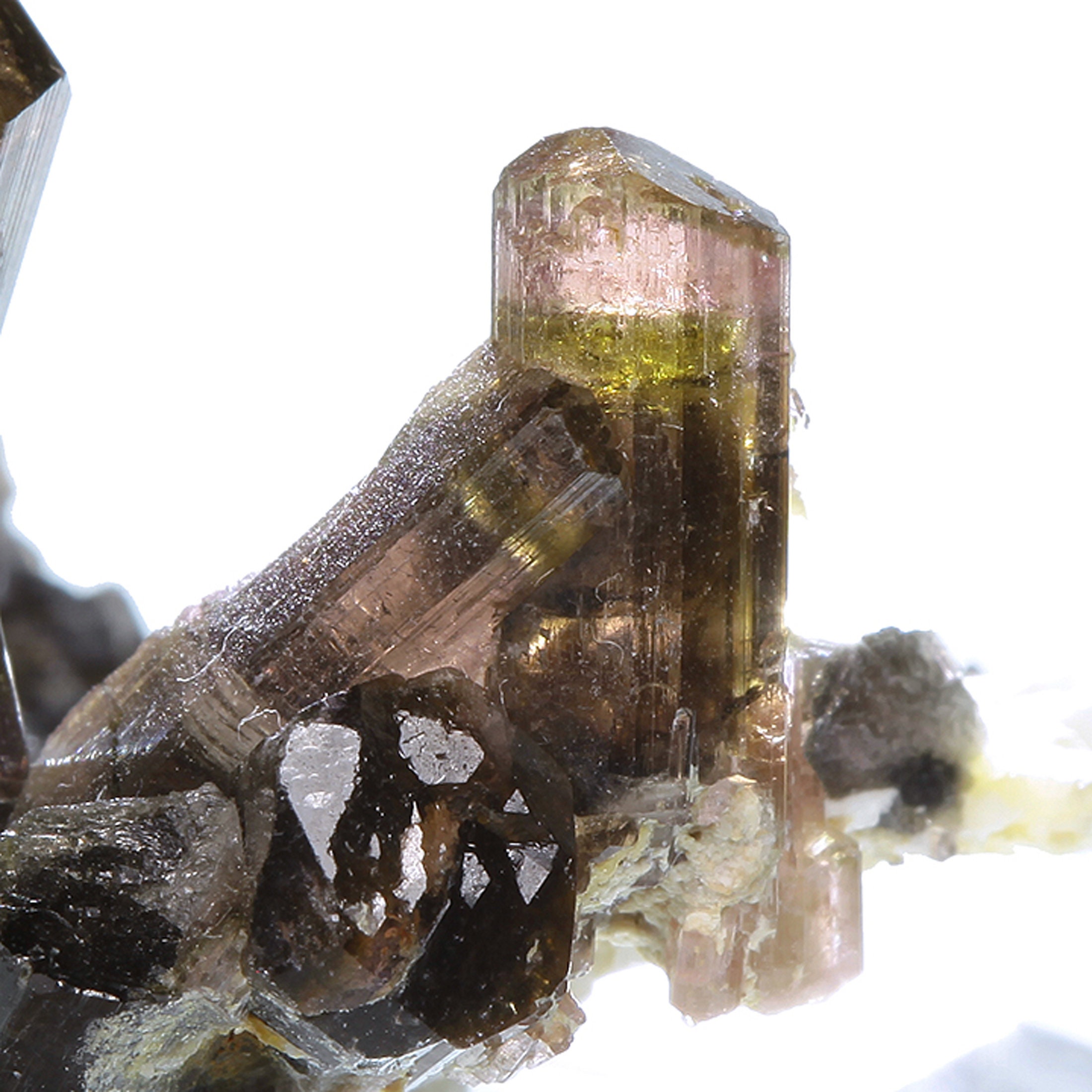 A rarely seen multi-crystal matrix specimen of Liddicoatite from Tsarafara Sud featuring many free-standing sharp, lustrous, gemmy multicolored crystals sitting on a thin slab of Feldspar. The crystals have a pastel yellowish-pink hue at the terminations which grade into a slight yellowish-green zoning and then a tan/bronze tone throughout the rest of the crystals. The combination of the odd coloring and the fact that the crystals are on matrix make for a very enticing and attention-grabbing piece. The main crystals are damage free, though a few of the lesser crystals lying on the matrix are contacted. The three predominant free-standing crystals have wonderful luster, and all of them have different terminations with one showing a basal pinacoid, another showing a pyramidal form, and the third has a modified “stepped” shaped. It should be noted that this specimen was sold to me as being Liddicoatite which was originally named after the gemologist Richard Liddicoat, the former president of the Gemological Institute of America. As of 2011, Liddicoatite is a “non-approved” mineral species (it’s now called Fluor-Liddicoatite), but for the purposes of this piece, I'm going to refer to it as Liddicoatite.