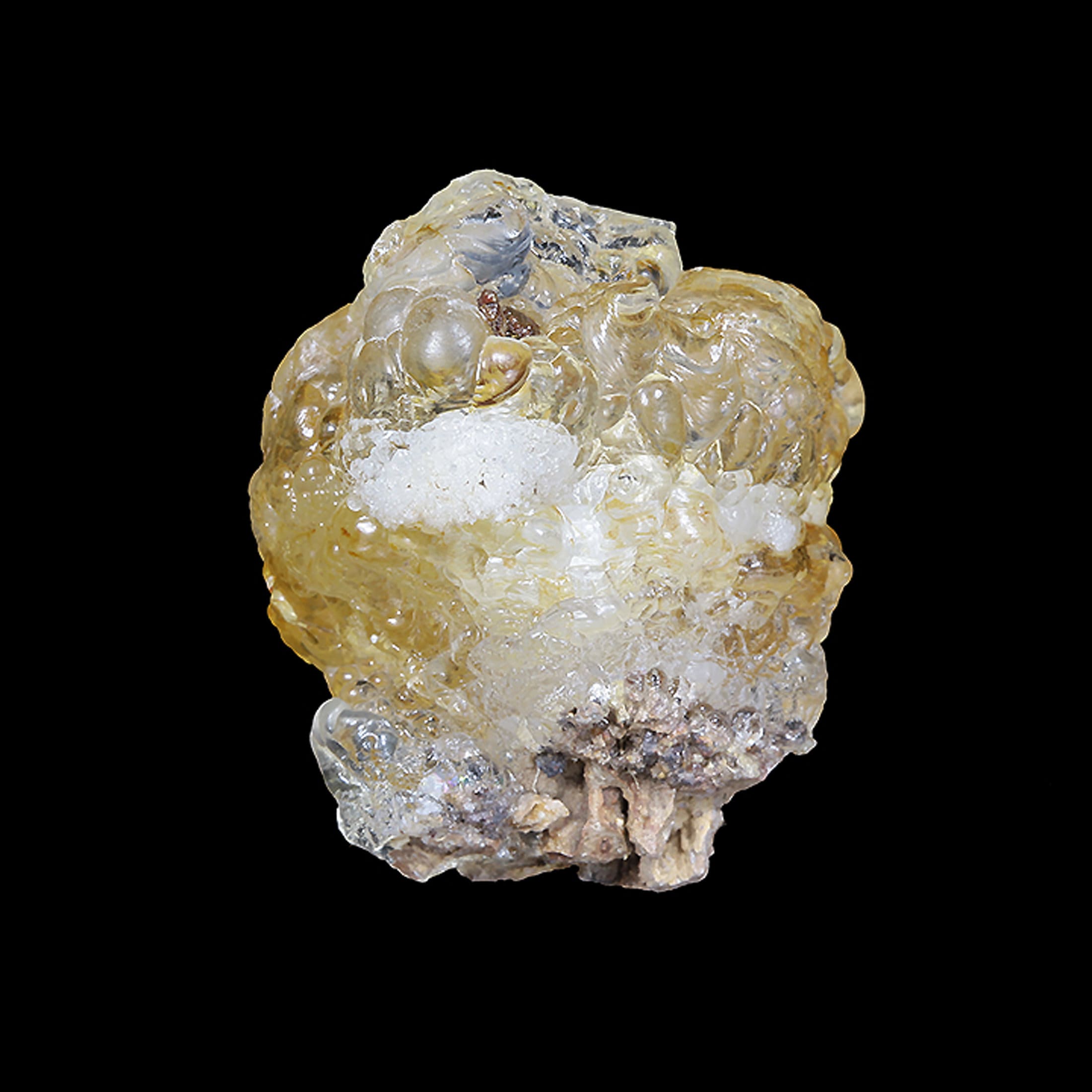 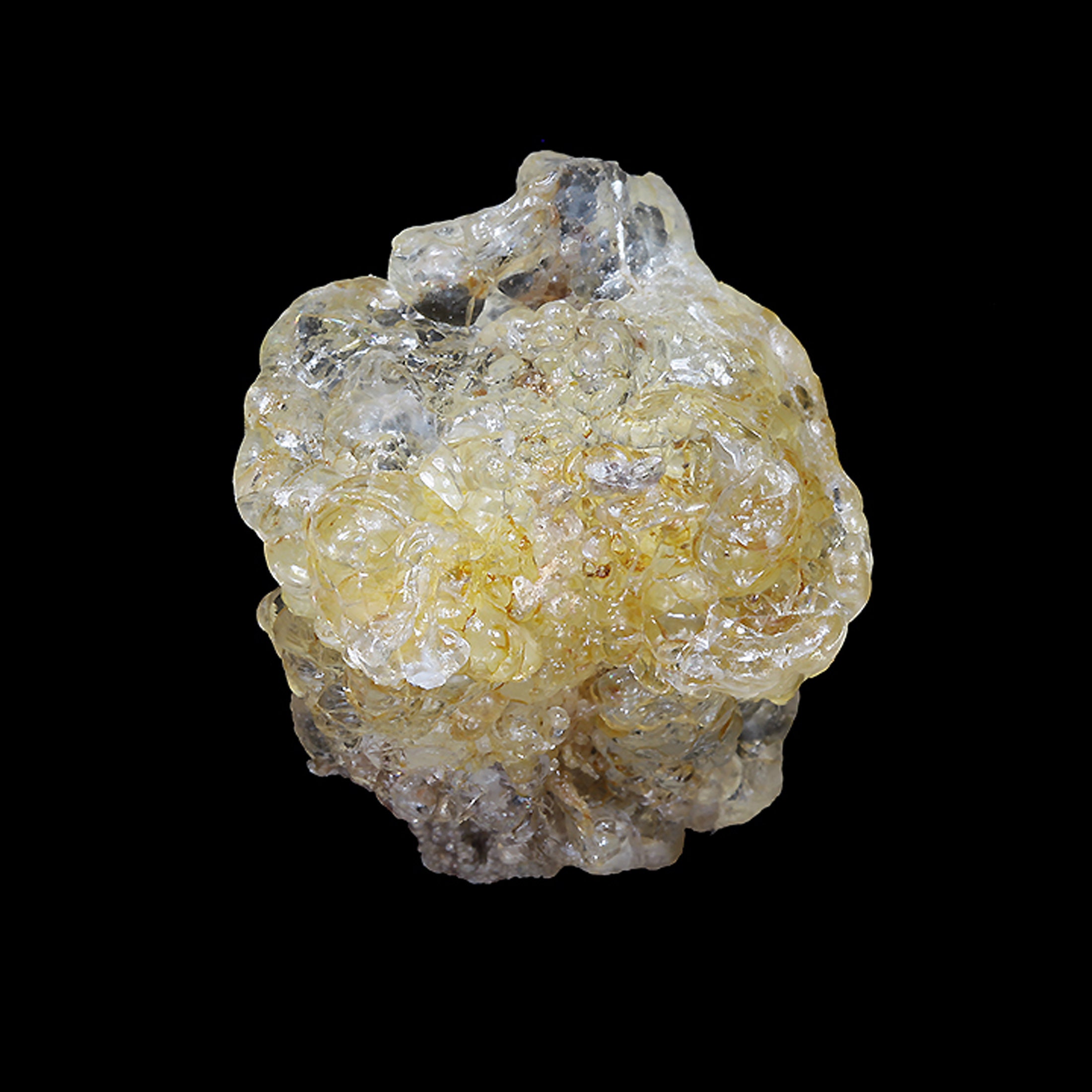 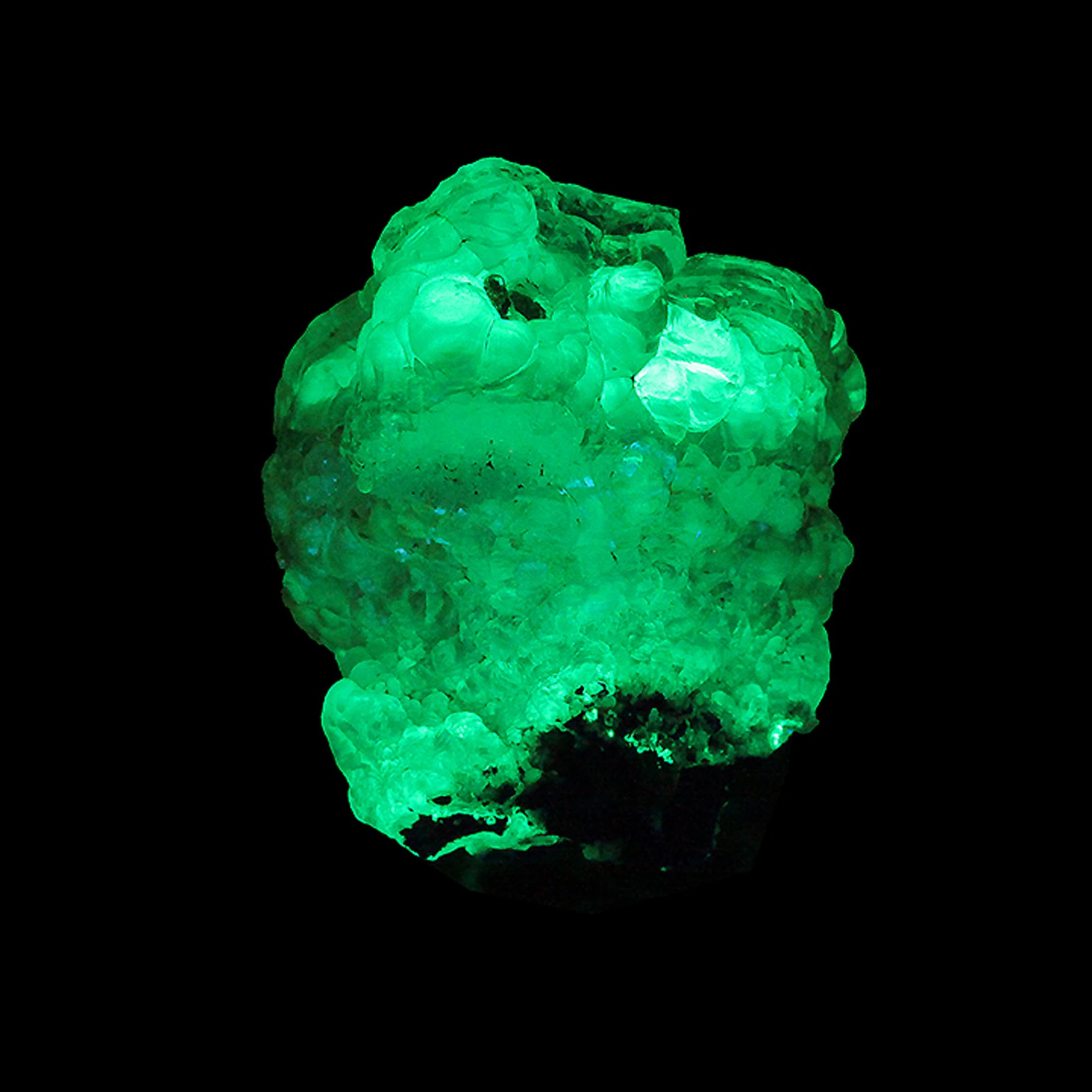 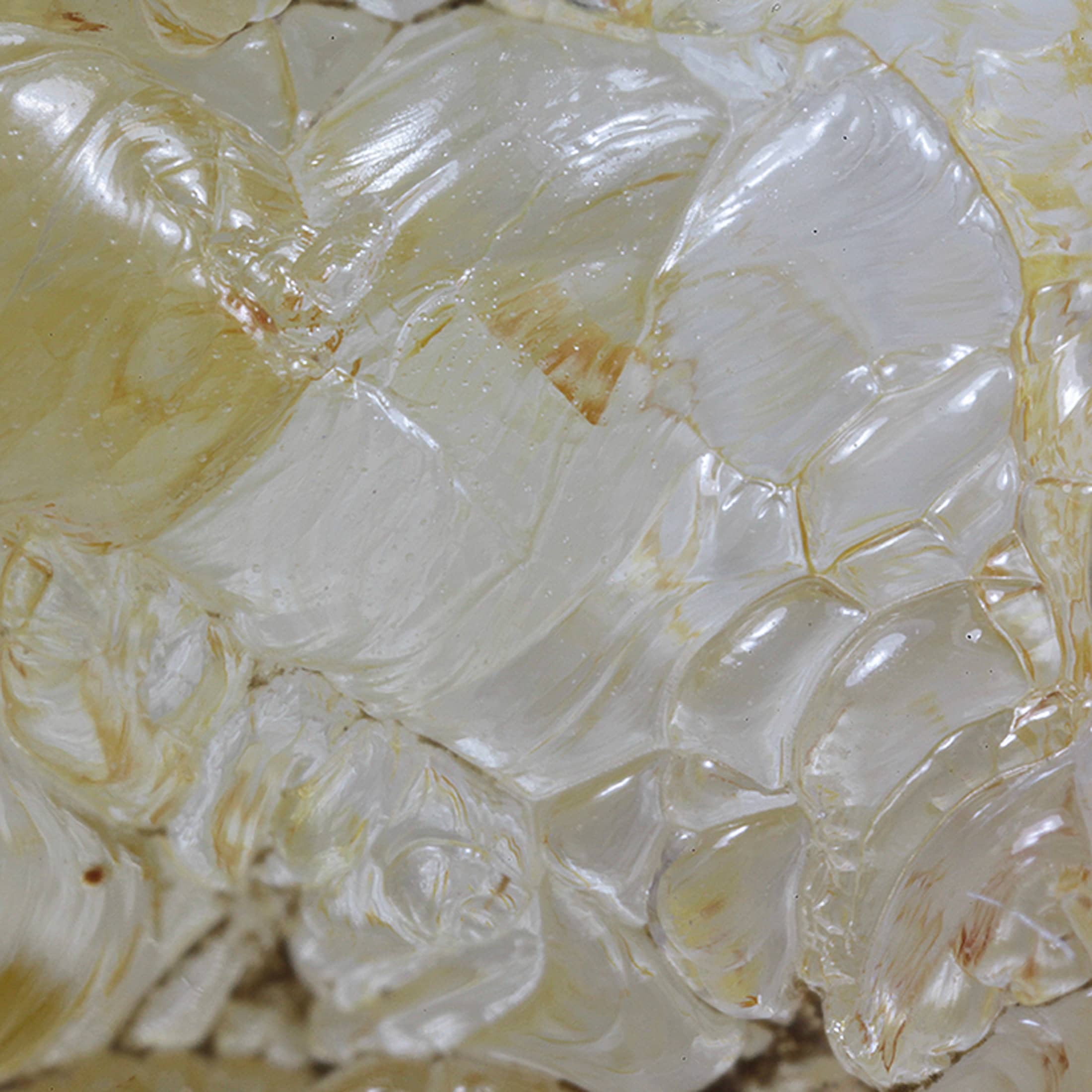 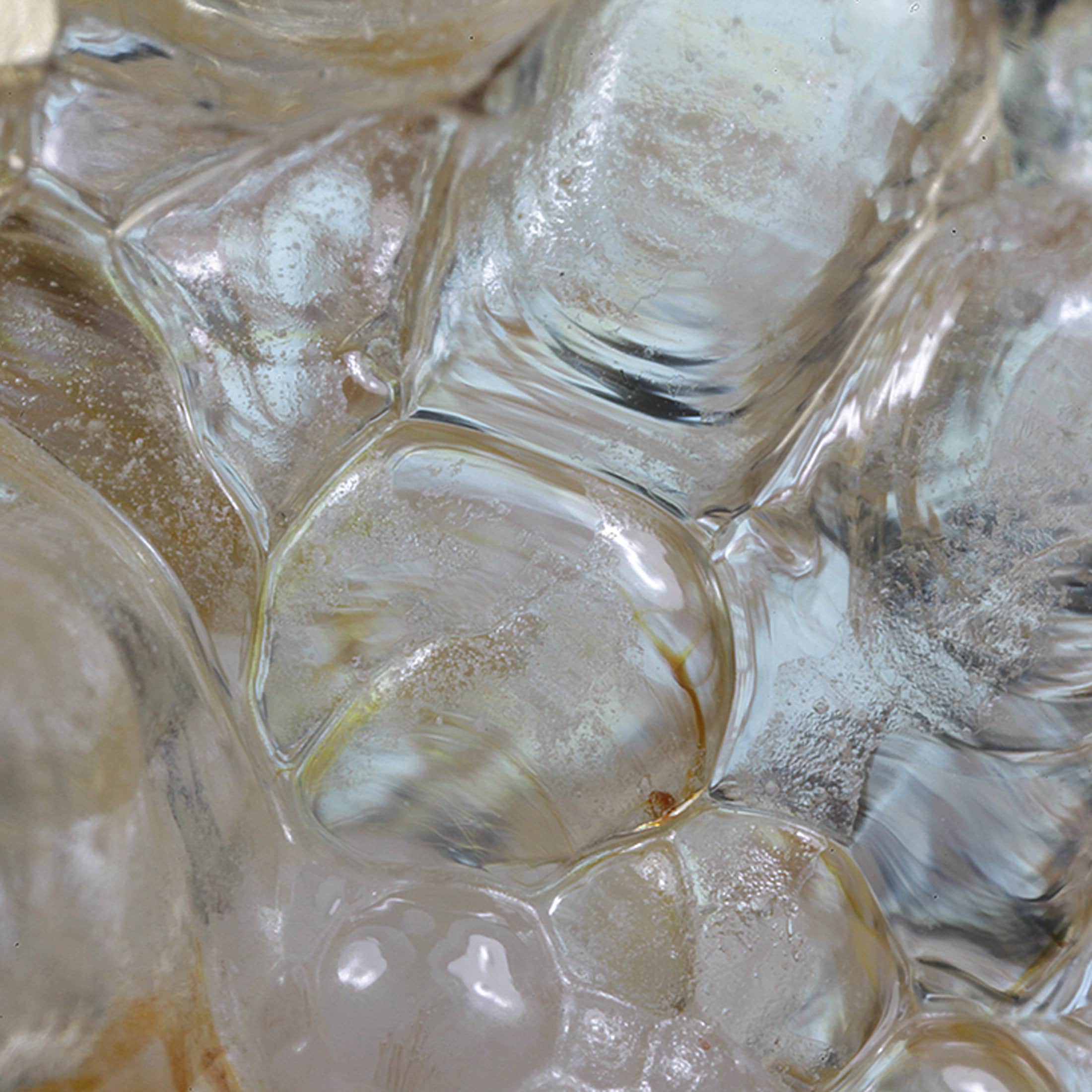 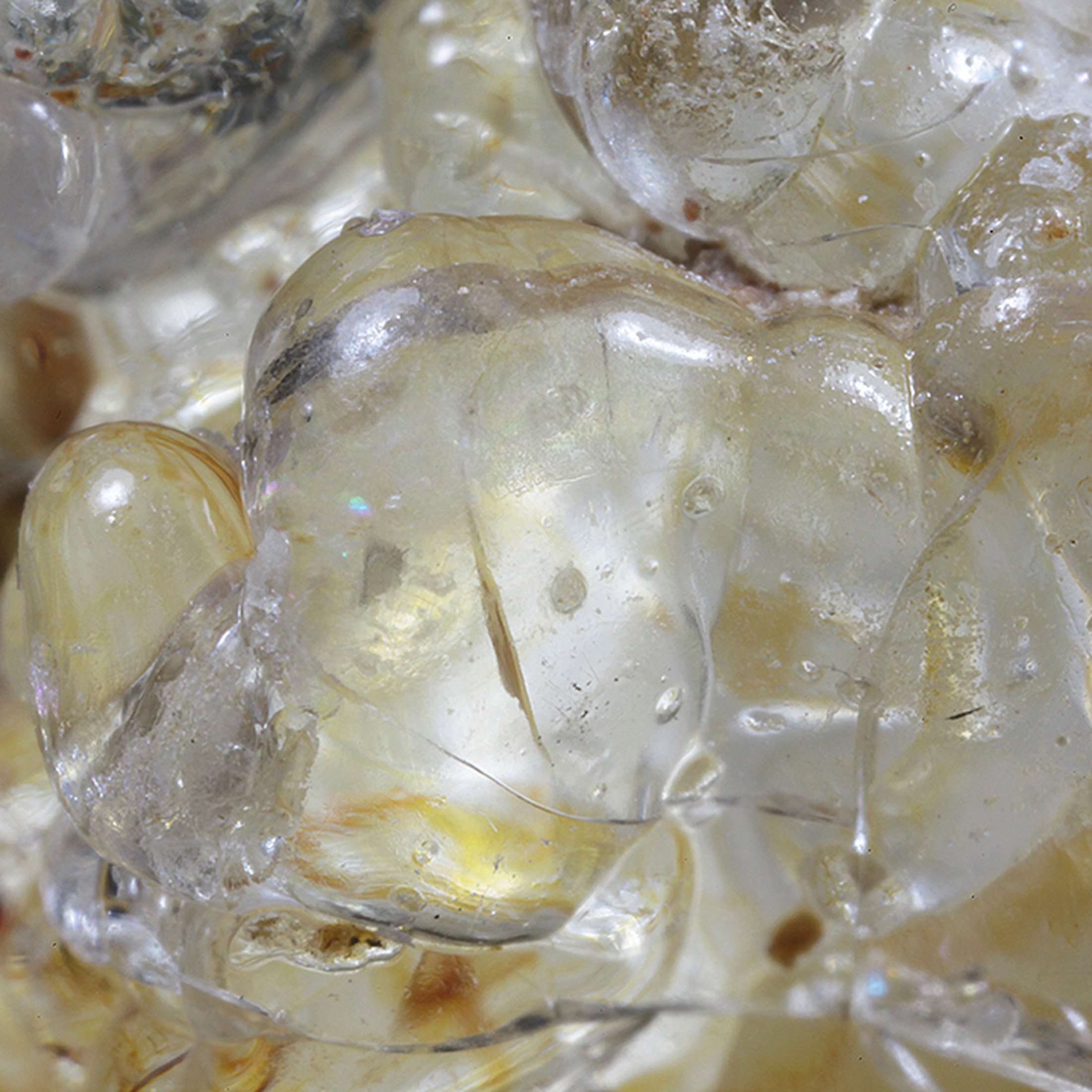 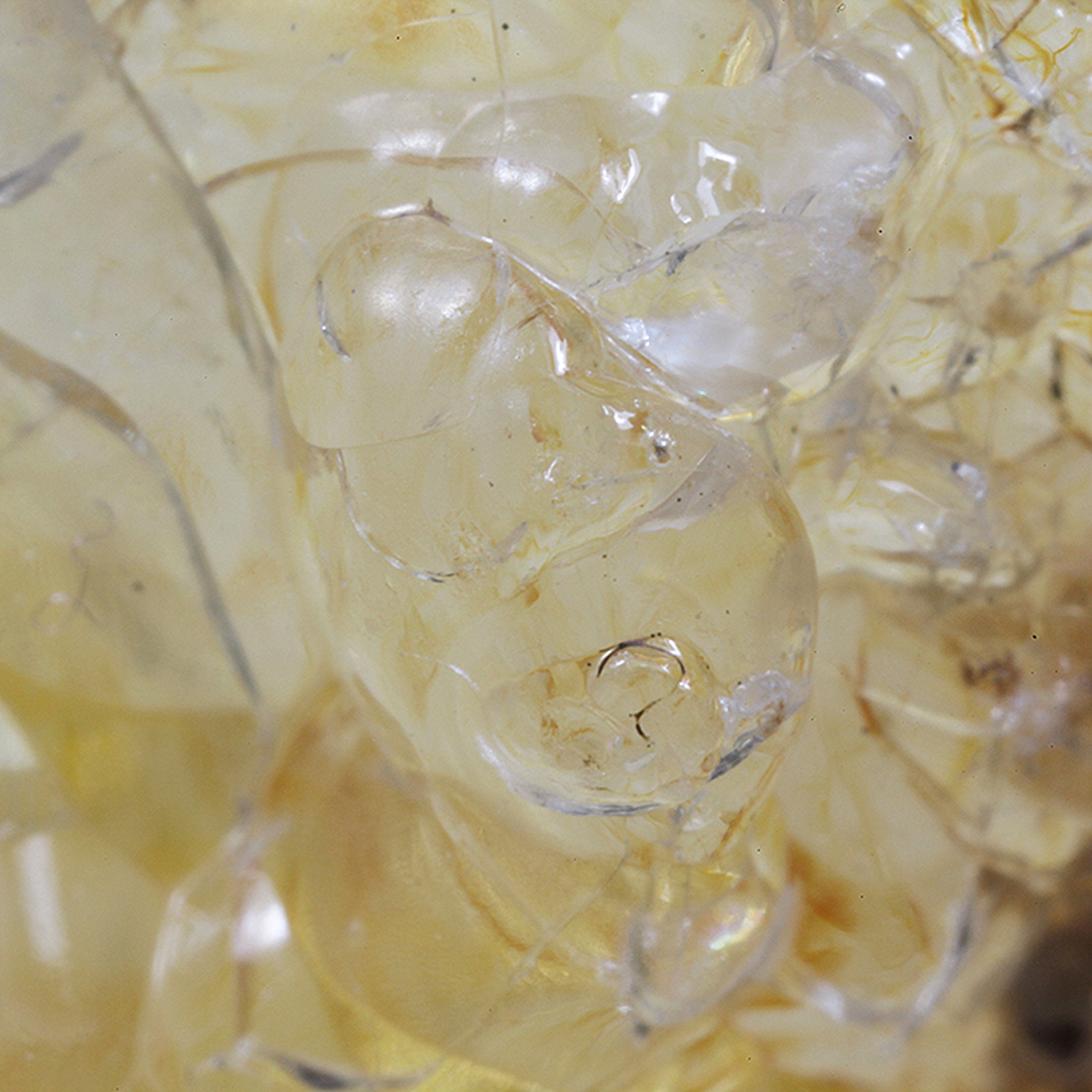 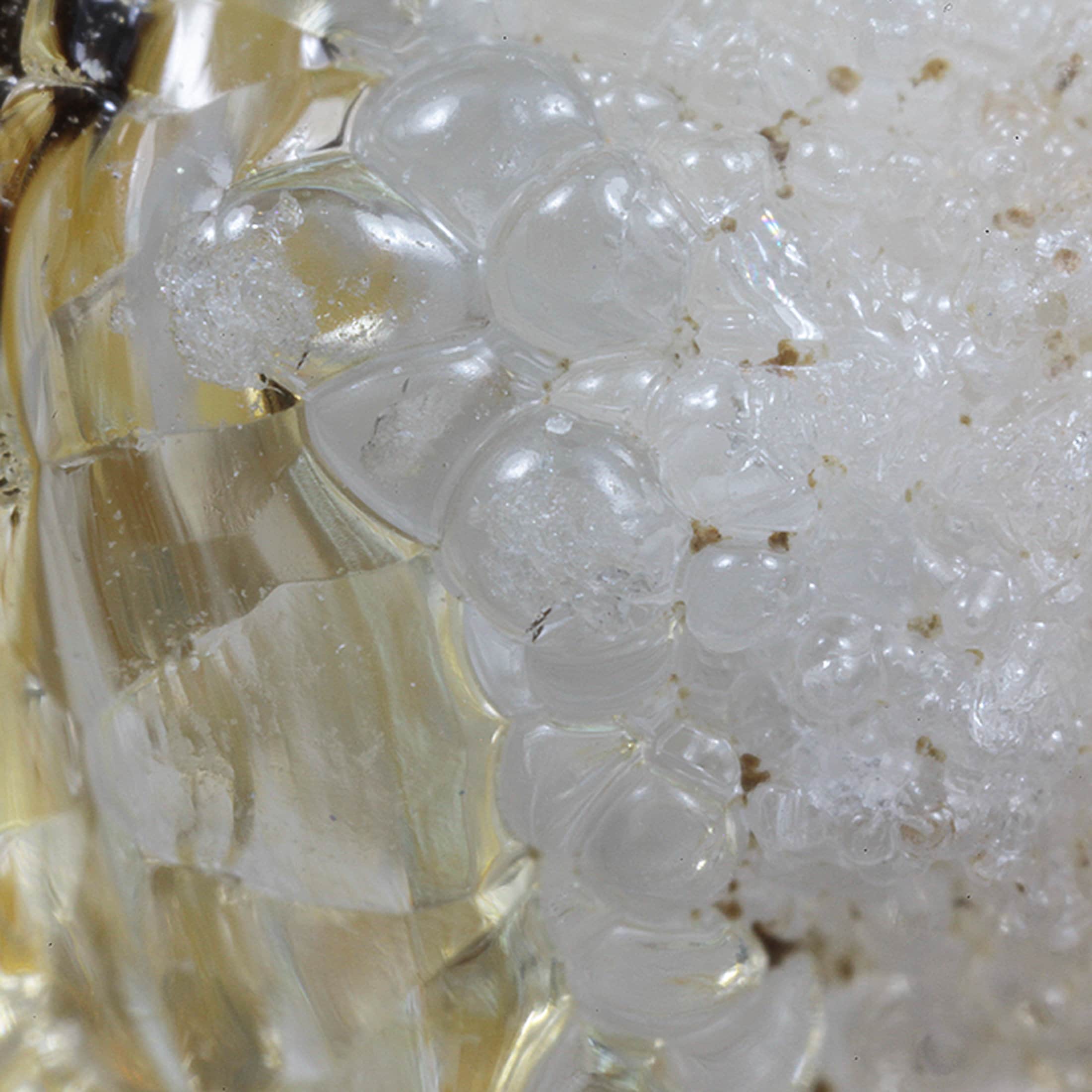 A noteworthy large thumbnail / toenail specimen of this beautiful newly discovered material This has a dramatic formation of Opal with graceful, smooth “ridges” of tightly packed glass-like “beads” of Hyalite which can be seen on all sides of the piece. The specimen doesn’t look like a mineral because of the almost organic nature of its shape. Secondly, the color is very attractrive as it shows the distinctive “Blood Vessel Opal” appearance with small areas of red-orange inclusions of iron oxide which have manifested in thin “capillary”-esque lines below the surface of the Opal. Lastly, there is a small opaque white layer of Precious Opal that can be seen in the center and back of the piece giving it a pleasing overall presence. This one is lovely and eye-catching, and a nearly damage free all the way around. One could display the piece from a few angles as well. A tiny bit of attached matrix at the base makes for a great touch as well.