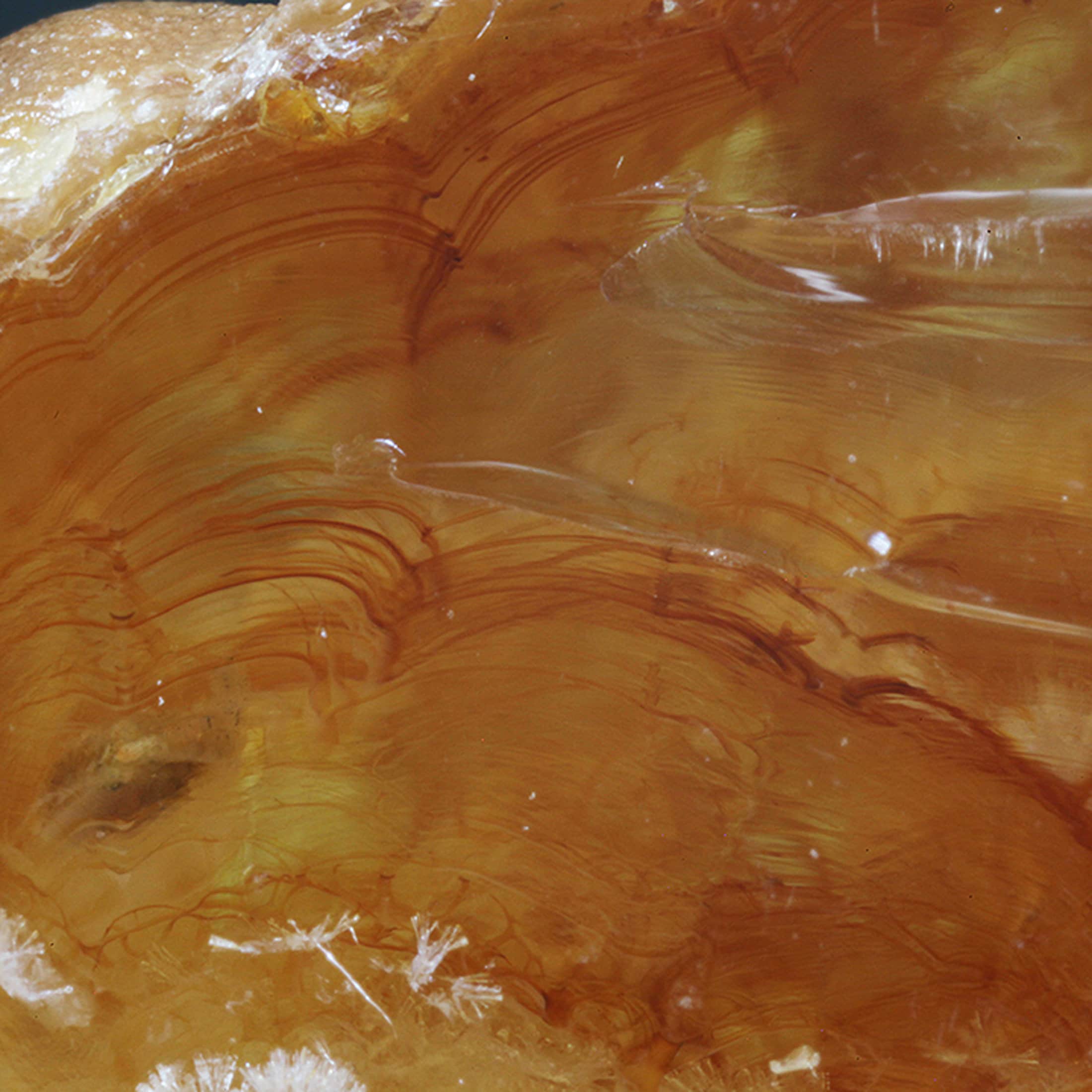 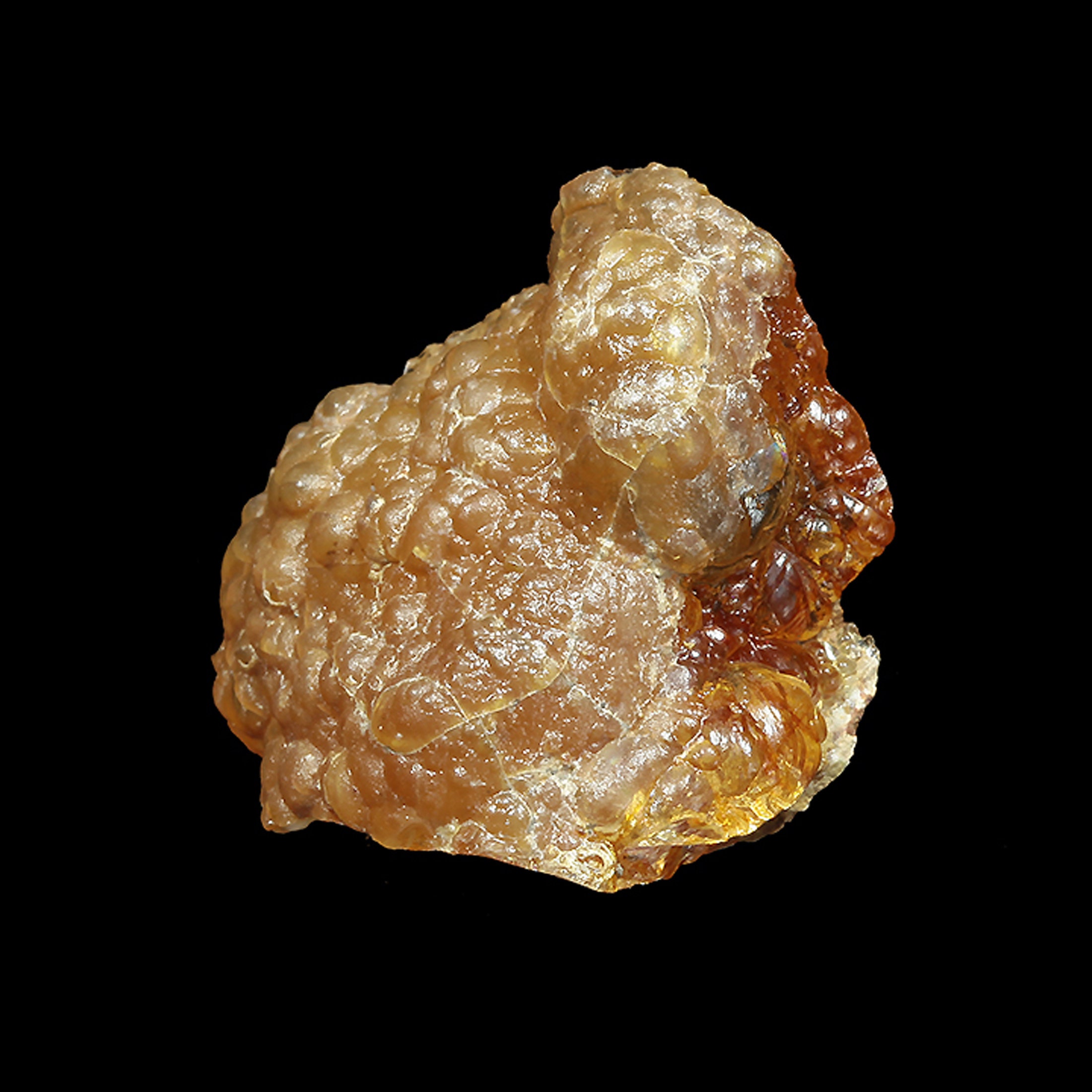 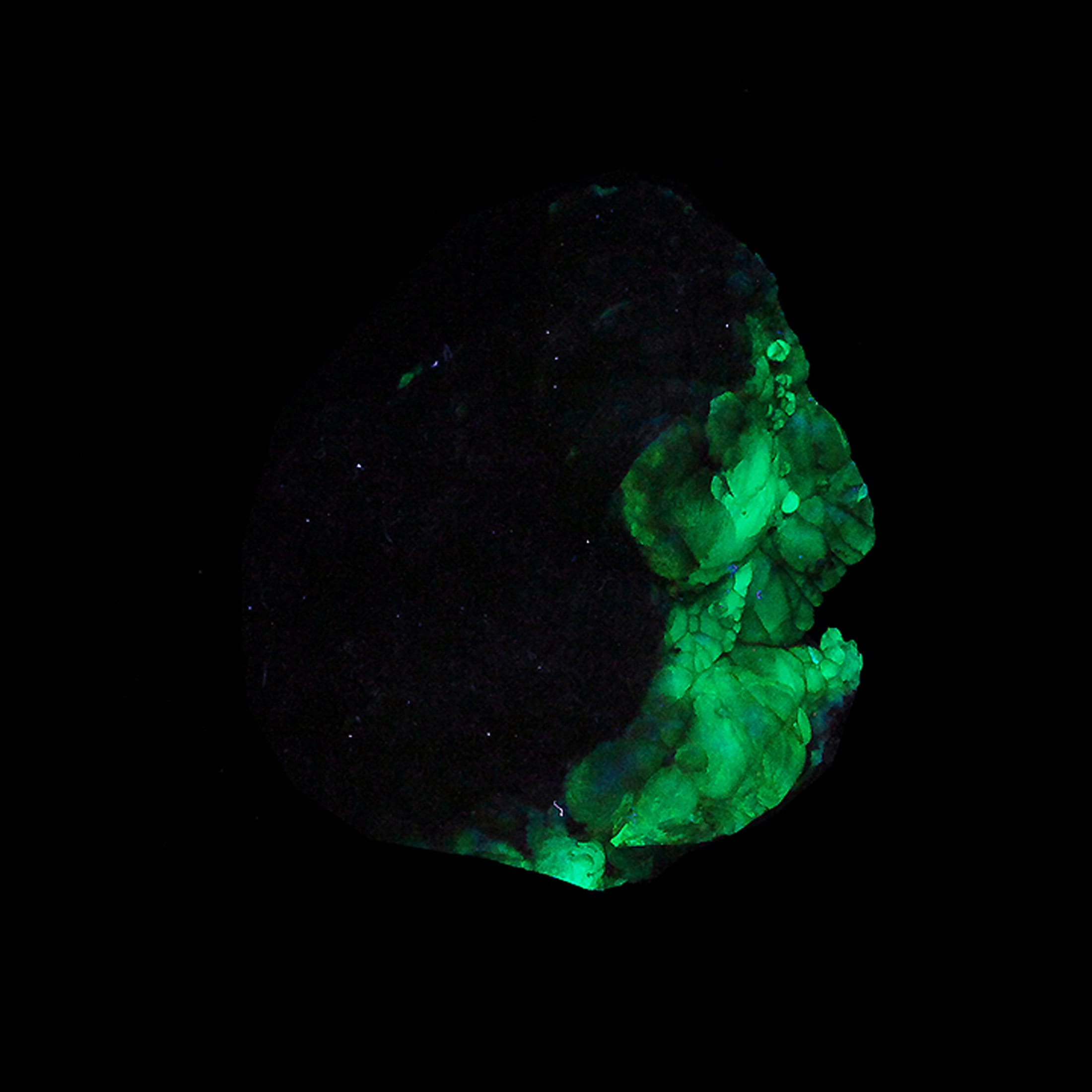 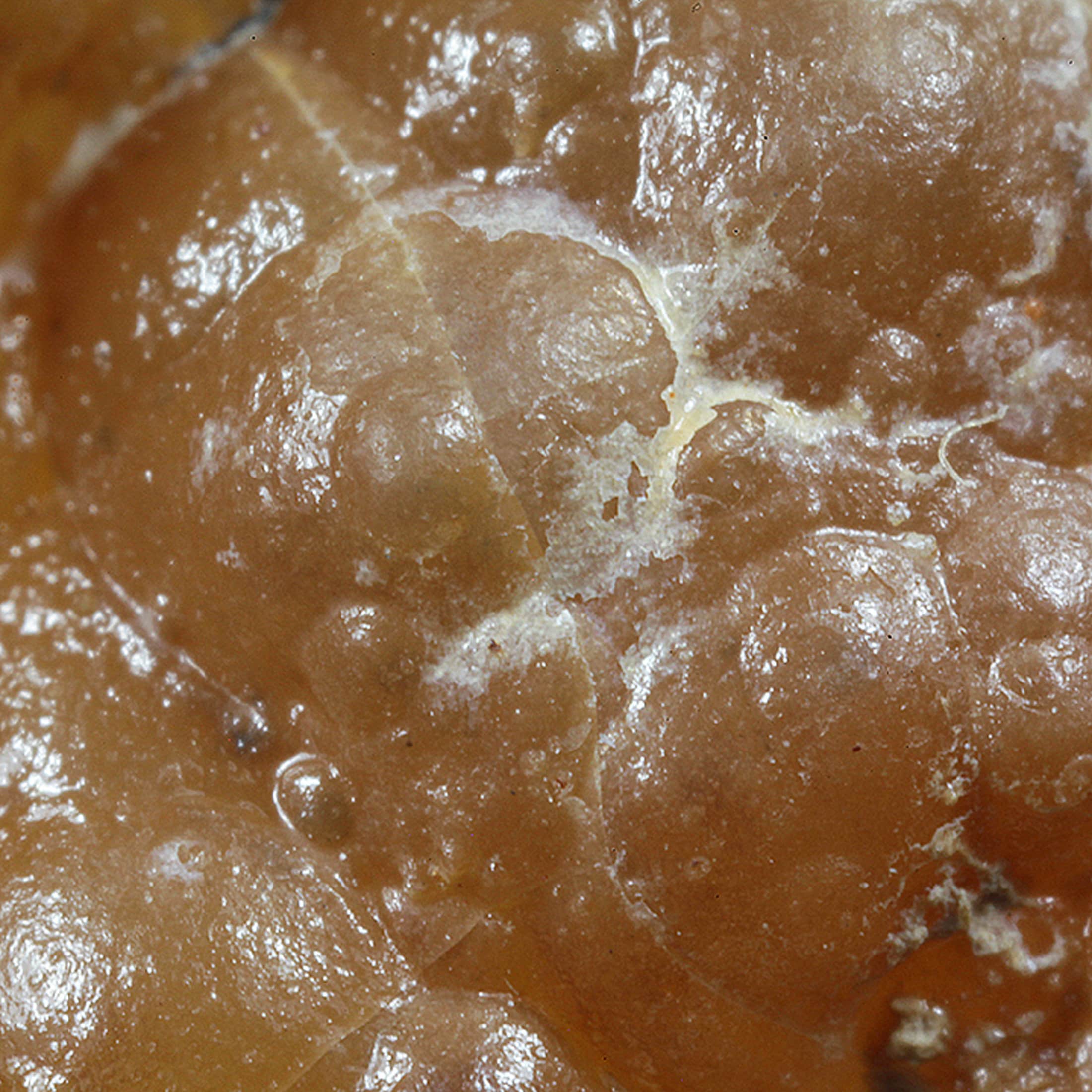 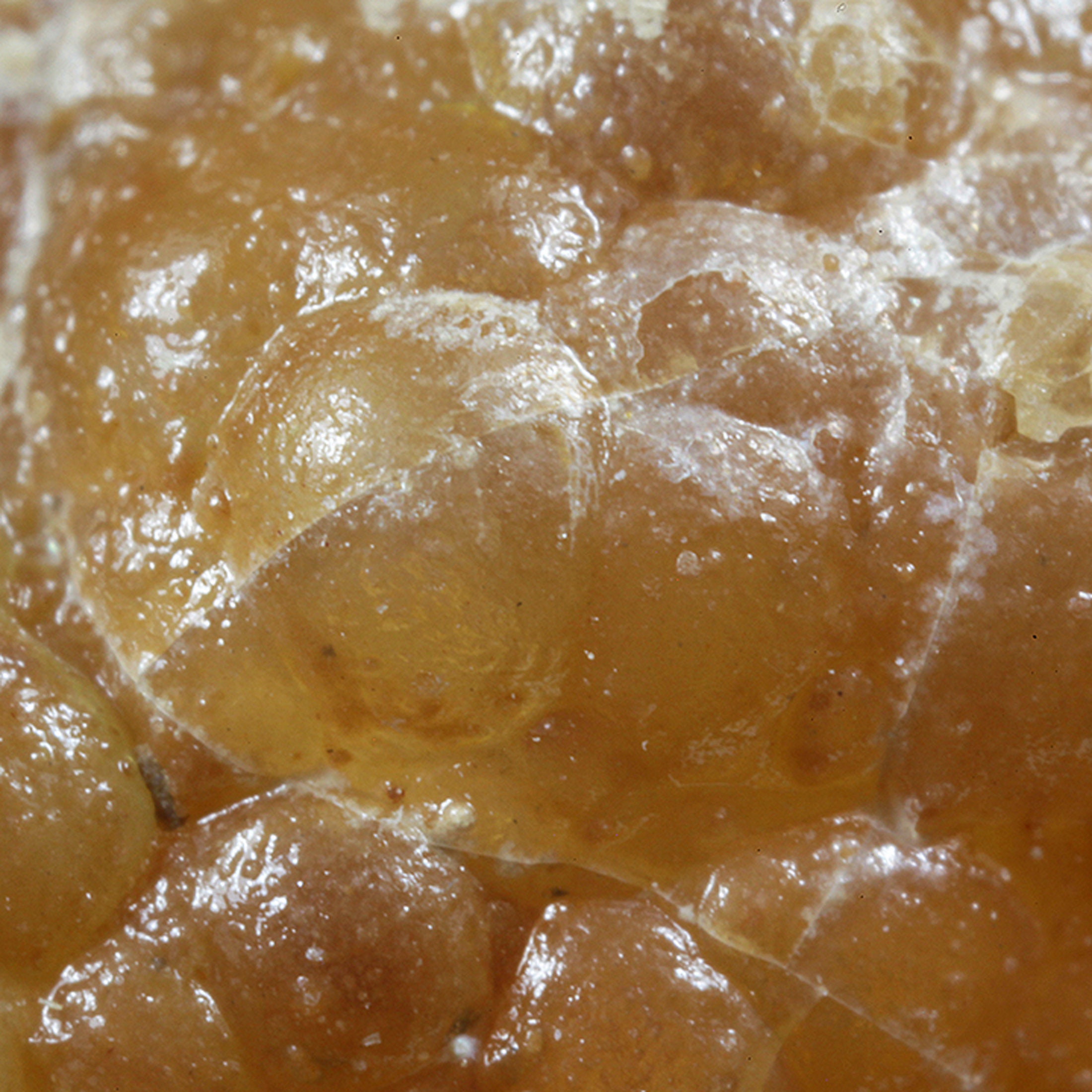 A thumbnail sized specimen of spherical “bead”-like Hyalite Opal with strong orange coloring caused by inclusions of iron oxide. The material has been nicknamed “Blood Vessel Opal” due to the thin lines created by the inclusions near the surface of the spheres. The reverse side of the specimen is contacted, but the unique appearance and coloring makes it’s a fairly priced for the size.