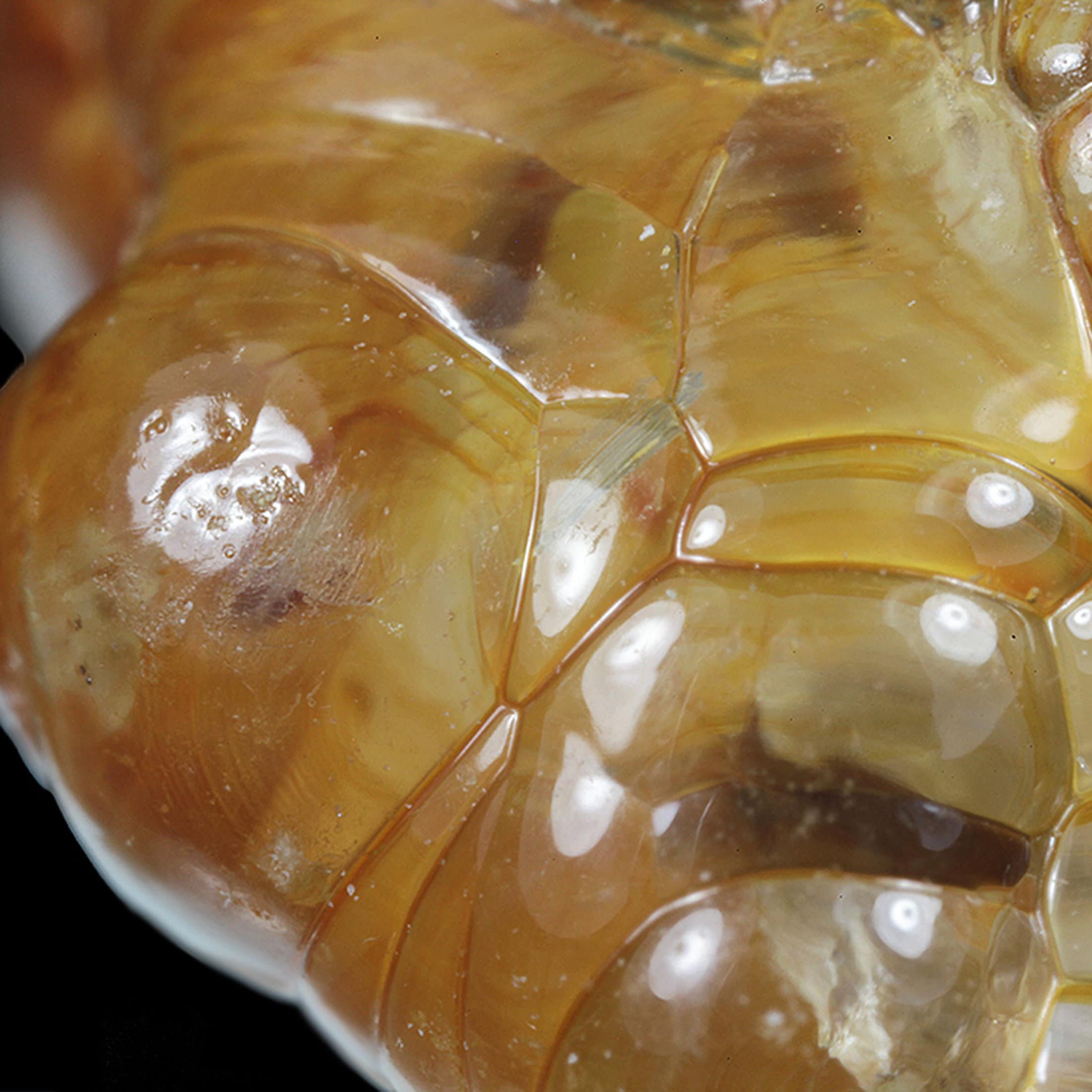 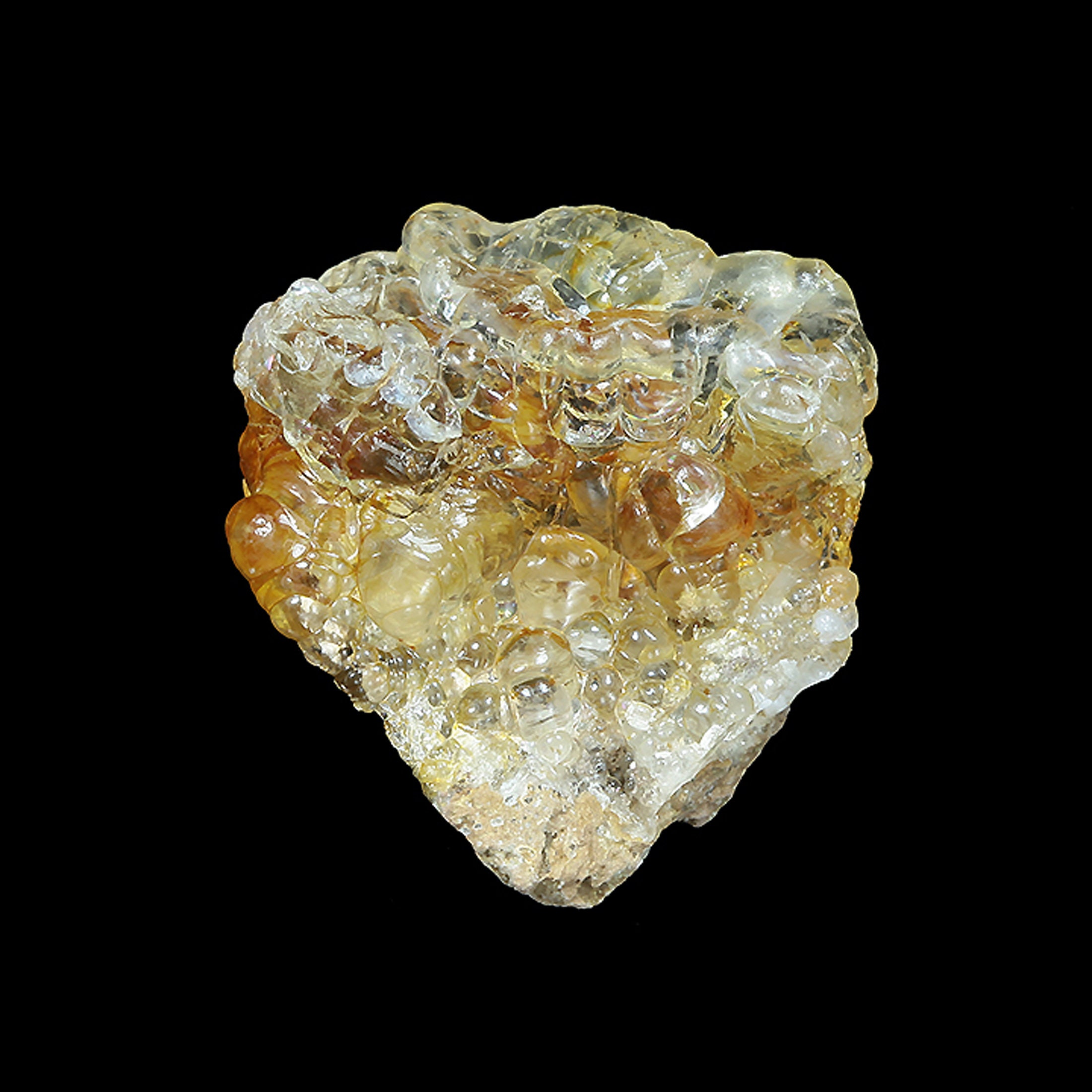 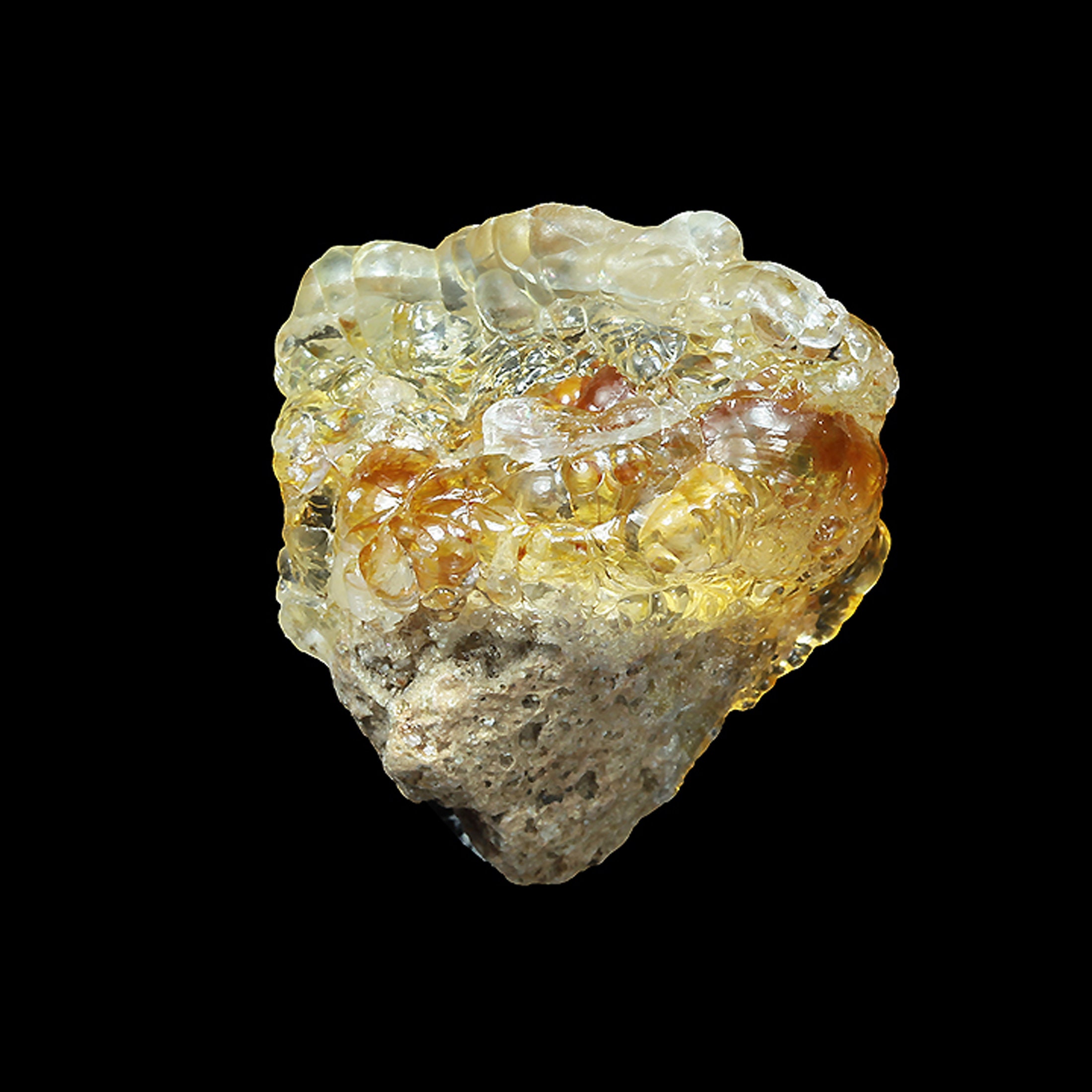 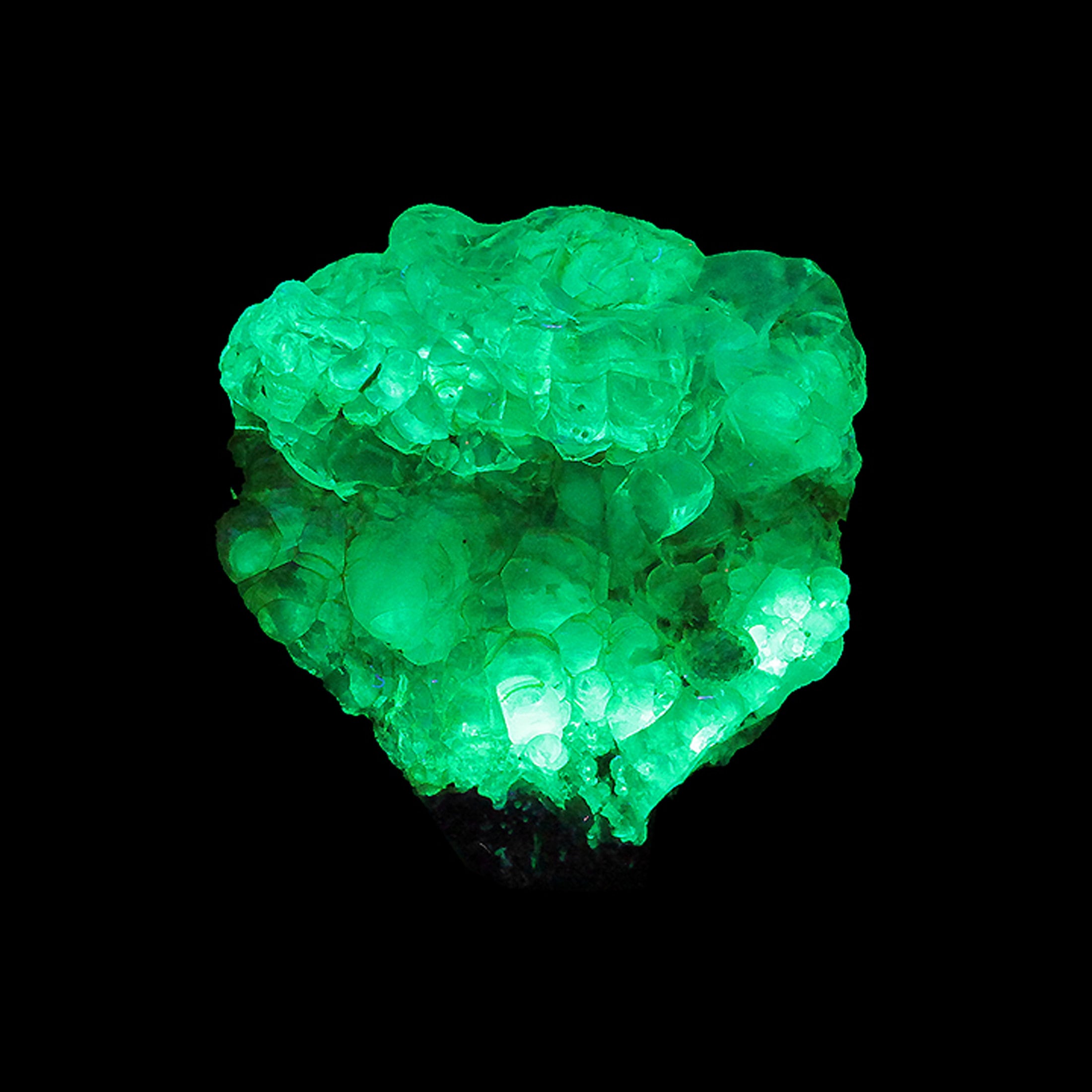 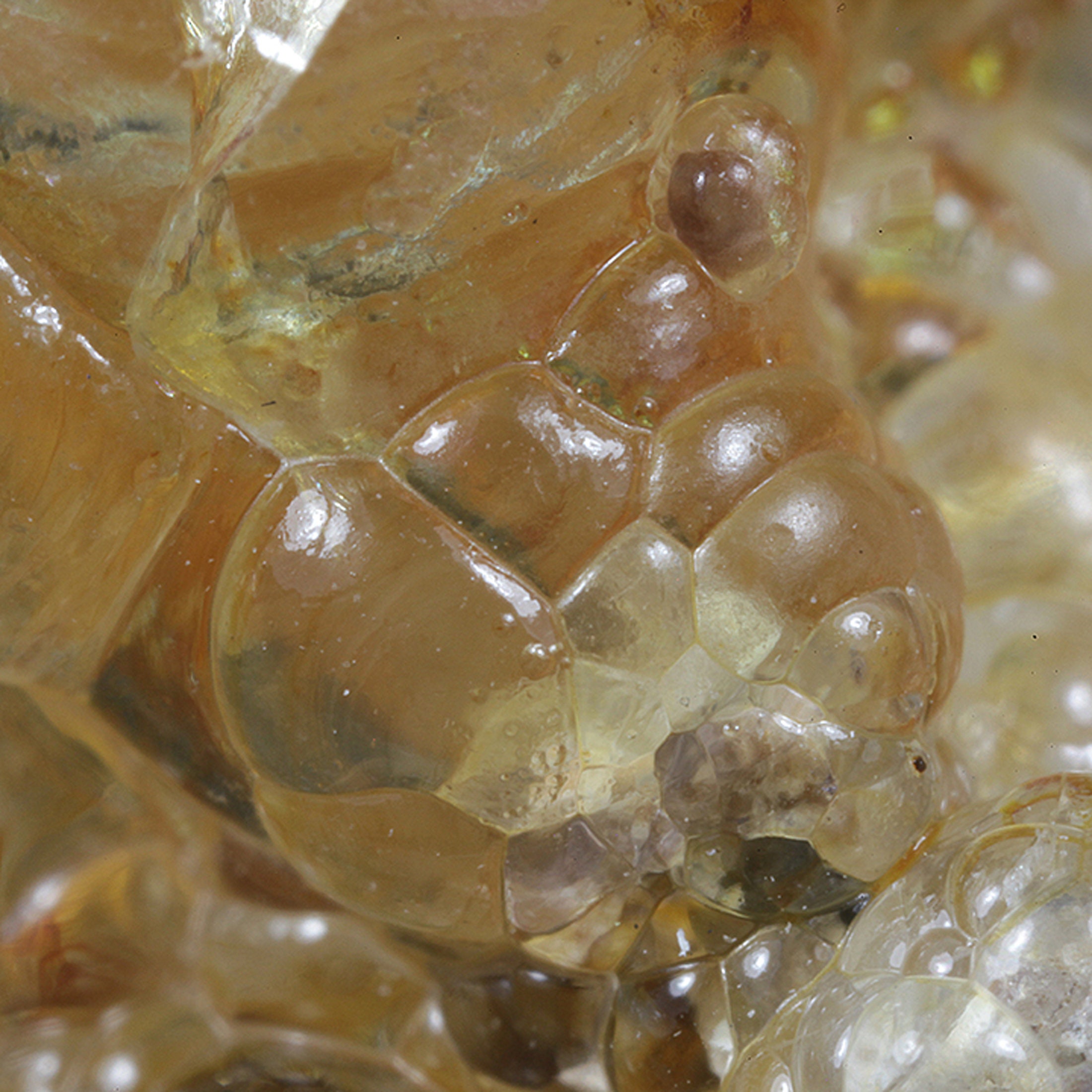 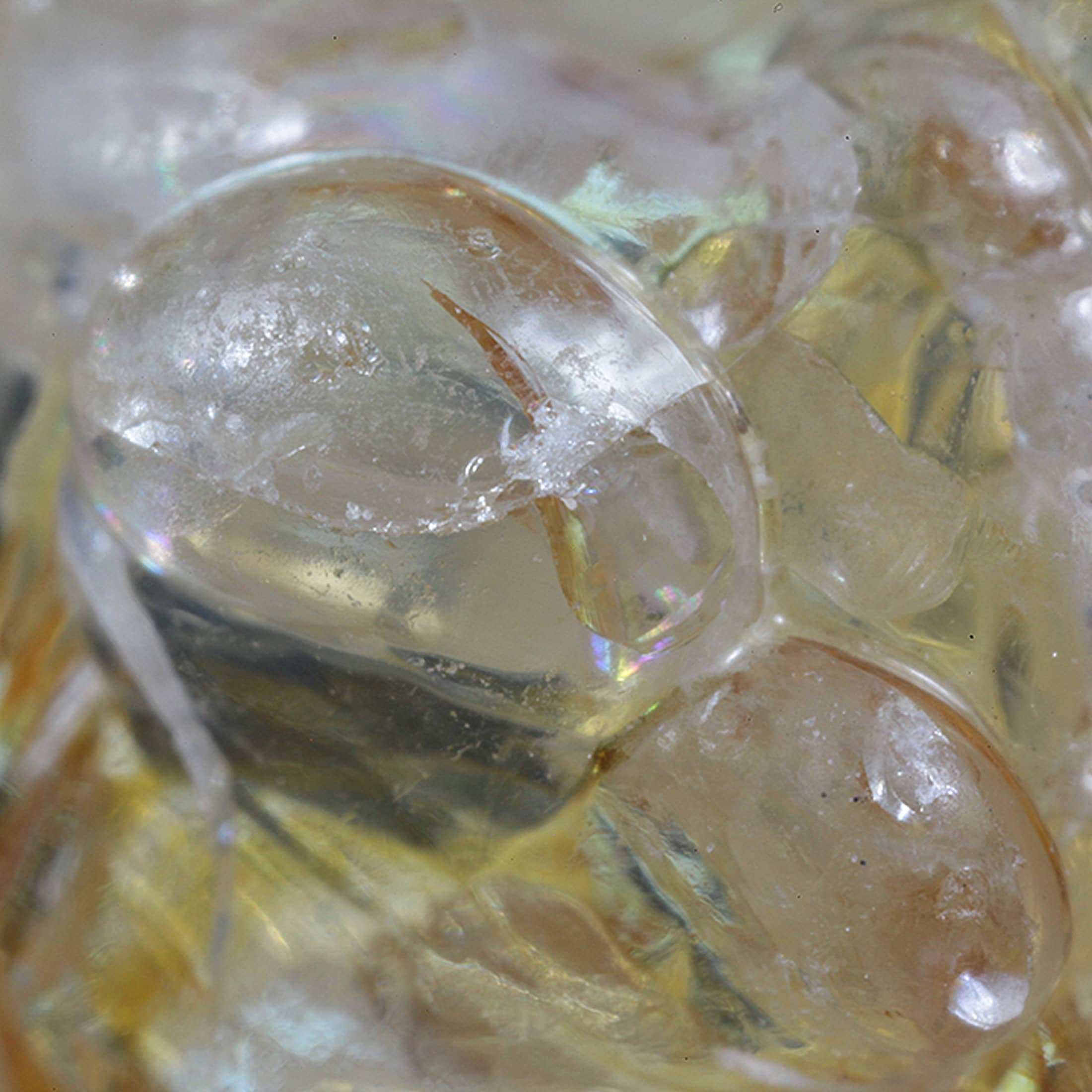 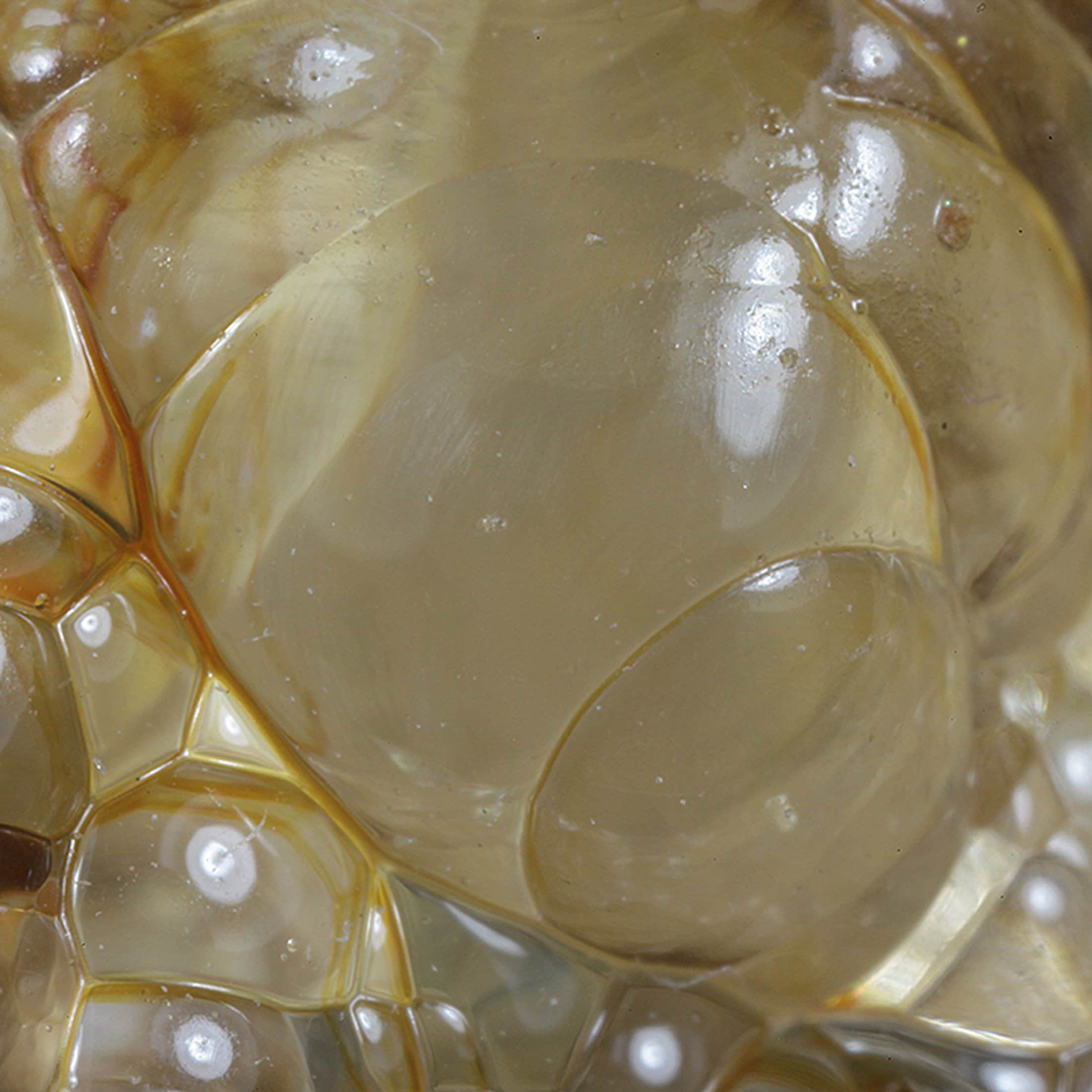 One of the most lustrous pieces in the update. Highly glassy “beads” of gemmy, orange to nearly colorless Hyalite / “Blood Vessel” Opal from this new find in San Luis Potosi, Mexico. The inclusions are created by iron oxide, and give the piece wonderfully strong red-orange coloration and thin “capillary”-like lines where the nickname “Blood Vessel Opal” comes from. A tiny bit of attached matrix makes for a great overall piece, and a worthwhile pickup for anybody interested in the material.