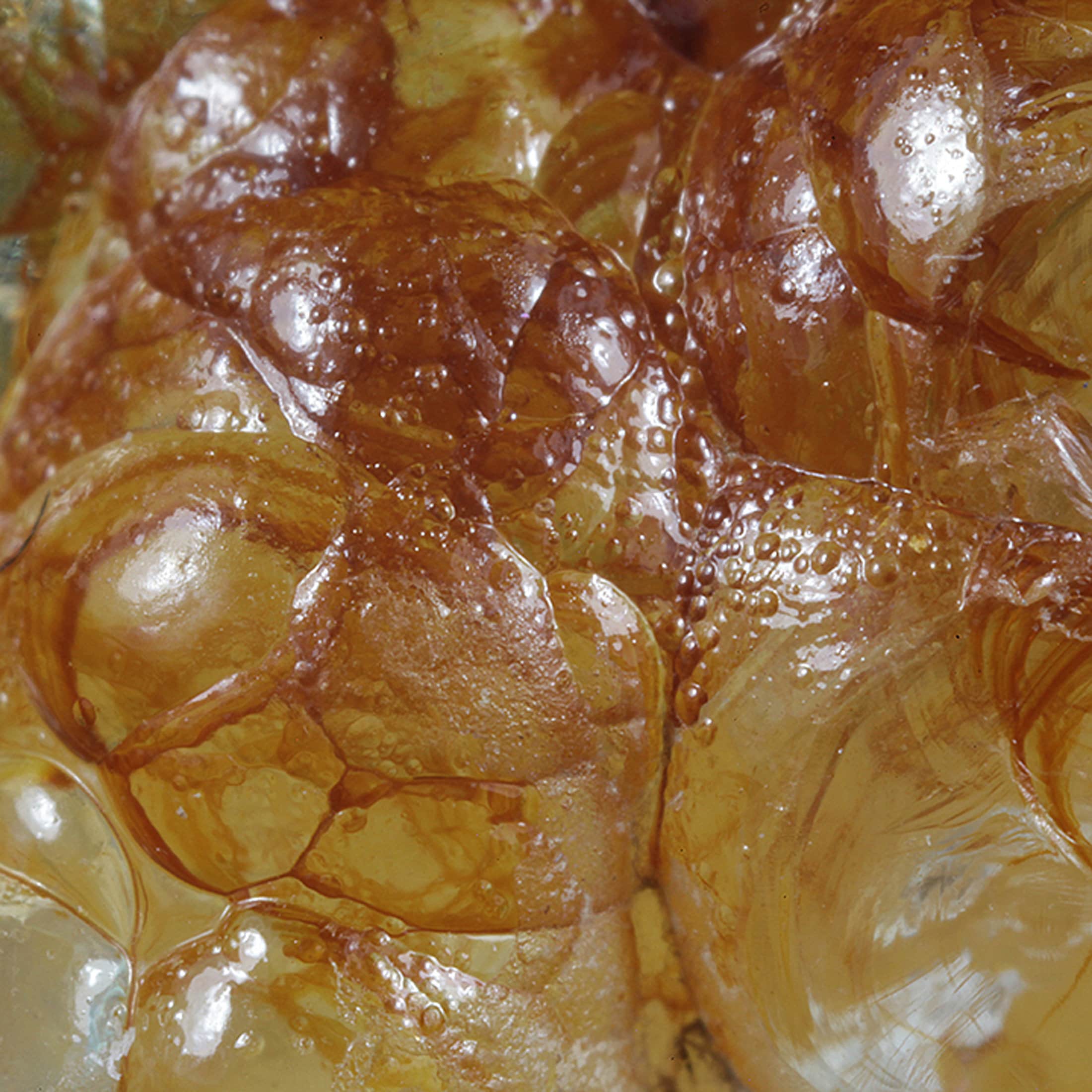 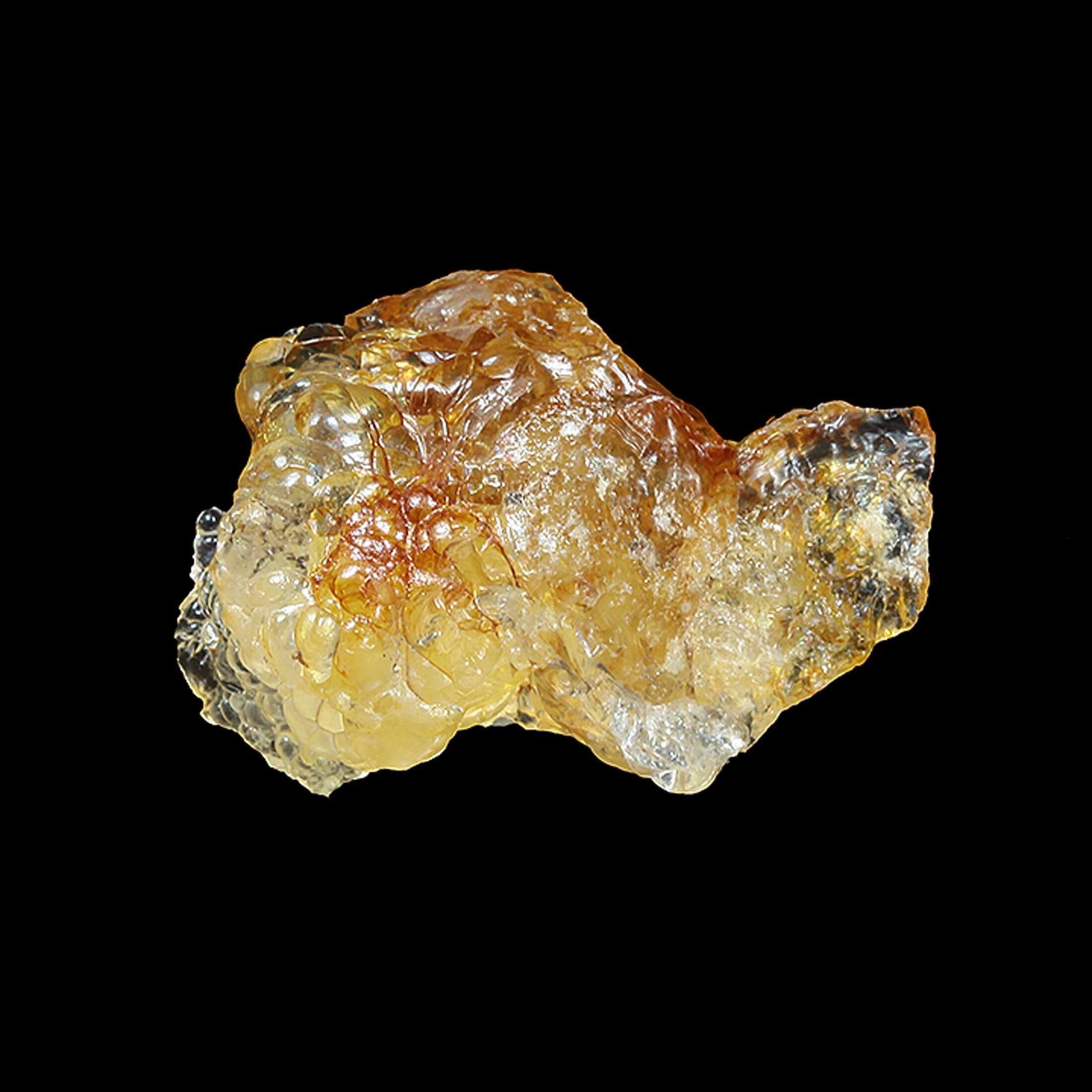 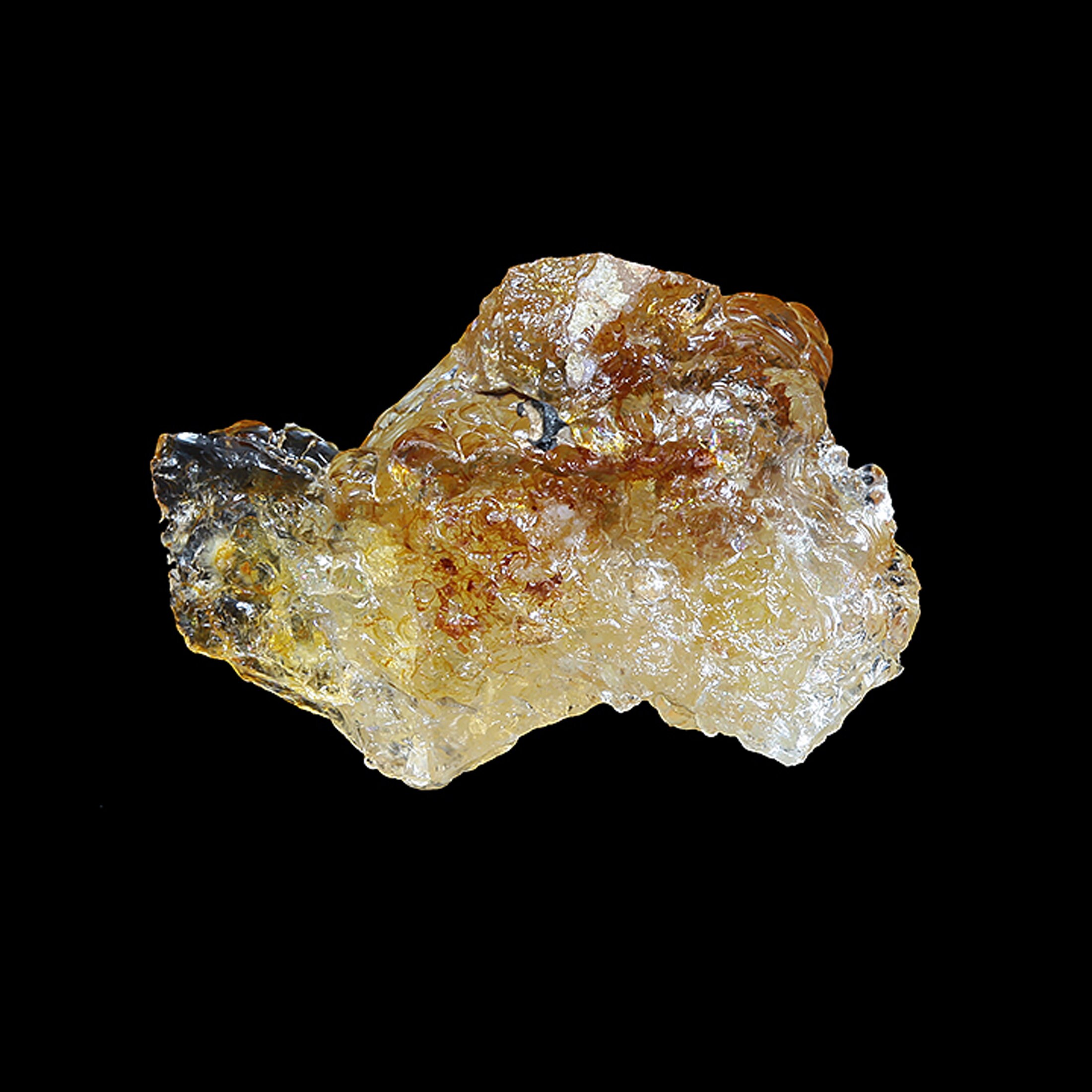 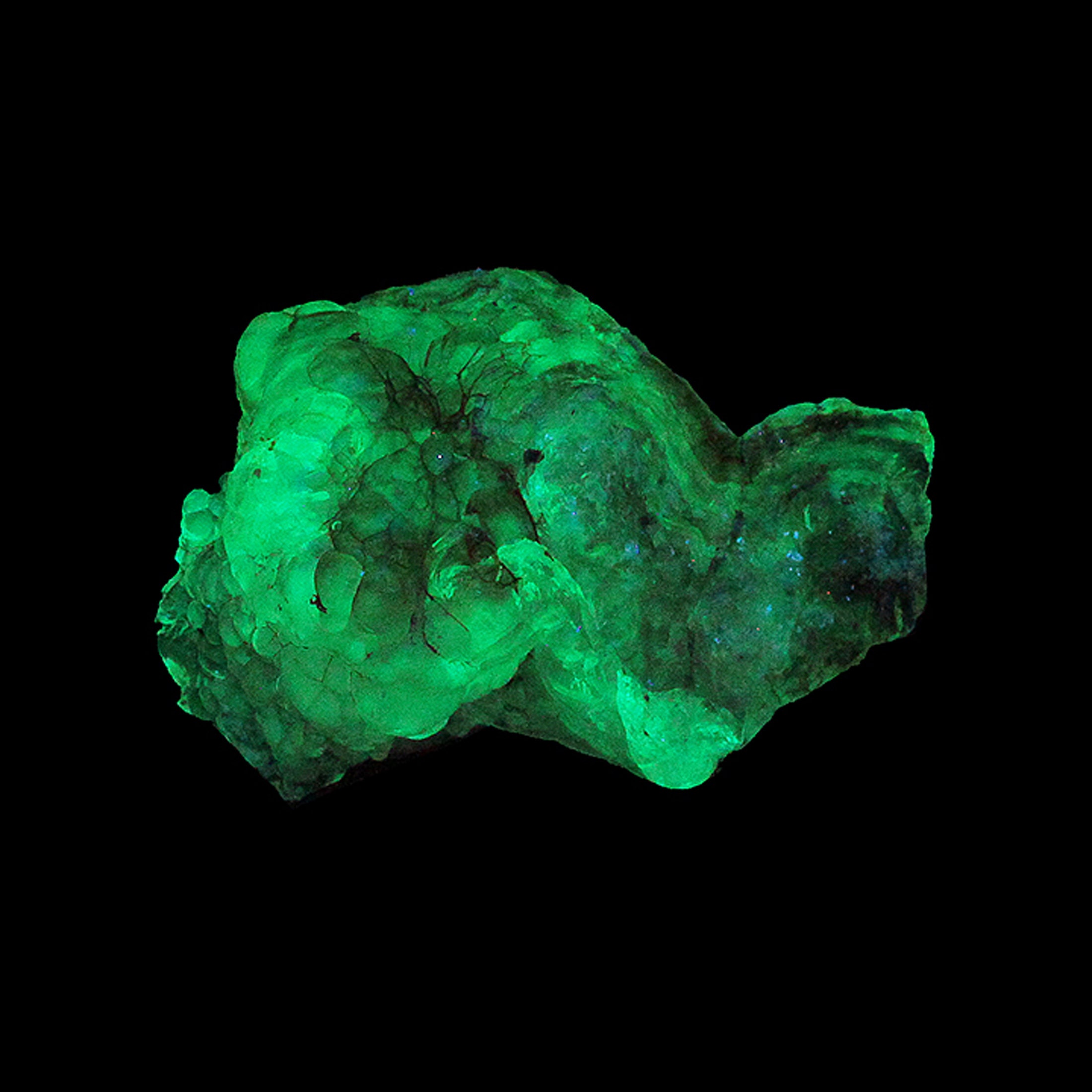 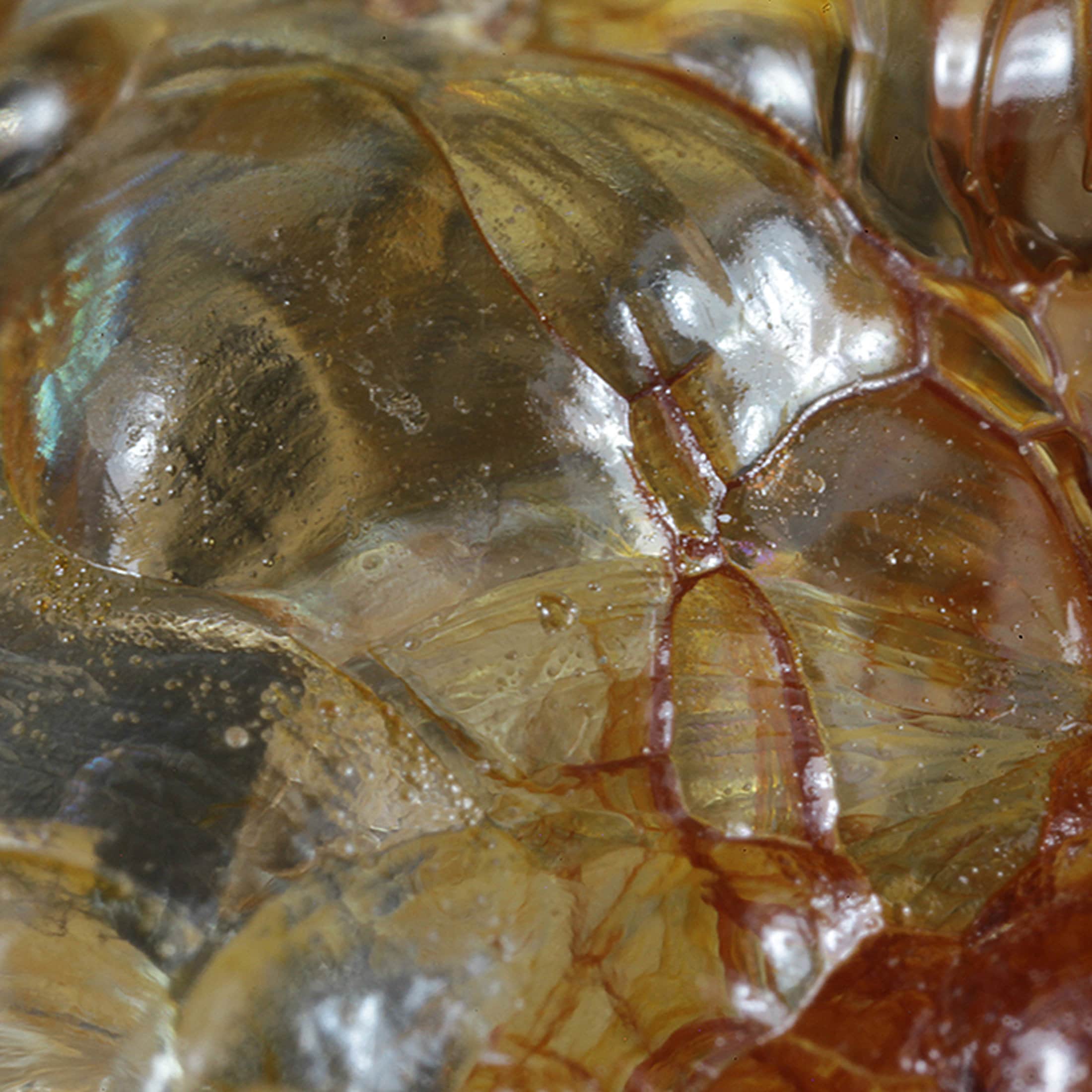 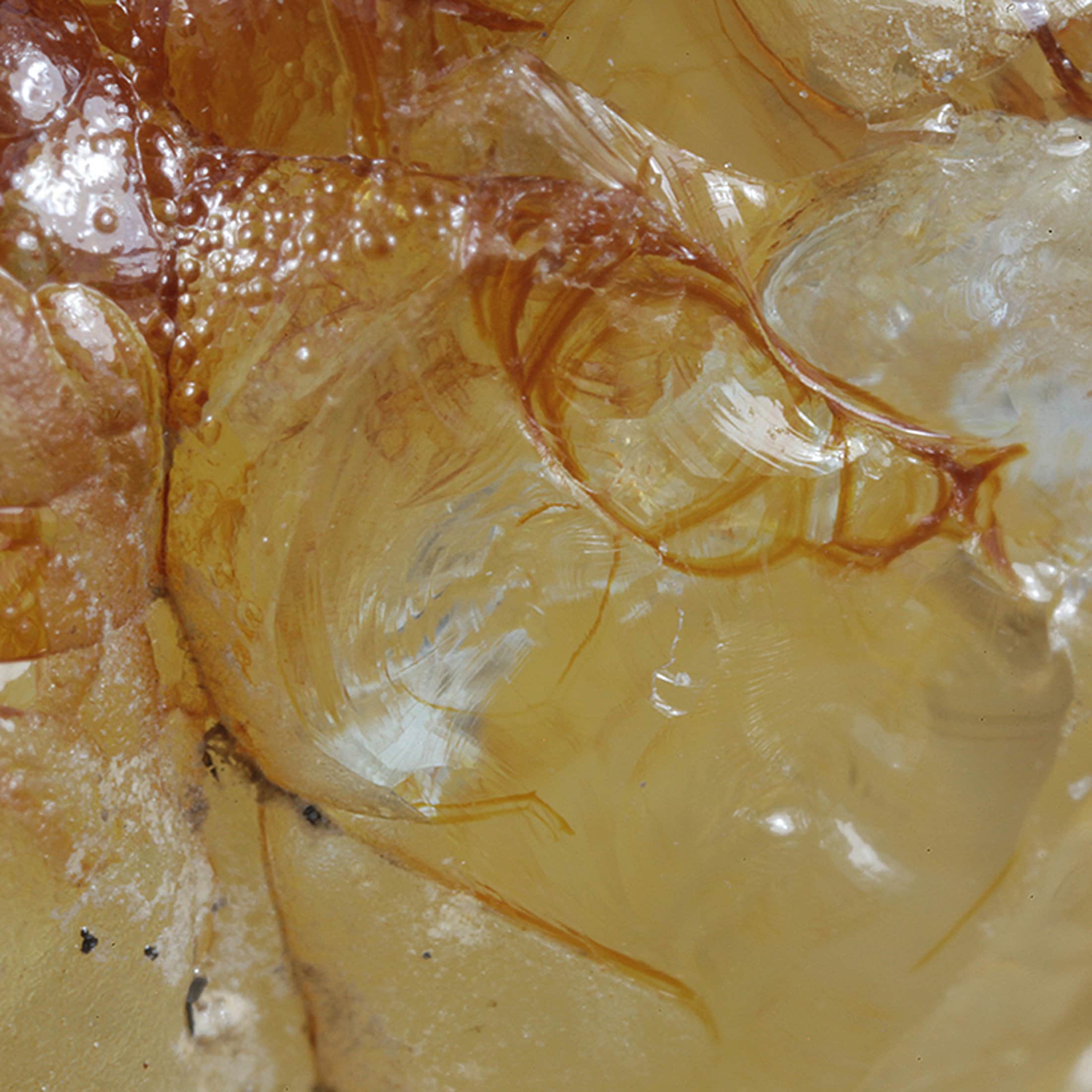 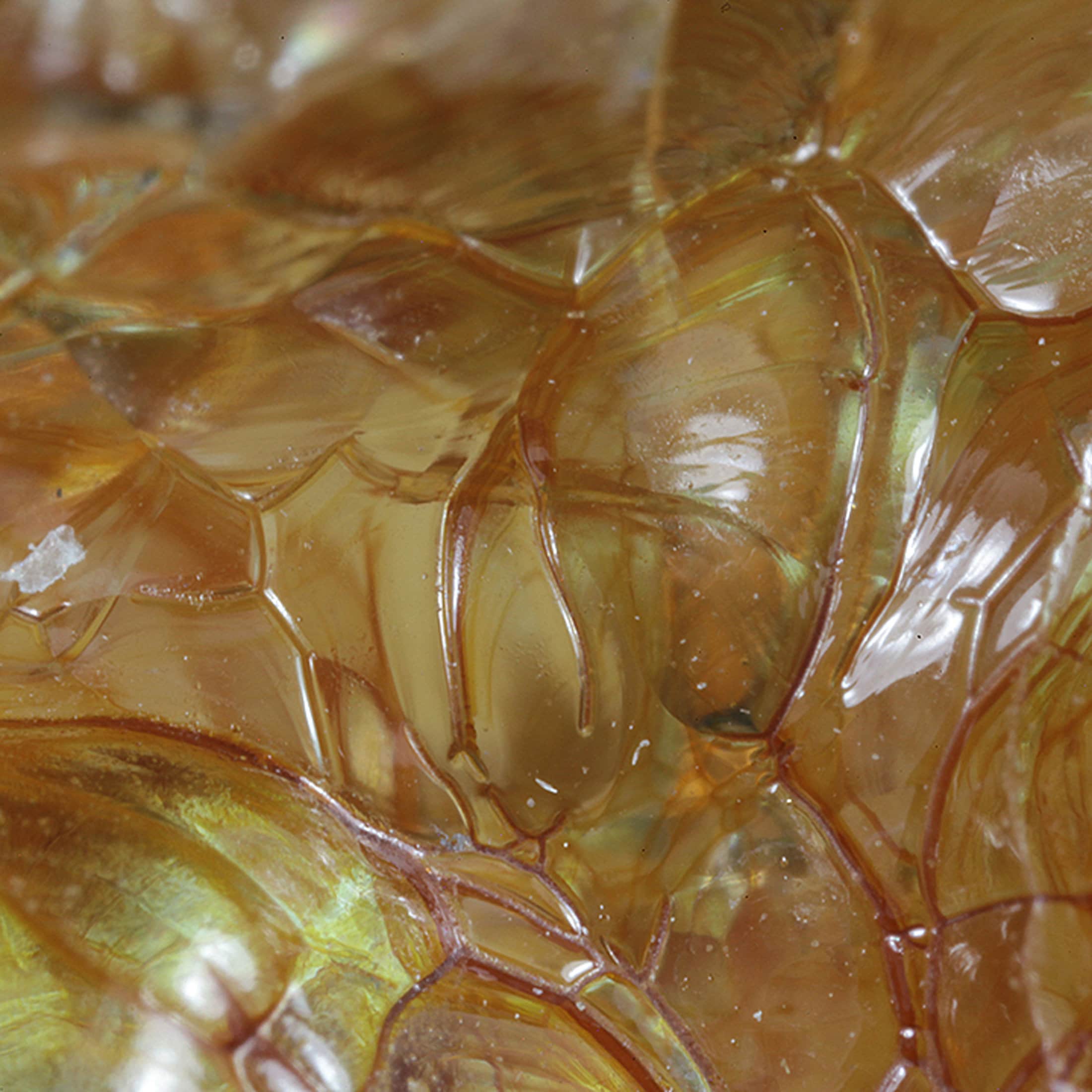 A thumbnail sized specimen of spherical “bead”-like Hyalite Opal with strong orange coloring caused by inclusions of iron oxide. The material has been nicknamed “Blood Vessel Opal” due to the thin lines created by the inclusions near the surface of the spheres. Though lustrous and gemmy, the piece does have a bit of damage on both sides, hence the reduced price.