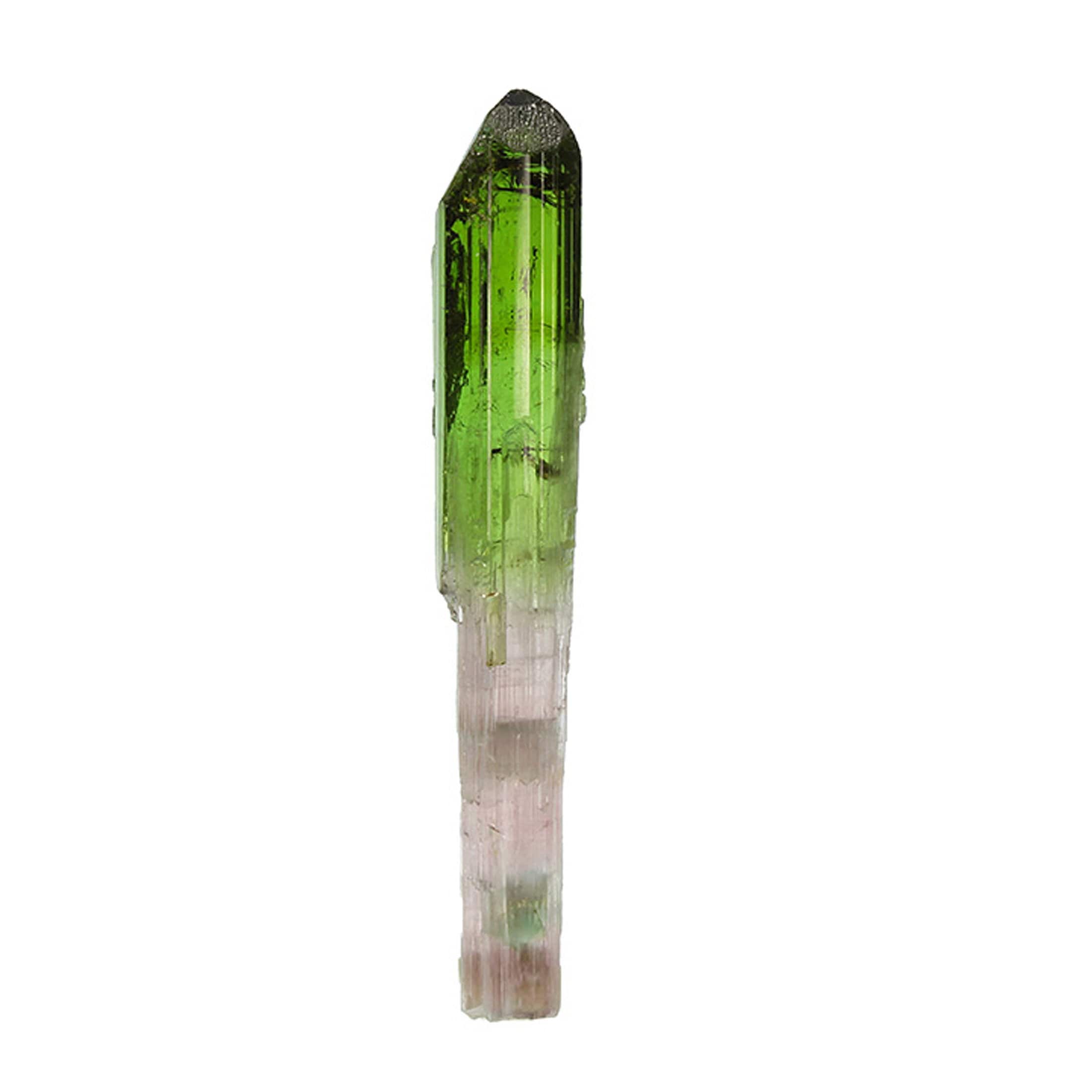 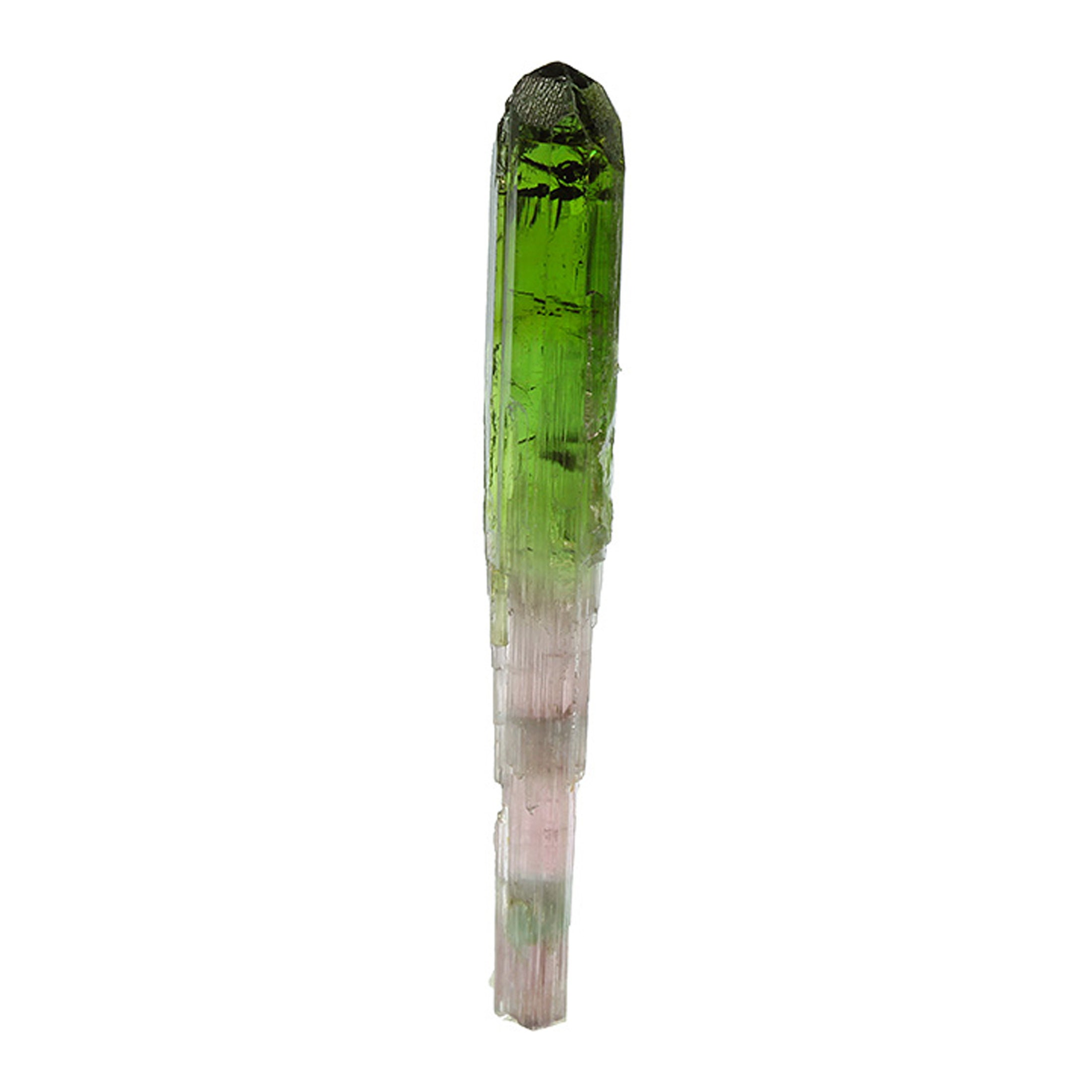 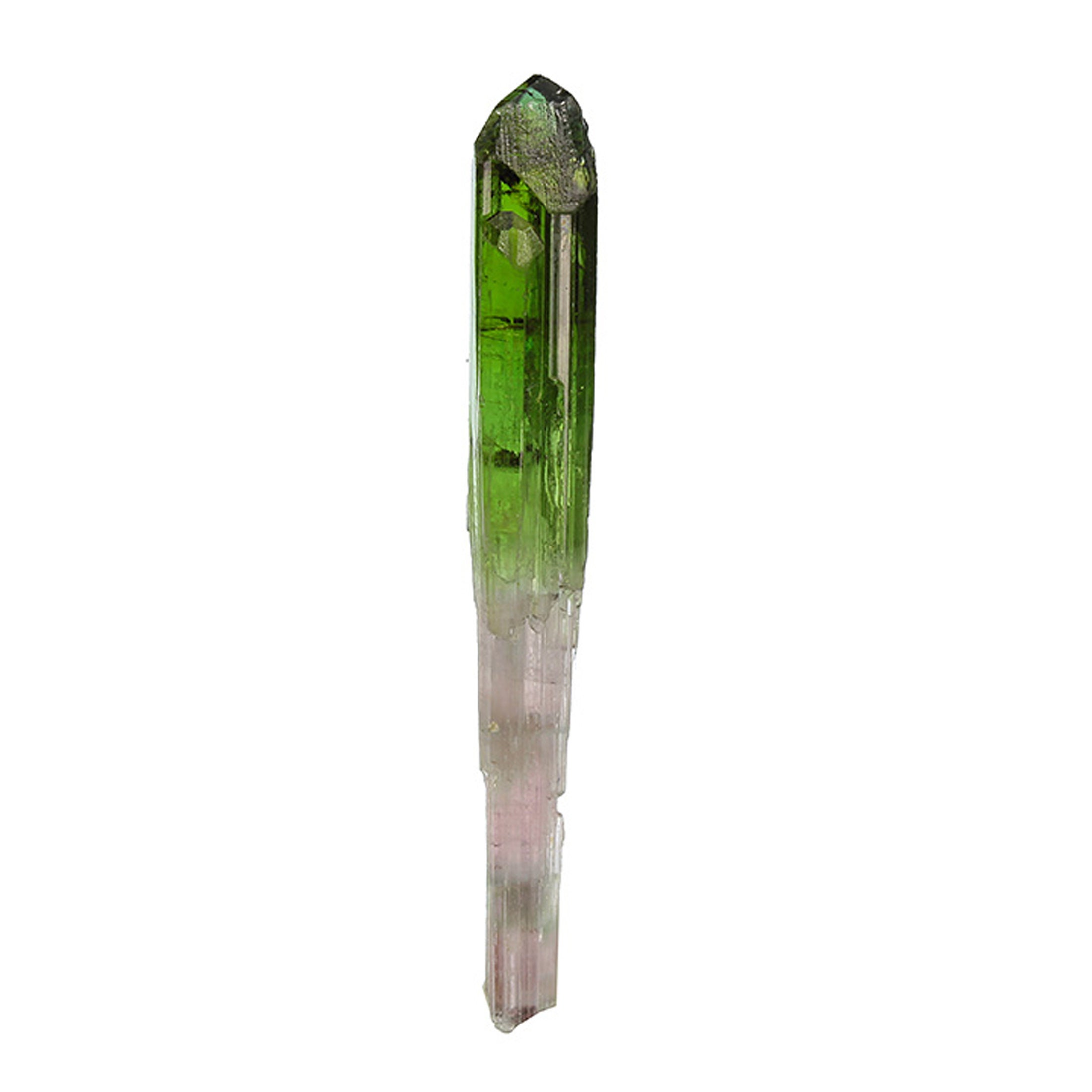 A classic “scepter” habit bicolor Tourmaline from what is the world’s most well known locality for this specific material. When one thinks of scepter Tourmalines, most people immediately think of Barra de Salinas, and this locality has been providing the mineral world with these attractive and unique crystals for decades. This attractive small cabinet specimen was acquired by my father in the early 1970s in Brazil – most likely either 1973 or 1974 – and I only recently discovered it in a small box of things he had “stashed away” in the vault. The piece is a fine, sharp, gemmy, lustrous, GEM quality green and “cat’s eye” pink bicolor group with the renowned tapered scepter habit. It’s nearly doubly-terminated, but a small contact at the base keeps it from being a complete floater. Overall, a very attractive example of these showy and interesting specimens, which actually formed in stages during period of hydrothermal etching to create the thin base with the thicker scepter cap on top.