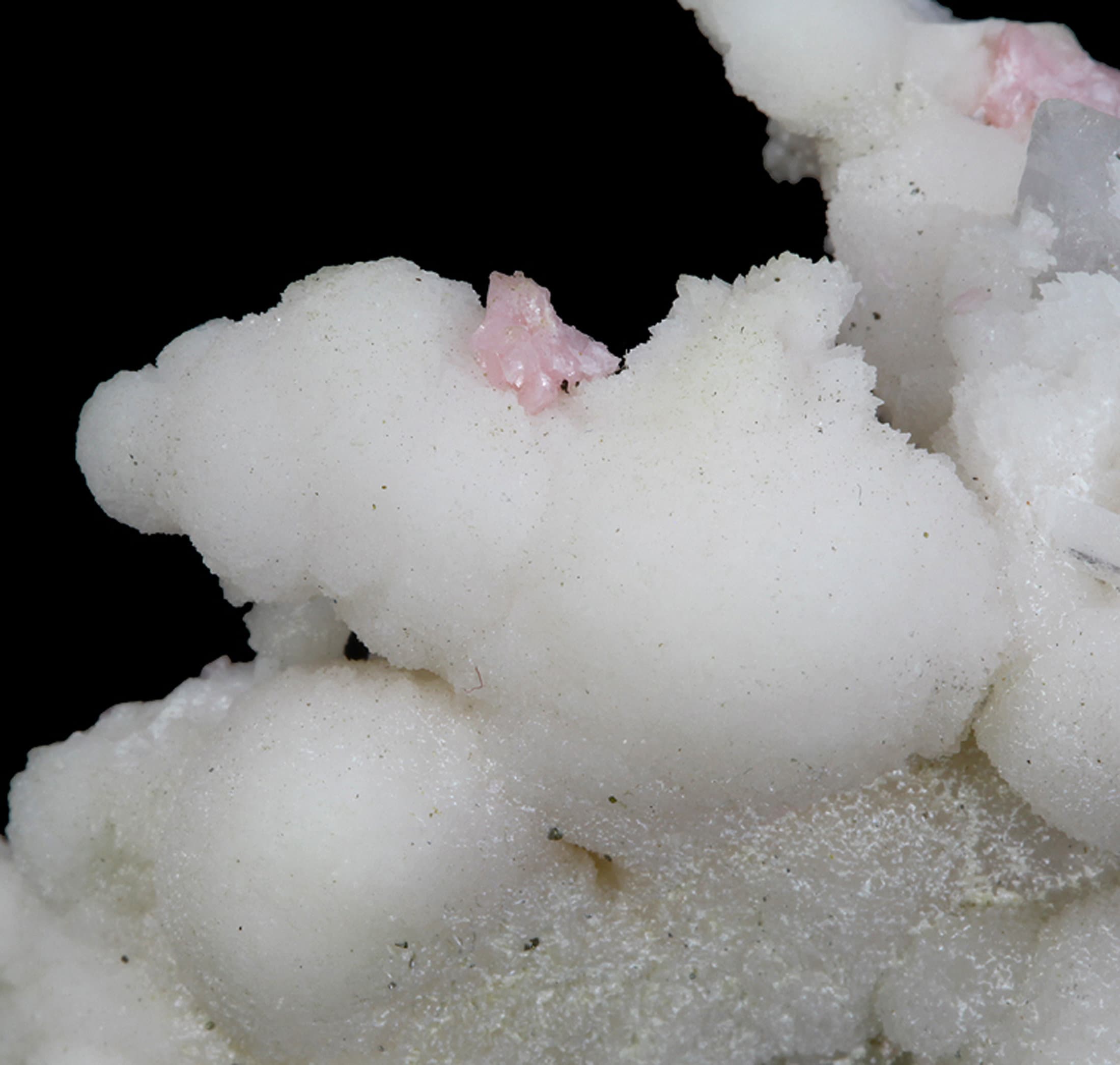 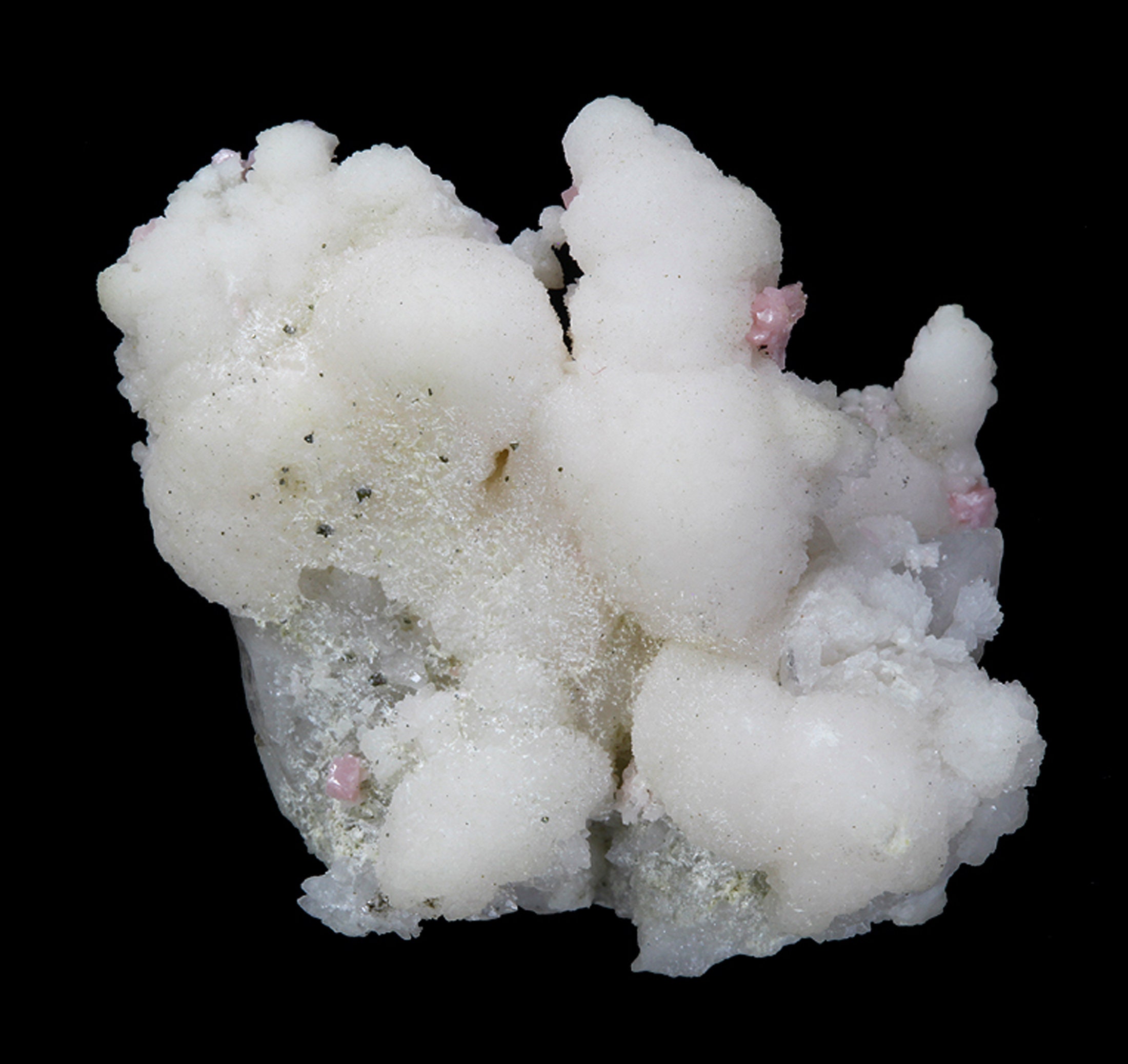 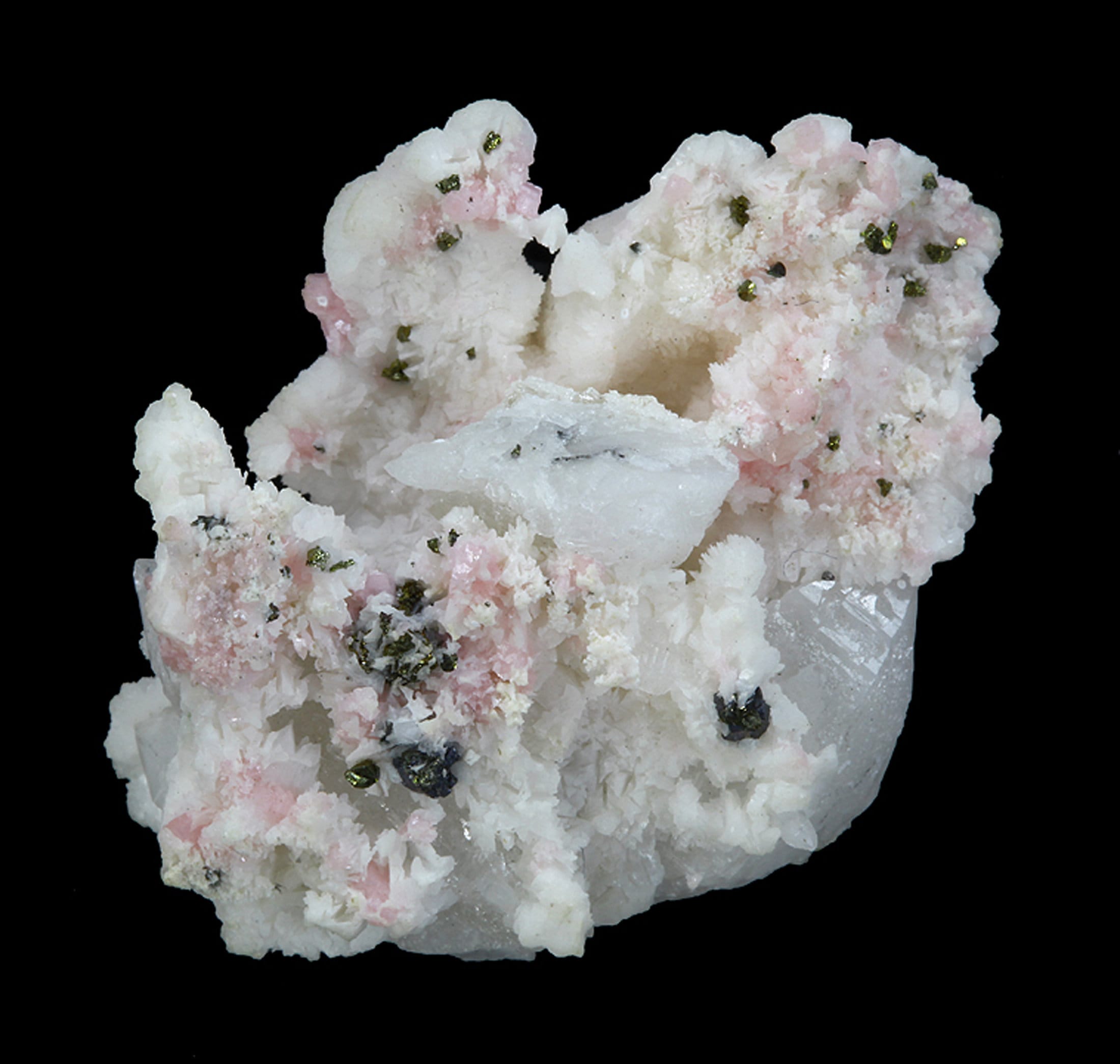 The Sunnyside Mine was one of the most prolific localities in the history of San Juan mining, producing over $150 Million in total metals over the course of its life. In addition to the tremendous amounts of Gold and other metals that came out of the Sunnyside, it provided collectors with some of the most distinctive and memorable display specimens from any locality in southwestern Colorado. This mine is probably best known for its amazing pink Rhodochrosite specimens, but it also produced some distinctive Quartz “casts” after Anhydrite. This piece actually FEATURES the elusive Anhydrite which, amazingly, was not dissolved away like the majority of the Anhydrite from this mine. This piece hosts several white/cream colored botryoidal aggregates of Anhydrite which are sitting on white Quartz matrix with accenting pink Rhodochrosite and minor sulfides. One of the very few pieces of this material that I have handled, and exceptionally rare on the market. This particular piece was mined in 1968 by Max Gallegos, was acquired by my father, Richard Kosnar, in the early 1990s, and later became part my collection. A great specimen of Anhydrite with most unusual form!