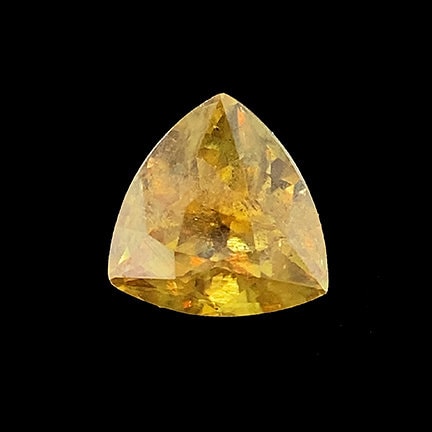 One of the great aspects of faceted Titanite is the incredibly high dispersion of the material, which this stone has in spades! This gem is a beautiful greenish golden-orange color, very slightly included "Trillion Brilliant" cut gem, but the most interesting aspect is the fact that it shows amazingly high dispersion when rotated in the light (best viewed in sunlight). The photos do not do this stone justice as it shows bright green, yellow and orange flashes which dance all over the stone.