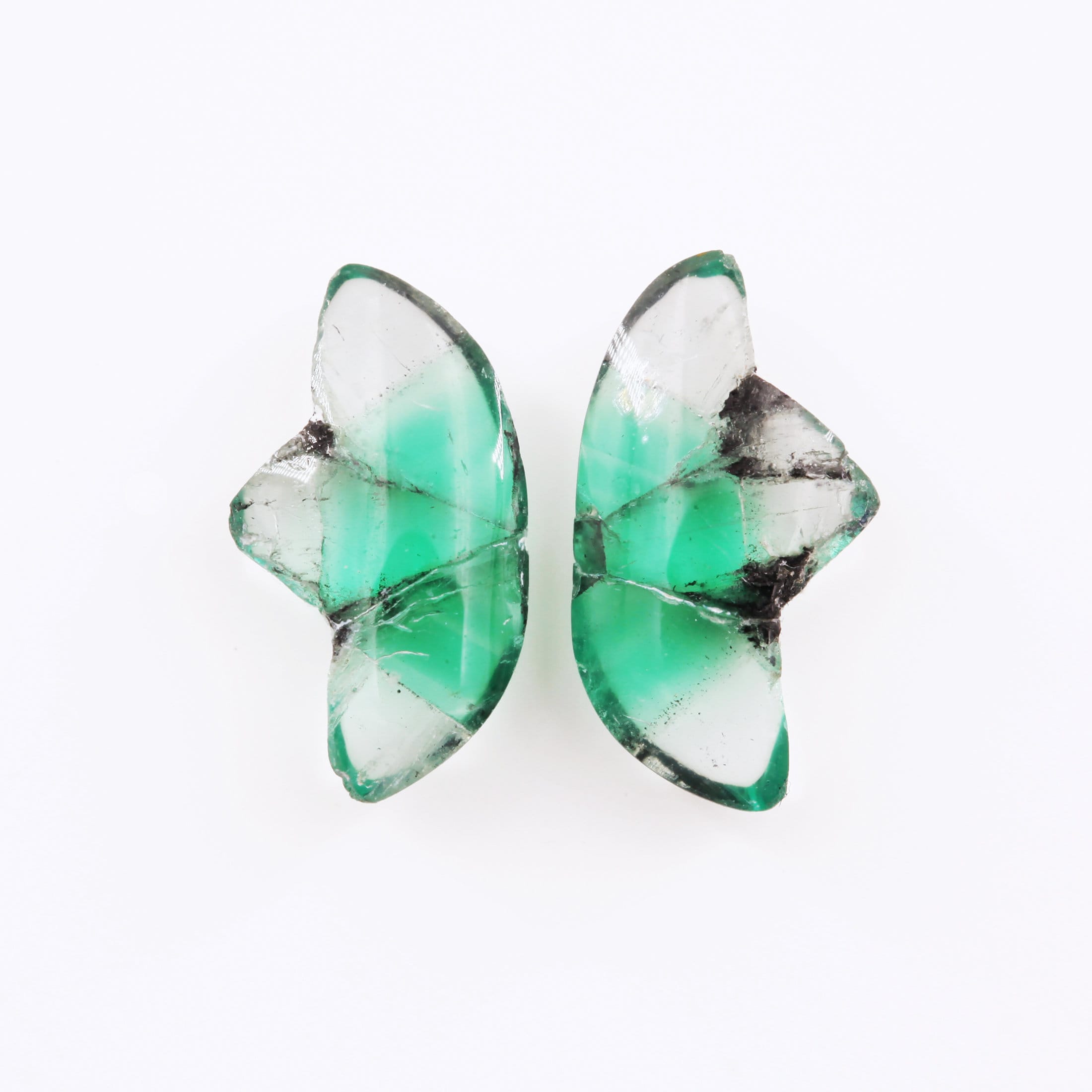 Emeralds are amongst the most well-known yet elusive gems in the world. That's not to say that Emeralds are rare per se, but fine GEM quality stones are certainly much harder to find than the majority of commonly known gems. Colombia is the world's leading producer of gem quality Emeralds, but it's not only the transparent material that entices collectors. When it comes to Emeralds, the Trapiche stones stand alone in a class all their own. Here we have a superb matched pair of this classic material from the famous Muzo Trapiches featuring a two individual pieces that originally comprised a single Trapiche specimen, but were sliced and polished – almost resembling butterfly wings – while still retaining their superior fantastic hexagonal arrangement and symmetry along with top notch gem clarity and beautiful color. The optic grade gem interior is outstanding for the set, and the individual "legs" or "spokes" are incredibly sharp, distinct and well-formed. The beautiful glowing green interior shows up well even with no backlighting.