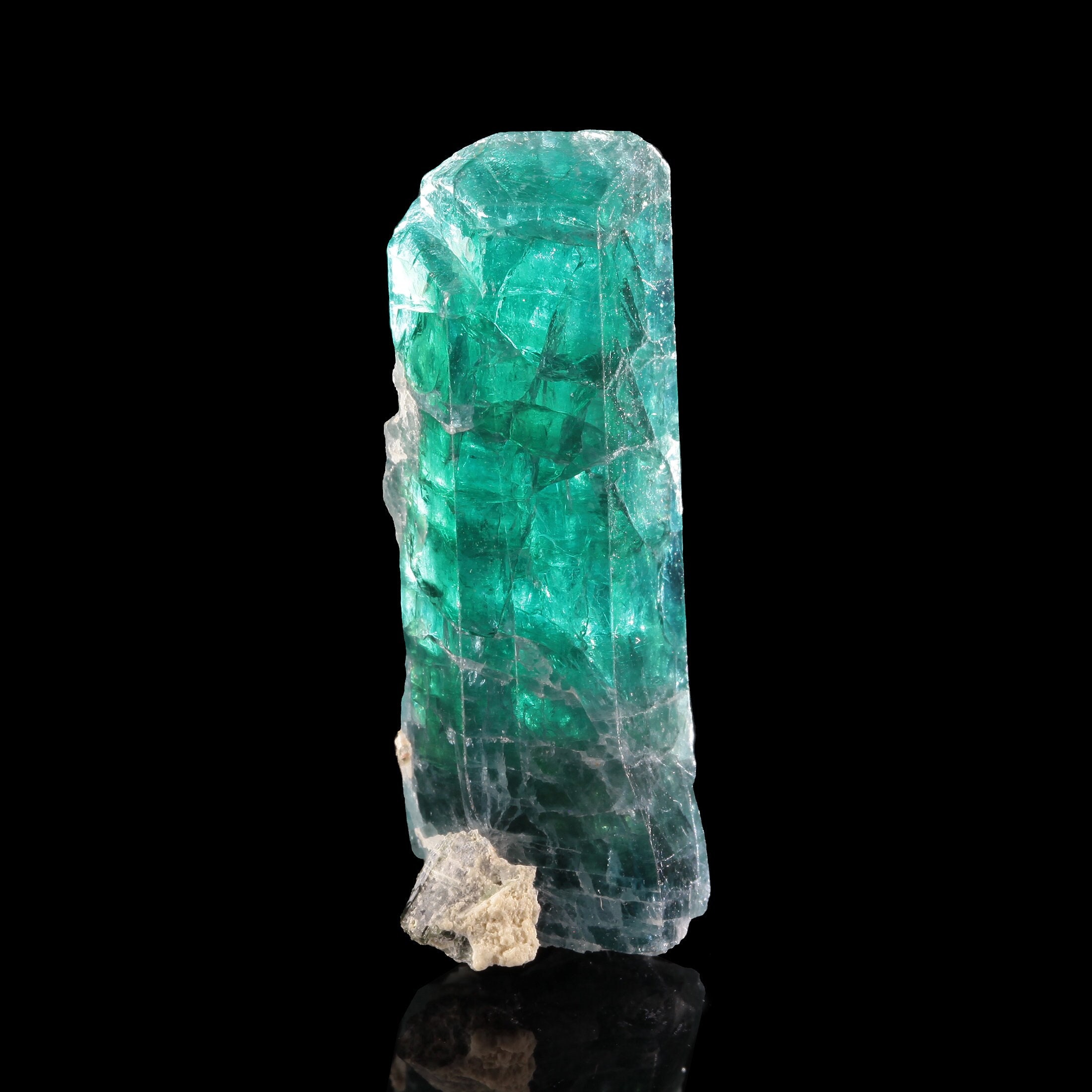 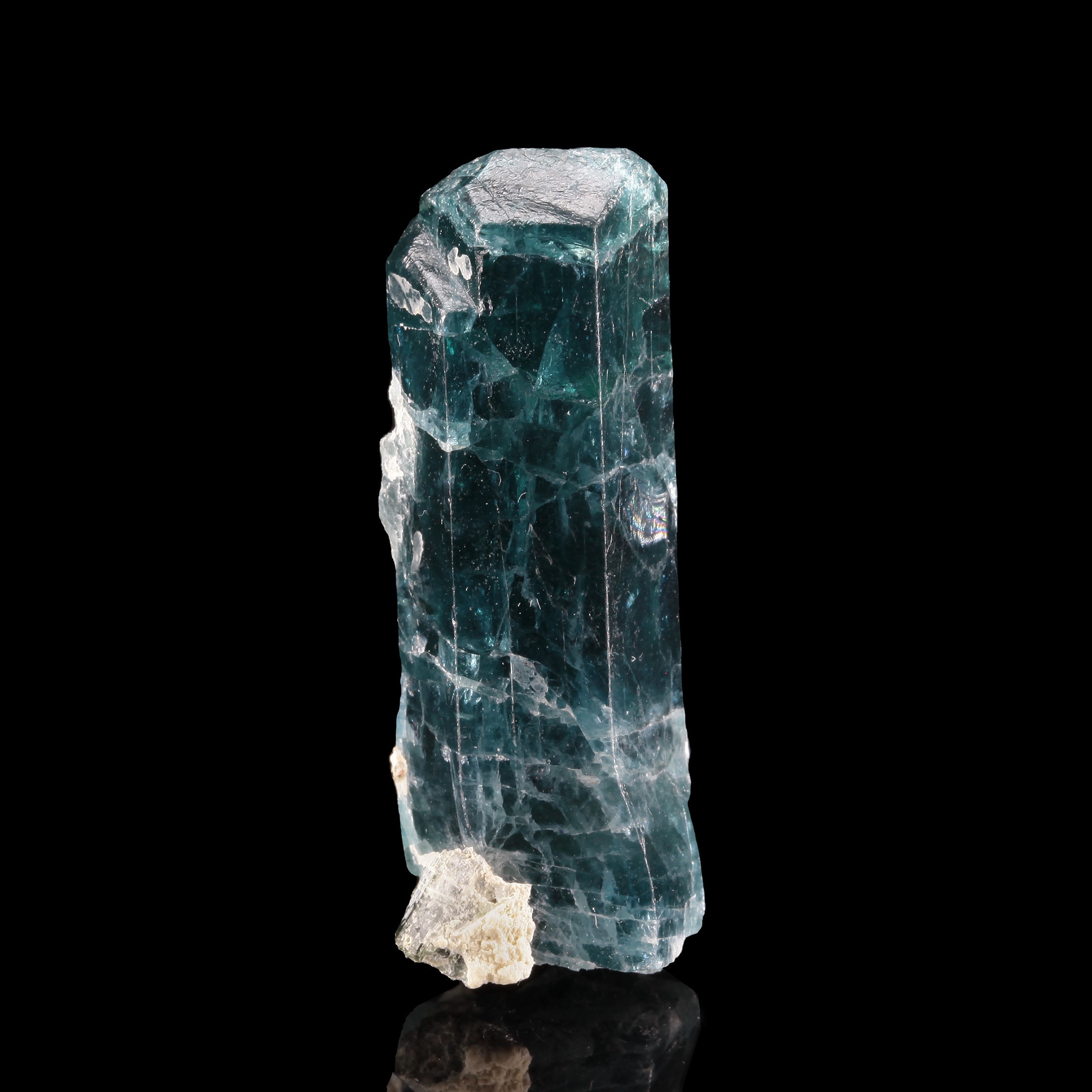 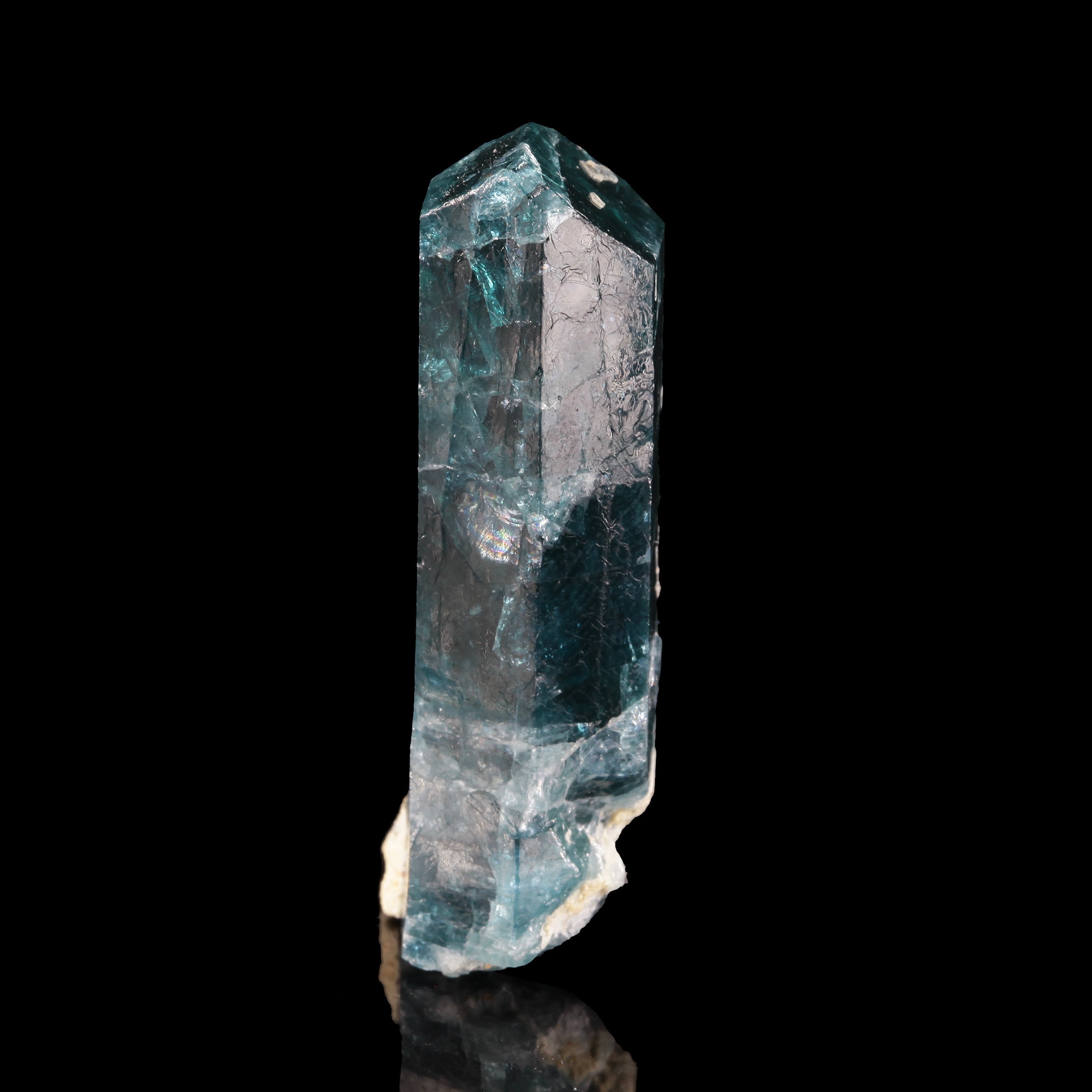 I bought this crystal from a good friend who travels to Tanzania in search of gems and gem crystals, and he personally selected this crystal out of hundreds of pieces specifically for me. Most of the Apatite you’ll see from the Kongwa District are a soft blue, silvery-blue or greenish-blue color, but they’re almost always broken and are sold as gem rough for faceting or other lapidary uses. This crystal was an anomaly according to my friend because it’s not only a sharp, lustrous, euhedral crystal, but it’s a MUCH richer more saturated blue color compared to anything else he’s seen from the area. It’s not a pure blue hue, as there is a bit of a green overtone, but it’s VIVID and it just explodes out of the crystal when it’s backlit. I’ve never seen anything like it. As mentioned, the crystal is notably sharp and well-formed with an almost “wet” vitreous luster on the surface. There are some sections inside the crystal which are GEM QUALITY, which is better than comparable rich blue Apatite crystals you’ll find from other localities around the world, like the deep blue crystals from Bahia, Brazil. If you collect gem crystals, phosphates or you just love Apatite, do not pass this one up, because it’s one of the most special