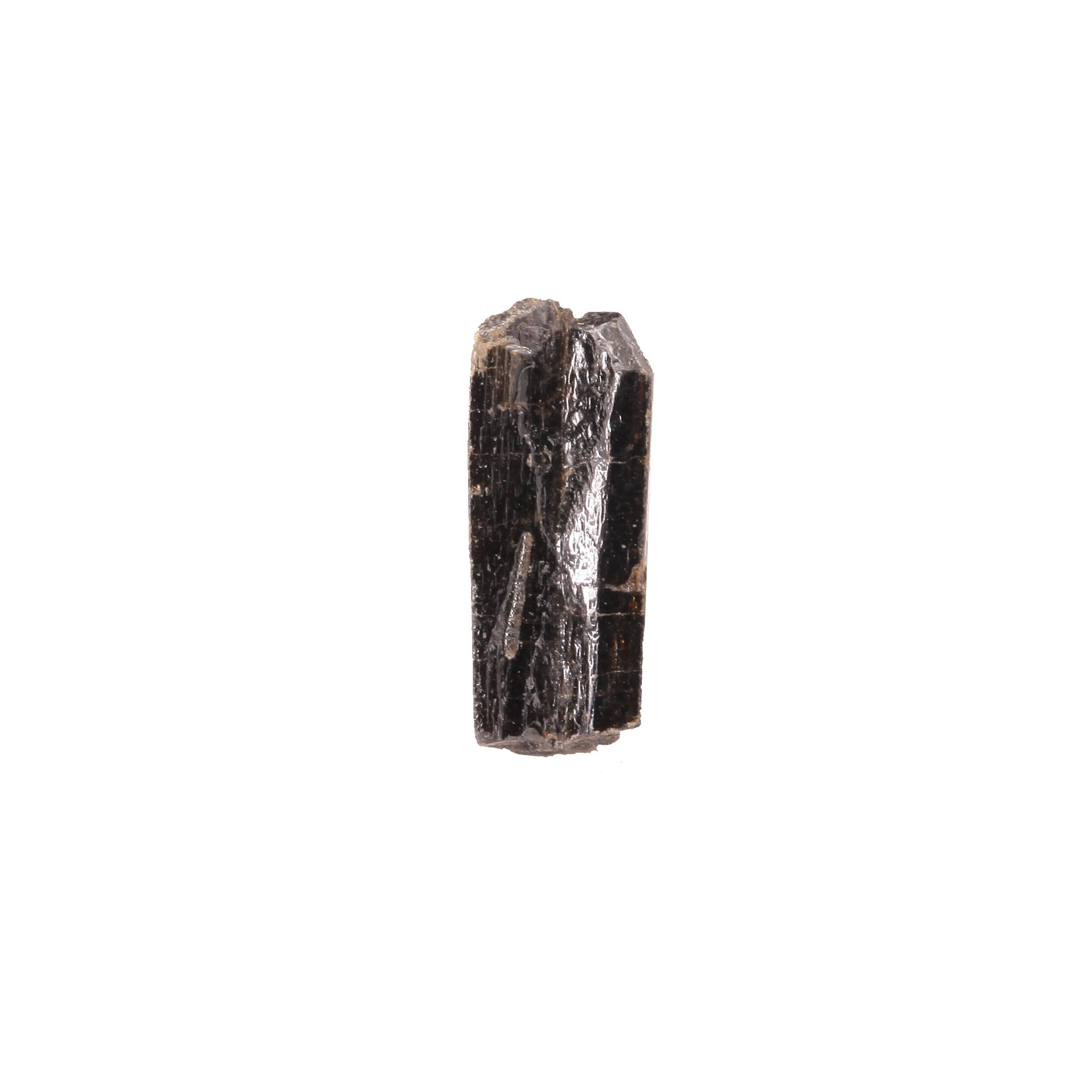 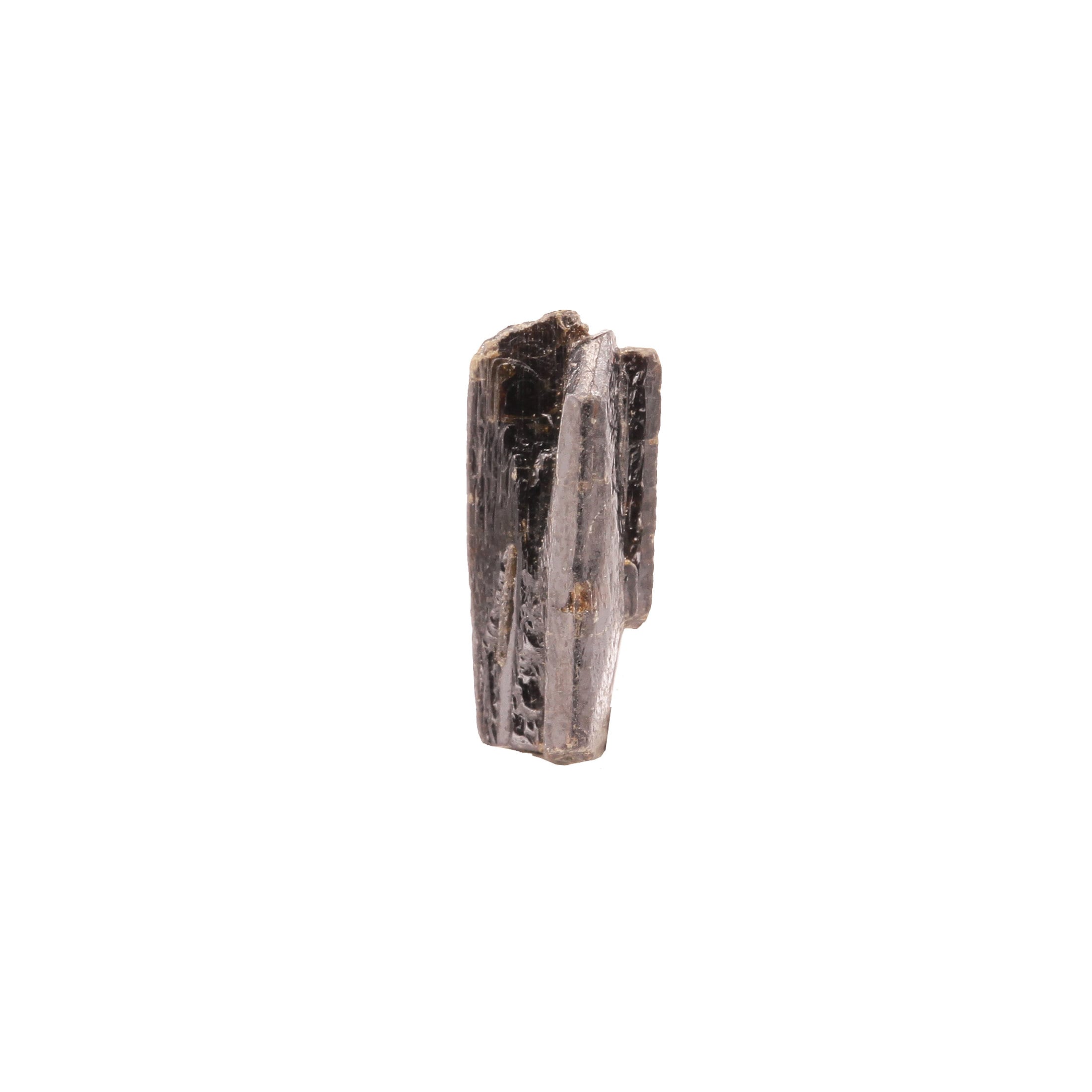 Baddeleyite is a fairly rare zirconium oxide species that dates back to 1892 when it was named after the British geologist, Joseph Baddeley. While working as the superintendent of a railroad project in Rakwana, Sri Lanka in the 1890s, Baddeley found an unusual mineral and sent samples back to London for analysis. According to mindat.org, "This led to the discovery of Geikielite. Baddeley then sent more samples of that mineral, but one of them was instead the new mineral, to be named Baddeleyite". Most crystallized examples of Baddeleyite in nature are tiny (microscopic), but the crystals from around Mogok are the largest and finest known specimens of the species ever found.

This thumbnail specimen is a superb quality, very hard to find, well-formed, prismatic, dark brown color twinned pair of crystals of Baddeleyite from a discovery in 2009. You can see that the twin (on the {100} face) is clearly defined. The color on the surface may appear black, but with strong backlighting, there is a deep golden-brown hue that can be seen. The faces of the crystals are quite smooth, well-formed and notably lustrous. One of the crystals features an excellent monoclinic "sword"-shaped termination, while the other is unfortunately contacted. If you collect rarities, or if you've always wanted to get your hands on a nice Baddeleyite specimen, don't pass this one up. Very few are ever available on the market and they don't get much bigger than this!