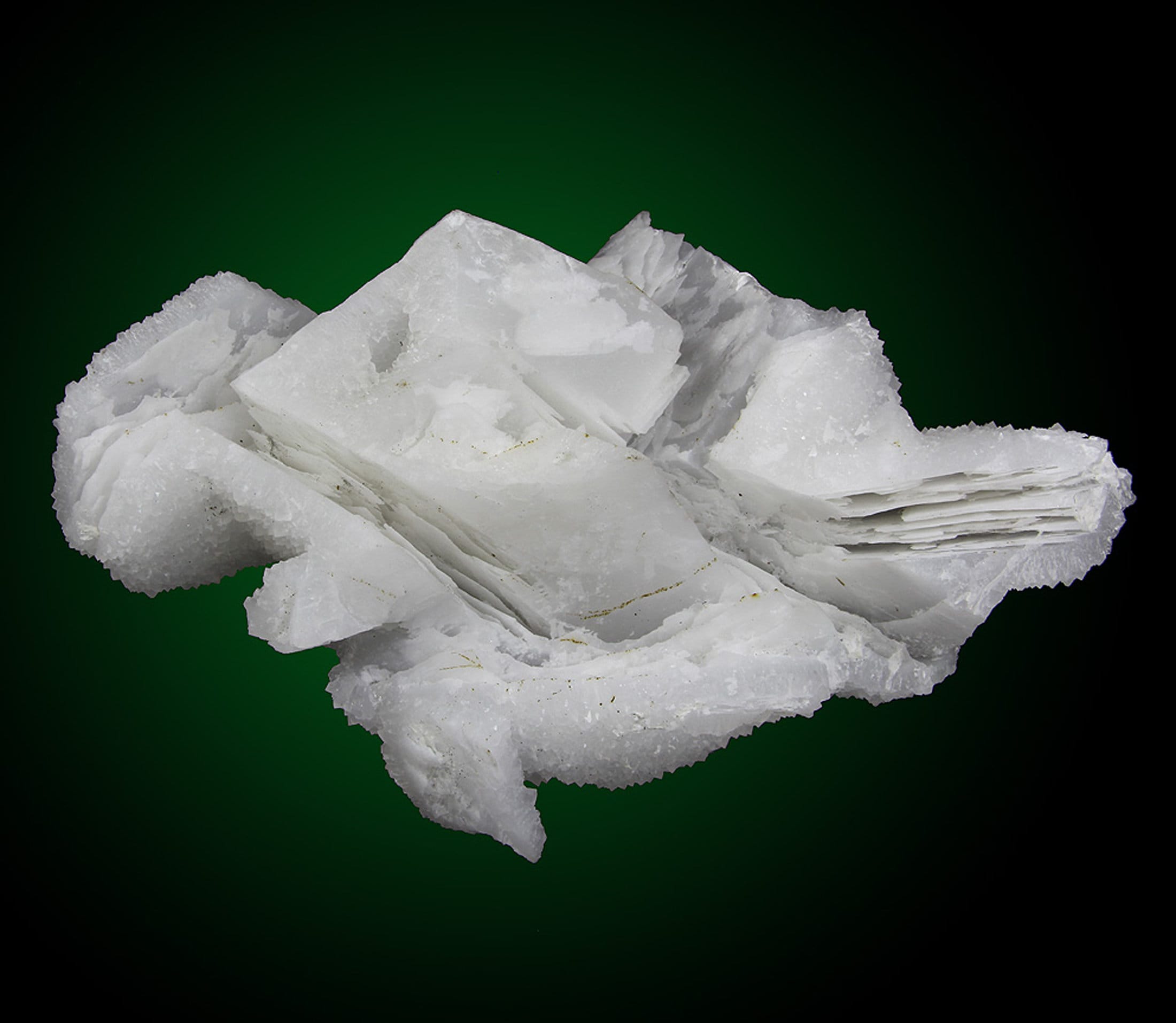 A beautiful display specimen found in June of 2011 in China featuring rather lustrous, sparkling, “sugary” white Quartz crystals which have formed amazingly distinct hollow “casts” or epimorphs after pre-existing Anhydrite crystals. It should be noted that the “casts” have striations indicative of Anhydrite, despite the somewhat blocky monoclinic form that can be seen on the underside of the specimen. This is the best specimen of these casts that I have handled, and they were very limited in their production. More than just a Quartz specimen, and truly impressive from the standpoint of the actual epimorphs.