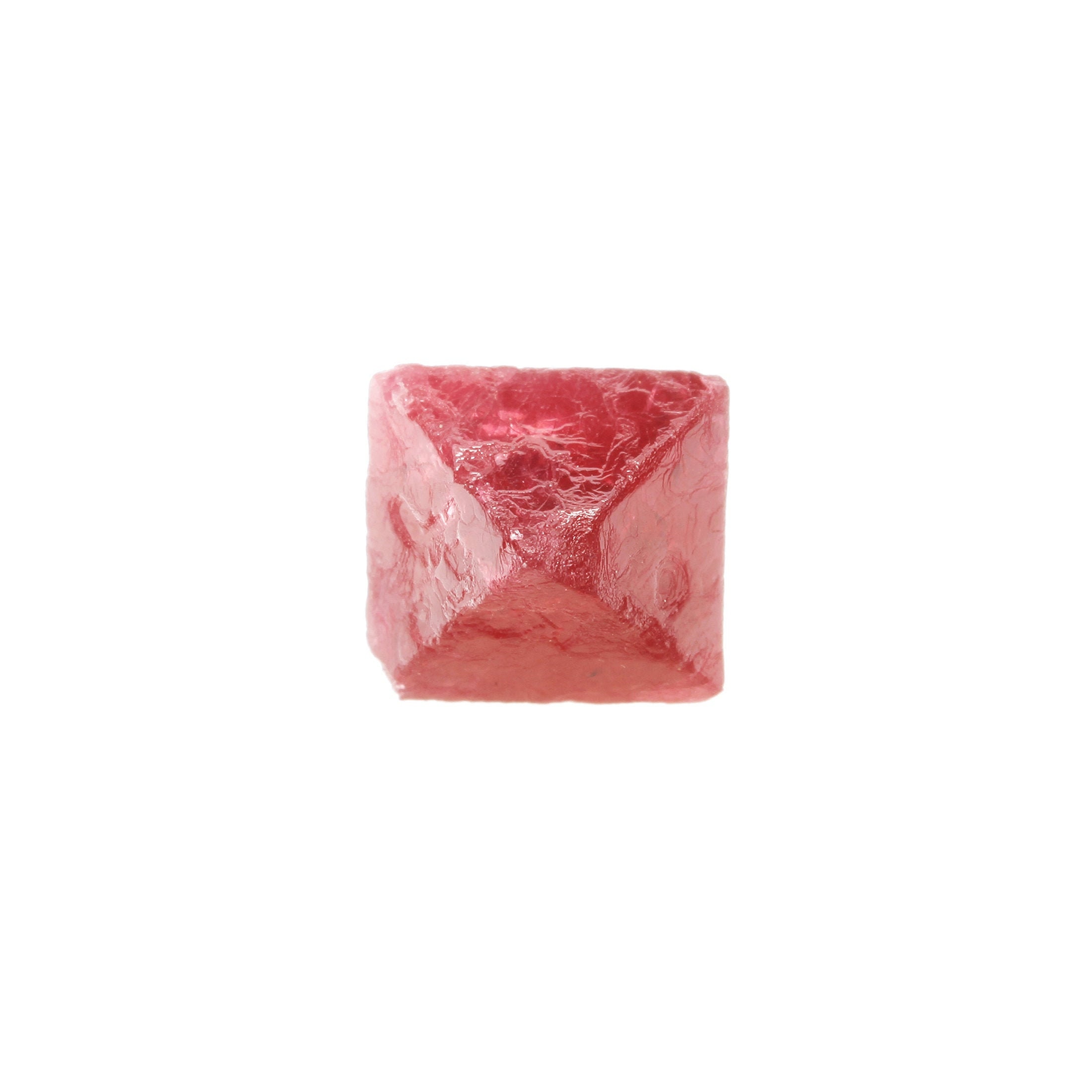 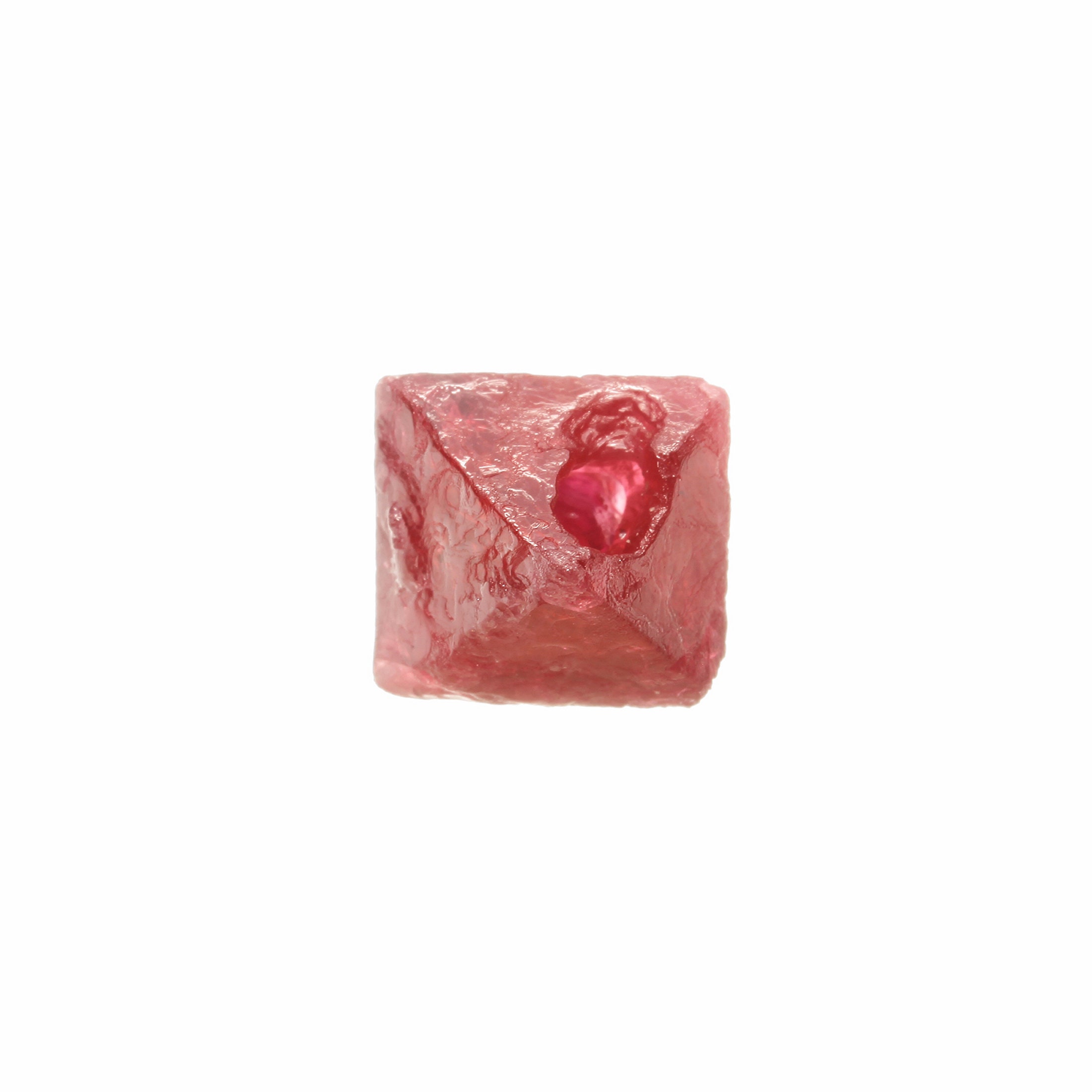 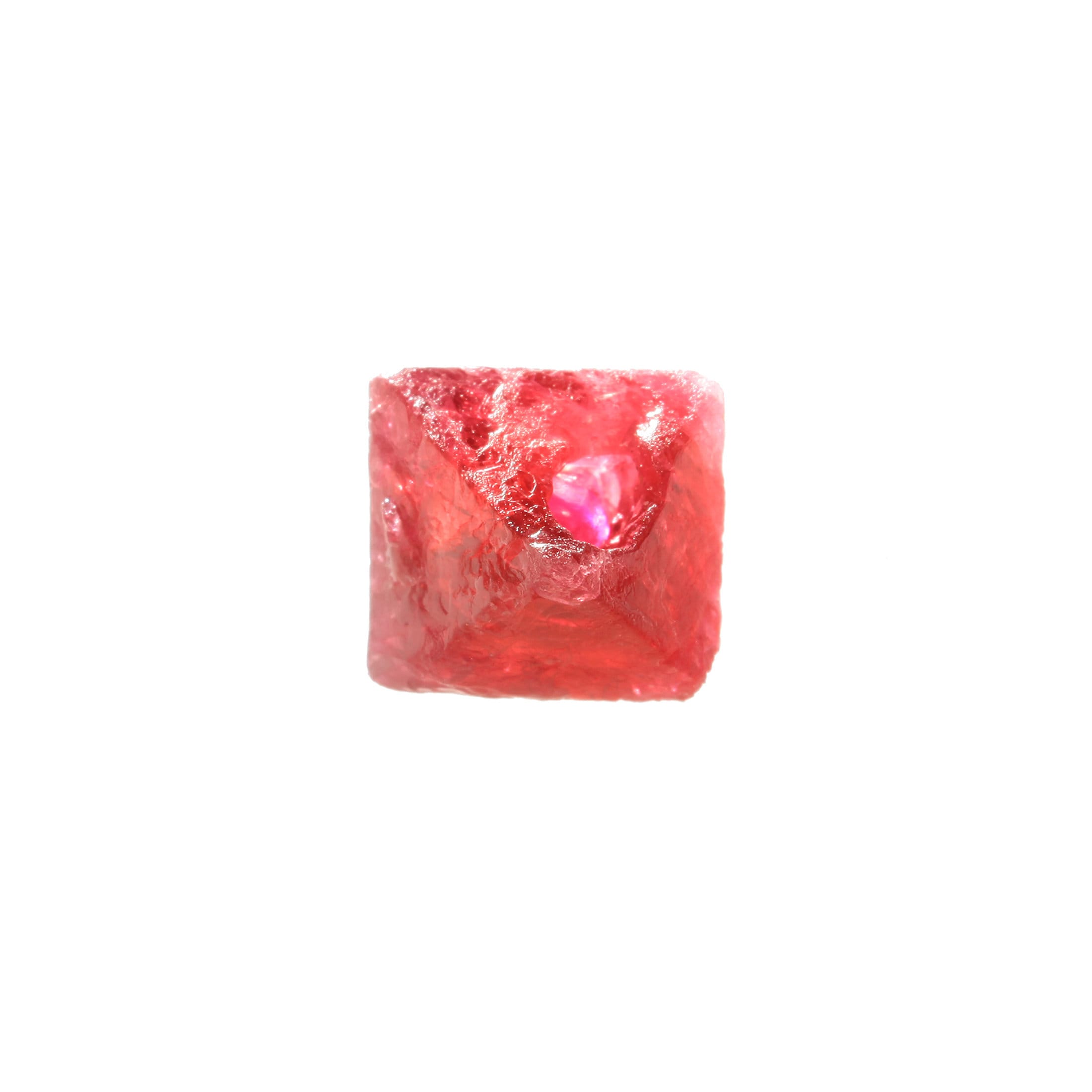 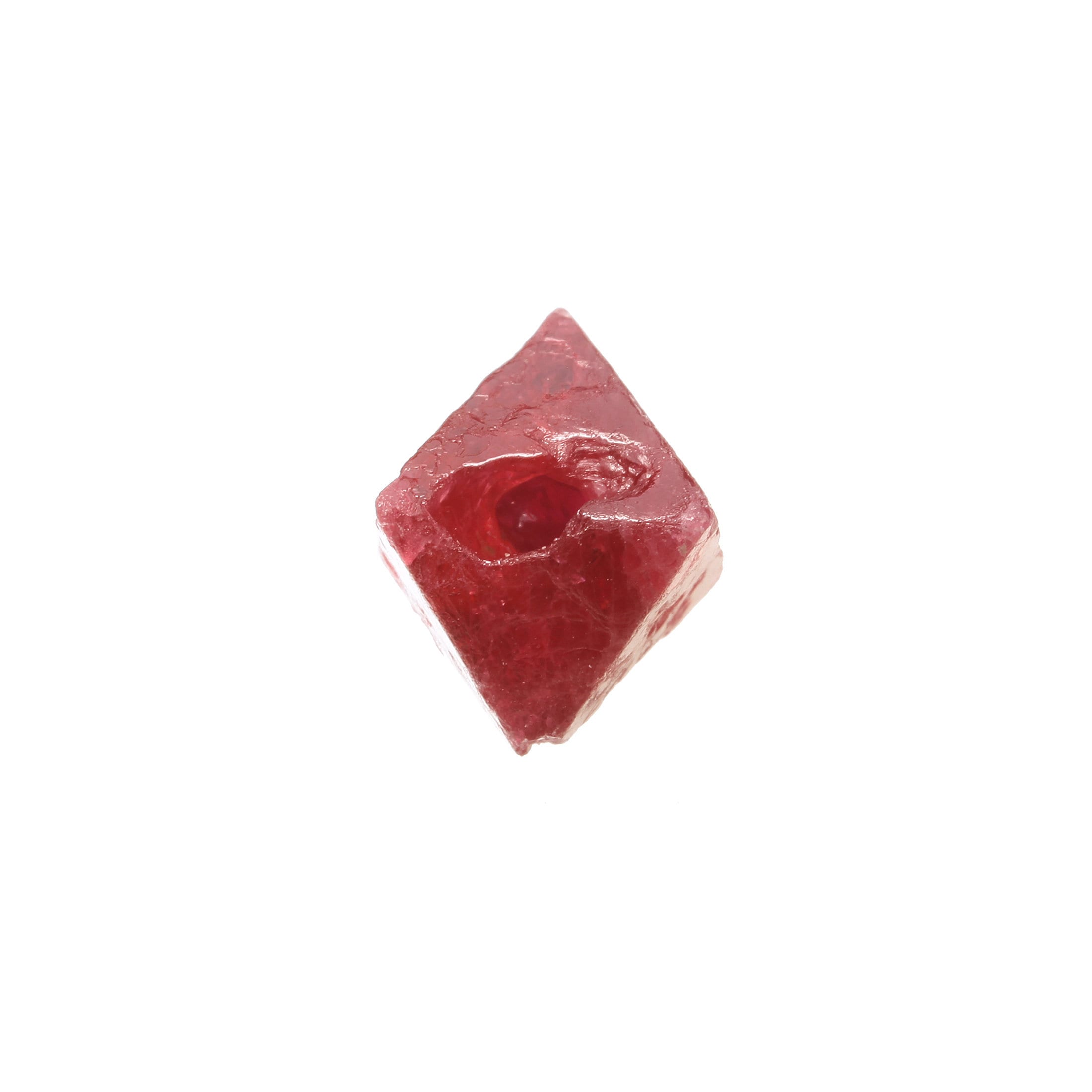 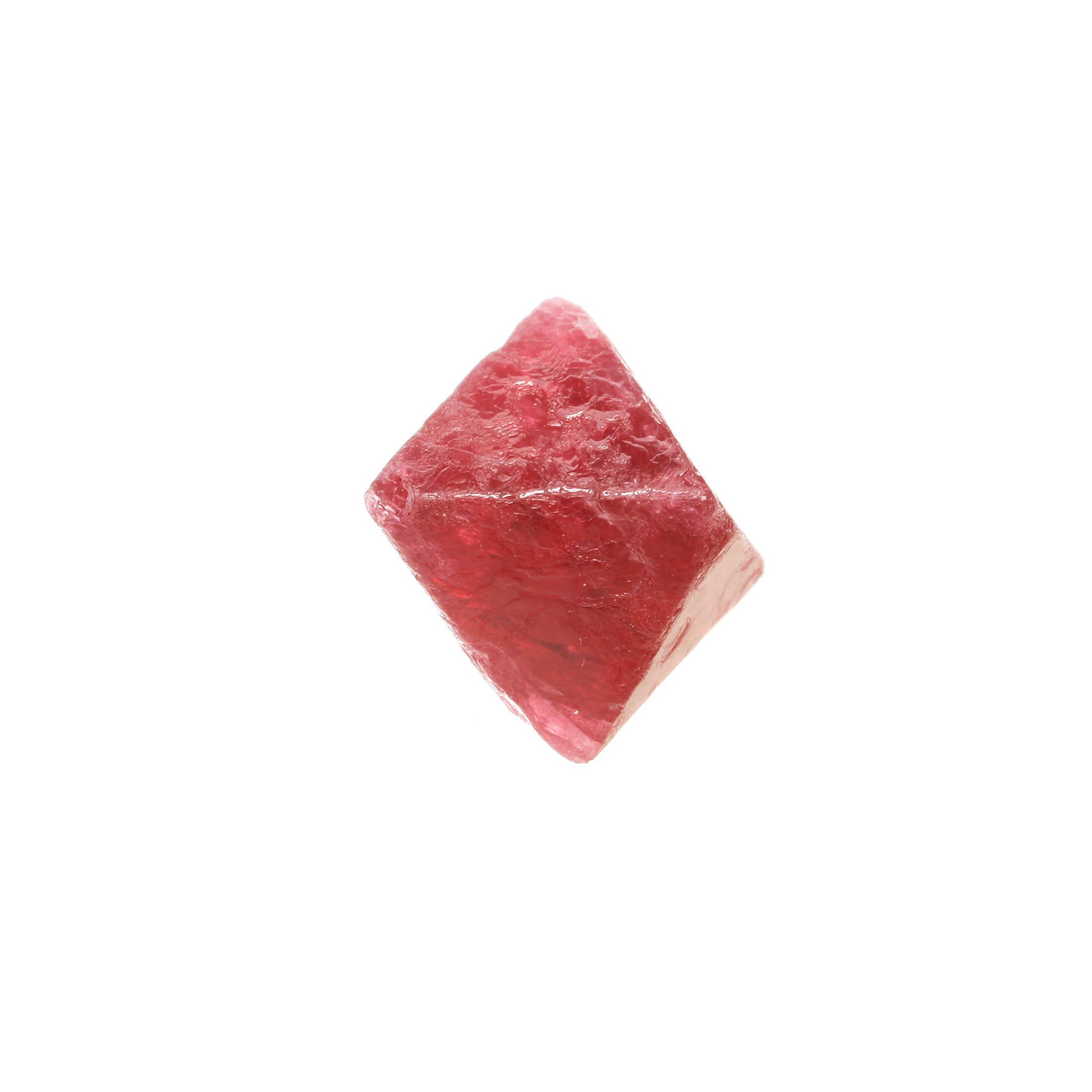 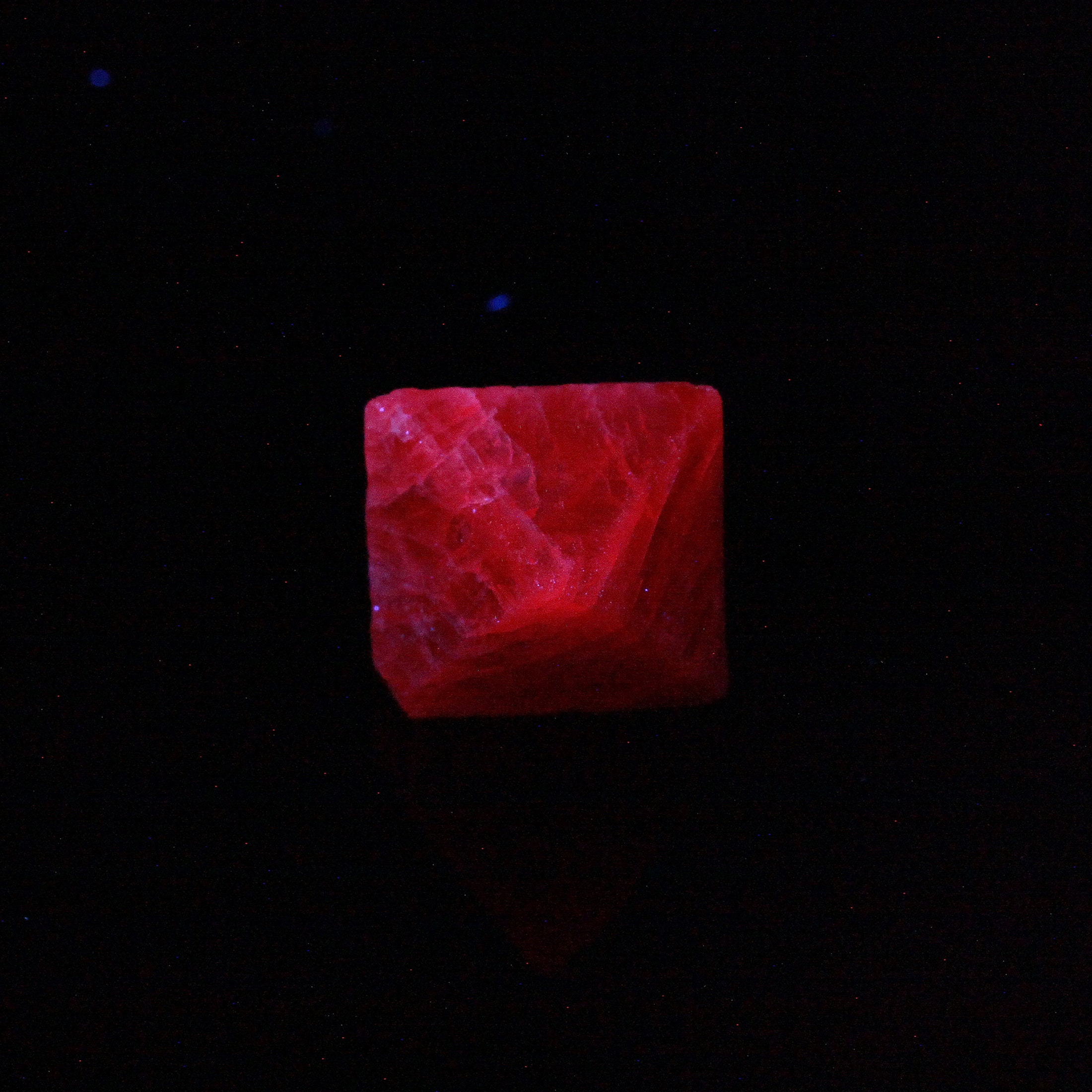 A textbook octahedron of "Ruby Spinel" with smooth, sharp, well-formed faces and a classic red color. The crystal is complete all the way around, but it also shows an interesting hollow cavity which gives the piece character and a uniqueness not often seen in single Spinel crystals. The color is excellent, but the piece shows an even stronger red fluorescence under UV light.