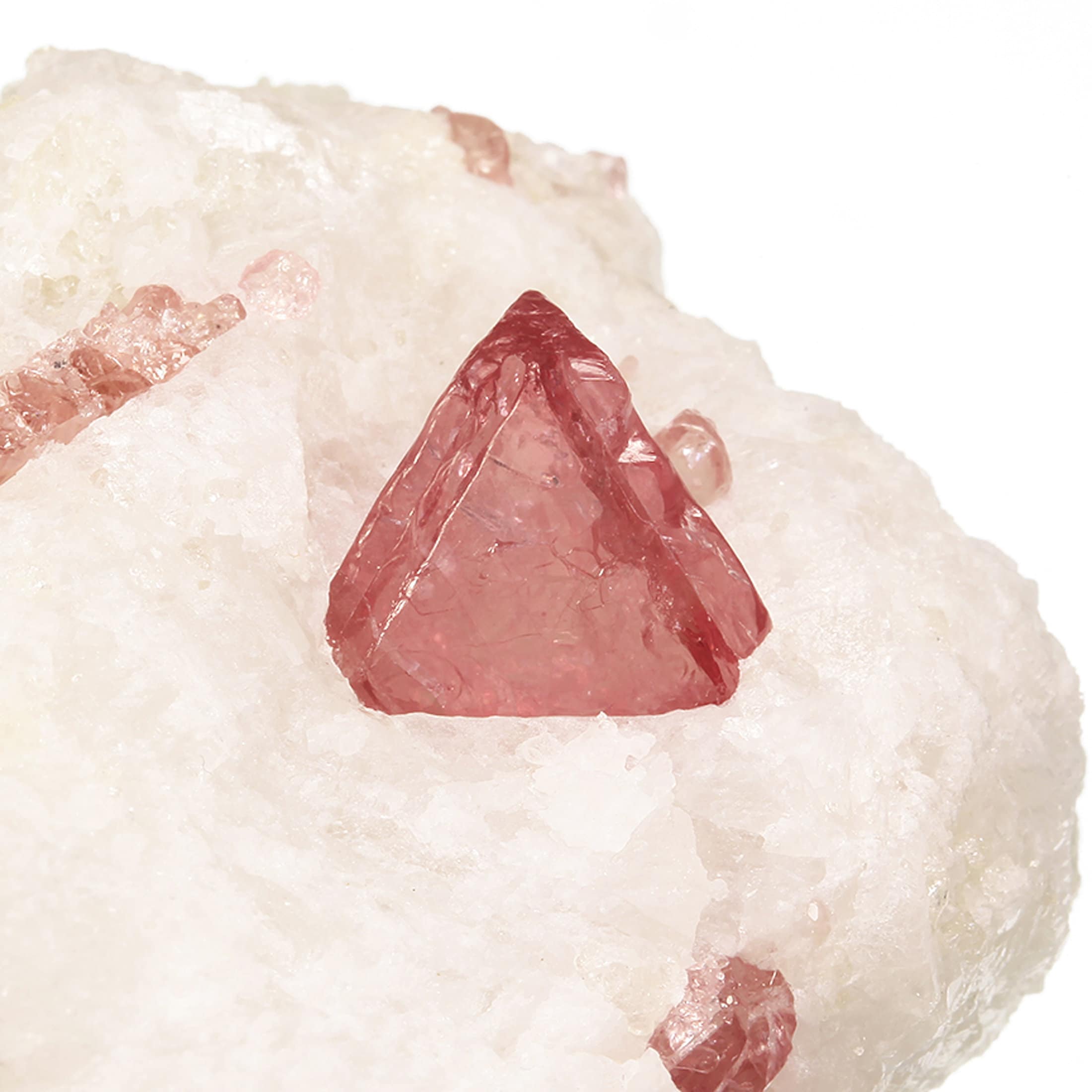 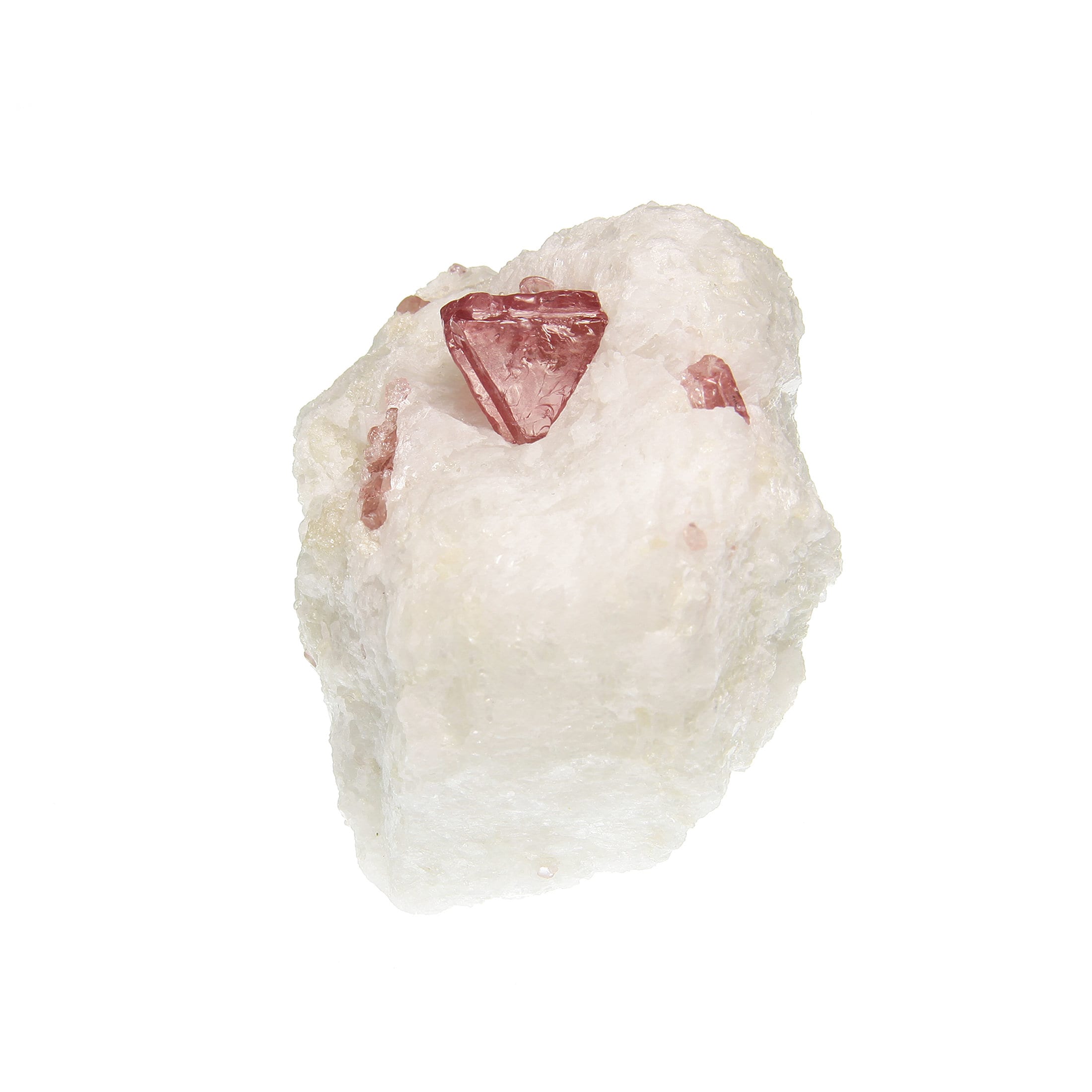 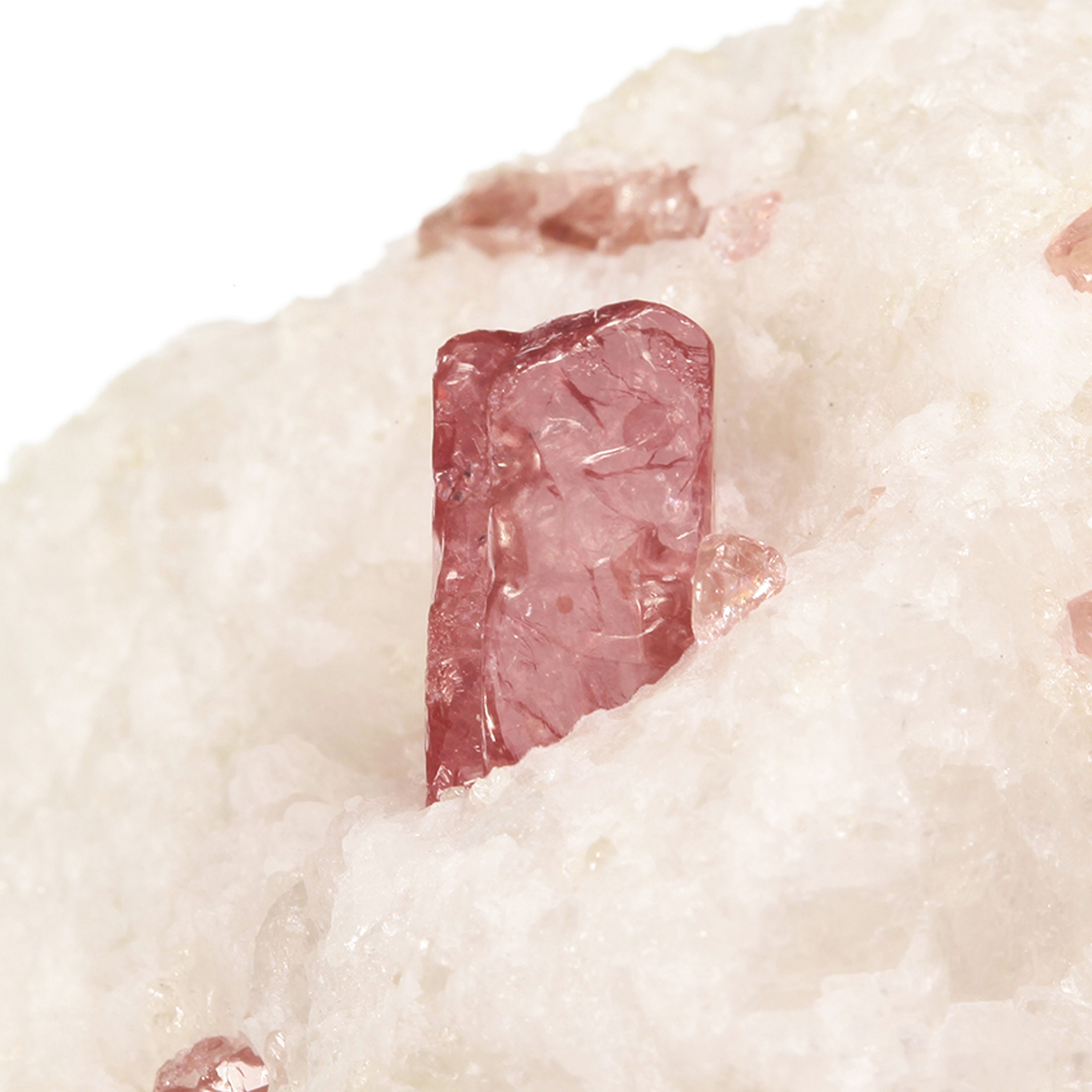 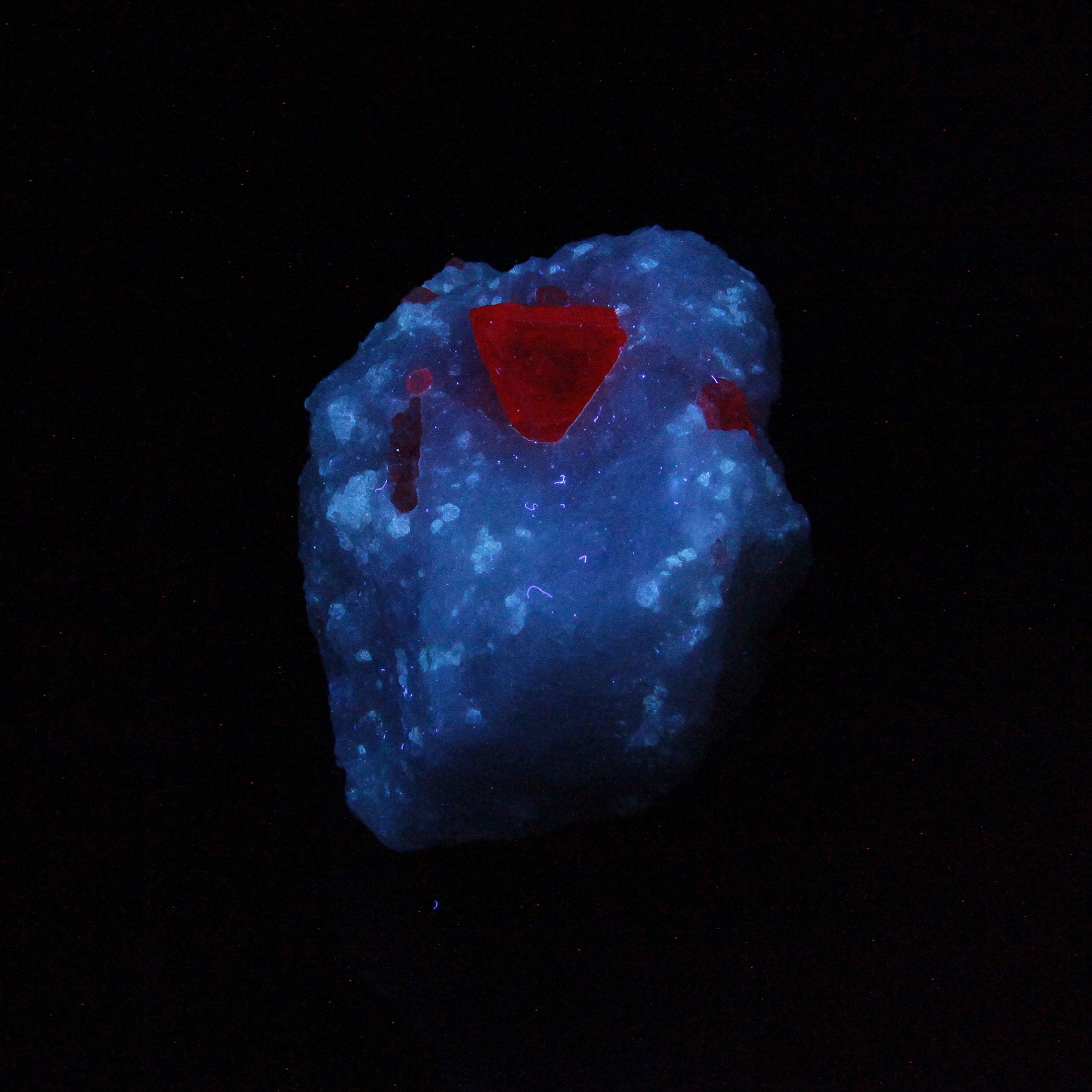 This piece is significant for three reasons. First it features a wonderful, classic, "Spinel Law" twin (along {111}) showing a compressed pair of octahedral crystals growing along a common place. This particular twinning habit is seen in many other species around the world, but first and most often in Spinel, hence the name. Secondly, the twin itself measures 1.2 cm across and is very sharp, lustrous and well-formed, but most importantly it's GEMMY when backlit. It's not 100% water clear, but it certainly shows areas where the light shines through to highlight the glowing reddish-pink hue of the crystal. It's not common to find gemmy twins like this from Mogok, but that's not the most significant factor for me. What really matter here is that this crystal is un-repaired on matrix! The nature of these specimens is such that the vast majority of the Spinel crystals found either weather out, or are knocked loose from their marble host rock matrix during the mining process. Only a small percentage of Mogok Spinels are found on matrix, and many of those pieces are actually glued back on after they've been discovered. The fact that this piece features a sharp, lustrous, gemmy twin that is not repaired on matrix, gives it all the necessary criteria for a top specimen of this classic and beloved material. Spinel is very popular in the gem world, but it doesn't get the recognition it deserved in the mineral world, as it's simply not found very often in good display specimens like this. I think it is important to stress that collectors should treasure something of such beauty and rarity, as these specimens simply are not seen on the market very often.