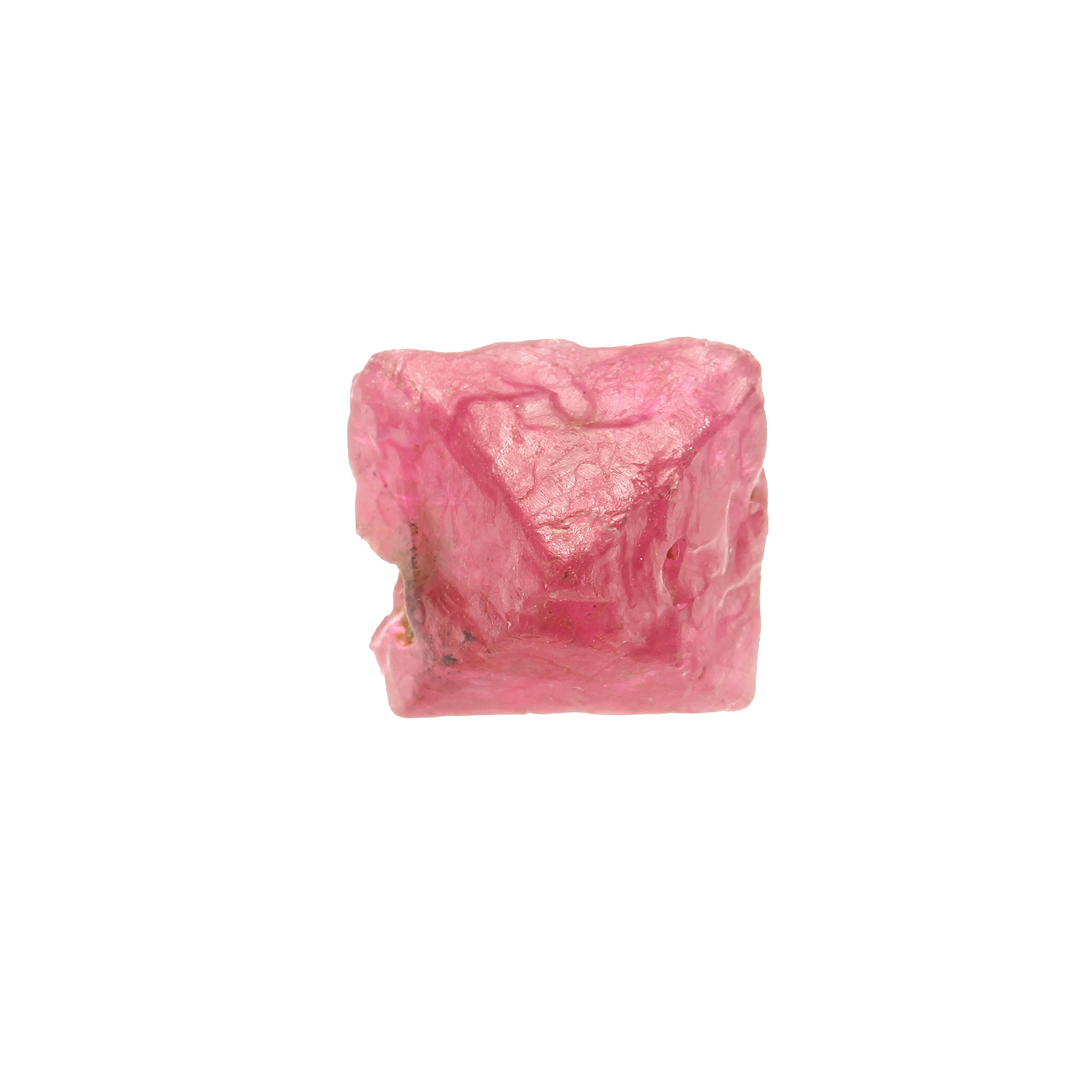 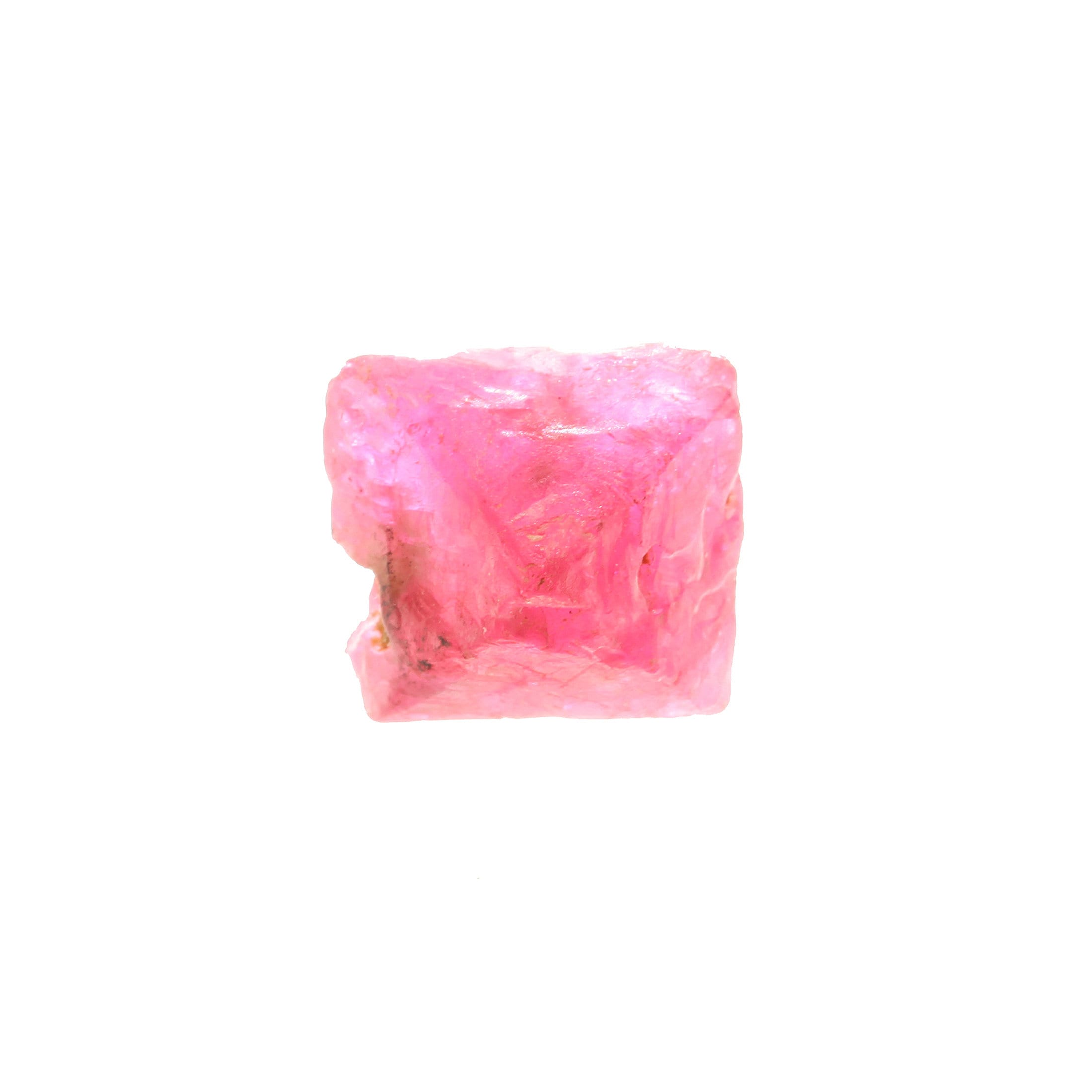 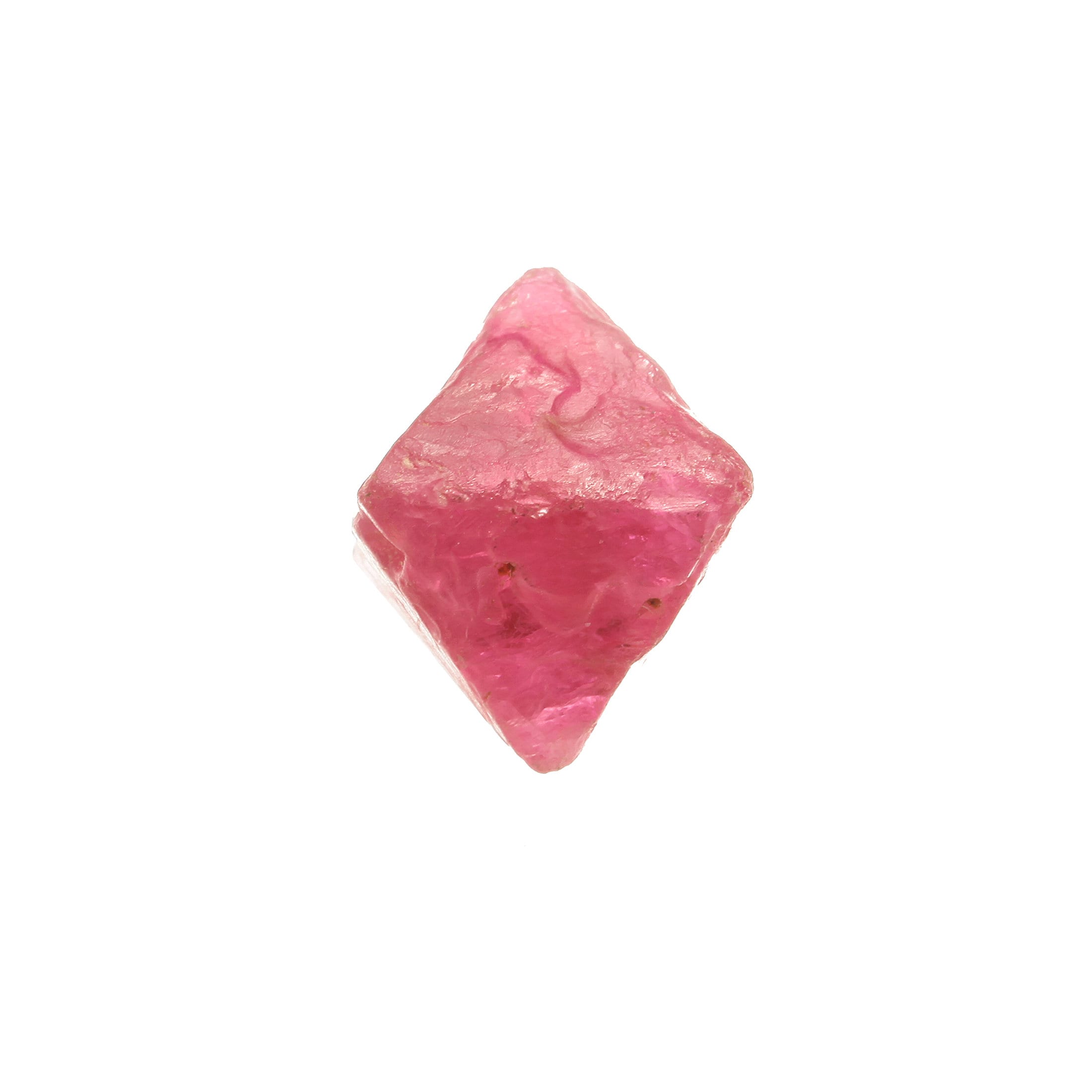 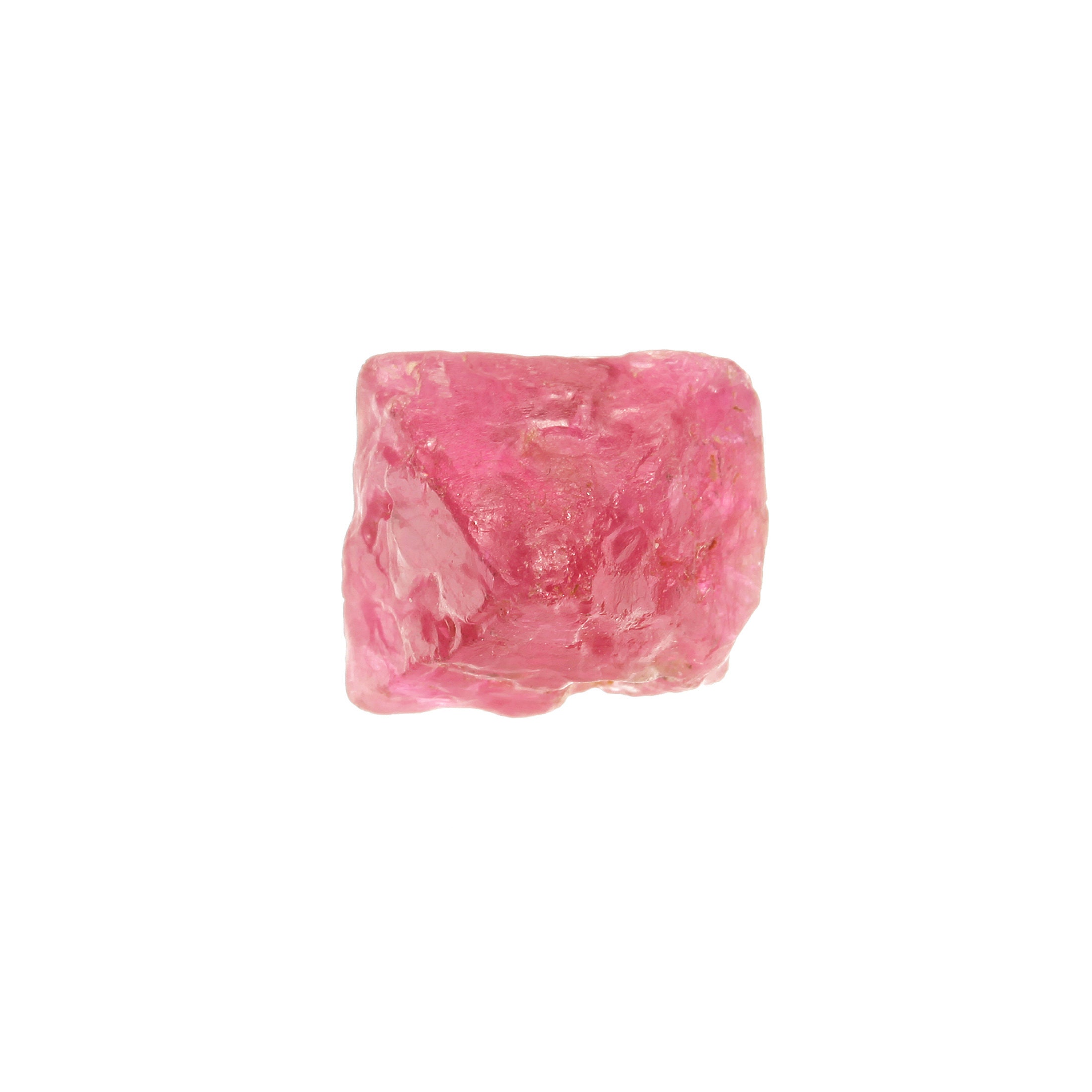 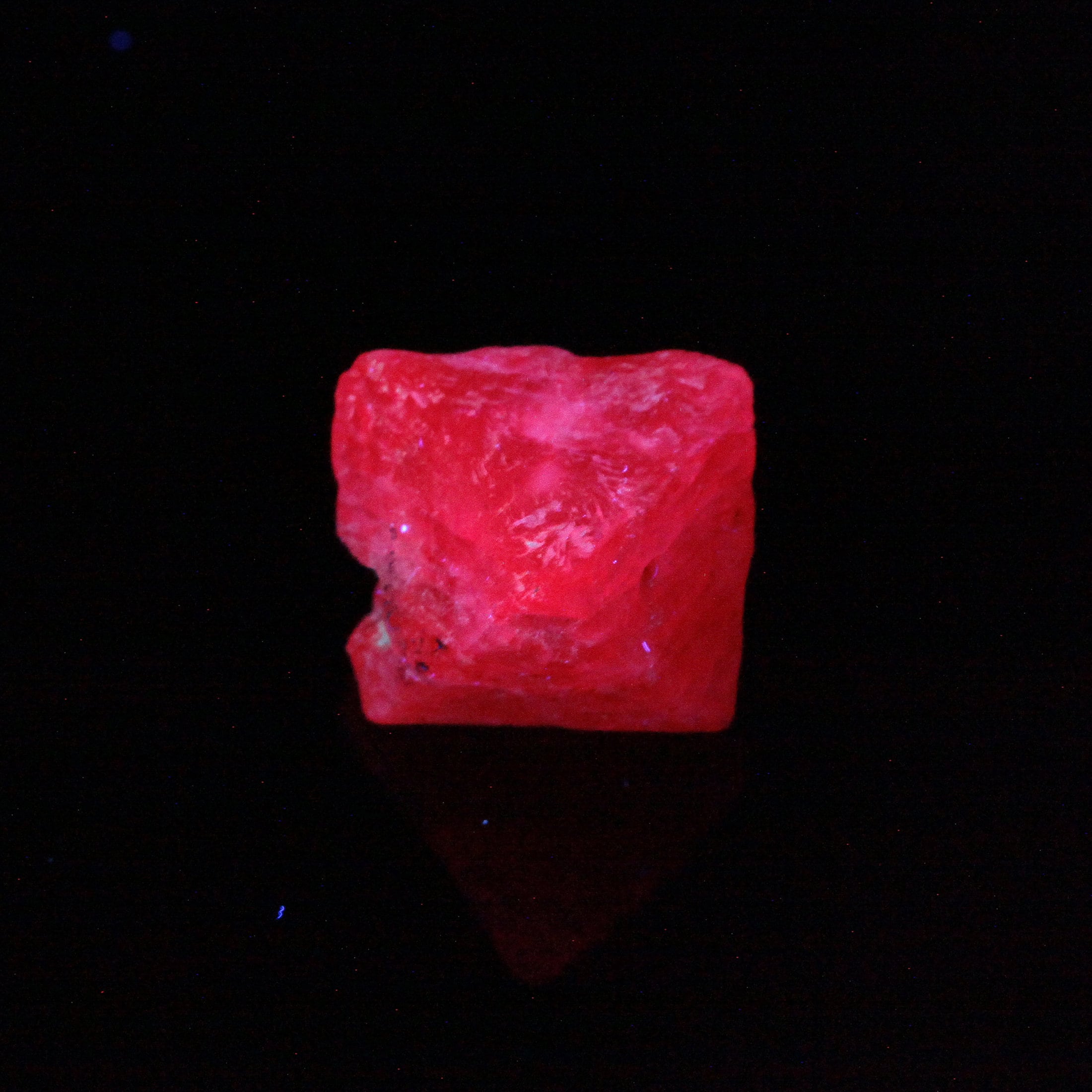 This crystal has one of the strongest electric pink hues I've seen in a Spinel from Mogok. It's not the gemmiest crystal in the world, but that actually helps to intensify the color. The piece is complete all around with no actual damage, but it does have some small areas of interrupted growth where it was inhibited by the marble host rock in which it formed. Very attractive color, and it's even STRONGER when the crystal is viewed under UV light.