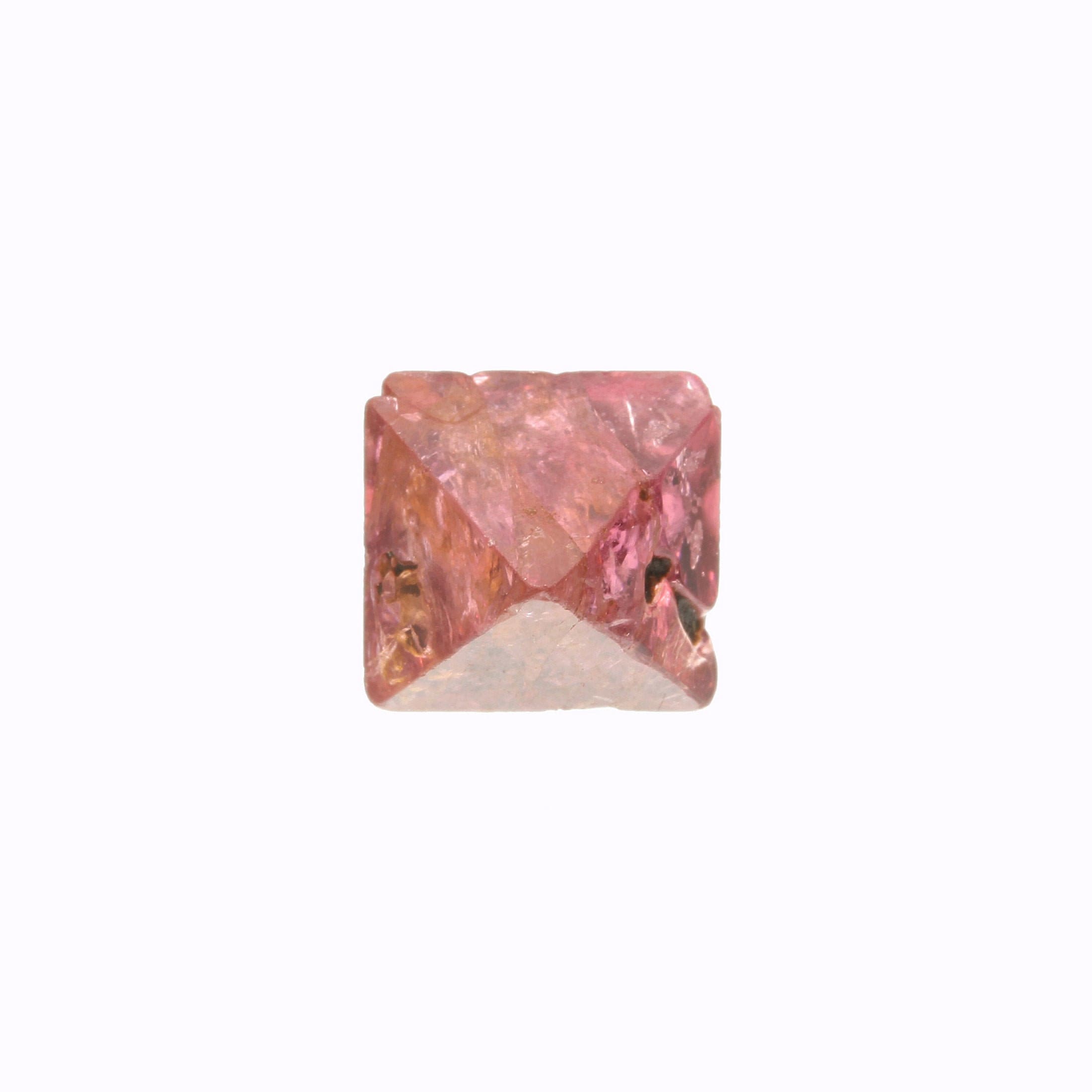 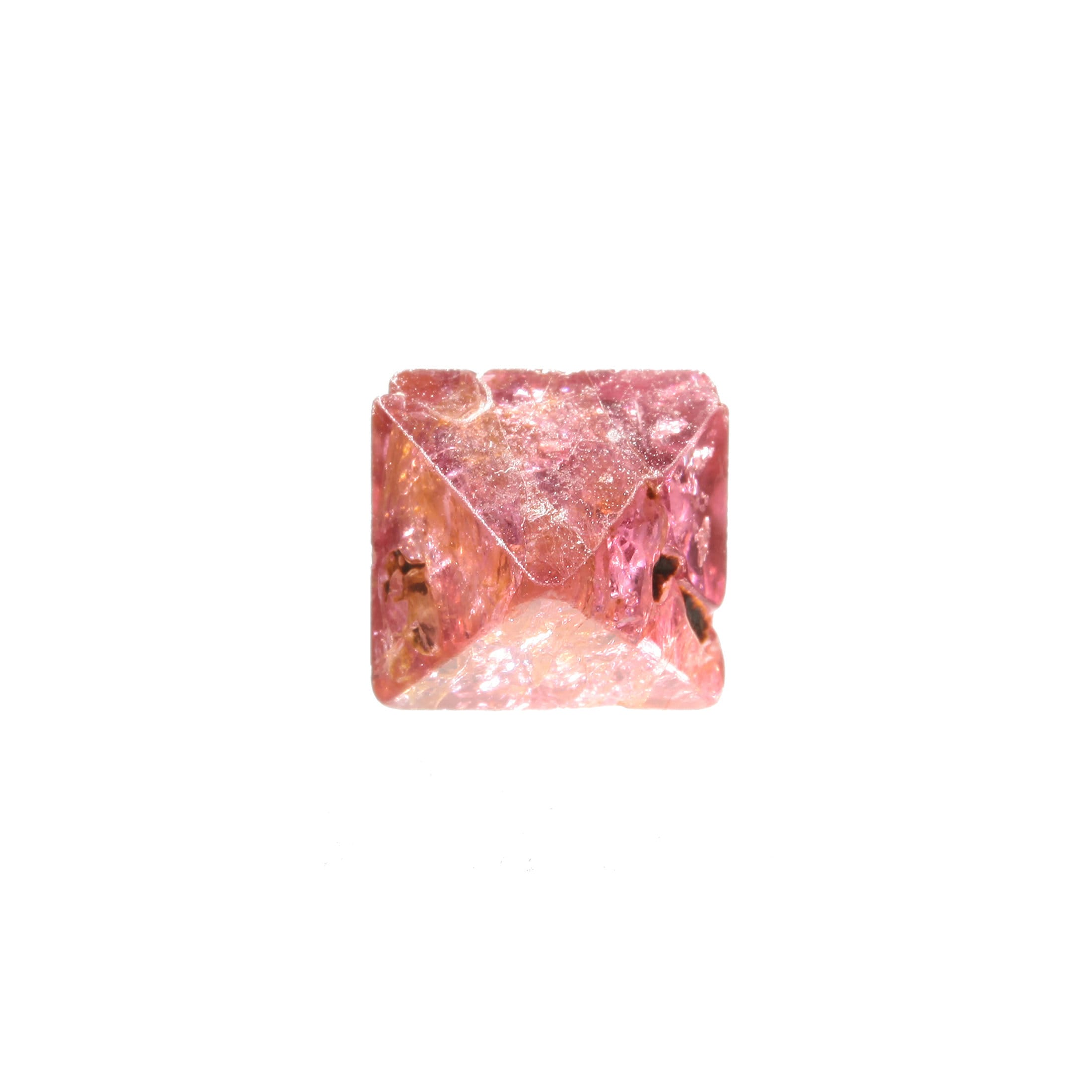 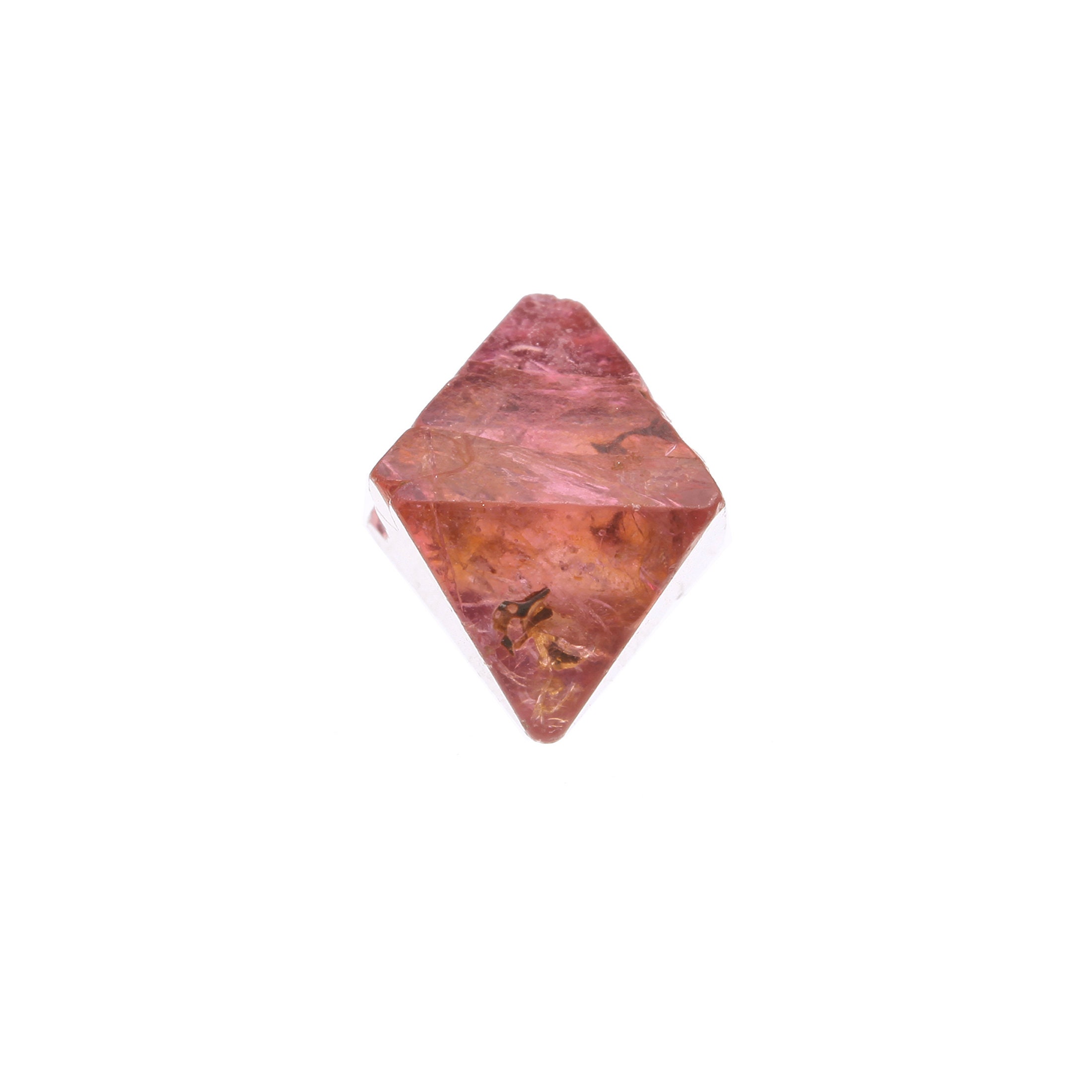 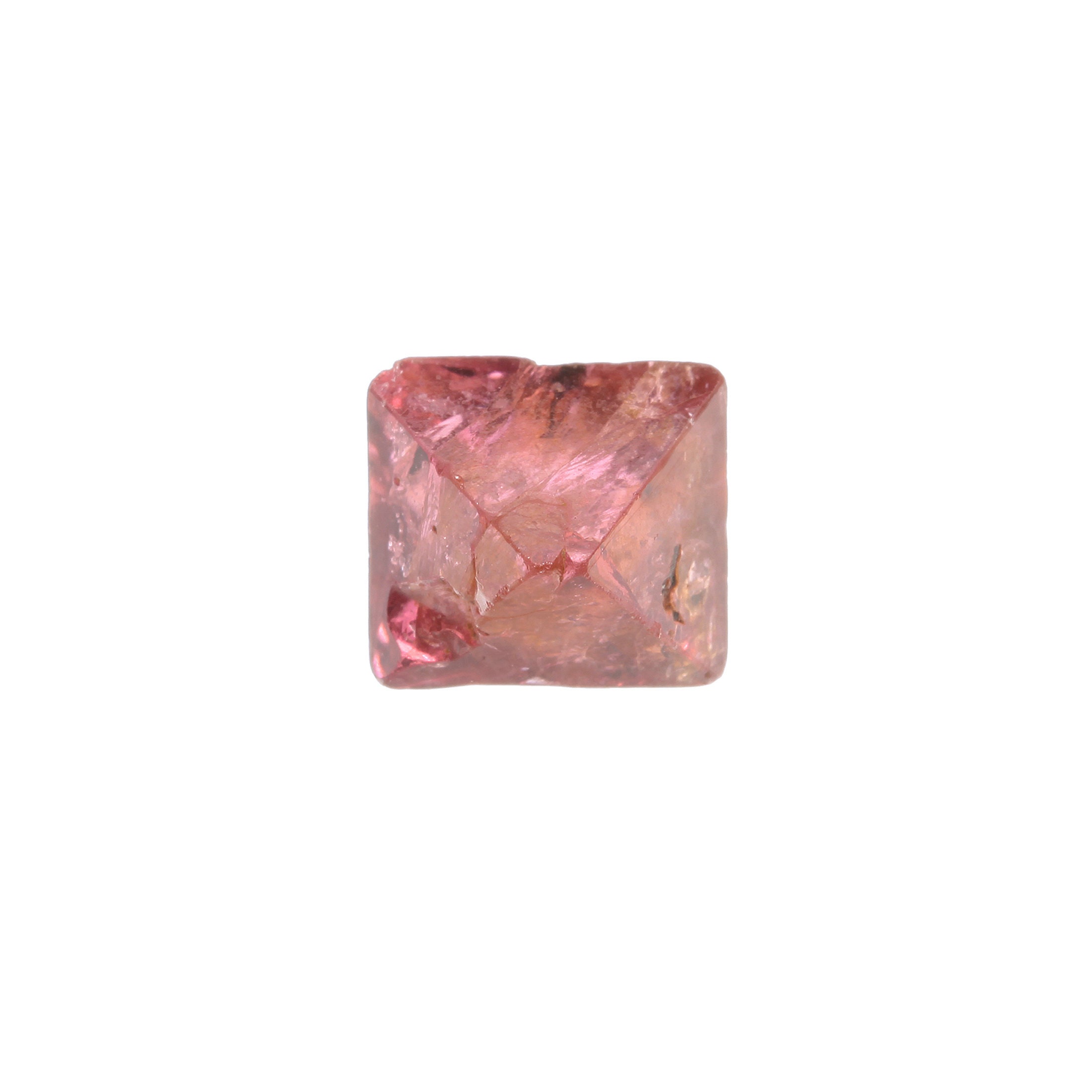 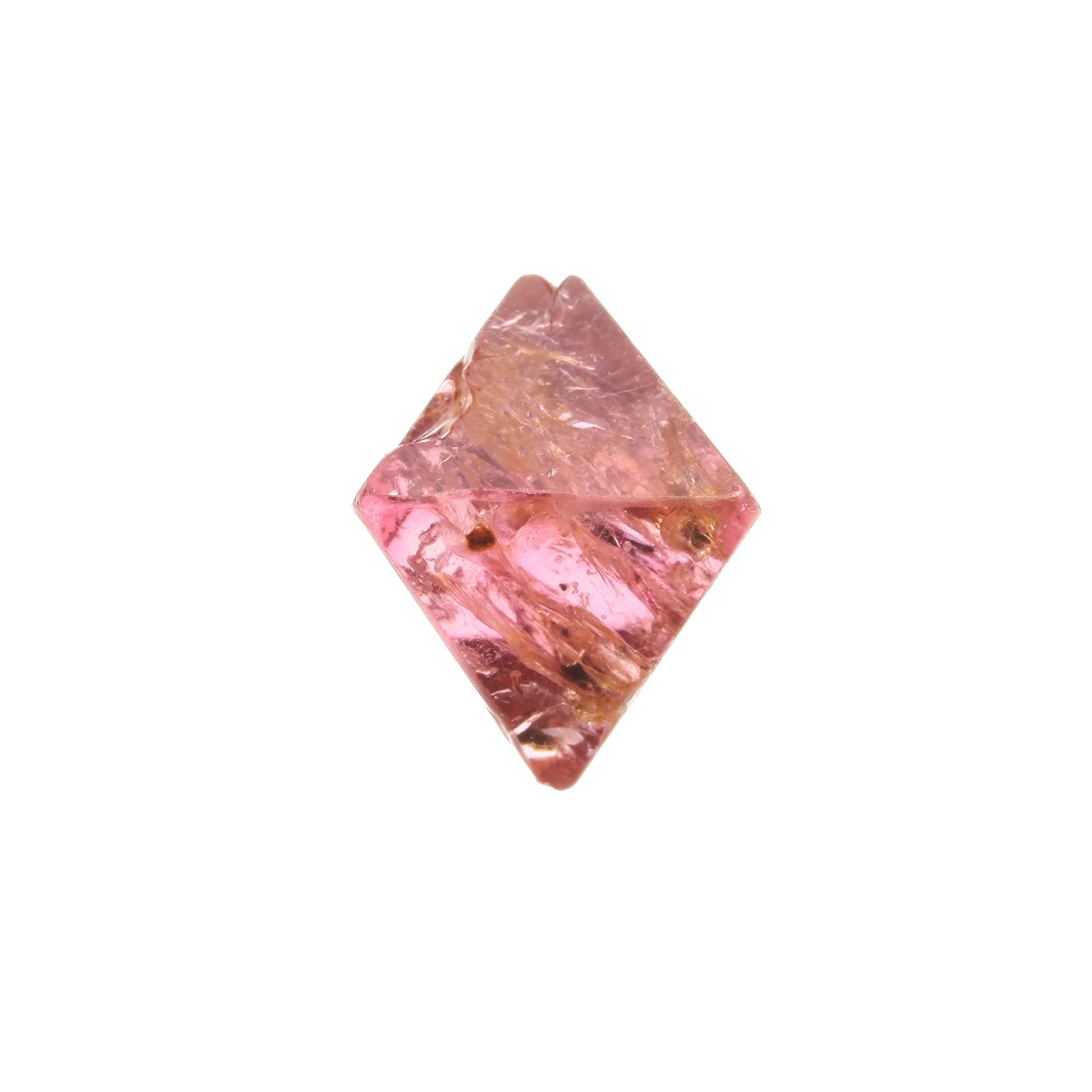 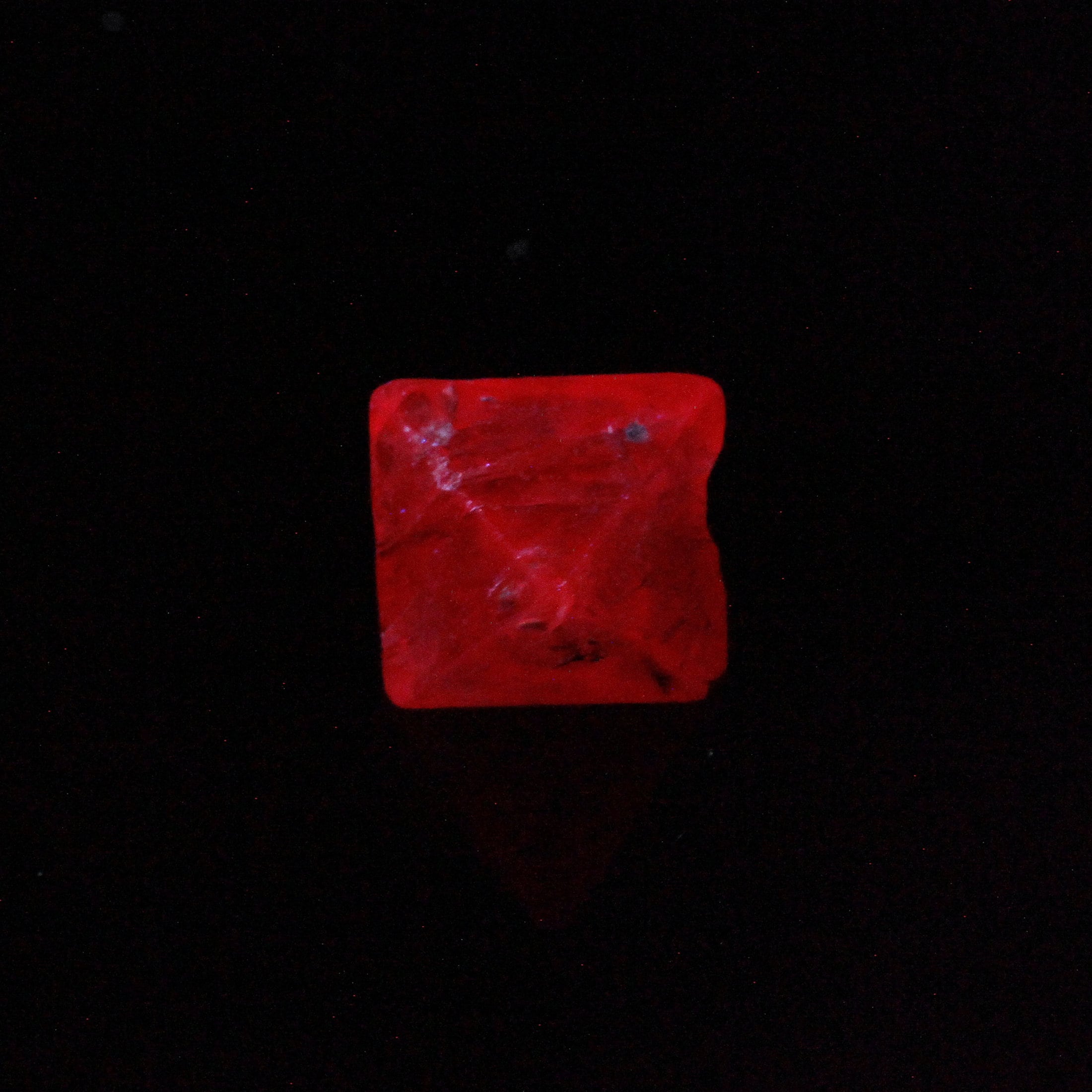 A notably sharp, very well-formed, lustrous, single floater octahedron of Spinel with a gorgeous reddish-pink interior. The crystal is rather gemmy (better than the photos might indicate), but what really sets it apart is that it contains several wispy inclusions with varying orange to pink hues that create eye-catching color combinations when the piece is backlit. The fact that the crystal is rather gemmy is significant since it measures over 1 cm, and the faces are very smooth with a glistening luster on the surface. A small indentation can be seen on one side, which is not damage, but rather an interrupted growth where the crystal was pushed up against the host rock marble in which it formed. This crystal displays a fiery glowing red fluorescence when exposed to UV light.