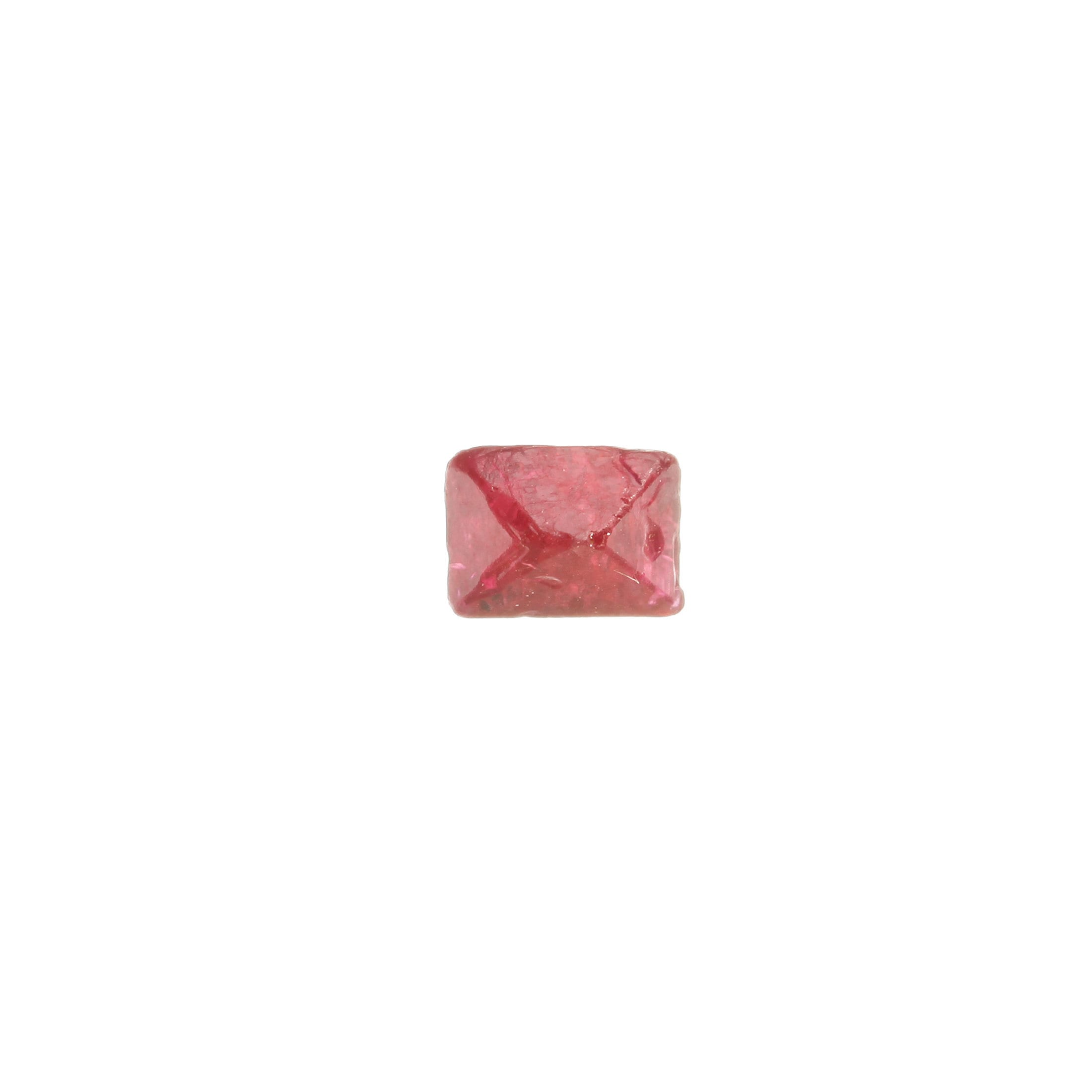 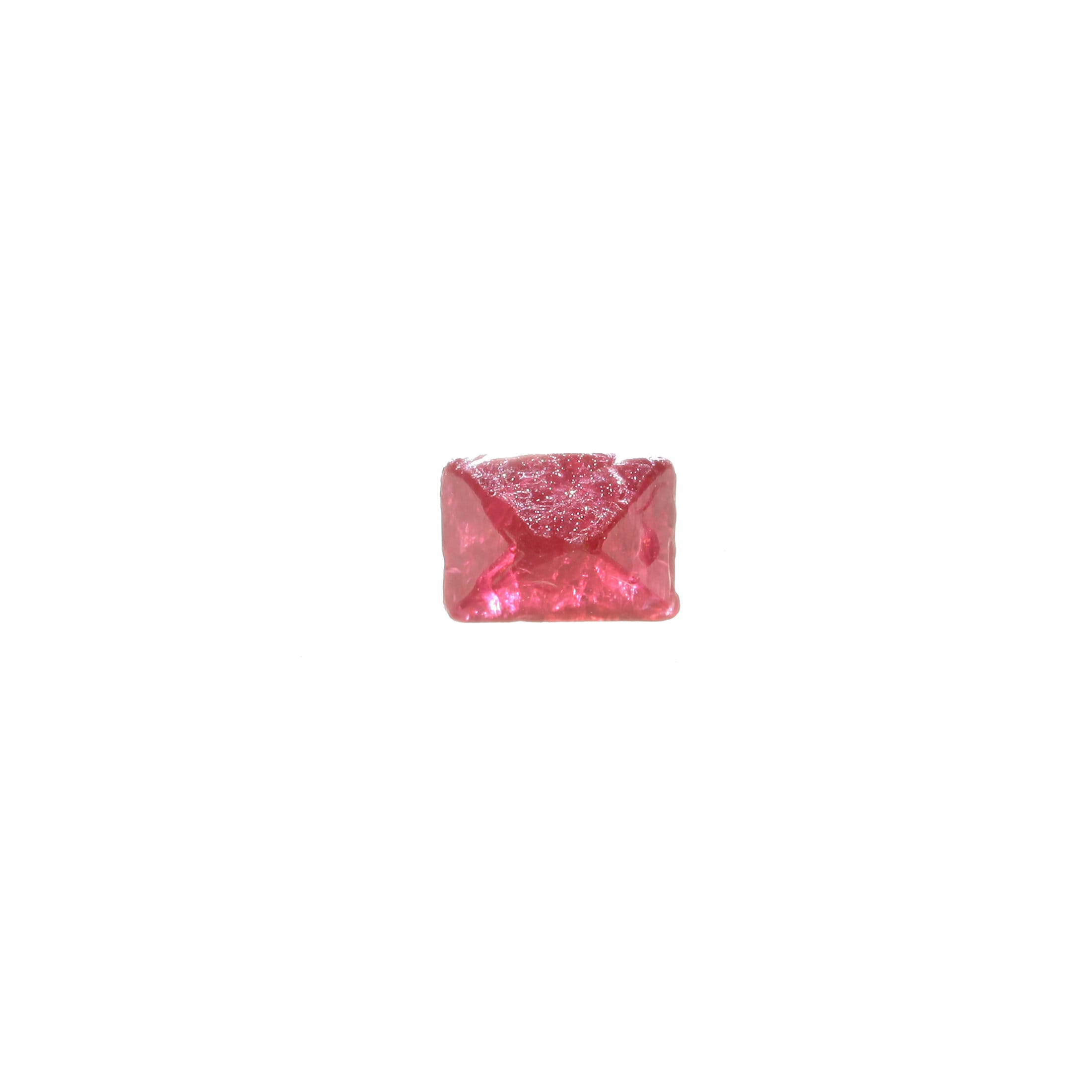 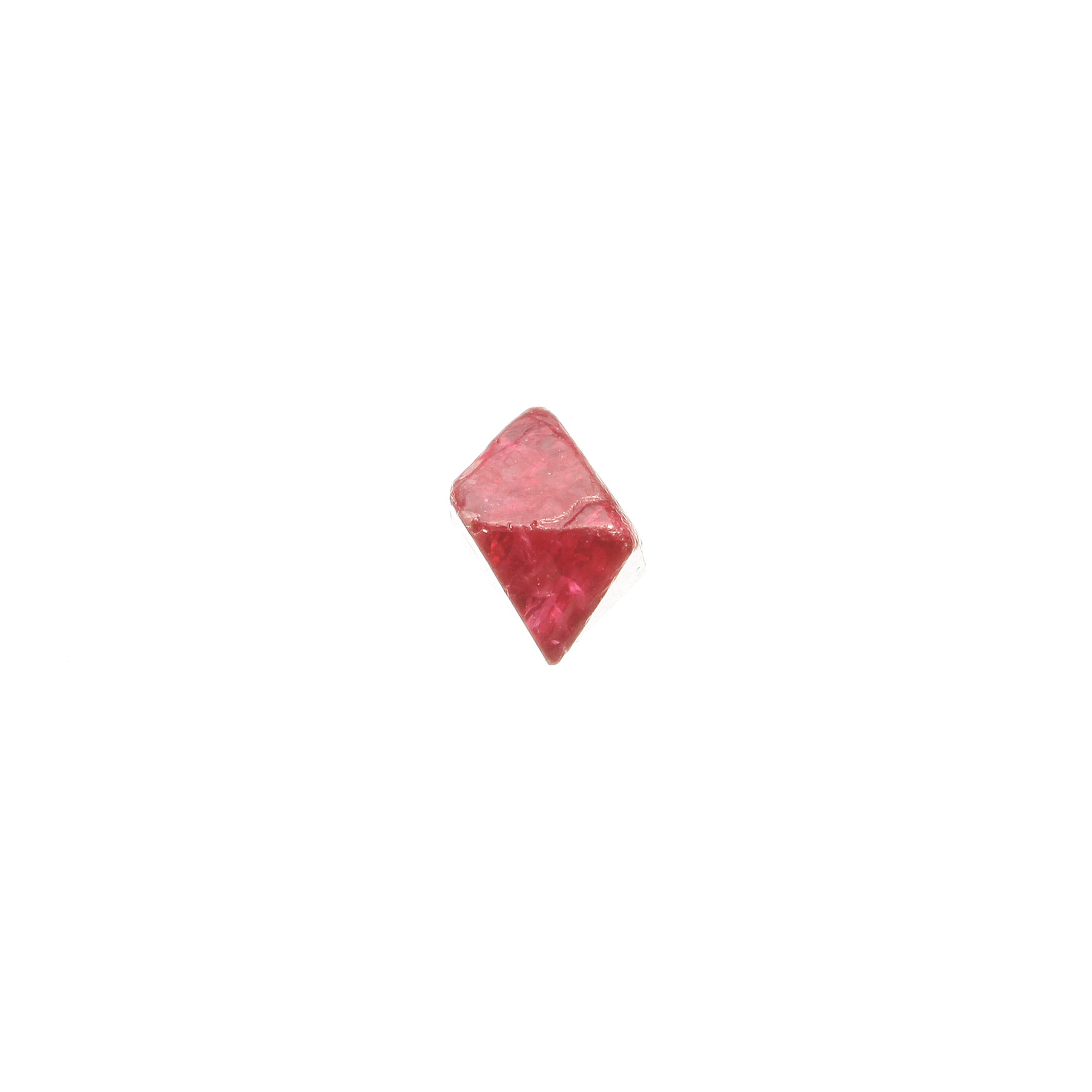 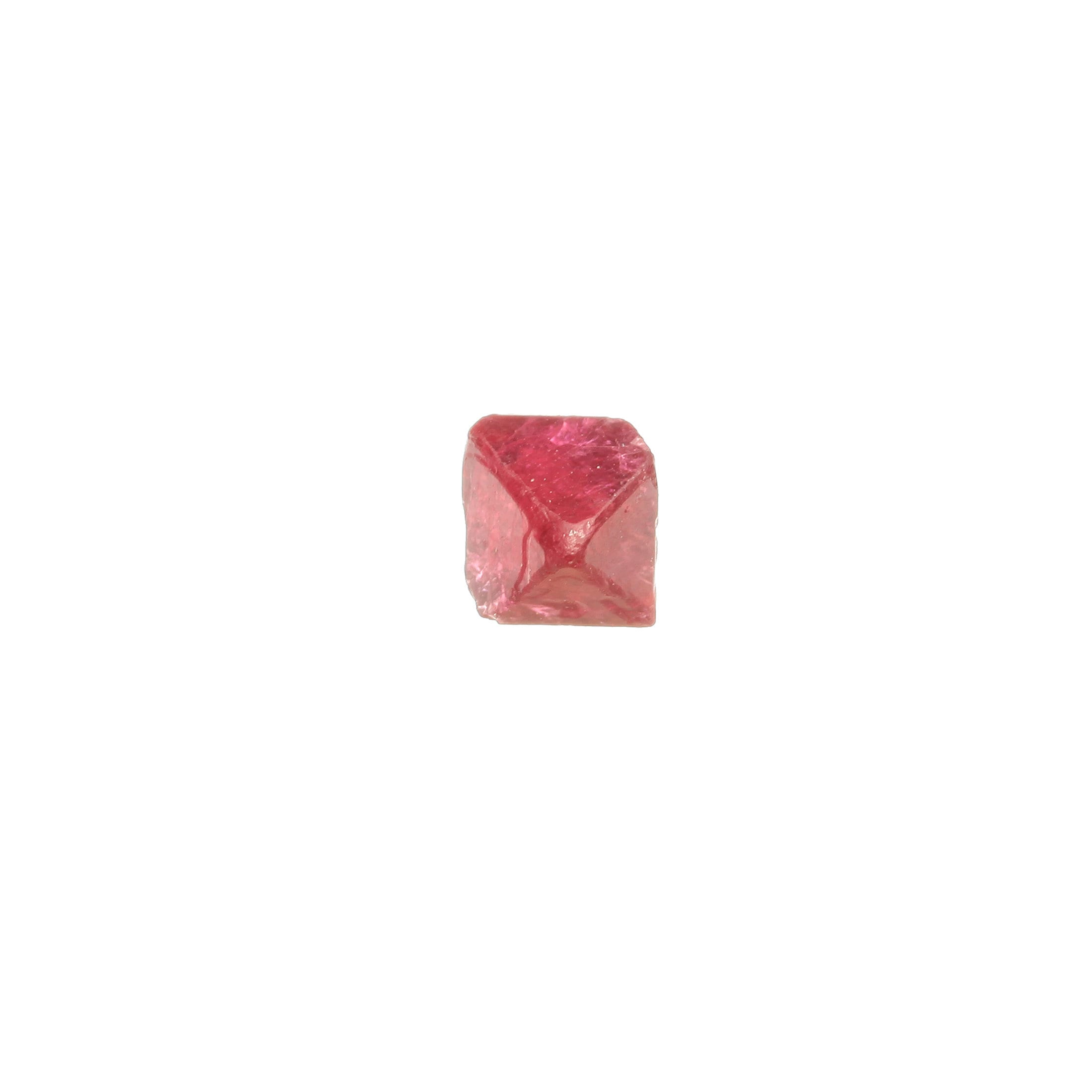 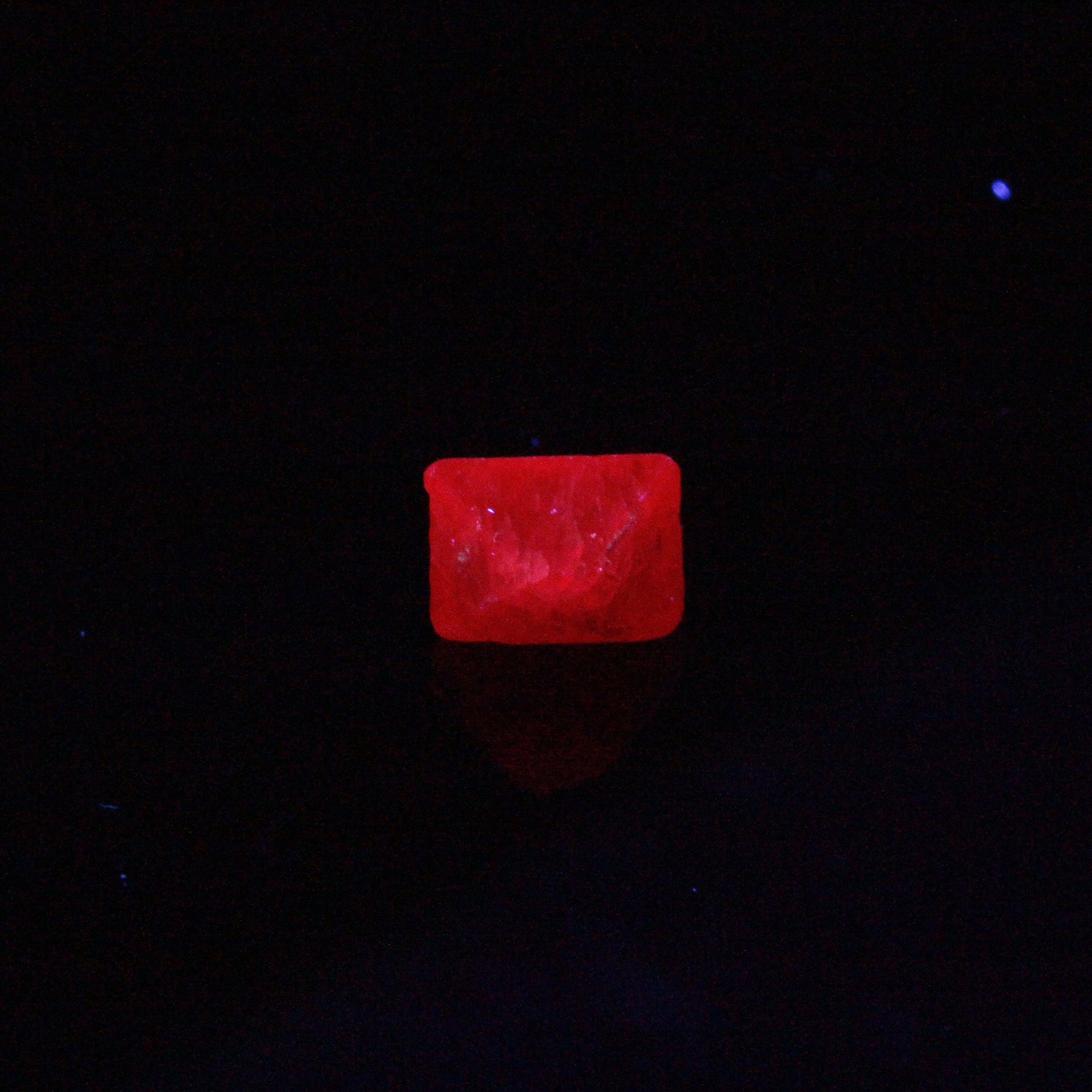 A pristine, complete "floater" crystal of "Ruby Spinel" with textbook octahedral faces, excellent luster and that classic glowing ruby red hue! These are iconic examples of the species from Mogok and a must have for any fan of gem crystals or "floater" crystals. You just don't see good quality gemmy red Spinel crystals on the market from anywhere these days, so don't miss out on this one. The piece shows beautiful glowing red fluorescence under UV light.