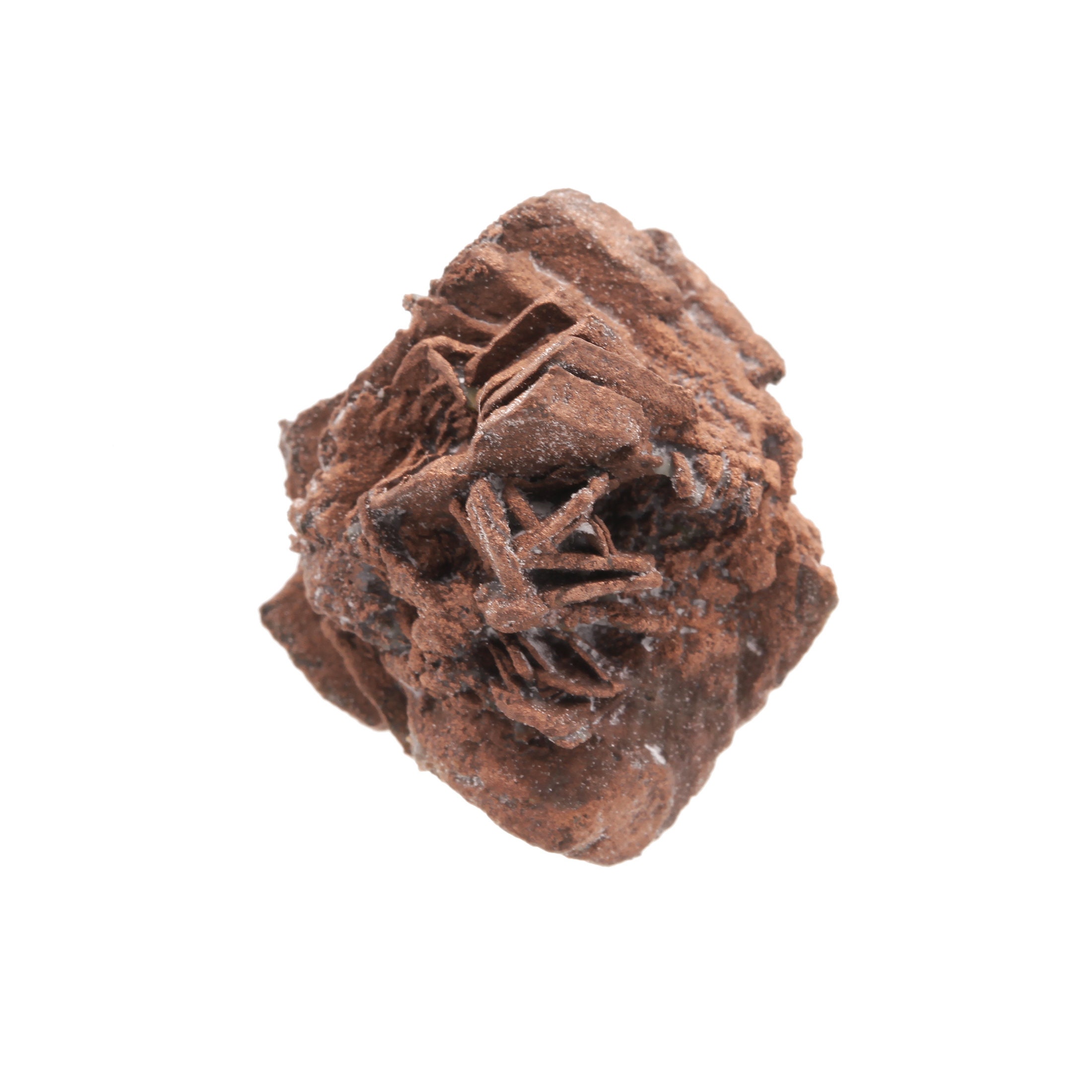 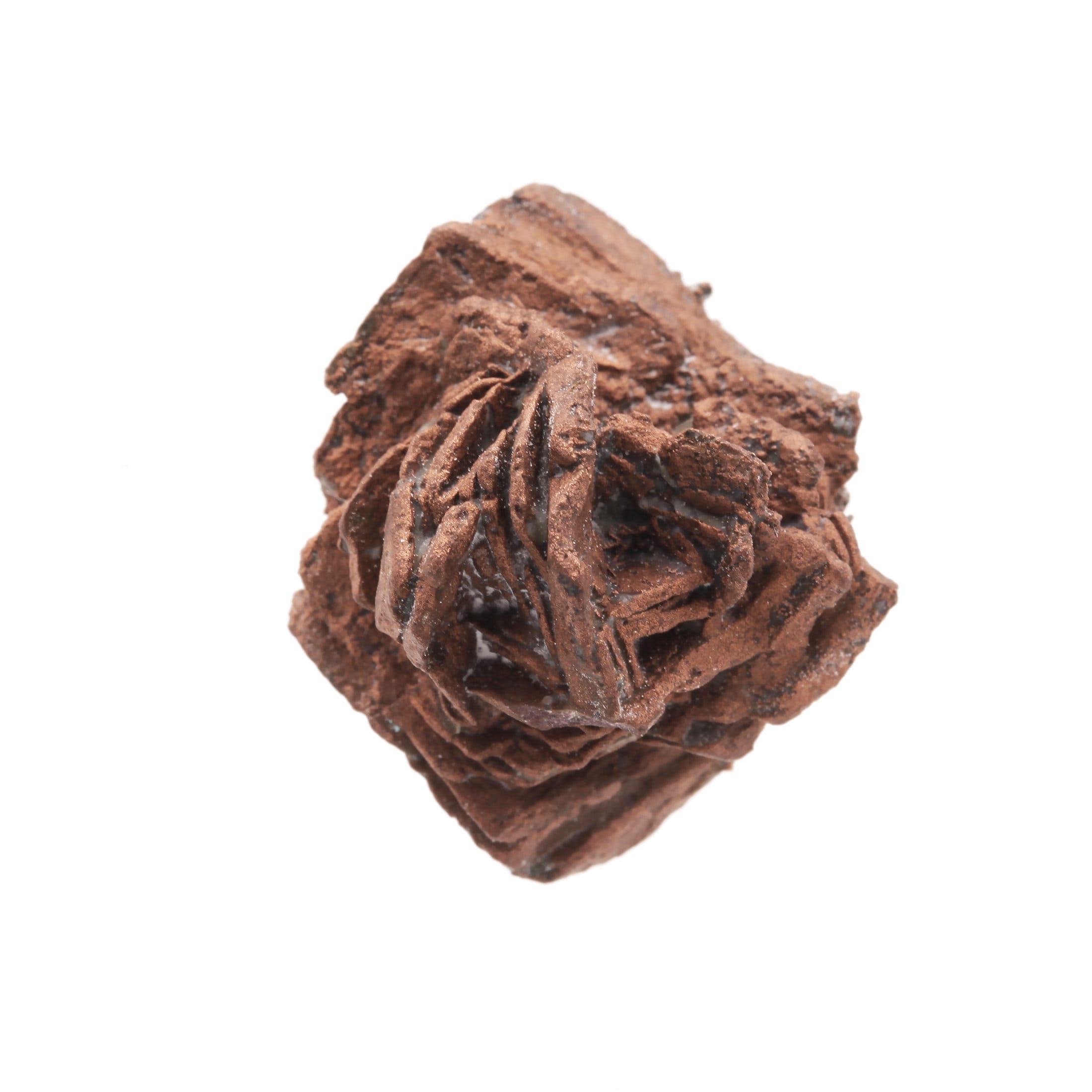 A delightful thumbnail sized "floater" pseudomorph of Copper after Azurite (commonly called a "Copper Rose") featuring an almost "pinwheel"-esque group of notably sharp, well-formed, bladed crystals spinning around on all sides. The piece is pristine and the lovely antique patina on the surface really draws the eye. I love how SHARP the crystals are on this one, even the little ones, which is not often seen in this material, as they can be sometimes cumbersome and nondescript. These specimens are some of my favorite minerals in the world. They are unique in the fact that they are not only pseudomorphs, but what makes them so rare and special is the fact that you have a native metal replacing a mineral that contains that metal. Essentially these specimens started out as a deposit of Native Copper that was oxidized and combined with carbonate molecules to form crystallized "rosettes" of Azurite. Then a second deposit of Native Copper arrived, which completely coated and replaced the preexisting Azurite. It is, to the best of my knowledge, the only instance in the mineral world where a specimen starts out as a native metal, alters to a secondary mineral in an oxidized zone of said metal, and is eventually replaced by the same native metal, essentially taking it back to its original state. This is why the "Copper Roses" from New Mexico are so extraordinary.