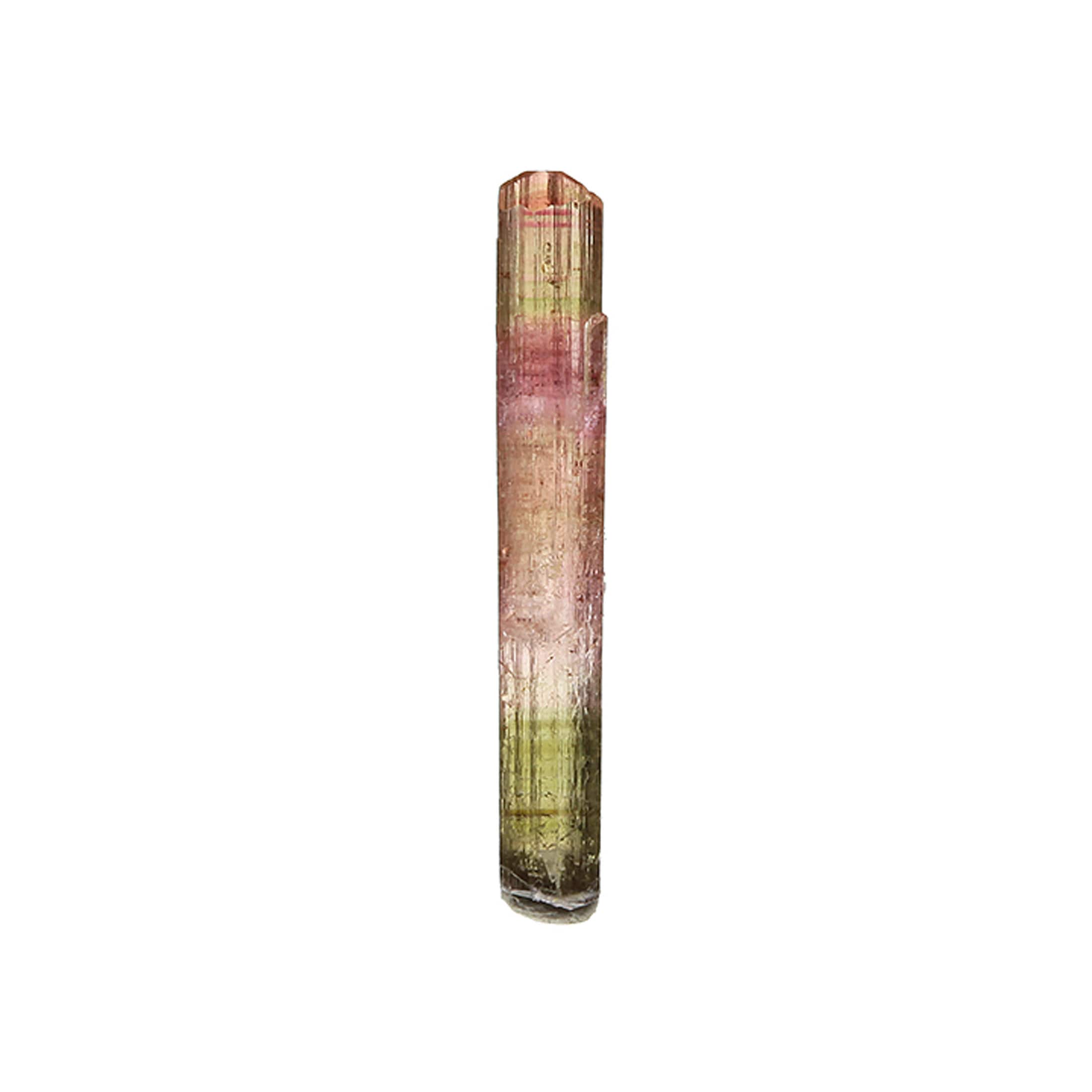 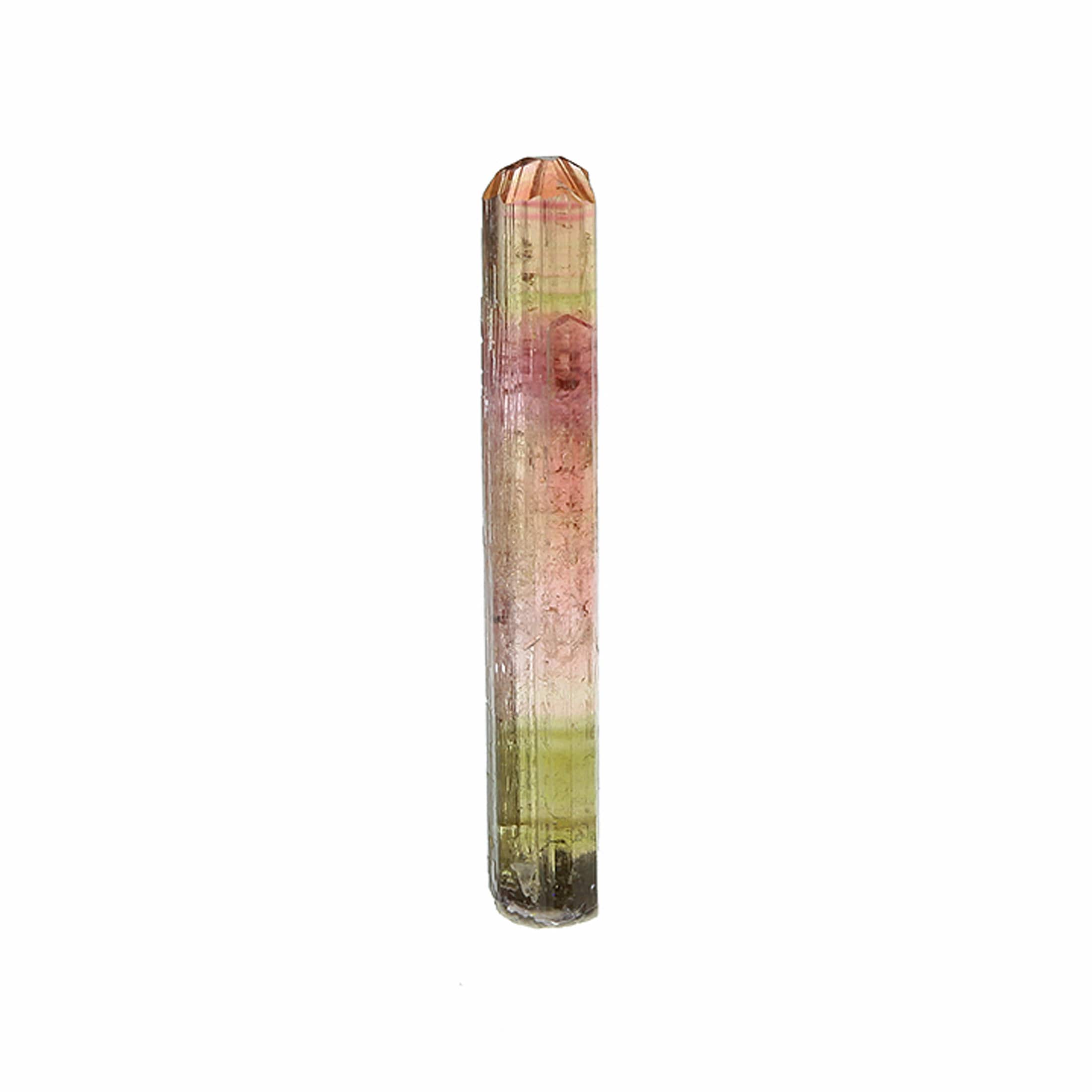 A beautiful pink and green gemmy “pencil” of Liddicoatite from the Sahatany Valley. The crystal is doubly-terminated, with one distinct pyramidal termination on one end, and a partial termination on the other end where it appears to have grown against the pocket wall. No damage and a beautiful little colorful example of this interesting material. It should be noted that this crystal was sold to me as being Liddicoatite which was originally named after the gemologist Richard Liddicoat, the former president of the Gemological Institute of America. As of 2011, Liddicoatite is a “non-approved” mineral species (it’s now called Fluor-Liddicoatite), but for the purposes of this crystal, I'm going to refer to it as Liddicoatite, which is part of the ever re-defined and confusing Tourmaline Group.