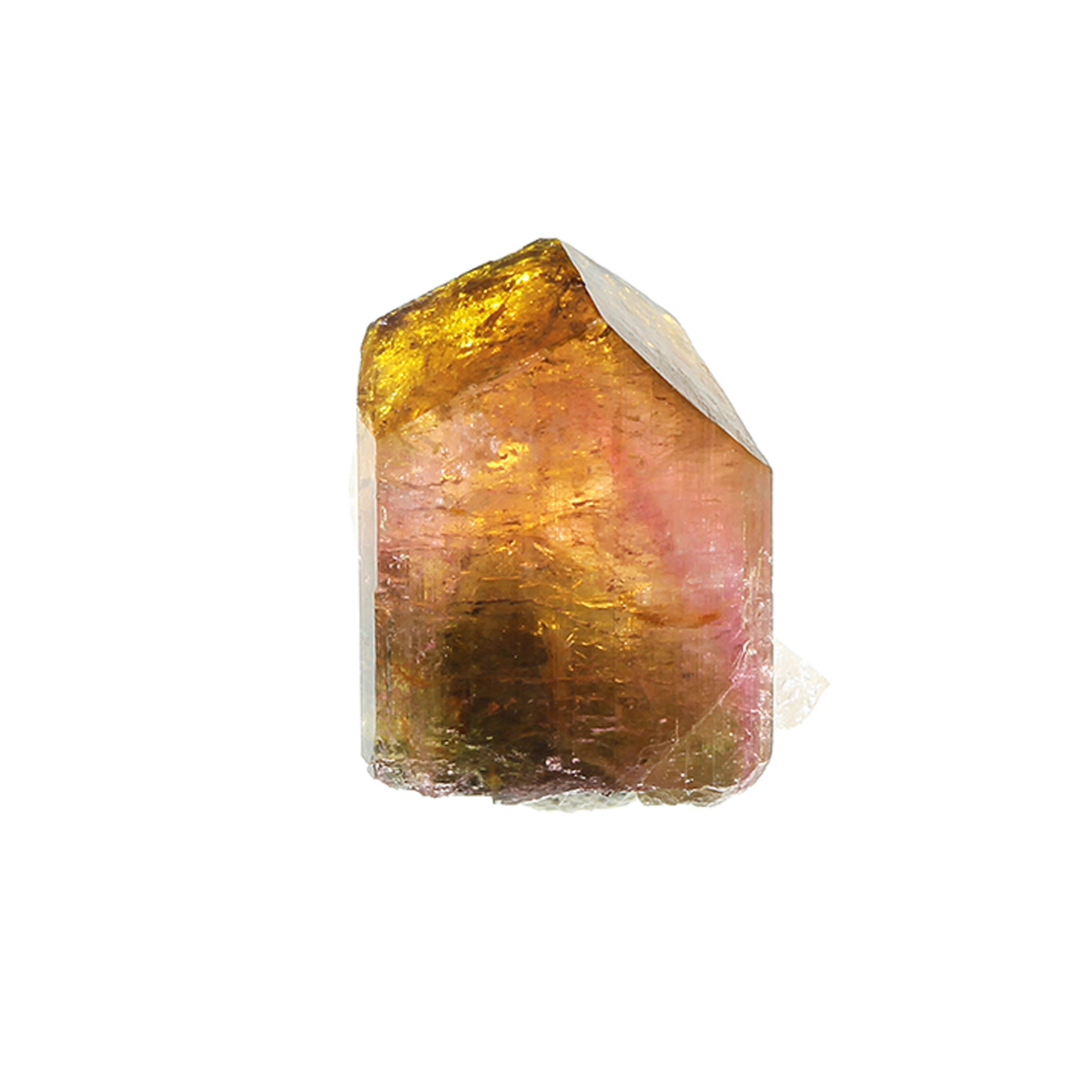 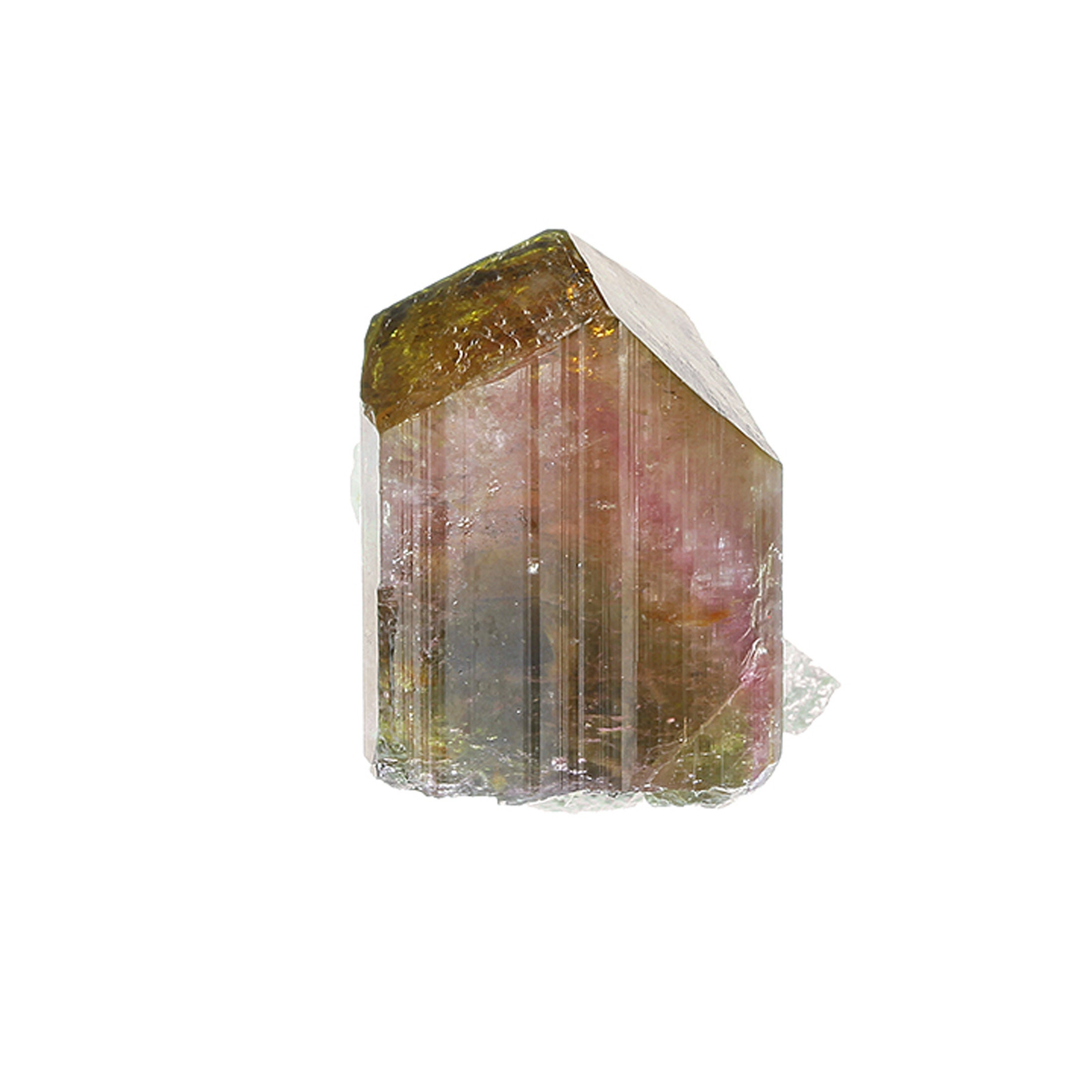 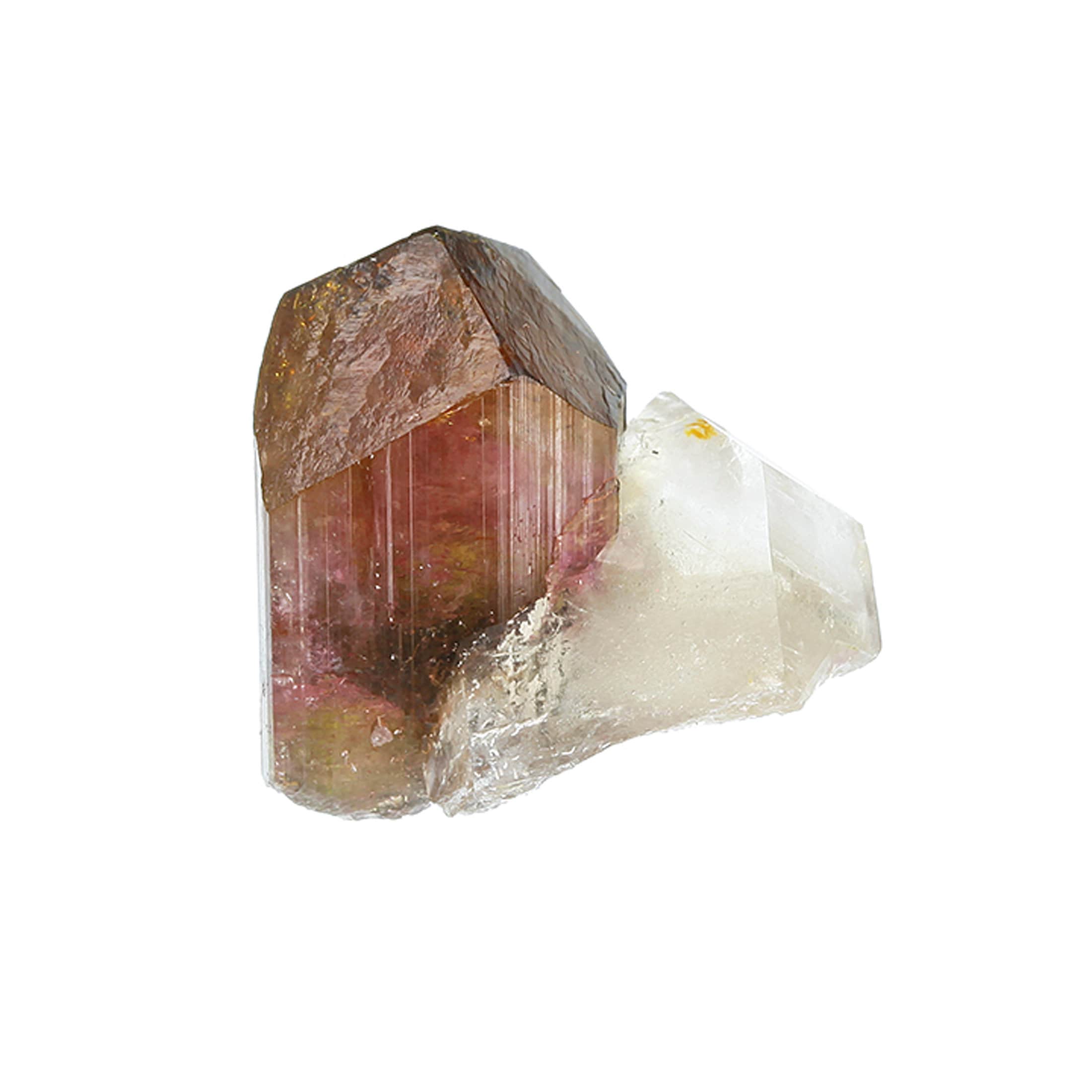 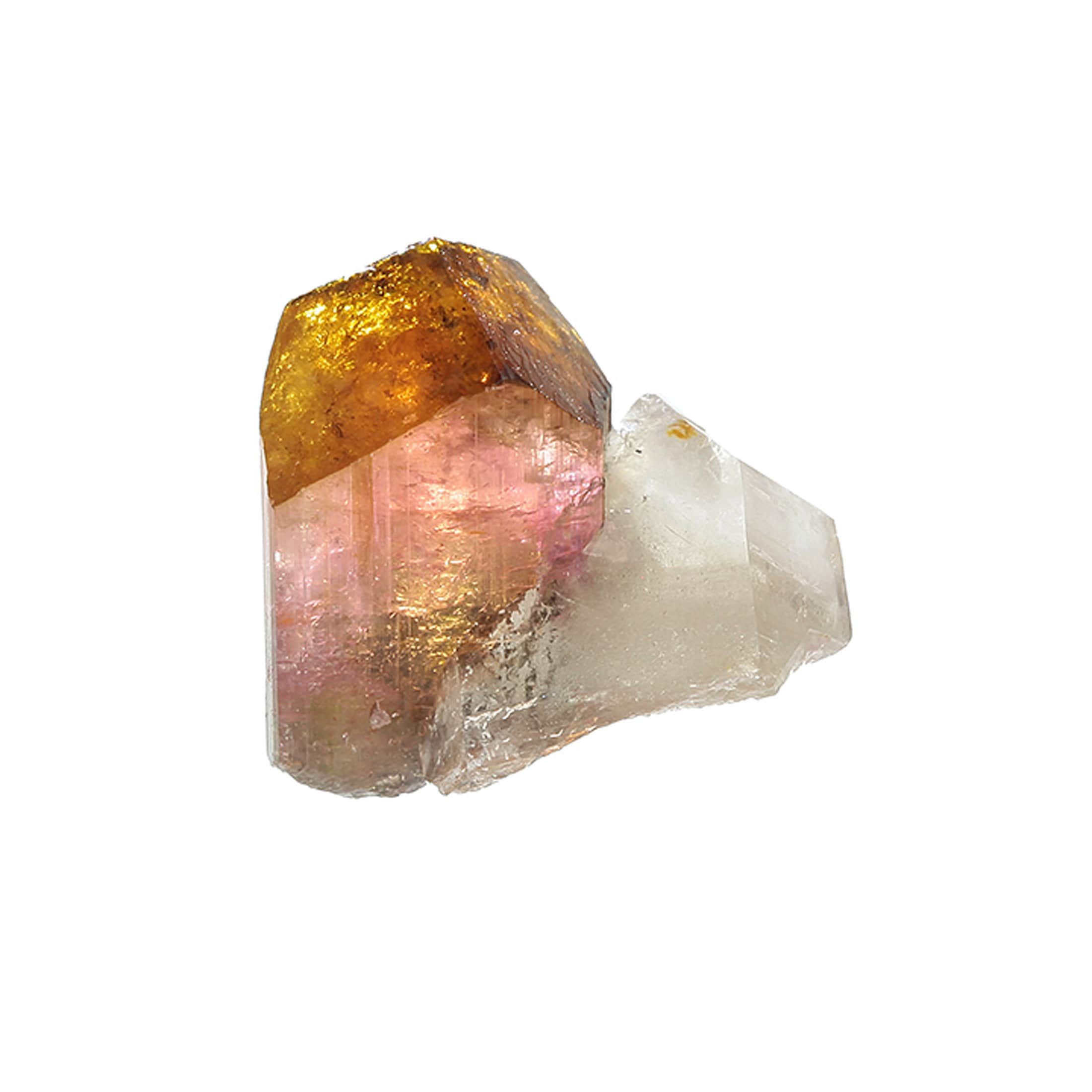 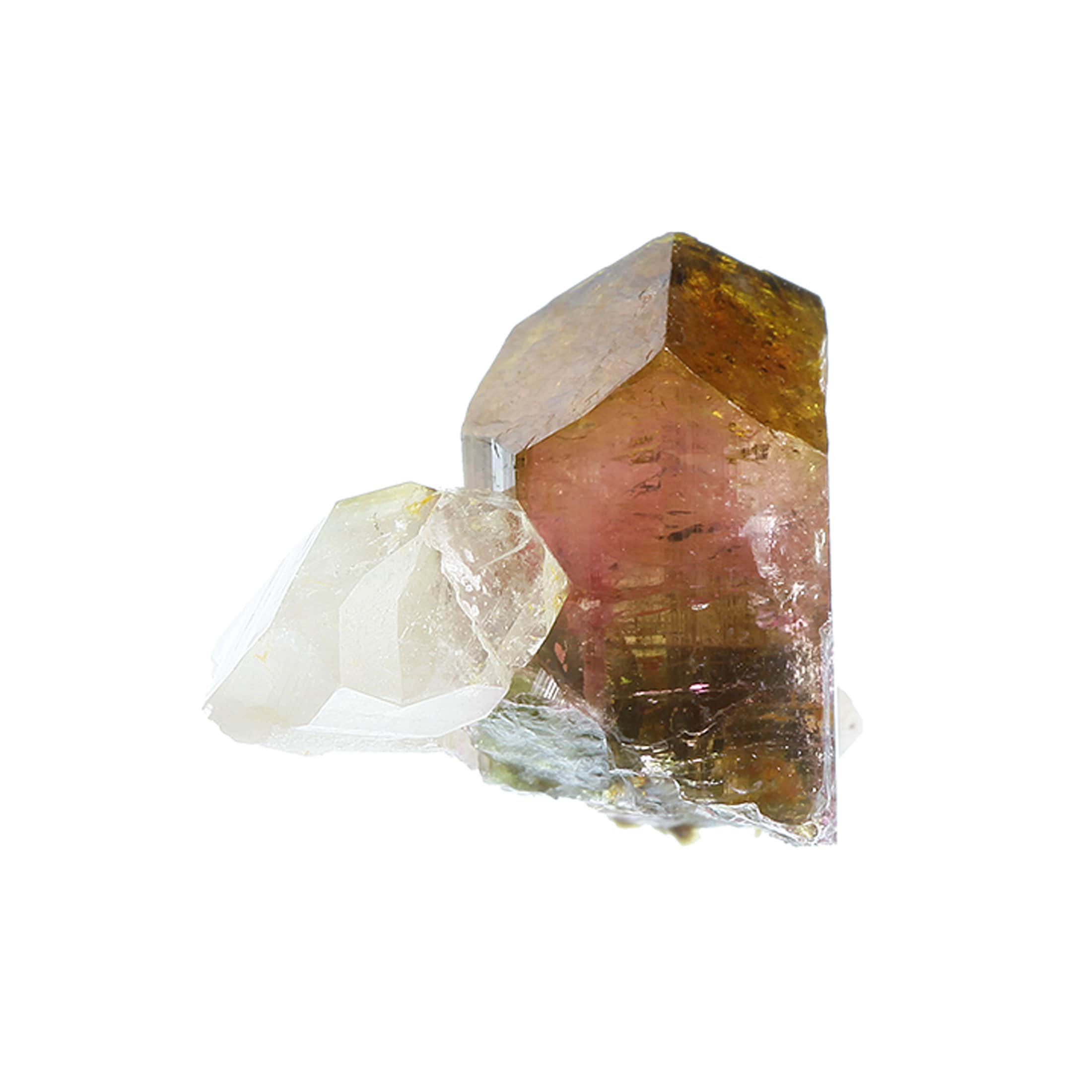 At the end of 2011, there was a find of some attractive Tourmaline specimens from the Sahatany Valley of Madagascar. This crystal was sold to me as being Liddicoatite, but as of 2011, Liddicoatite is a “non-approved” mineral species (it’s now called Fluor-Liddicoatite), but for the purposes of this crystal, I'm going to refer to it as Liddicoatite. There are more localities for Liddicoatite in Madagascar than any other country worldwide. Originally, it was named after the gemologist Richard Liddicoat, the former president of the Gemological Institute of America. Many of you are probably familiar with the great multi-color polished slabs of Tourmaline from Madagascar that show a wonderful array of patterns and color arrangements, but typically Liddicoatite is not often seen in euhedral, well-terminated crystals. This specimen is an excellent crystal for any Tourmaline collector as it has superb form, luster and sharpness, and a rarely seen orange color on the termination. The rest of the crystal shows shades of pink and greenish hues, but the most important part of the specimen is that fact that it has a bit of attached crystallized Quartz, which is HARD to find in Tourmalines from Madagascar! The Liddicoatite is certainly gemmy when backlit, and has top luster, with virtually no real damage to speak of. A beautiful and rare Tourmaline crystal.